Staff allegedly asked her, "don't you know the cruise is always overbooked?".

As the year draws to a close, many are looking to treat themselves to a short getaway. And with travel options still rather limited, some have taken to going on cruises.

However, when checking in to her cruise trip, a woman was allegedly told by Dream Cruises that they were overbooked and she was denied entry.

On Saturday (27 Nov), the woman took to TikTok to air her grievances, saying she was treated rudely by staff and was not offered a refund.

She hopes the company can rectify the situation and give clearer instructions in the future.

Staff denies woman entry to cruise, says they were overbooked

On Saturday (27 Nov), the woman shared on a TikTok video that she was denied entry to her Dream Cruises trip as they were overbooked. 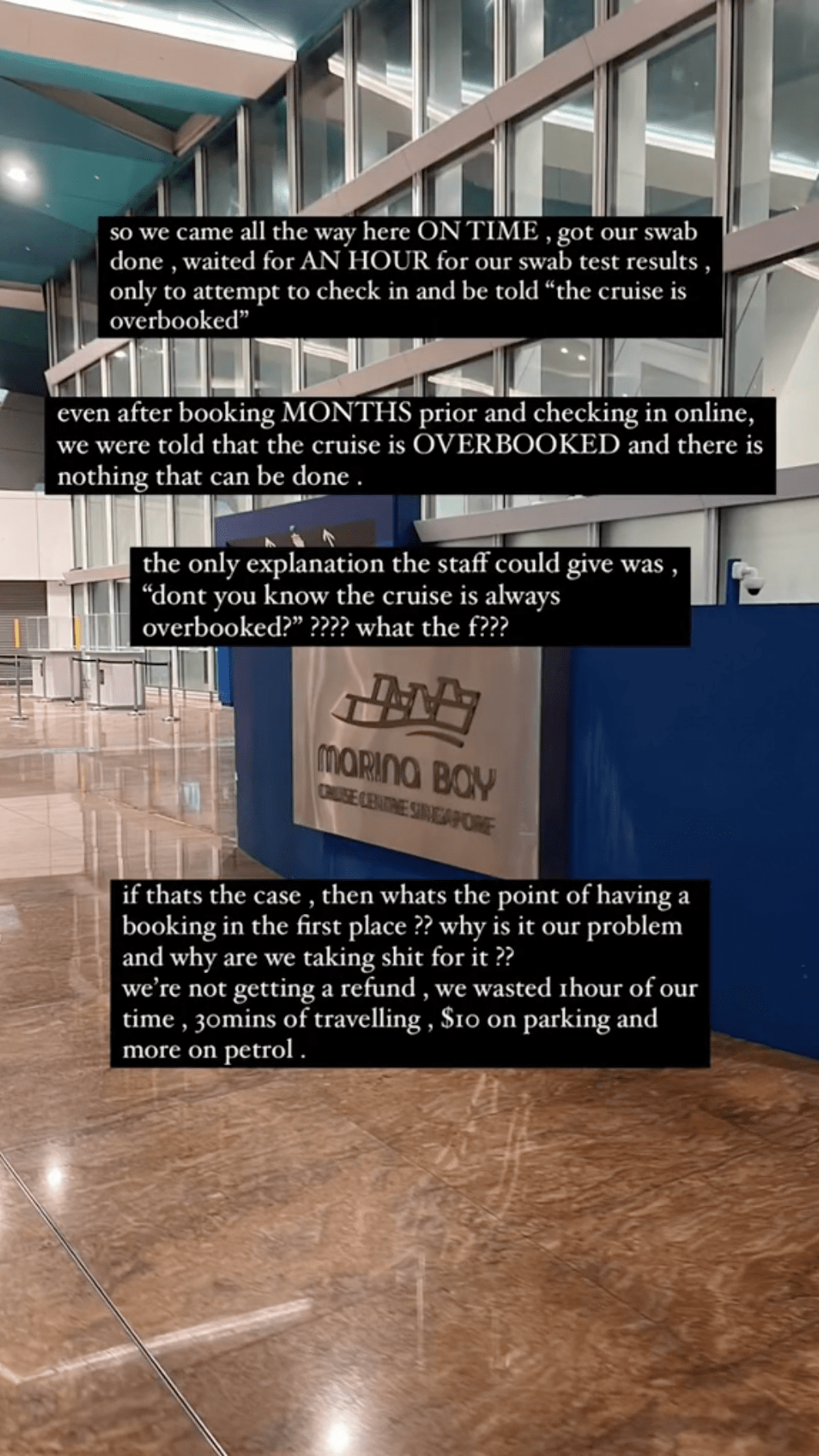 She received the bad news only after arriving on time and waiting an hour for her swab test results.

Recounting the incident that occurred on Friday (26 Nov), she said she received her ART test result at about 6.25pm. 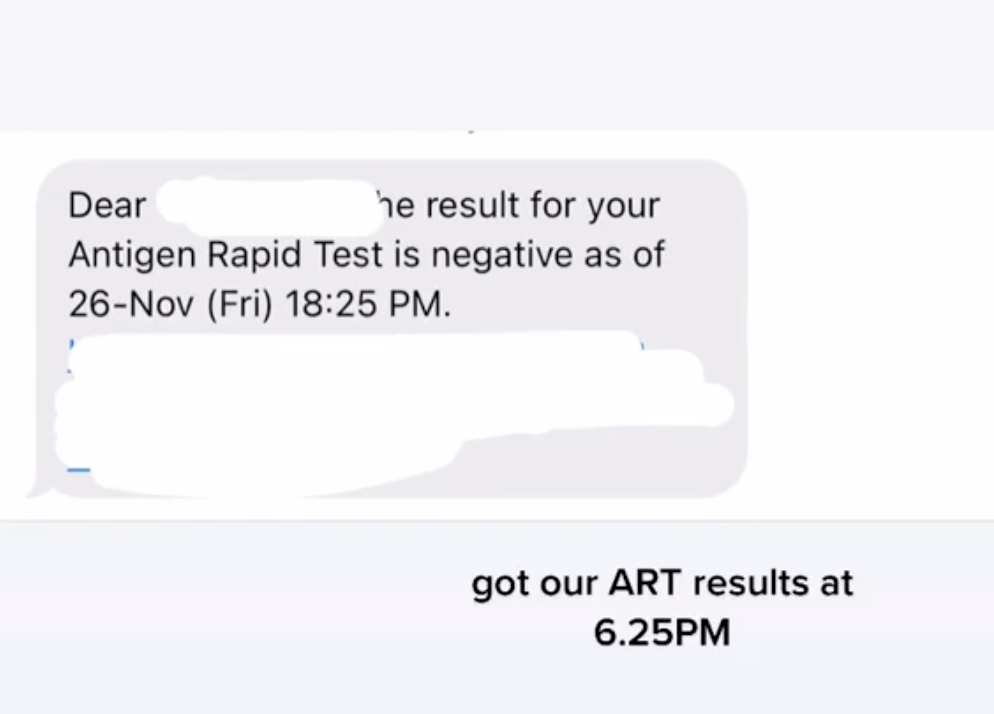 On the ticket, it was noted that the last boarding time was at 7pm.

However, she was simply handed a passenger denial slip of paper, saying that she would not be able to board the World Dream ship due to over-capacity. 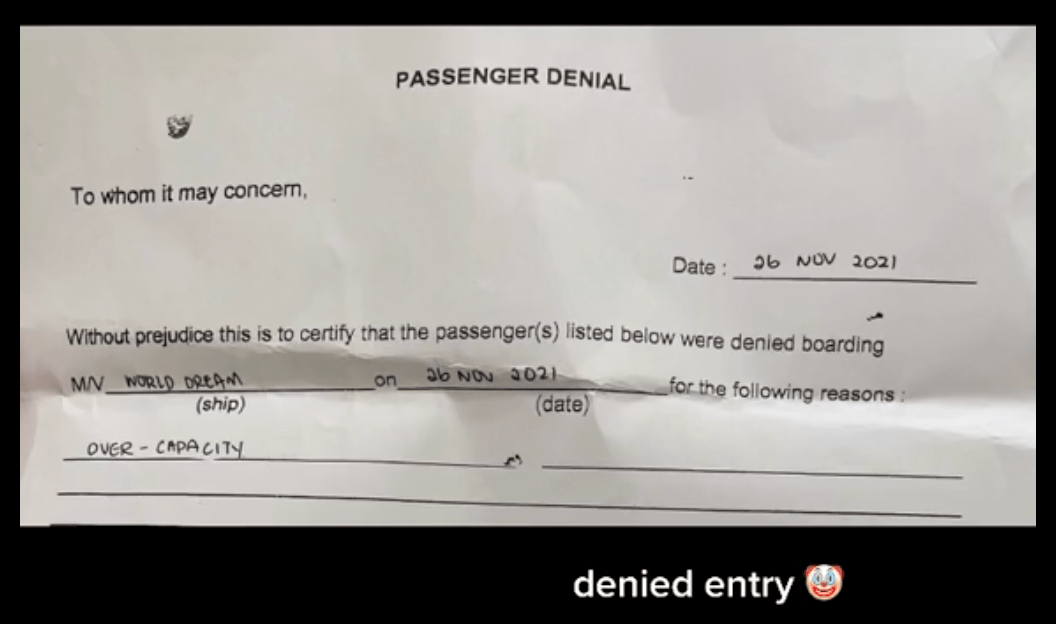 The woman had apparently made the booking online months prior to this and had also checked in online earlier on.

When she sought an explanation, staff only responded, “Don’t you know the cruise is always overbooked?”

The woman questioned why the booking was even approved in the first place if this was the case.

In a 2nd TikTok video, the woman shared that she was not informed of any refund procedures. 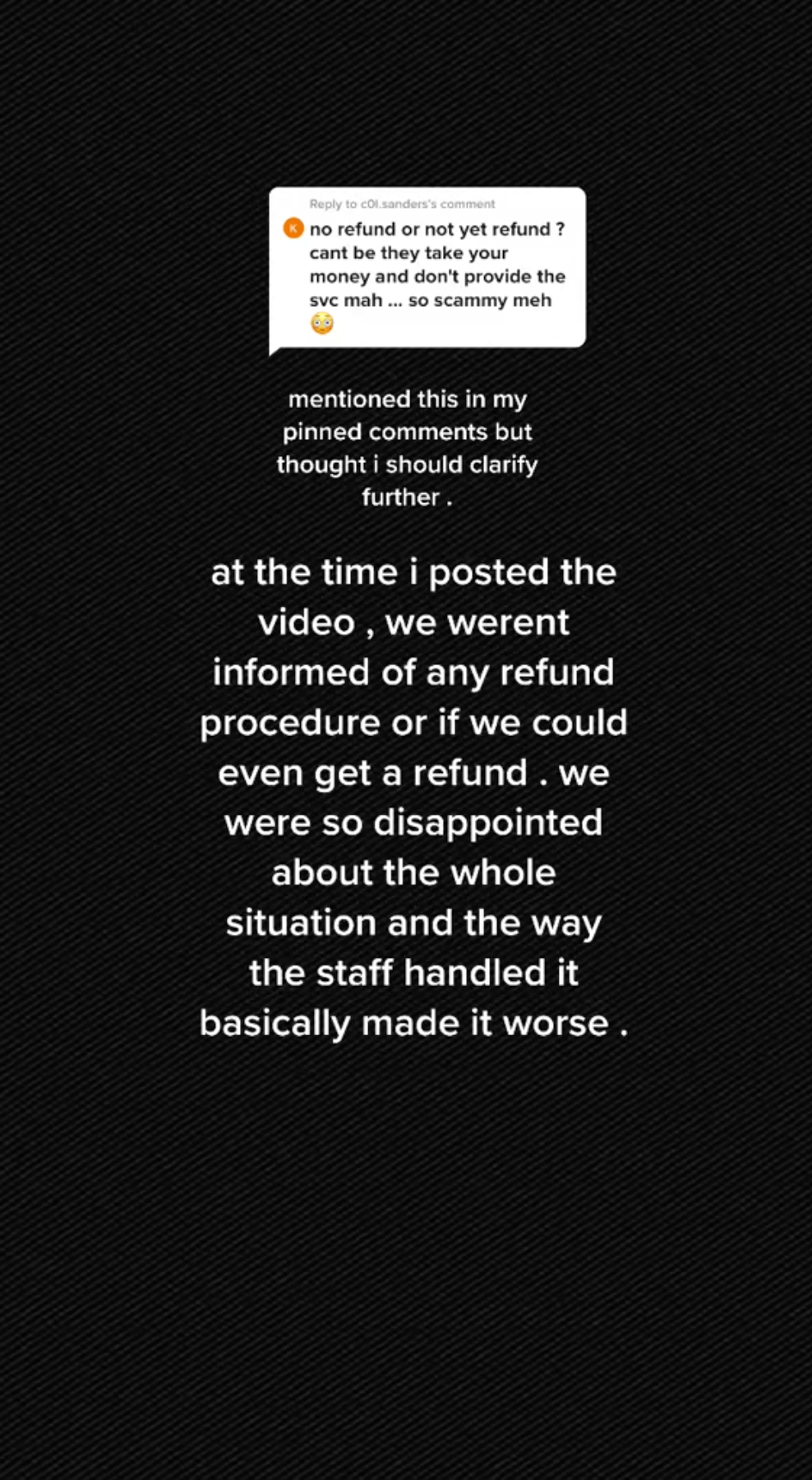 However, she has since emailed Dream Cruises to request a refund and is still awaiting their reply.

She continued that she did not raise this issue to get a refund. The woman said it was about how she had taken the time to travel down, to get tested, and wait for her test results, only to be casually told she was denied on board. 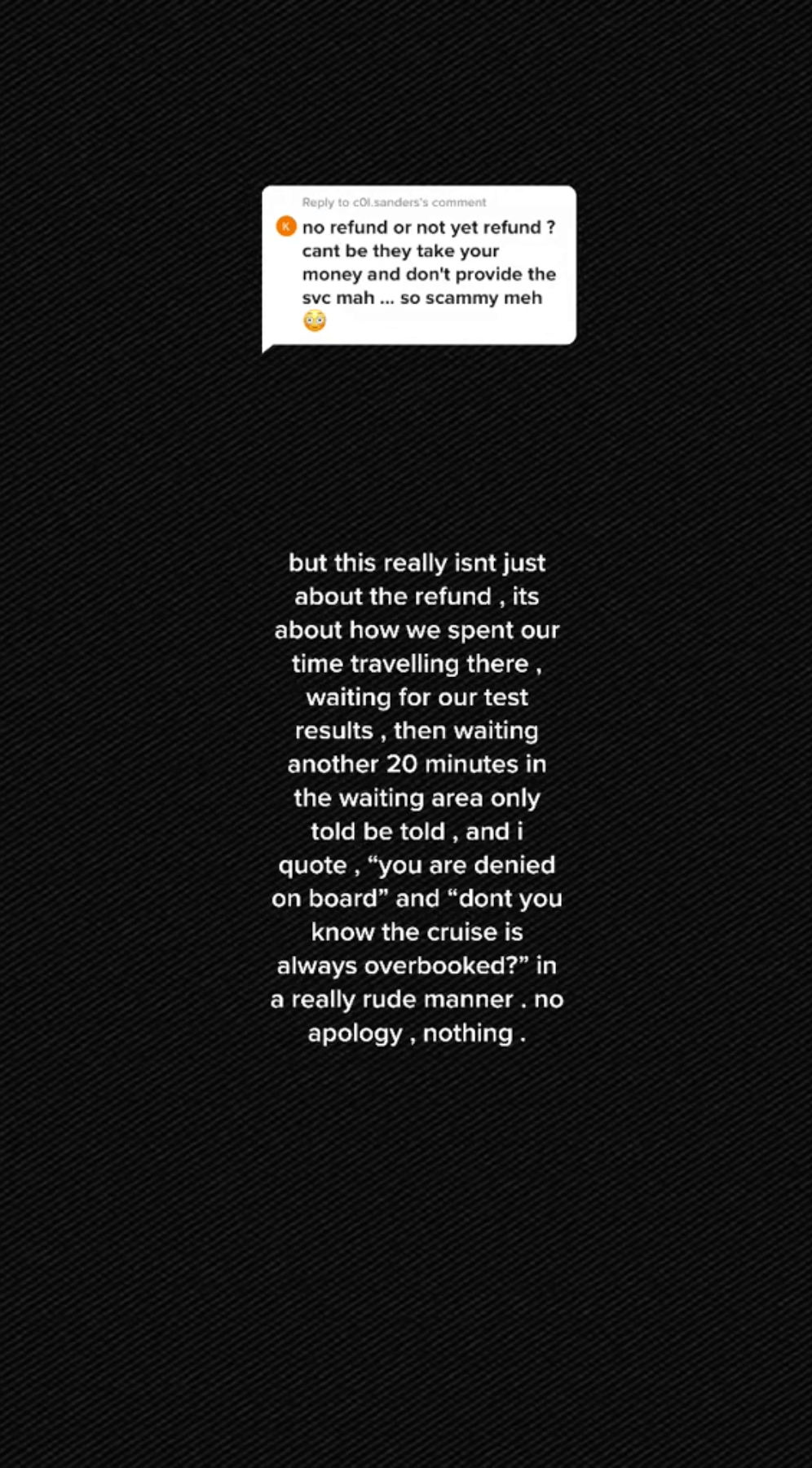 Throughout the time, staff allegedly did not apologise or give further instructions on what to do or how the company is rectifying the situation. She added that the staff was apparently rude when she tried to ask about the situation.

The woman said it was really frustrating, especially because she had made the booking months back in August.

Commenting on the woman’s bad experience, some netizens felt that Dream Cruises should have a better system in place if they are “always overbooked”.

Others said that while overbooking is common, the company should have handled the situation better.

This netizen said that a refund should be given in such a situation, customers should not have to ask for it.

According to the OP, Dream Cruises has called her and the parties are currently liaising further on what to do regarding the situation.

MS News has reached out to Dream Cruises for a statement on the matter.

Hope Dream Cruises makes it up to the woman

After making the necessary bookings and tests, the woman’s frustration is understandable.

It is unfortunate that what was supposed to be a relaxing getaway was marred like that.

Hopefully, the parties can come to an amicable solution.

Featured image adapted from Dream Cruises and carrrys on TikTok.