When on the roads, motorists driving large vehicles have to be extra vigilant for pedestrians.

Unfortunately for a 54-year-old woman, a bus driver knocked into her as she was crossing Bedok North Road on Monday (7 Dec).

Injured, the lady laid on the ground while awaiting medical personnel to arrive. 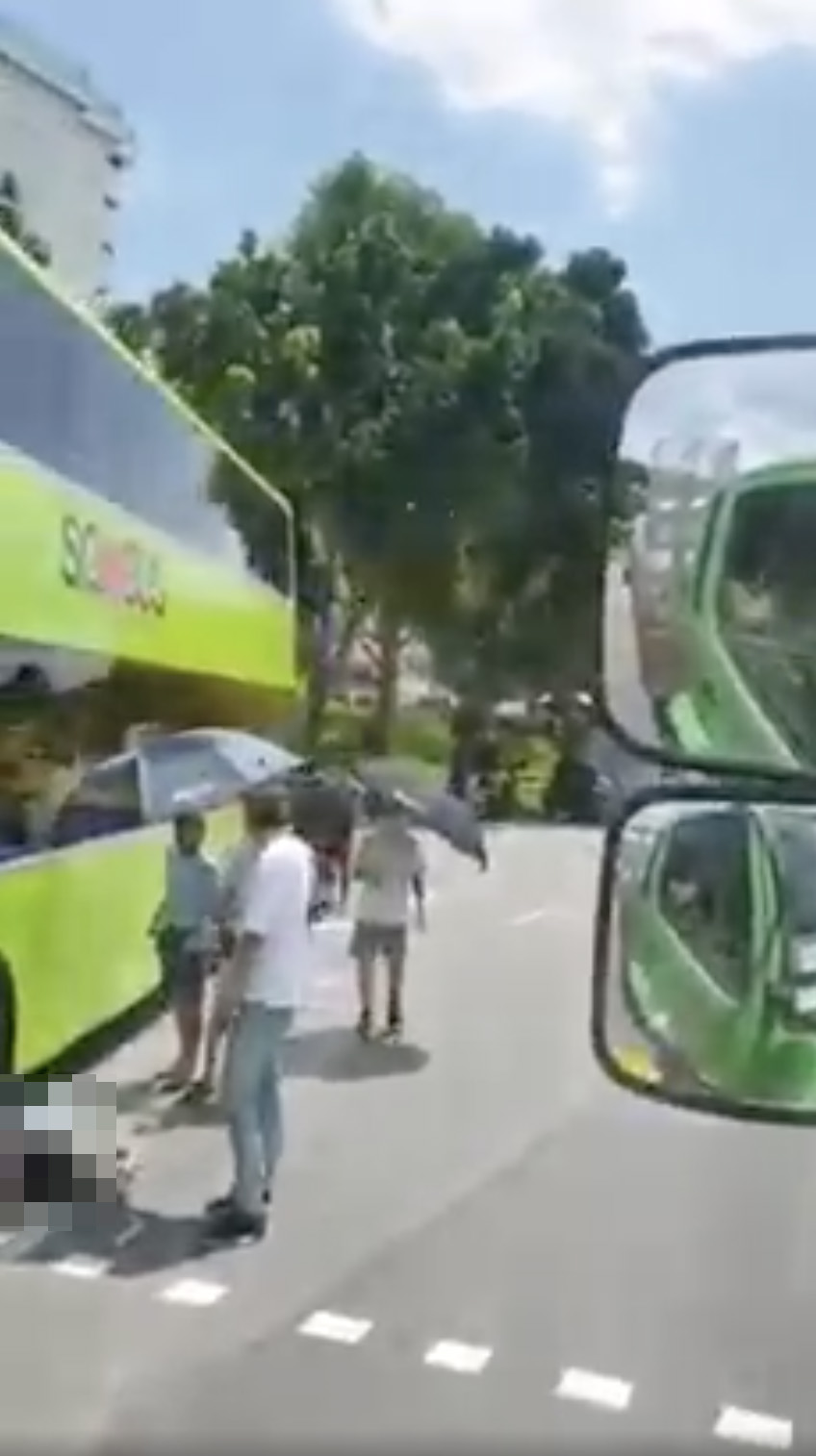 Thankfully, kind passers-by gathered around her with umbrellas to shield her from the sun.

On Monday (7 Dec) at around 12.55pm, the woman was crossing the road when she was hit by a double-decker SBS bus service 87. 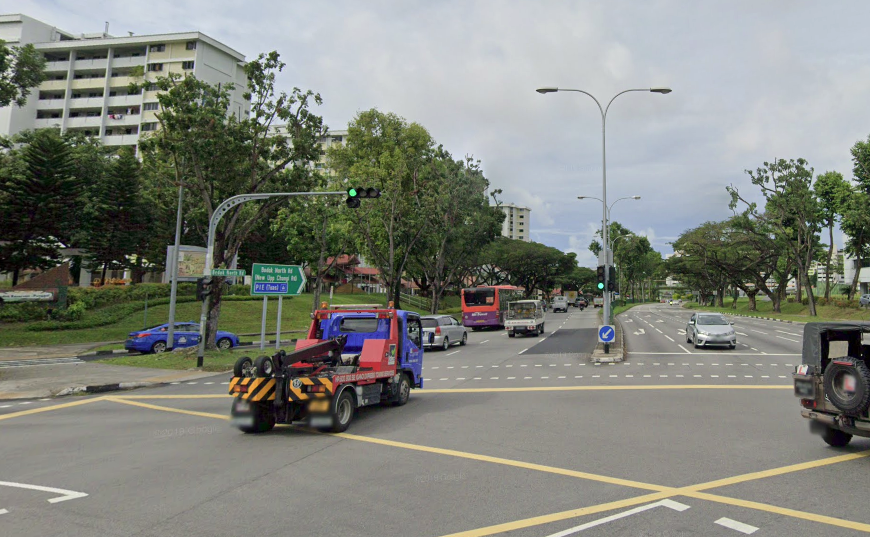 As a result of the impact, the 54-year-old lady apparently fell to the side, near the rear of the bus.

According to Shin Min Daily News, the accident caused a huge commotion and nearby residents could hear shouts coming from the site.

A number of people soon gathered at the scene. Instead of merely spectating, some passers-by sprung into action to help.

In particular, a father and son duo who were in a parked car nearby held out umbrellas to shield her from the punishing afternoon sun. Another man dressed in white stood near the accident site and helped to direct traffic. 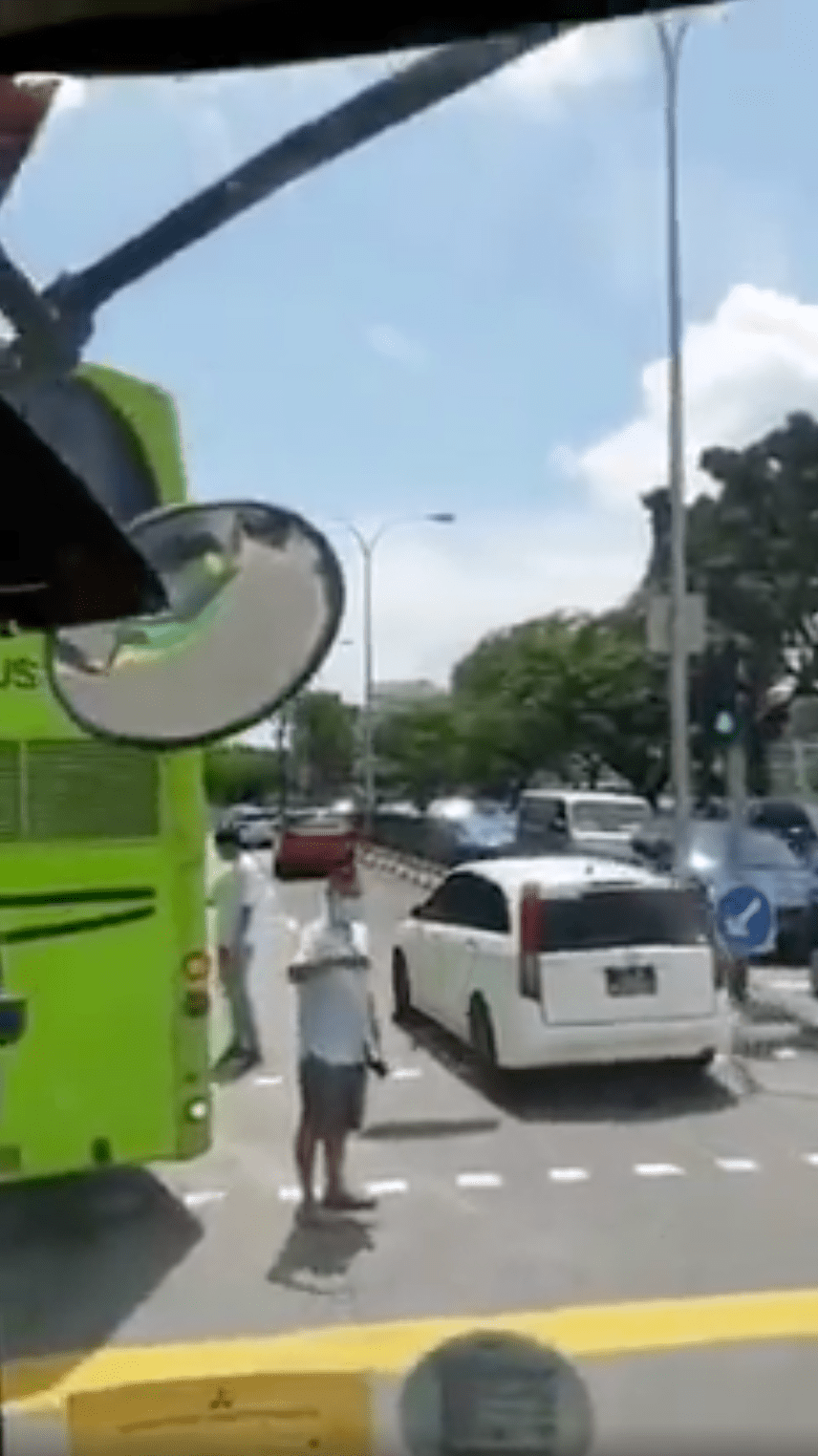 In a video shared on Facebook, he could be seen hurrying drivers who slowed down wanting to kaypo about the accident.

The kind passers-by never left the casualty’s side, staying by her until she was rescued, reported Shin Min Daily News.

Later, police officers were seen speaking to the bus driver before he was escorted into a police car.

SBS has also expressed their concern for the casualty’s well being and are currently in contact with her next-of-kin, reported STOMP.

The company apologised for the accident and assured that they are committed to rendering assistance to the woman’s recovery.

SBS is now assisting with the ongoing police investigations.

Kudos to the kind-hearted passers-by

Kudos to the kind-hearted passers-by for going the extra mile to help the lady. Their instinctive reactions to do what they can to help with the situation is indeed commendable.

While the extent of the woman’s injuries remains unclear, MS News wishes her a speedy recovery.

Sadly, such accidents are not uncommon and we hope both drivers and pedestrians will be cautious and vigilant on the road to prevent a repeat of such events.