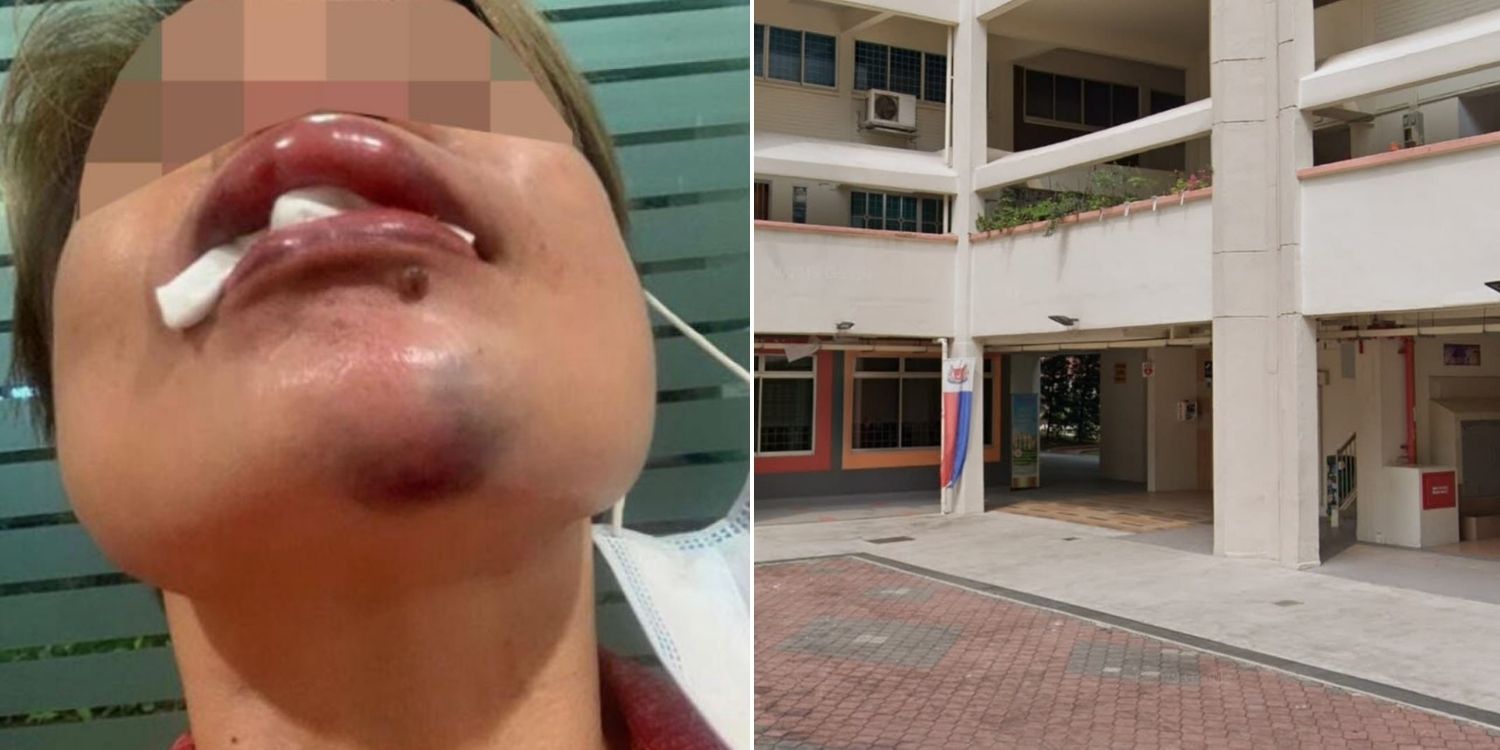 Under the current Phase 2 (Heightened Alert) measures, gathering in groups of more than 2 isn’t allowed unless you’re from the same household.

Needless to say, masks have been compulsory outside the home for more than 1 year.

However, it’s amazing that there are people who still don’t follow these rules. A woman reportedly came across 3 of them at a Jurong void deck. 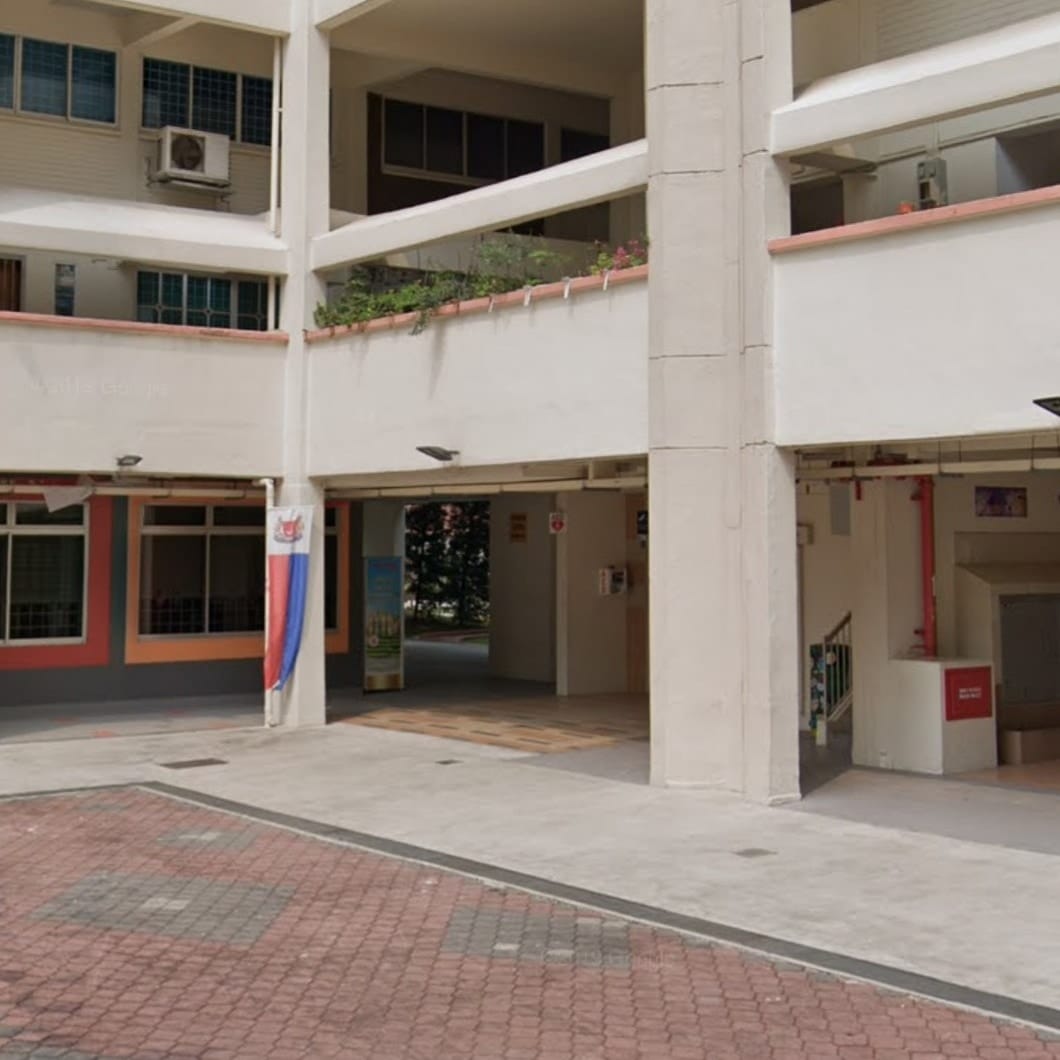 She took photos of the rule-breakers, and was allegedly beaten up for it, suffering a fractured cheekbone.

Woman came across group of 3 at void deck

The incident started off on Wednesday (2 Jun) evening at about 7pm, when the 51-year-old woman came across a group of 3 people, reported Shin Min Daily News.

They were gambling at the void deck of Block 336 Jurong East Avenue 1, she told a resident. 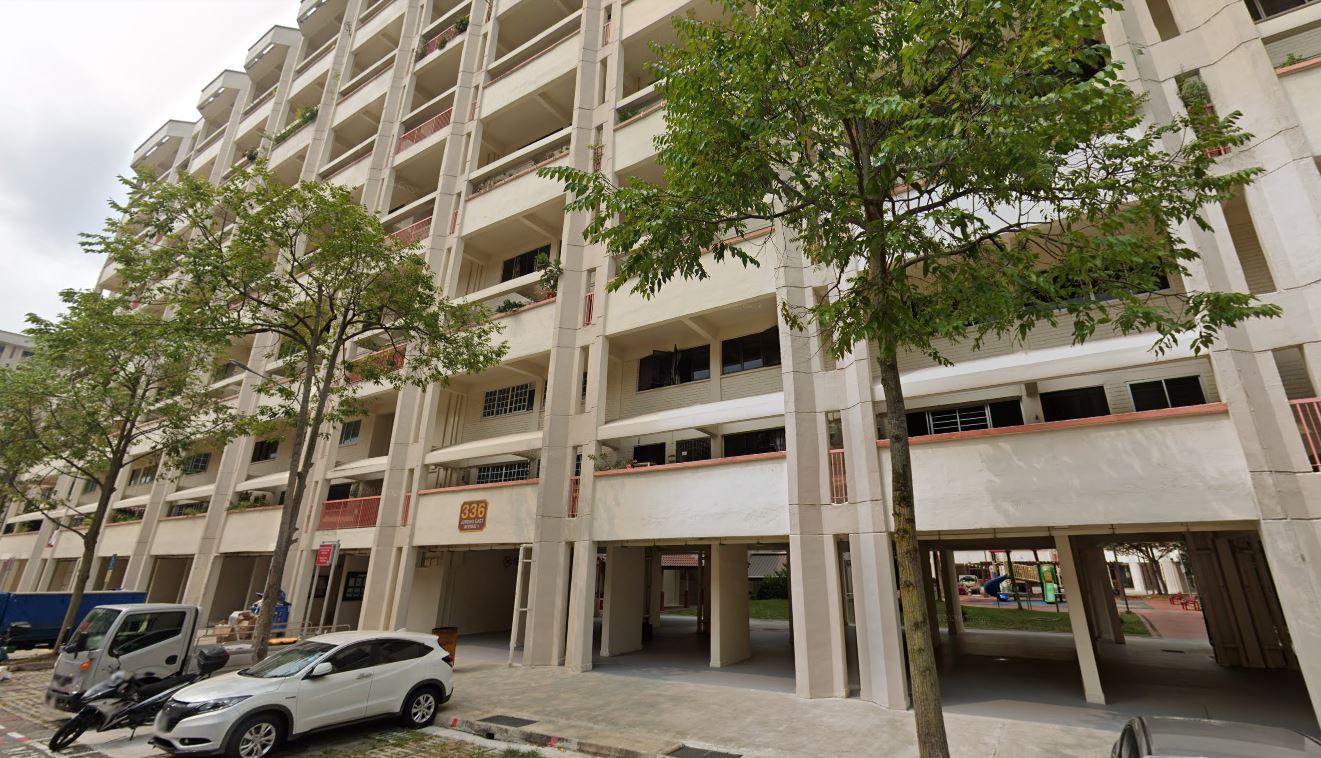 They were also not wearing masks, thus completing a trifecta of offences:

Group moved to another location after being caught

The woman, who is a Residents’ Committee (RC) manager known only as Ms He, approached them.

She advised them to leave, and they did so.

However, she later saw that the group had merely moved to the void deck of another block to continue their illegal activities.

Thus, she took photos of them.

A resident who witnessed the incident saw the man following her in the carpark next to Block 340. 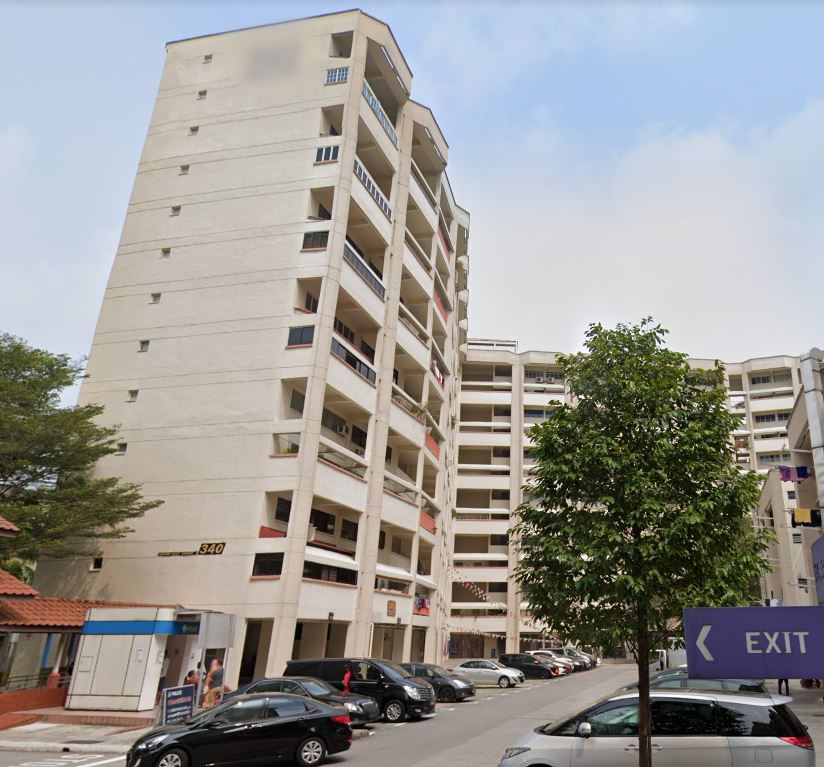 He was heard asking her to delete the photos, but she ignored him.

The man then allegedly attacked her from behind with a strike to her face. 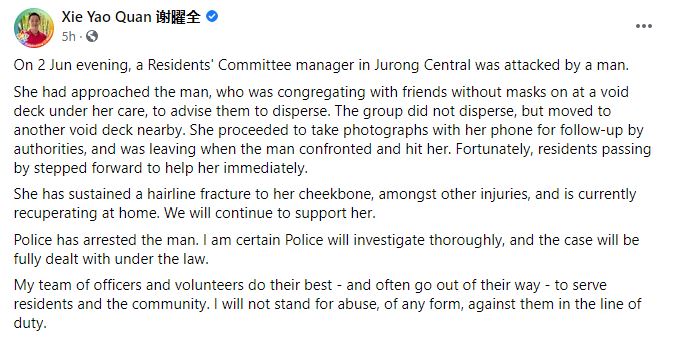 The eyewitness told Shin Min that blood was flowing from the woman’s mouth, and she was sent to hospital.

Mr Xie added that she suffered a hairline fracture to her cheekbone, among other injuries.

A few days after the assault, Ms He’s lower chin is still bruised, and her lips are still swollen. 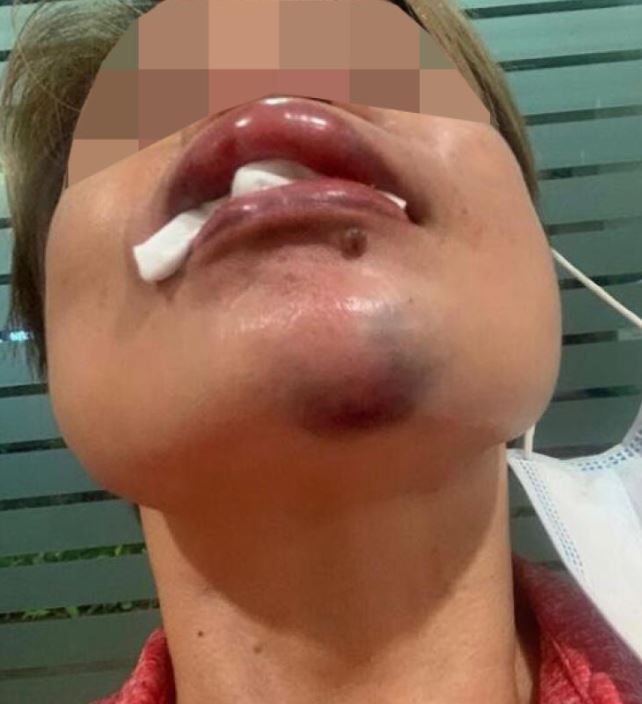 The police told Shin Min that they received a report on the incident at 7.32pm that night.

They subsequently arrested the 19-year-old on suspicion of voluntarily causing grievous hurt.

That offence carries a jail term of up to 10 years, a fine or caning.

He’s also under investigation for intentional harassment. Offenders face a jail term of up to 6 months and/or and fine of up to $5,000.

As Ms He is an RC manager, she serves residents and the community, often going out of her way, Mr Xie said.

Thus, he won’t stand for abuse of any form against his officers and volunteers while they’re doing their duties.

They will continue to support her as she recovers from her injuries.

Kudos for her bravery

When Singaporeans see others flouting the rules, we may choose to turn a blind eye to avoid getting involved.

Thus, it was brave of Ms He to approach the group of offenders as she risked harm to herself for the sake of the community.

MS News salutes her for her public spiritedness, and wishes her a full recovery from her injuries.