Jingyi's artwork was featured on the 2018 NDP fun packs.

When welcoming a child into the world, parents are often filled with lofty hopes and dreams for what the future holds for their little one.

For one couple in Singapore, all they want is for their daughter, Yang Jingyi, to be healthy and lead her life with as little pain as possible.

Jingyi was born with a hole in her heart and a rare heart condition called dextrocardia, where the heart is pointed towards the right side of the chest instead of the left. 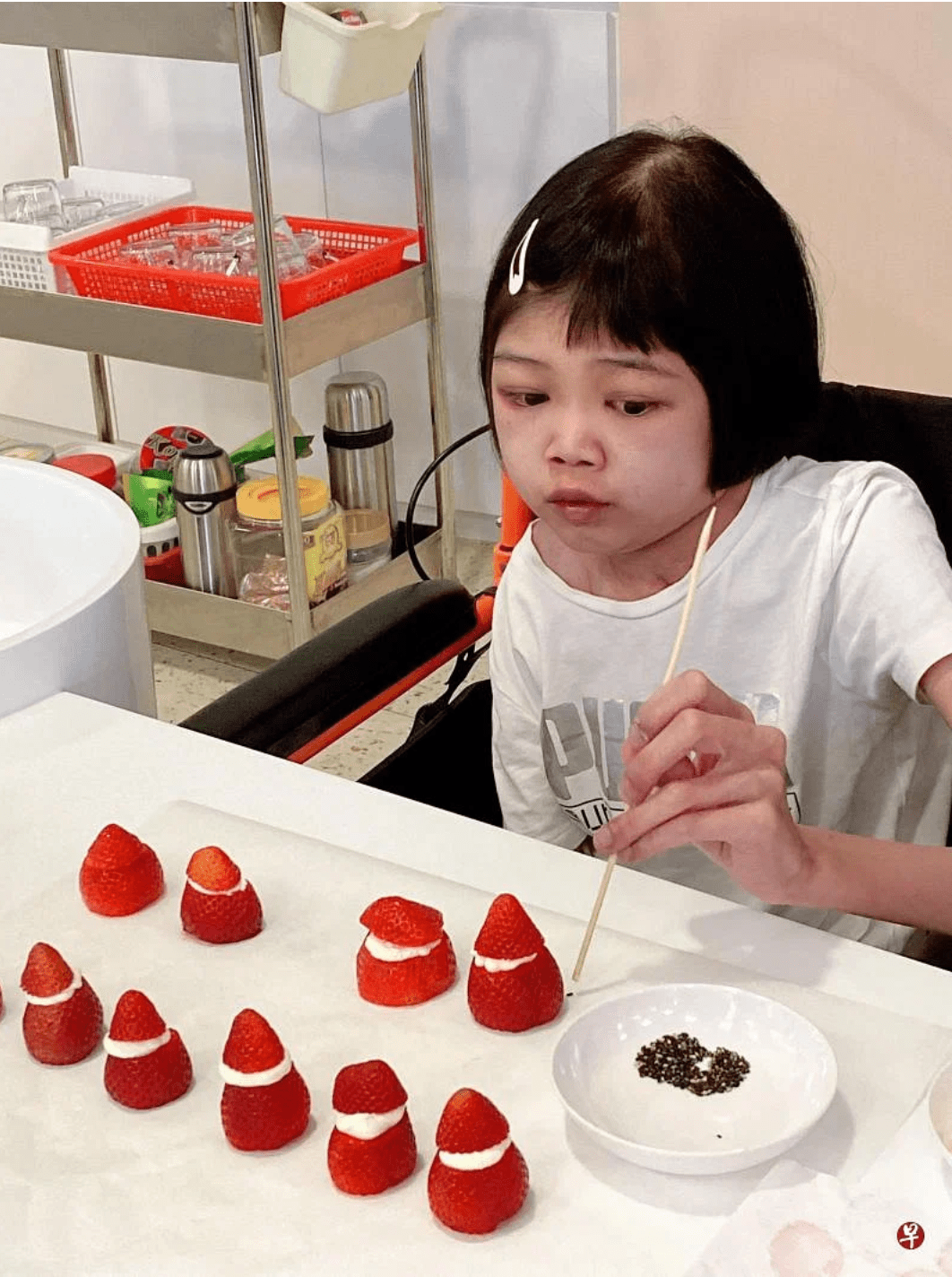 While it seemed like her condition stabilised over the years, Jingyi’s condition turned critical back in May.

Unfortunately, on 28 Oct, after a long battle with her condition, 20-year-old Jingyi passed away, reported Shin Min Daily News.

When Jingyi was born, she did not cry like other babies ordinarily would.

To her parents’ devastation, she was diagnosed with a rare heart condition. She also displayed signs of clogged blood vessels.

However, just before entering primary school, Jingyi suffered breathing difficulties and had to be hospitalised.

Following that, she choked when drinking milk. This led to her going into cardiac arrest for 15 minutes.

She suffered hypoxia, which means a lack of oxygen. As a result, Jingyi’s memory and mental capacity were impacted.

Was a model student who loved drawing

Jingyi’s parents enrolled her at a special education school to adequately meet her needs. Madam Lin recalled that Jingyi was unhappy about this and resisted the idea.

But thanks to her parents and teachers, she slowly adapted to her new school.

Jingyi learned independence, practising how to take the school bus herself.

Slowly but surely, Jingyi’s learning picked up, and she even became a model student at the school, reported Shin Min Daily News.

Madam Lin shared that her daughter had always loved to draw. Her artwork was often displayed all over their living room walls.

One core memory for their family was when Jingyi’s artwork was picked to be printed on the National Day Parade fun packs back in 2018. 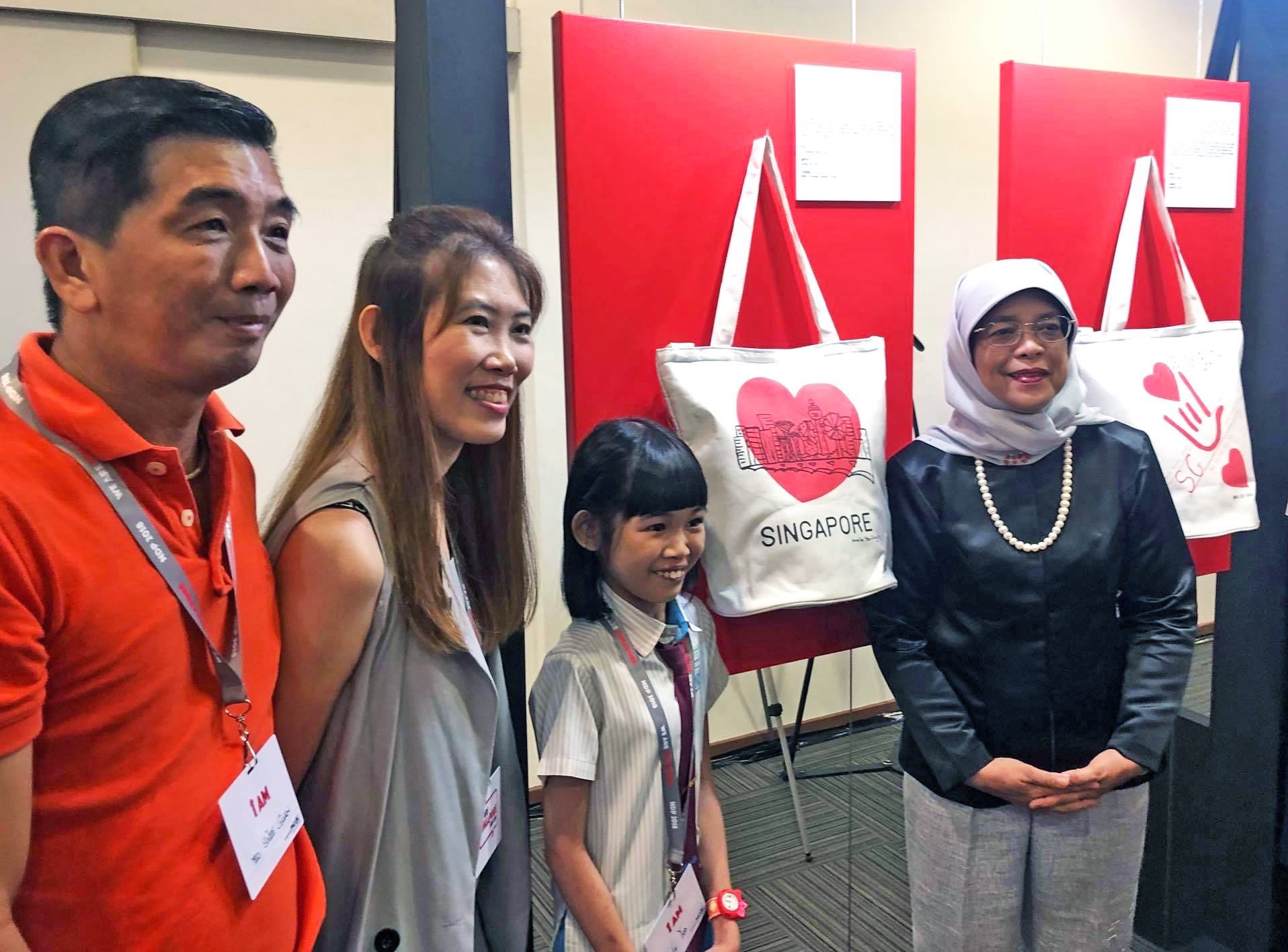 Collaborating with social workers, Jingyi even once had her very own art exhibition, which attracted over a hundred people.

The show exhibited some of her favourite things, like Elsa from Frozen, as well as animals like rabbits and pandas.

It was through drawing that Jingyi expressed herself to the world, said Madam Lin.

Passes away on 28 Oct

Despite how good things seemed, Madam Lin told Shin Min Daily News that she cried every day worrying about her daughter’s numbered days.

Nonetheless, day after day went by, and in the blink of an eye, 10 years passed just like that.

Although Jingyi was 20, countless surgeries and long-term medication made her look like she was only seven or eight. 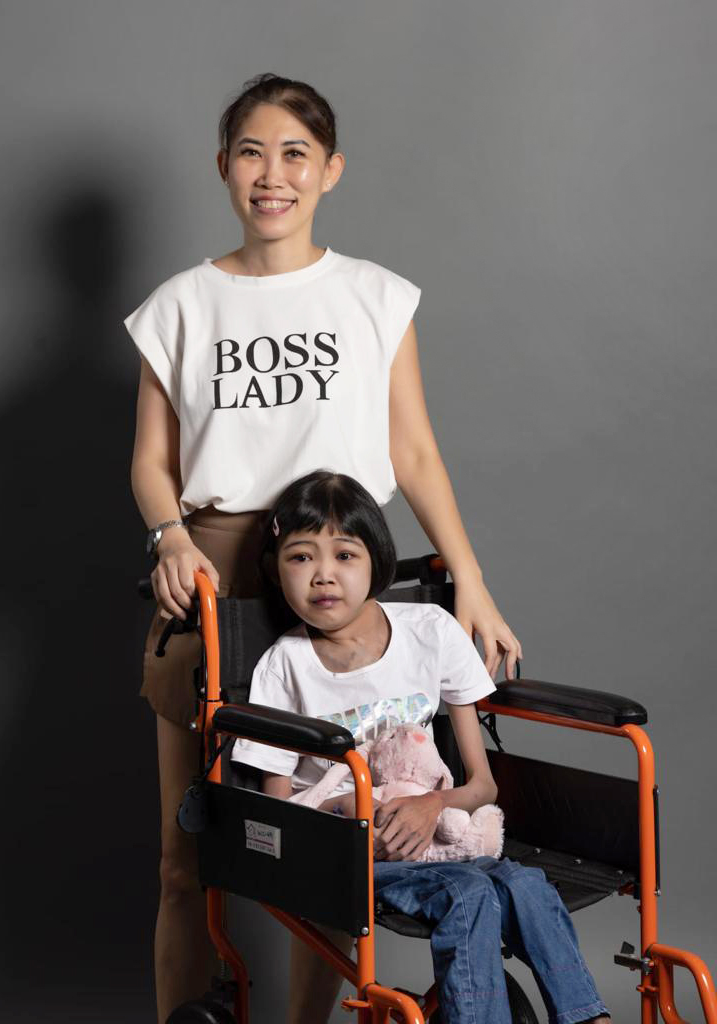 In May, her condition turned critical. Her blood pressure skyrocketed, her face swelled, and she had breathing difficulties.

The doctor gave Jingyi days, weeks, or months to live. Her family was told to be mentally prepared.

On 28 Oct, Jingyi suddenly called her mother at work, crying due to breathing difficulties. Madam Lin rushed home, and Jingyi was sent to A&E.

That very night, Jingyi was removed from life support machines, and passed away in her mother’s arms.

Her ashes scattered into the sea at Changi

At her funeral, Jingyi’s loved ones let go of balloons into the sky. Madam Lim said it symbolised Jingyi’s freedom from this life.

Her family later scattered her ashes into the sea at Changi.

Madam Lim said Jingyi loved watching planes go by, and this was their small way of fulfilling her dreams.

Now, Madam Lim and her husband would go to Changi every Friday to have a meal and take a stroll by the beach.

“We are slowly learning to let go. But at the same time, we can also remember our daughter this way,” she said.