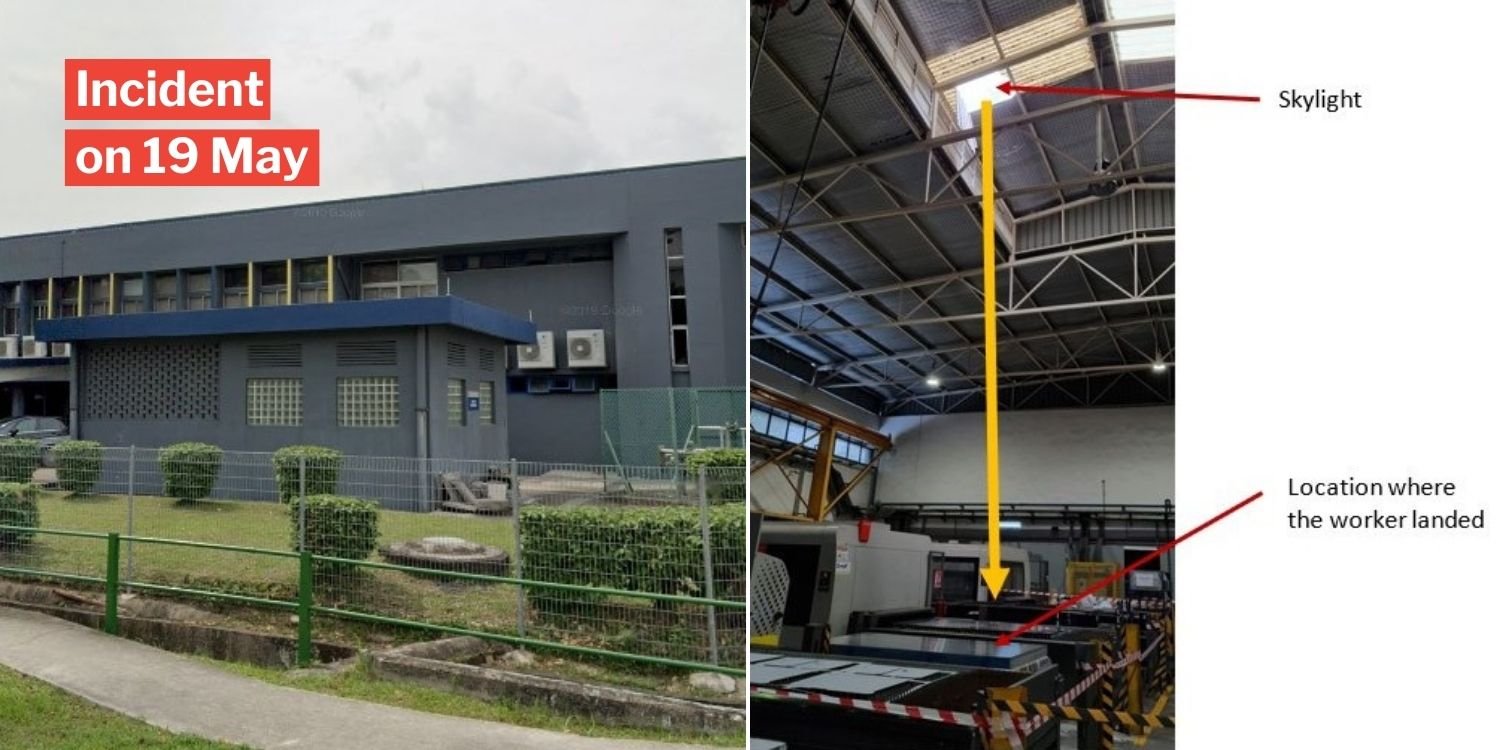 Nobody should lose their life while earning a living, even if they’re working in a blue-collar job.

However, workplace safety seems to still be an issue in Singapore, judging from fatal accidents that happened just this month.

Most recently, a worker fell 9.5 metres from a skylight at a factory in Joo Koon.

Sadly, he passed away in hospital.

In a Facebook post on Friday (27 May), the Workplace Safety and Health Council (WSH) said the tragic incident happened on 19 May. The worker was preparing to clean the roof of a factory when he fell through a skylight.

He fell a substantial height of 9.5m – that’s about three stories high – and landed on the floor below. 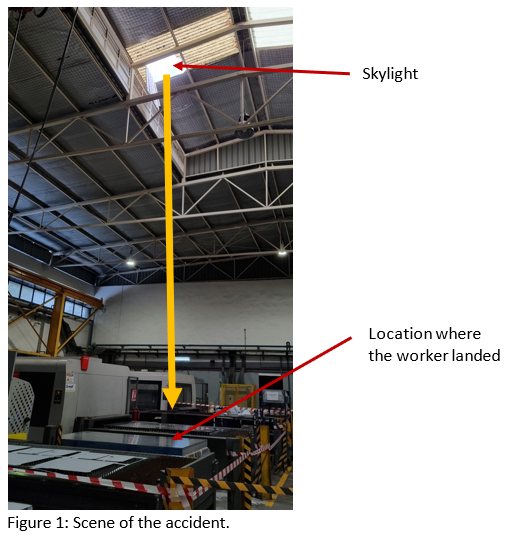 After the accident, the man was taken to Ng Teng Fong General Hospital, where he passed away.

Factory is in Joo Koon

The factory where this happened is located at a unit in 36 Joo Koon Circle, the Ministry of Manpower (MOM) told The Straits Times (ST).

The unit is occupied by a company named Vina Specialist, which specialises in oil and gas inspection, repair and maintenance.

They also employed the man, who was a 49-year-old Singaporean freelance labourer.

MOM has told Vina Specialist to stop all work activities where workers need to be elevated.

They’re investigating the incident, but has said that workers should have safety equipment to prevent falls.

When such work is being done, every means possible where a worker could fall from height should be identified, then guarded or covered, MOM added.

Similar fatal accident in early May

Unfortunately, a similar fatal incident also occurred in early May, the WSH said in their 9 May Bulletin.

This time, a a shophouse was being renovated and the wooden flooring of its second floor was removed.

The work exposed the floor beams and false ceiling of the first floor. The owner of the renovation company inspected the second floor on 2 May.

Woefully, he fell through the false ceiling, between the exposed beams.

He landed after falling about 4m — around the height of one storey.

The man was taken to hospital, where he passed away.

No measures had been taken to prevent a fall or protect him from a fall, the WSH said.

After the most recent incident in Joo Koon, the number of workplace fatalities recorded this year is now 24, ST reported.

That’s the highest number in the first five months of any year since 2016.

To put that into perspective, in the whole of 2021, 37 workplace fatalities were reported, according to the MOM.

The tragic loss of life may have been avoided if proper safety measures had been followed.

Thus, we hope they’ll be investigated thoroughly, and companies will take concrete steps to prevent more fall-from-height incidents from happening.

MS News sends our condolences to the families of the deceased.

Featured images adapted from Google Maps and WSH on Facebook.