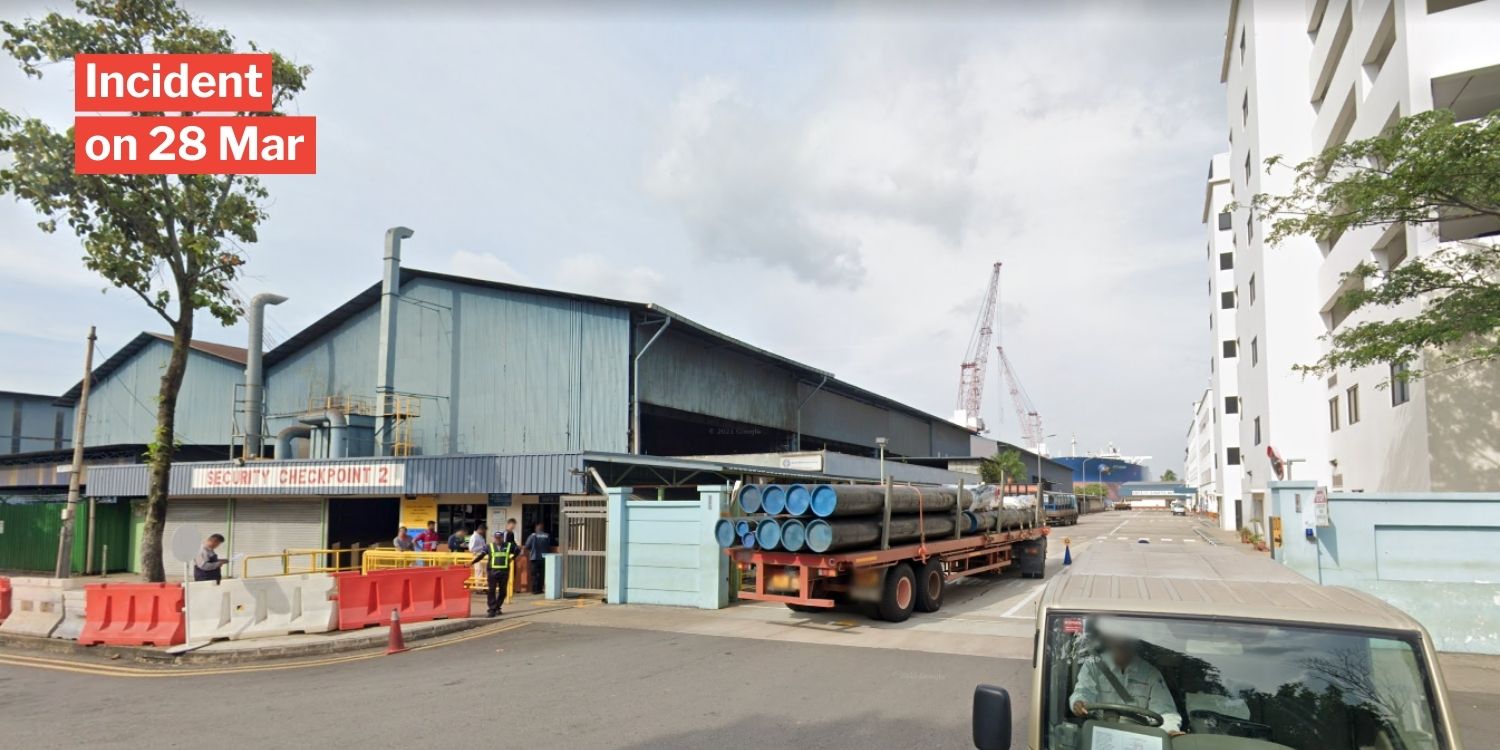 1 other worker narrowly escaped by hanging onto the scaffold.

2 Workers Fall Off Scaffolding At Keppel Shipyard On 28 Mar

While preventable with safety measures, construction work often comes with its fair share of dangers. Just last week, 2 workers narrowly escaped after being trapped on a dangling gondola while carrying out maintenance work at Pasir Ris.

Workers Trapped On Dangling Gondola At Pasir Ris HDB, They Escape Via Stairwell

Sadly, on Monday (28 Mar) night, 2 workers lost their lives after they fell off a vessel at a Tuas shipyard. 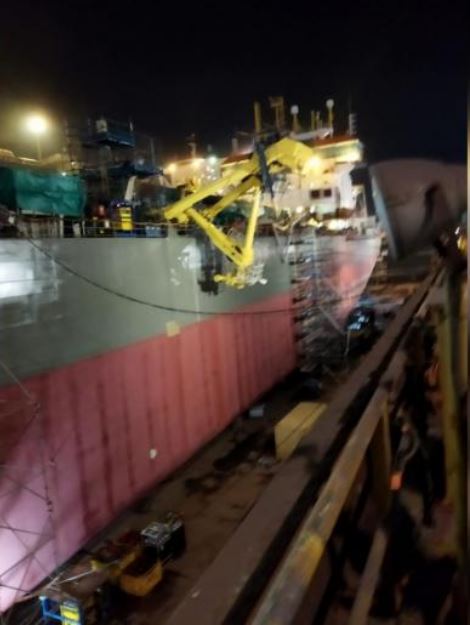 The pair were pronounced dead at the scene. The Ministry of Manpower (MOM) is currently investigating the incident.

2 workers pass away after falling from scaffold around ship structure

Responding to MS News’ queries, an MOM spokesperson confirmed that the fatal accident took place at 51 Pioneer Sector 1 on Monday (28 Mar). The facility is reportedly occupied by Keppel Shipyard.

On the day of the incident, three Bangladeshi workers were carrying out works on a scaffold built around a structure atop a docked vessel.

At about 10pm, the structure collapsed and caused a part of the scaffold to be “flung out of the vessel”.

The impact threw two of the workers out of the vessel and onto the dock below.

Unfortunately, paramedics pronounced the pair, aged 30 and 42, dead at the scene.

The third worker, a 25-year-old, managed to cling onto the structure. The emergency response team at the shipyard subsequently rescued him.

He was later conveyed to Ng Teng Fong General Hospital where he received outpatient treatment.

MOM disclosed that the 42-year-old worker is an employee of Keppel Shipyard Limited, while the other two work for Veekee Engineering Pte Ltd.

MOM is currently investigating the incident. Meanwhile, they have ordered Keppel Shipyard to stop all works involving such structures onboard the vessel.

According to The Straits Times (ST), the police are also looking into the incident. There’s no suspicion of foul play at this point.

In response to ST’s queries, a Keppel Shipyard spokesperson expressed condolences to the families of the deceased and said the company is providing assistance during this difficult time.

The representative also said that the company is working with the authorities to carry out investigations and reviews.

However, as investigations are currently ongoing, the company is unable to provide further details.

Condolences to the grieving families

Though the case in question could well be a freak accident, it highlights the importance of proper safety measures that could prevent injury or even death.

Our condolences go out to the families of the deceased workers. May they rest in peace.

We hope the ongoing investigations will shed light on how the accident happened and provide some semblance of closure for the affected families.