Workers Trapped On Dangling Gondola At Pasir Ris HDB, They Escape Via Stairwell 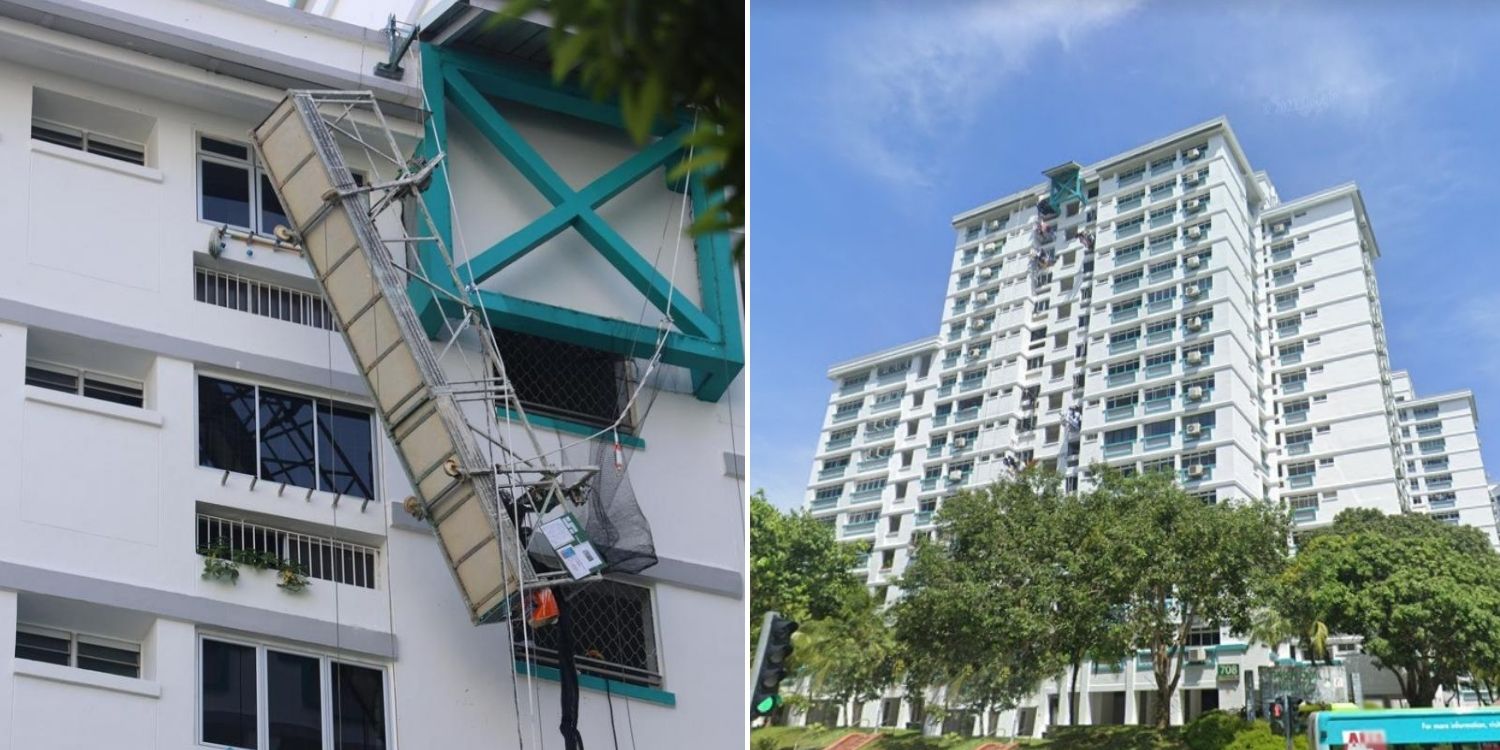 MOM has been notified about the incident.

While carrying maintenance work to buildings, workers may at times risk endangering themselves.

On Wednesday (23 Mar) morning, 2 workers were installing nettings on the 7th floor of a Pasir Ris HDB when a cable holding up the gondola suddenly loosened. 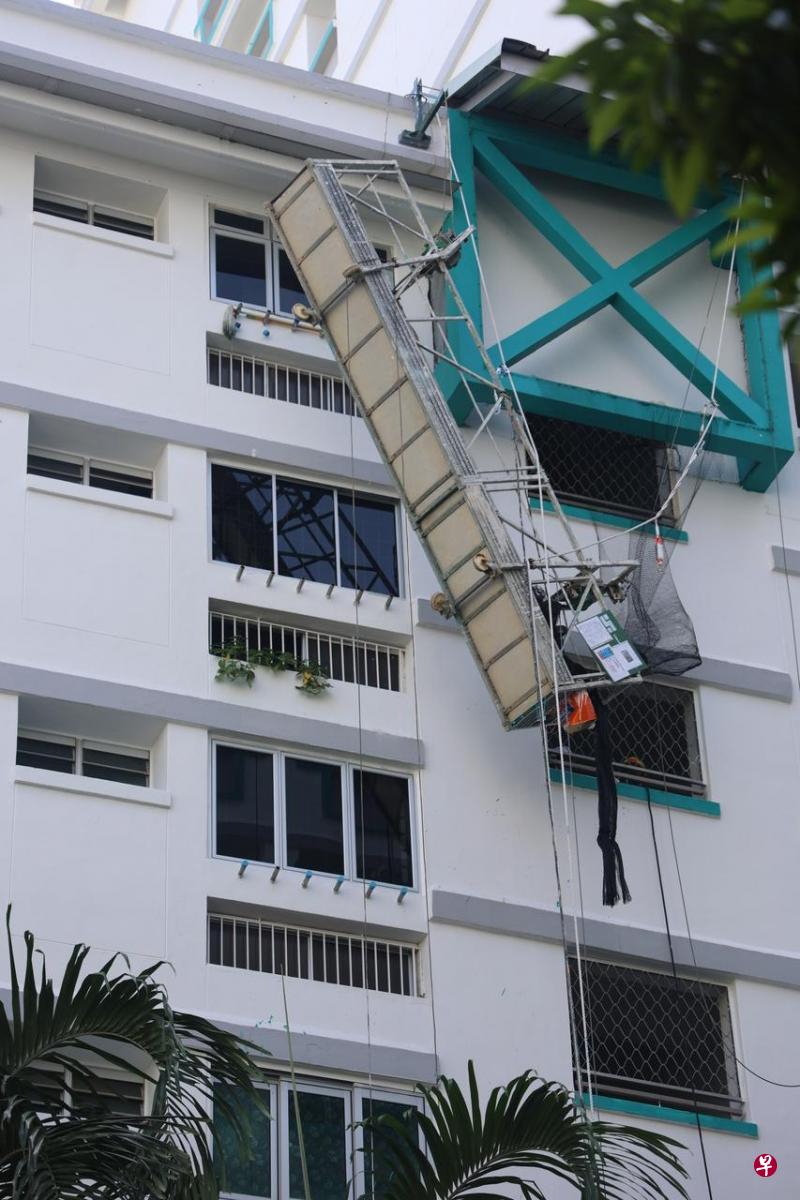 The gondola tilted dangerously as a result with one end almost reaching the 6th floor.

Fortunately, the 2 workers managed to climb into a stairway opening and escaped unscathed.

At about 9.30am on Wednesday (23 Mar), the 2 workers were standing on a gondola while installing bird nettings at Block 708 Pasir Ris Drive 10. 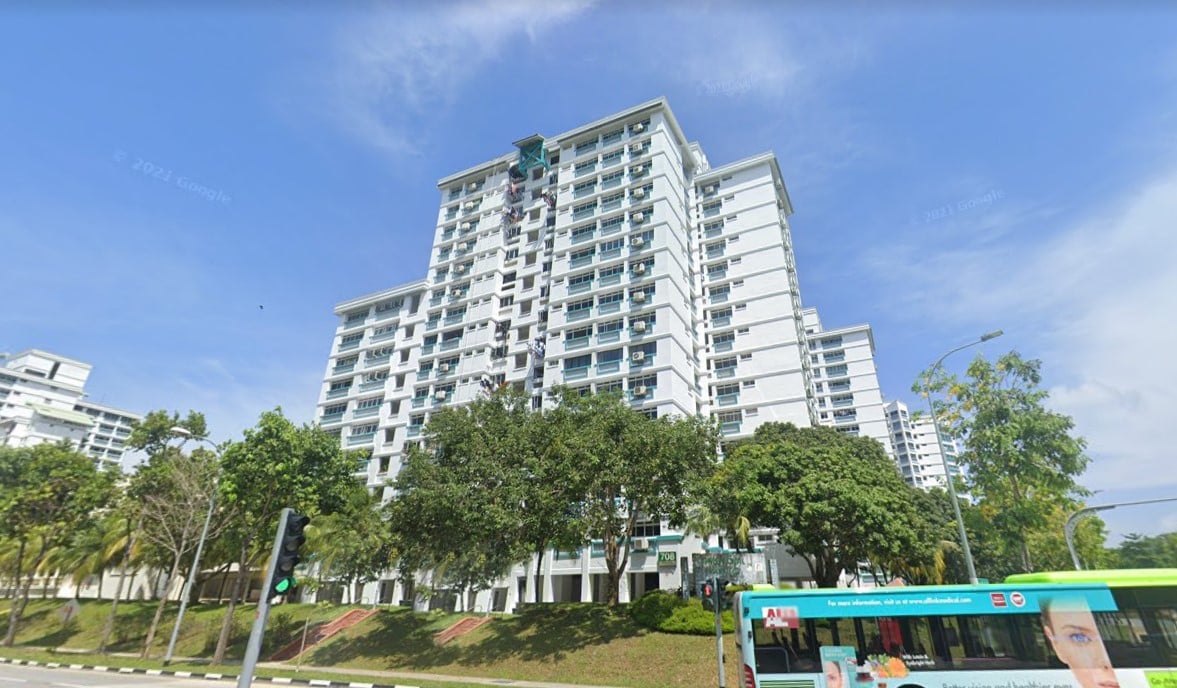 Suddenly, one of the cables holding the gondola loosened, causing it to tilt precariously on one side towards the 6th floor.

A nearby resident said that the workers appeared visibly shaken, reported by Shin Min Daily News.

Workers safely escape via nearby stairwell

Thankfully, the workers managed to climb swiftly to a nearby stairwell without sustaining any injuries.

Nevertheless, they were sent to the hospital for medical examinations.

Shin Min Daily News reporters visited the scene later that morning and observed that the cables were intact.

However, the cable lengths appeared uneven, causing the gondola to tilt towards the right.

Subsequently, 6 other workers pulled the cables and brought the gondola back to the ground.

MOM will investigate into the matter

In an interview with Shin Min Daily News, a town council spokesperson said that the workers installed the nettings to prevent migratory birds from nesting in the area.

At the time of this article, it remains unclear why the cables had loosened.

The spokesperson added that they will notify the Ministry of Manpower (MOM) to investigate the cause of the incident.

Hope the workers are recovering well from the shock

Kudos to the workers for their swift reactions which allowed them to climb into the nearby opening.

Hopefully, the 2 workers did not sustain serious injuries and are recovering well from the shock. We can’t imagine how they must’ve felt when the unfortunate incident happened.

We hope MOM investigations will reveal what caused the incident and that measures can be put in place to prevent similar occurrences.