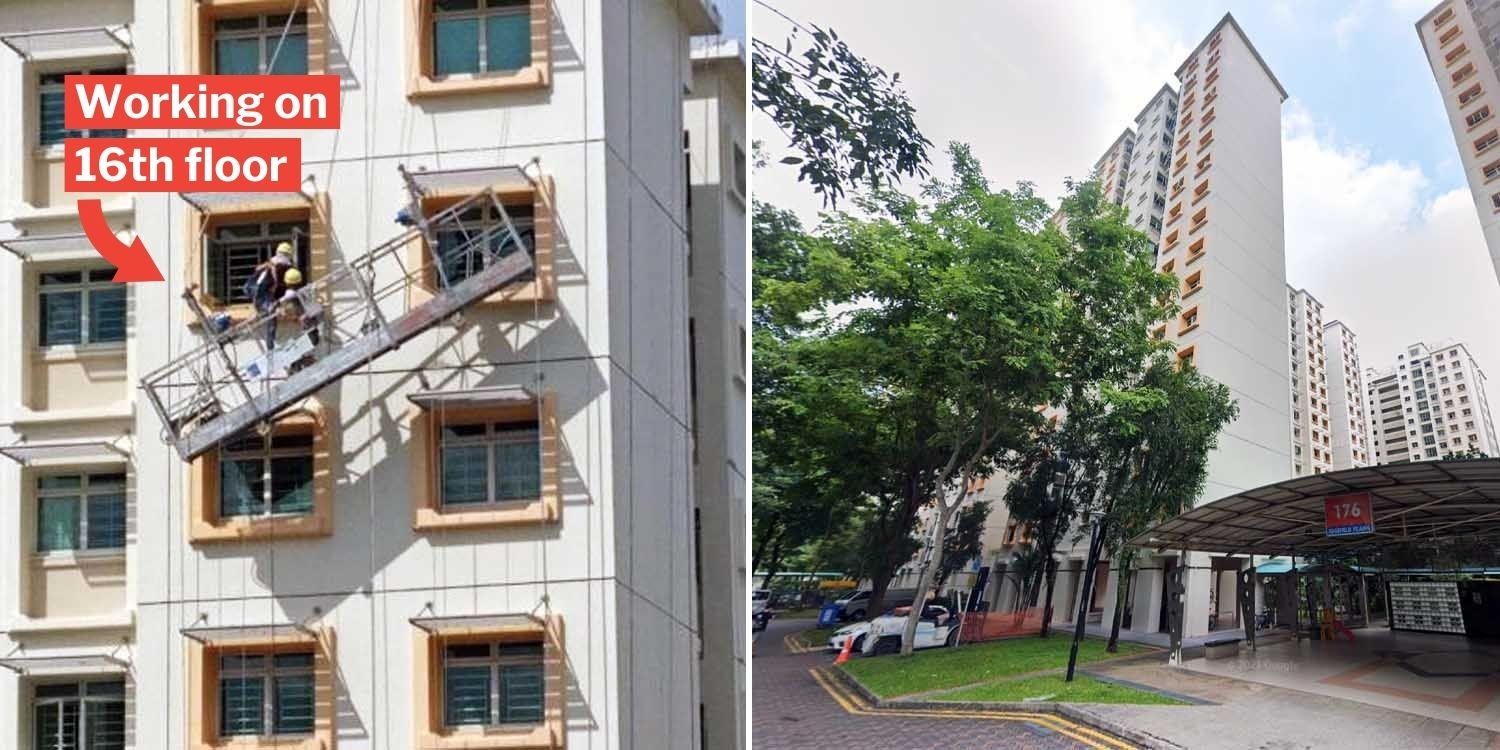 From time to time, HDB buildings undergo upgrading and get a fresh coat of paint on them.

This nature of work often involves workers toiling in the hot sun on gondolas. While this is relatively safe, it does come with a set of risks.

On Friday (18 Feb), 2 workers were painting the 16th floor of a Punggol HDB when a cable holding up the gondola suddenly broke. It was a precarious situation, but thankfully, a resident rushed to open his window, allowing the 2 workers to climb to safety.

On Friday (18 Feb) at around 4pm, the 2 workers were on a gondola painting the side of Block 176D Edgefield Plains.

As the gondola slanted to one side, 1 worker stood on the left in the gondola while another squatted in the middle, reported Shin Min Daily News.

Thankfully, the 16th-floor residents living in the flat where the workers were painting, were home at the time.

57-year-old Prakash and his wife, Anita, were in the living room when they heard a loud noise coming from outside their window.

They looked out only to see the gondola dangerously tilted heavily to its side. Anita elaborated that it looked as if it might fall to the ground at any time.

Upon closer inspection, Anita noticed that one of the cables appeared to have broken.

One of the workers was also tying a cable to the gondola to help secure it. 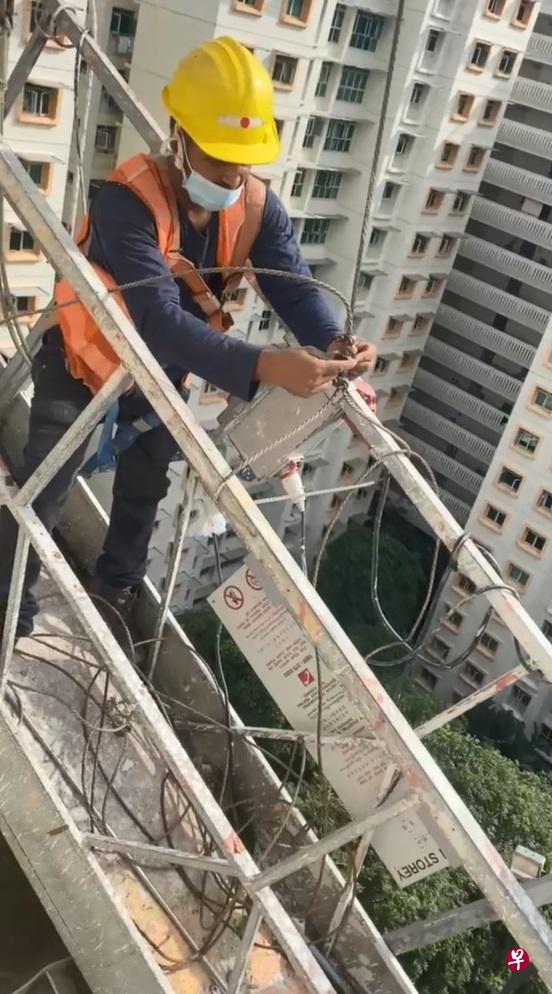 The couple hurriedly helped the 2 workers into their home through their windows, bringing them to safety.

According to Shin Min Daily News, the incident caused some damage to the drying rack outside a 15th storey flat. 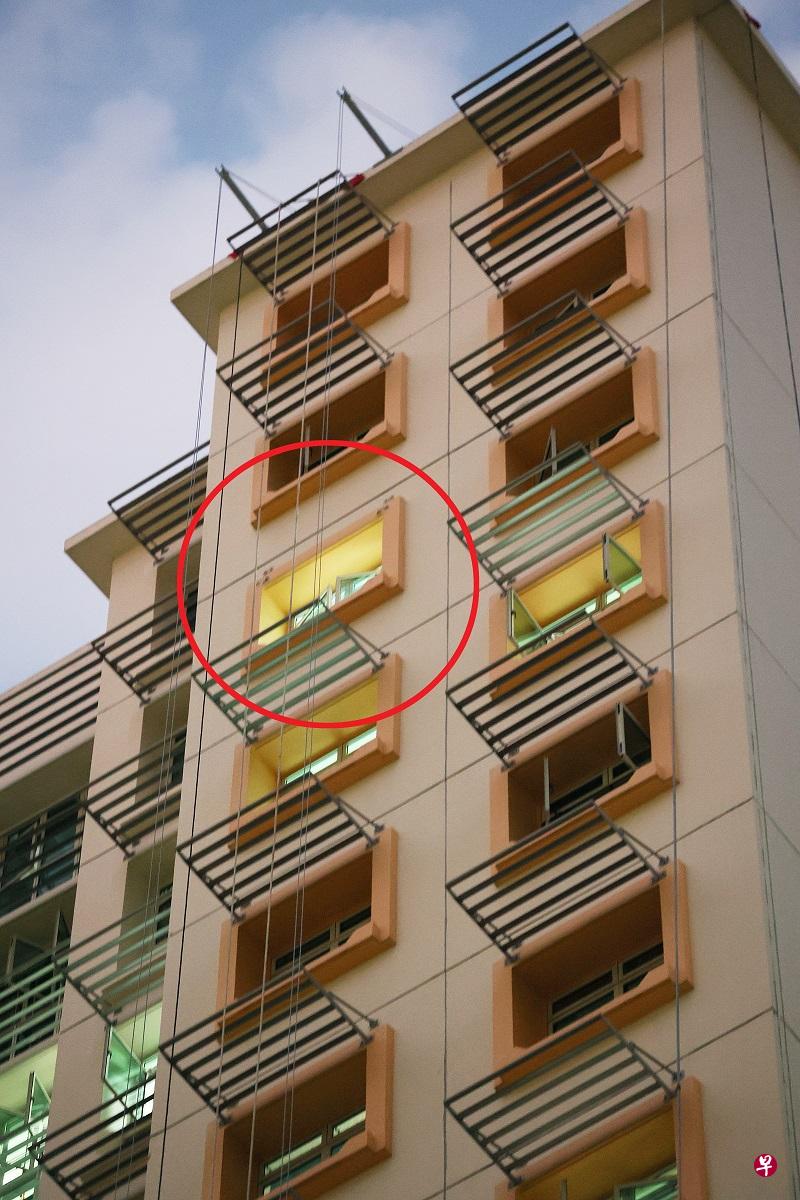 Kudos to the helpful residents

Kudos to the quick-thinking residents who helped the workers into their flat, ensuring their safety.

If it weren’t for them, we’d hate to think what would happen as they could have been trapped even longer before getting rescued.

Day in and day out, workers risk their lives to help build and maintain our buildings. So if you happen to see them, do show them your appreciation for all their hard work.