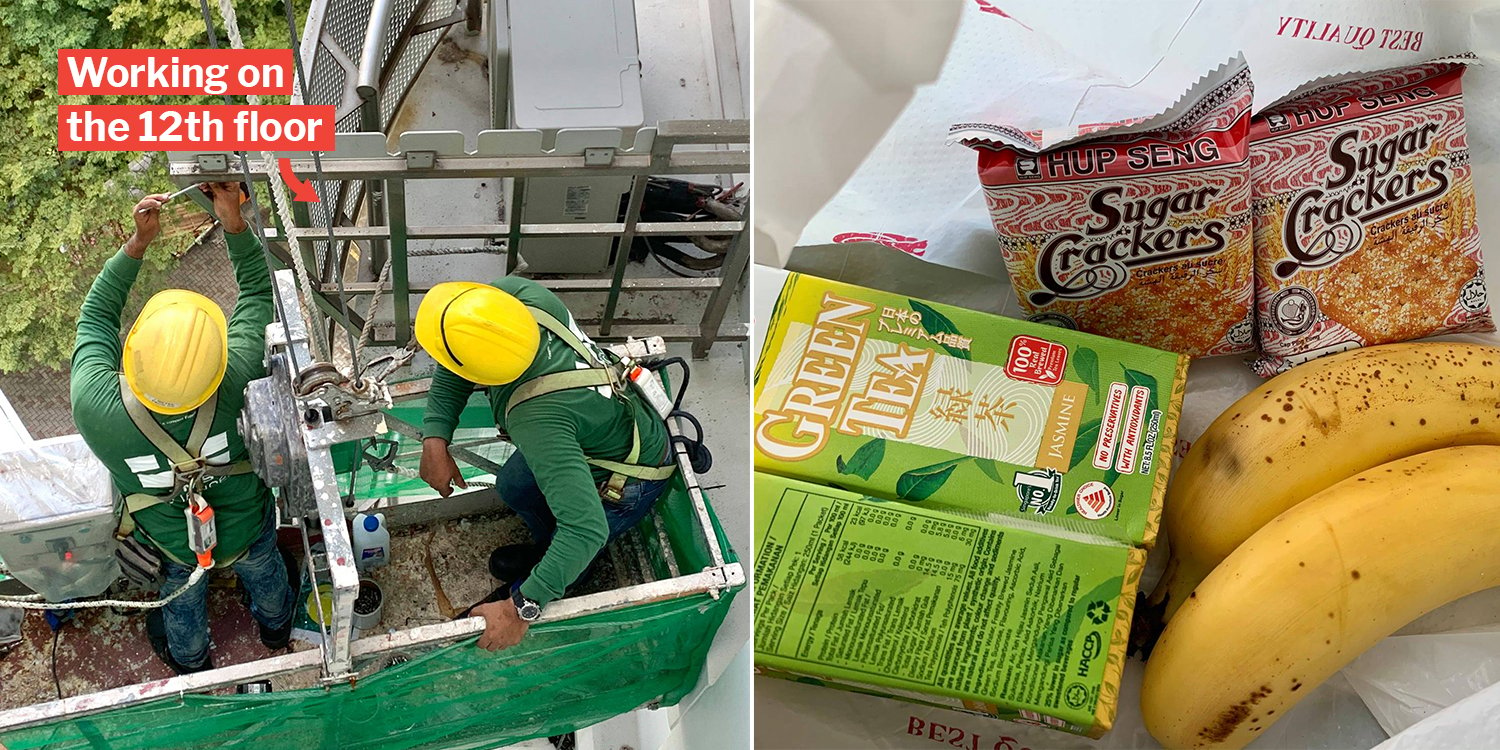 Lady Provides Snacks To Migrant Workers While They Work On Gondola

In a multi-cultural society such as Singapore’s, it’s important to be able to make friends of different races and cultures. A woman literally took this to a whole new level when she shared snacks with migrant workers who were doing maintenance work on a gondola outside her 12th storey flat. 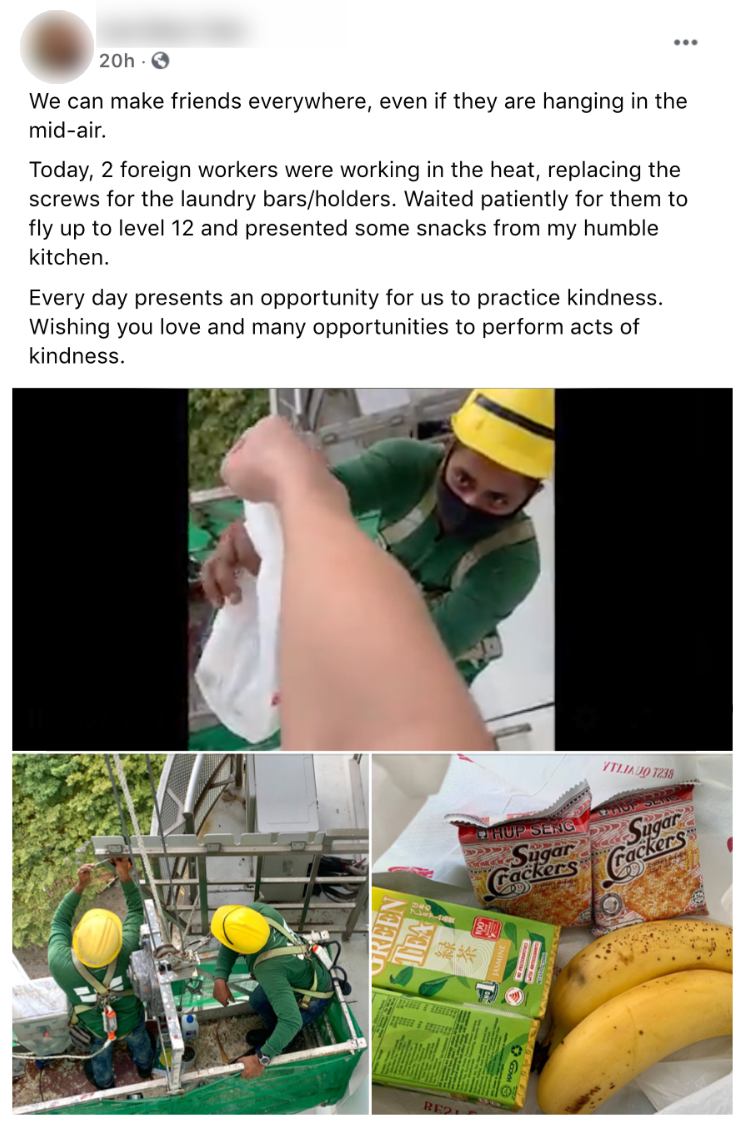 She encouraged others to make friends and be nice to one another.

The migrant workers were replacing screws while hanging outside the kind lady’s 12th floor window. She said that they were under the hot sun. 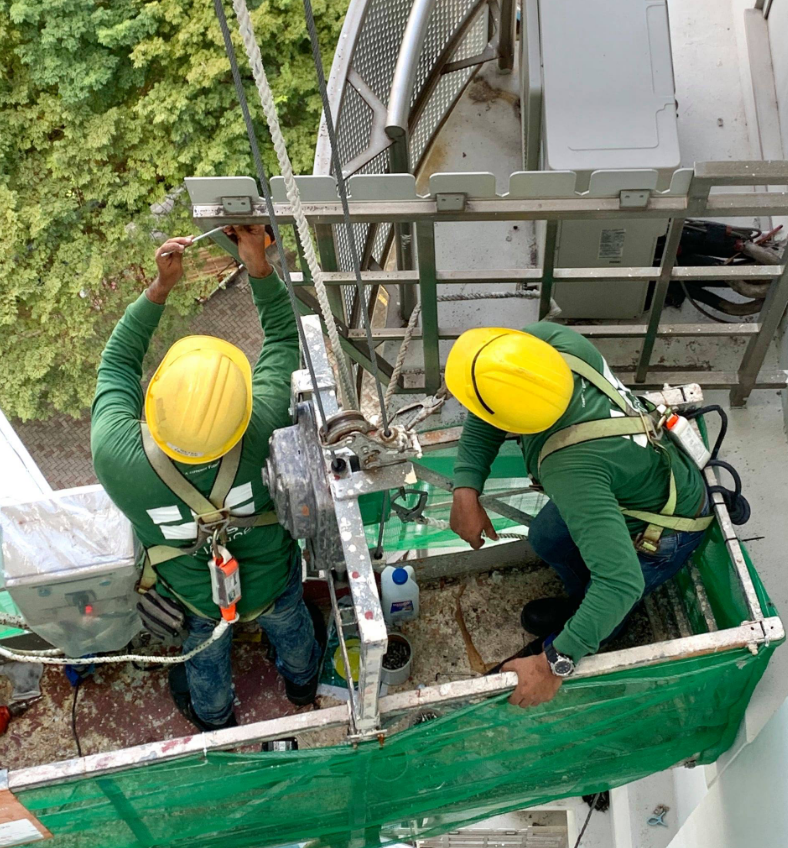 She waited for them to slowly ascend floor-by-floor to pass them the snacks. The man who received the snacks was visibly smiling, even though he was wearing a face mask.

The snacks include a packet of green tea, bananas, and sugar crackers from her “humble kitchen”. 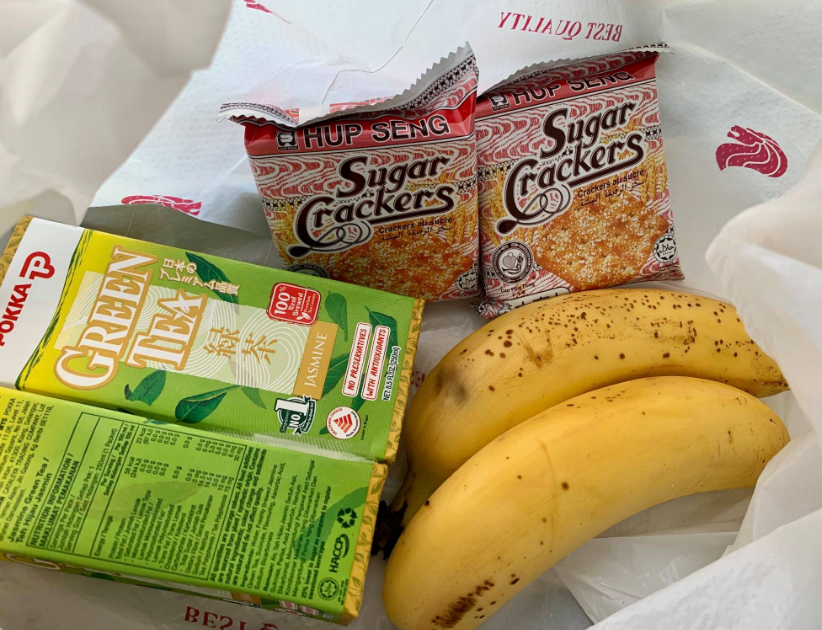 Lady says friendships should have no barriers

In her Facebook caption, she says, “We can make friends everywhere, even if they are hanging in mid-air.”

Indeed, she took the meaning of extending a helping hand to a whole new level, literally.

She added that every day is an opportunity to practice kindness and hopes that others will do the same.

You can be kind anywhere

The woman’s act of friendship shows us that sparing a thought for others – be it the migrant workers sweating under the hot sun, or the cleaner at your void deck – can go a long way in making their day.

After all, workers such as those in the Facebook post work in Singapore’s sweltering heat while building and maintaining our HDB flats.

So maybe next time when you see someone hanging from a gondola outside your window, don’t be frightened, and offer a cool drink or snack!