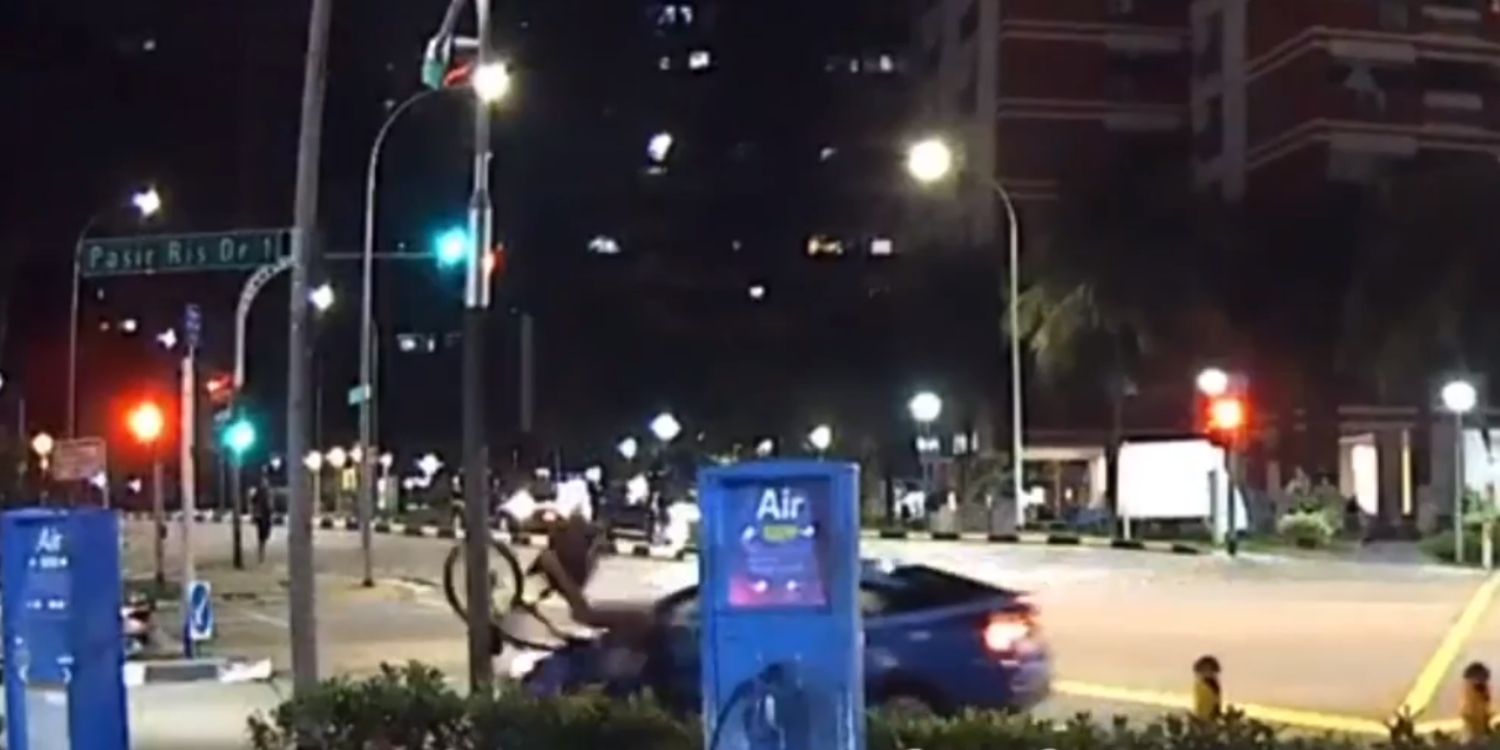 The cyclist was conveyed to Changi General Hospital.

Cyclist Knocked Down By Taxi At Pasir Ris & Sent To Hospital

On the road, it’s always crucial to be alert and look out for traffic to prevent any accidents.

However, a taxi driver in Pasir Ris may have failed to be vigilant after he collided with a cyclist recently. A video on Facebook page SG Road Vigilante – SGRV captured the incident.

Following the impact, the injured cyclist was reportedly conveyed to the hospital.

On 7 Mar, at 10.19pm, a cyclist was riding along Pasir Ris Drive 1 when a ComfortDelGro Toyota Prius crashed into him. 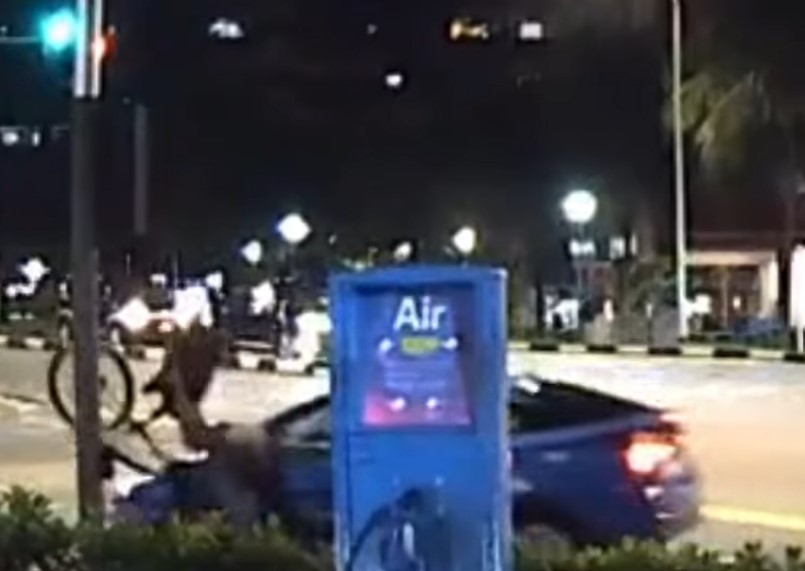 As seen in the footage, the impact appeared to be rather strong, causing the bike to spin a few times.

The cyclist was instantly flung onto the floor.

Not long later, a bystander who likely heard the crash can be seen approaching the scene of the accident to check on the situation.

According to SG Road Vigilante, the cyclist was conscious after the incident but was bleeding from his forehead.

SCDF alerted to the incident at 10.25pm

Responding to MS News’ queries, the Singapore Civil Defence Force (SCDF) said that they received an alert about a road traffic accident along Pasir Ris Drive 1 at about 10.25pm on 7 Mar.

After arriving at the scene, they conveyed a person to Changi General Hospital (CGH).

The current condition of the victim is unclear.

Wishing the cyclist a smooth recovery

While it’s unfortunate that accidents like this continue to happen, they also serve as a reminder for road users to be on high alert, especially when making turns.

We hope that the cyclist is doing okay and will have a smooth recovery.

Hopefully, too, the taxi driver will remember to be more cautious on the road.