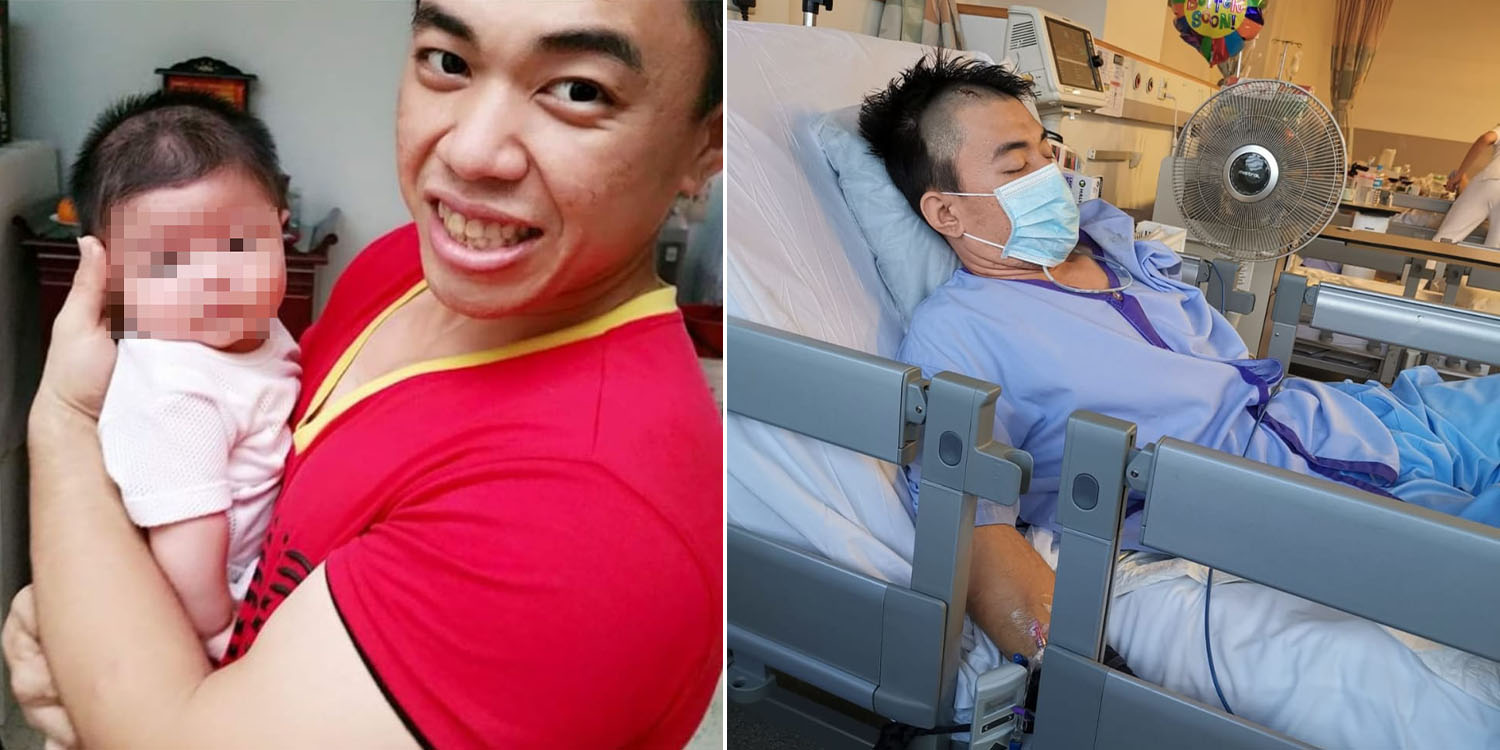 The family has raised almost $25,000 at the time of writing.

One of the worst fears that a family can have is when a member fails to recognise their own blood relative.

From dementia to stroke, the experience can be devastating as years of memories are lost — sometimes gradually, sometimes gone in a flash.

This was sadly what happened to a woman whose husband experienced a stroke. Following this, the 34-year-old man lost his memory and is now unable to recognise his wife and children. 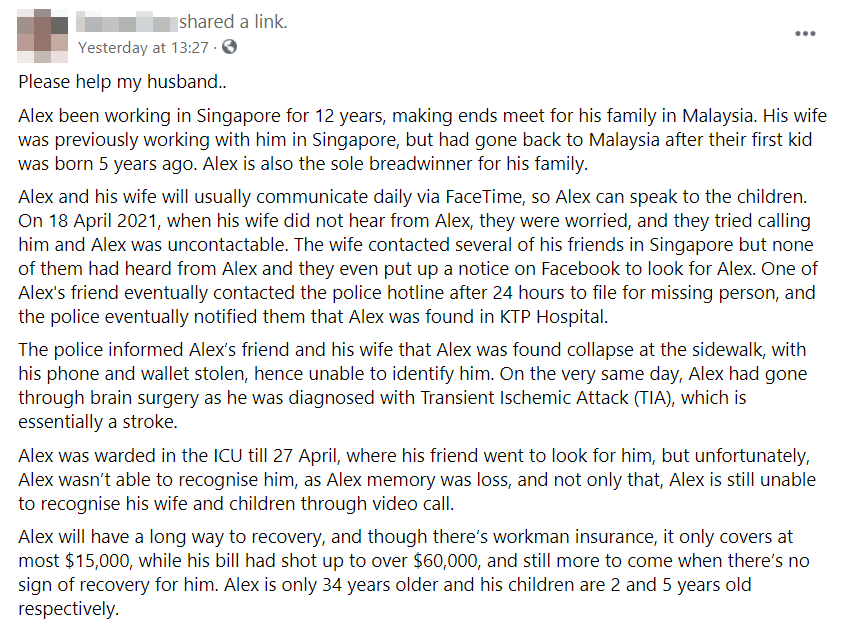 The family is now seeking donations via Give.Asia for his rising hospital bills in Singapore.

Alex is a Malaysian who’s worked in Singapore for the past 12 years to support his family back home.

While his wife was working with him here, she went back to Malaysia 5 years ago following the birth of their 1st child.

On 18 Apr, Alex failed to show up for his daily FaceTime call with his wife and kids.

Although his wife contacted several of his friends, Alex remained uncontactable and missing.

After 24 hours, one of Alex’s friends filed a missing persons report with the police, and eventually the police said Alex was found at Khoo Teck Puat Hospital.

Worker suffered a stroke and sent to hospital

It turns out that Alex was found collapsed on a pavement with his phone and wallet stolen — hence, he couldn’t be identified. He remained in the Intensive Care Unit (ICU) until 27 Apr, but when his friend came to find him, Alex was unable to recognise him.

Alex had lost his memory.

And worse, he doesn’t recognise his wife or kids either.

Alex’s road to recovery will be long, and insurance can only cover $15,000 of his hospital bills, which have ballooned to over $60,000. 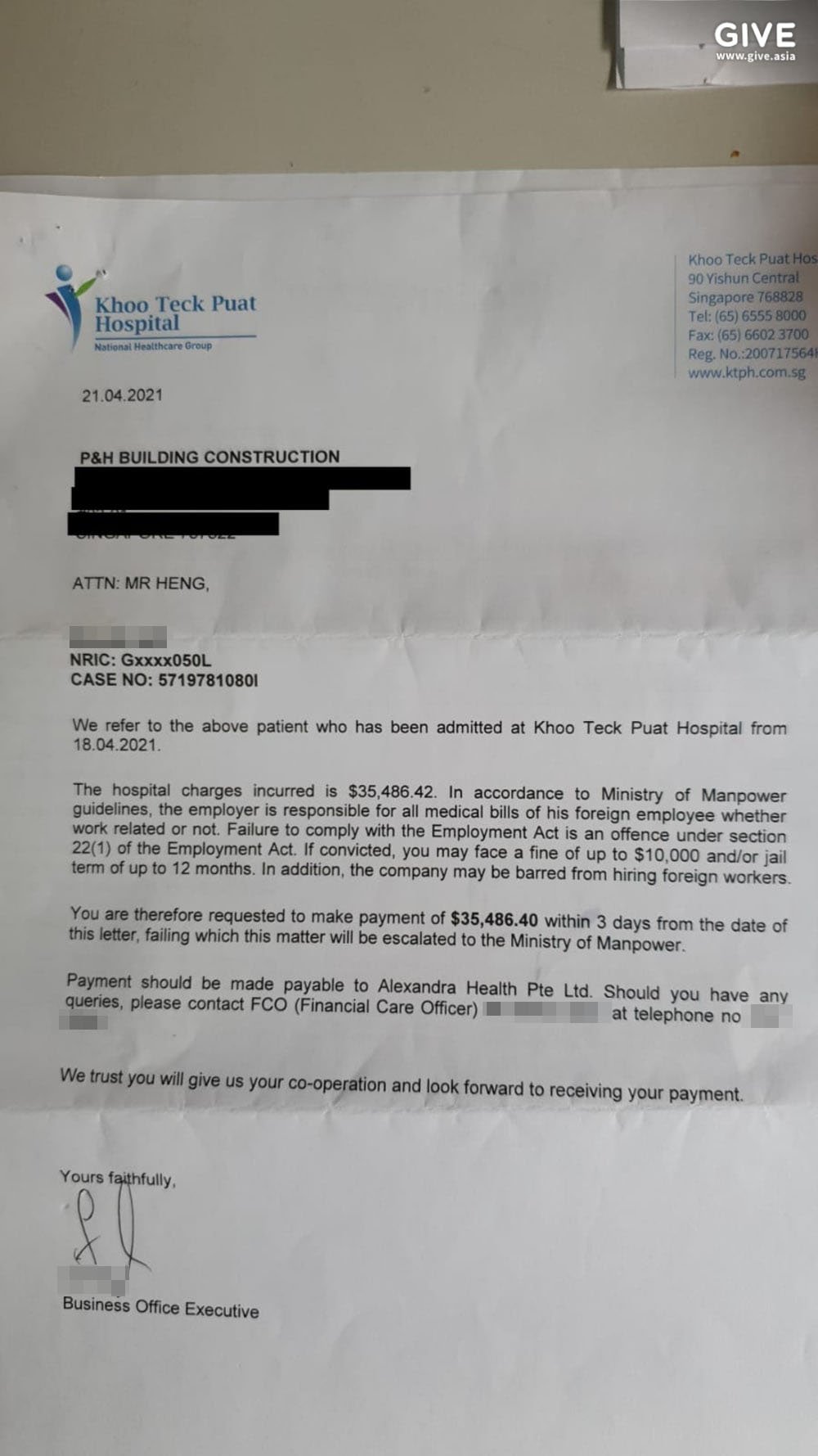 This amount is set to increase further still.

As such, his family has set up a fundraiser on Give.Asia to help alleviate the burden, as Alex is also the sole breadwinner of the family.

You can make a donation here.

The family has raised almost $25,000 at the time of writing.

One cannot imagine what it must be like for a family to know that their papa doesn’t recognise them.

Worse still, Alex is currently away from his wife and kids.

The greatest wish is that Alex can eventually regain his memory, but the road appears long and arduous.

As such, if you’re able to contribute to his medical bills, the family would greatly appreciate the help.