Wounded Brown Poodle In Lentor Home Has Flies Buzzing Around It, SPCA Investigating 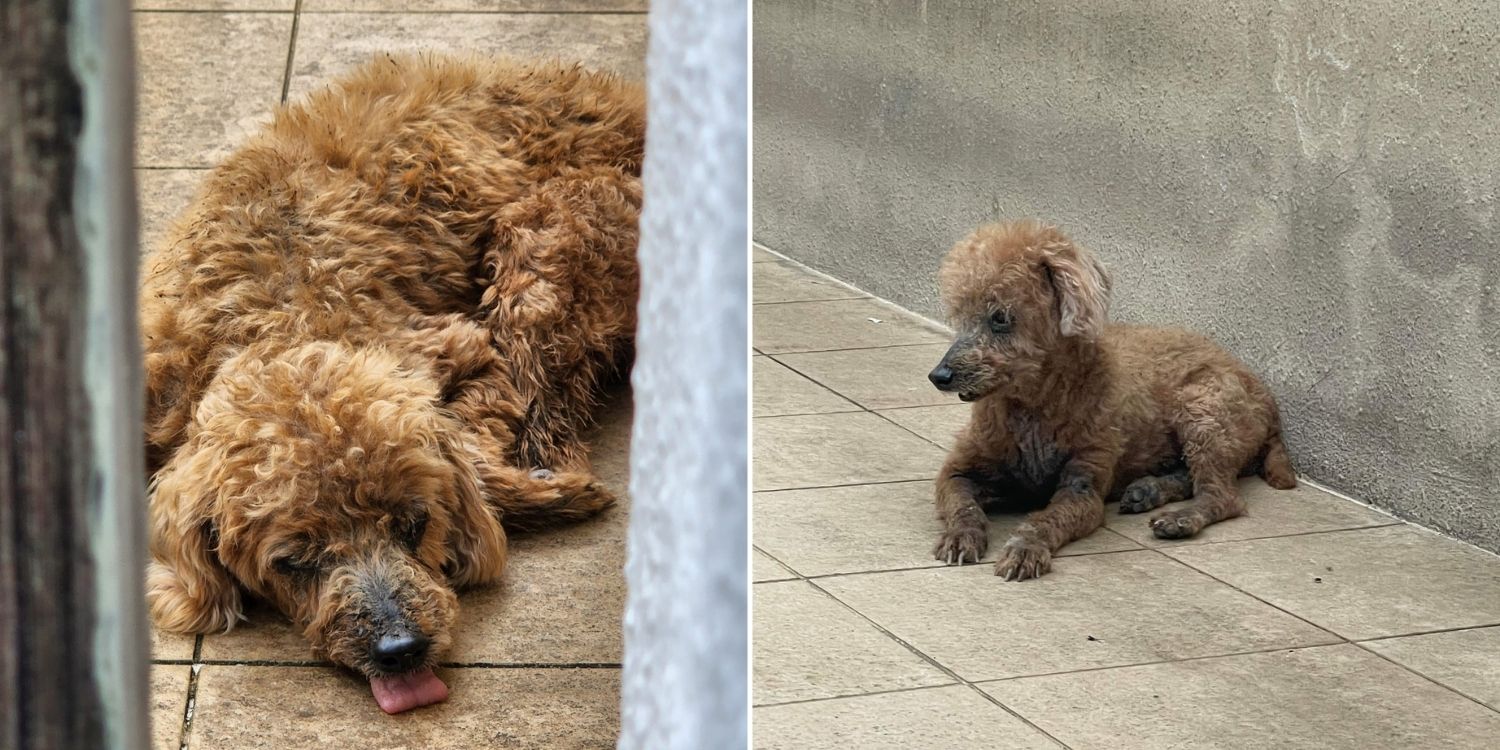 The case of neglect has been happening for over a year.

Owning a pet is more than a full-time job. There are no days off, and you would also need to work in the middle of the night if an emergency arises.

This is the bare minimum that is expected of a pet owner. However, the owners of two dogs at a landed property in Lentor seem to have missed the memo.

One of their dogs, a brown poodle, appeared to be heavily wounded as it gingerly limped around the front courtyard. 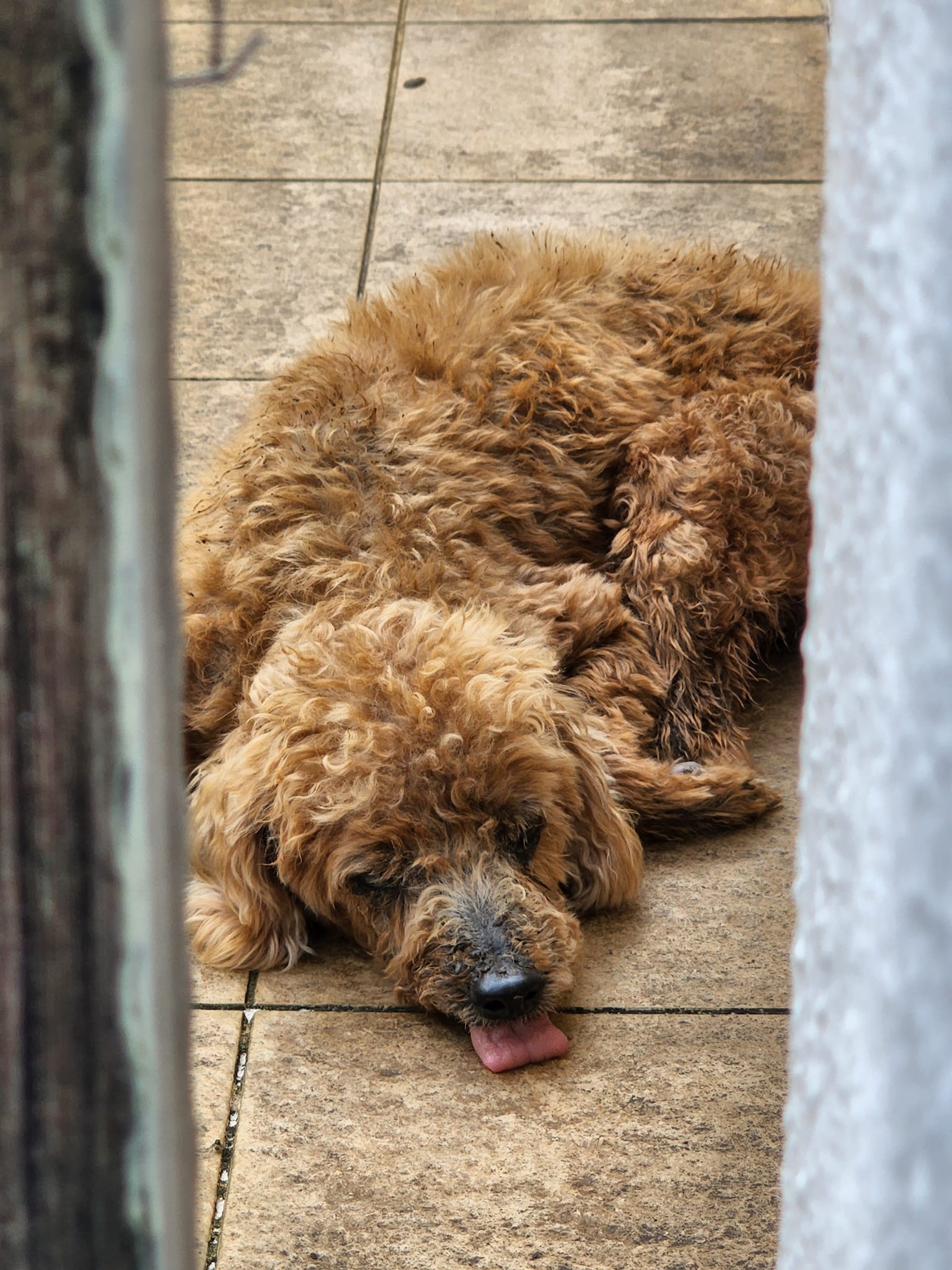 The person who spotted the dog has brought the incident up to the authorities, who are investigating the case at the point of writing.

In a now-deleted Facebook post, the OP claimed that she was alerted to this case of neglect by a friend.

Hearing the horrors retold to her, she headed down to the location in Lentor to procure some credible evidence.

However, the condition of the brown poodle was far worse than what she could imagine.

She described the dog as one that was in terrible shape, devoid of any life and never had a second of his day without a fly buzzing around his body. The OP went as far as to say that his condition is worse than that of a stray.

She noticed that the dog had extremely dark skin riddled with issues, a bodily wound that would explain the multiple flies, and bubbles in its urine. Seeing how bad things were, the OP inferred that the poodle could possibly meet his demise soon, eaten alive by maggots.

As if one neglected pet wasn’t enough, there was also a white Singapore Special.

This poor dog had wounds that were oozing with “juice”, according to the OP. 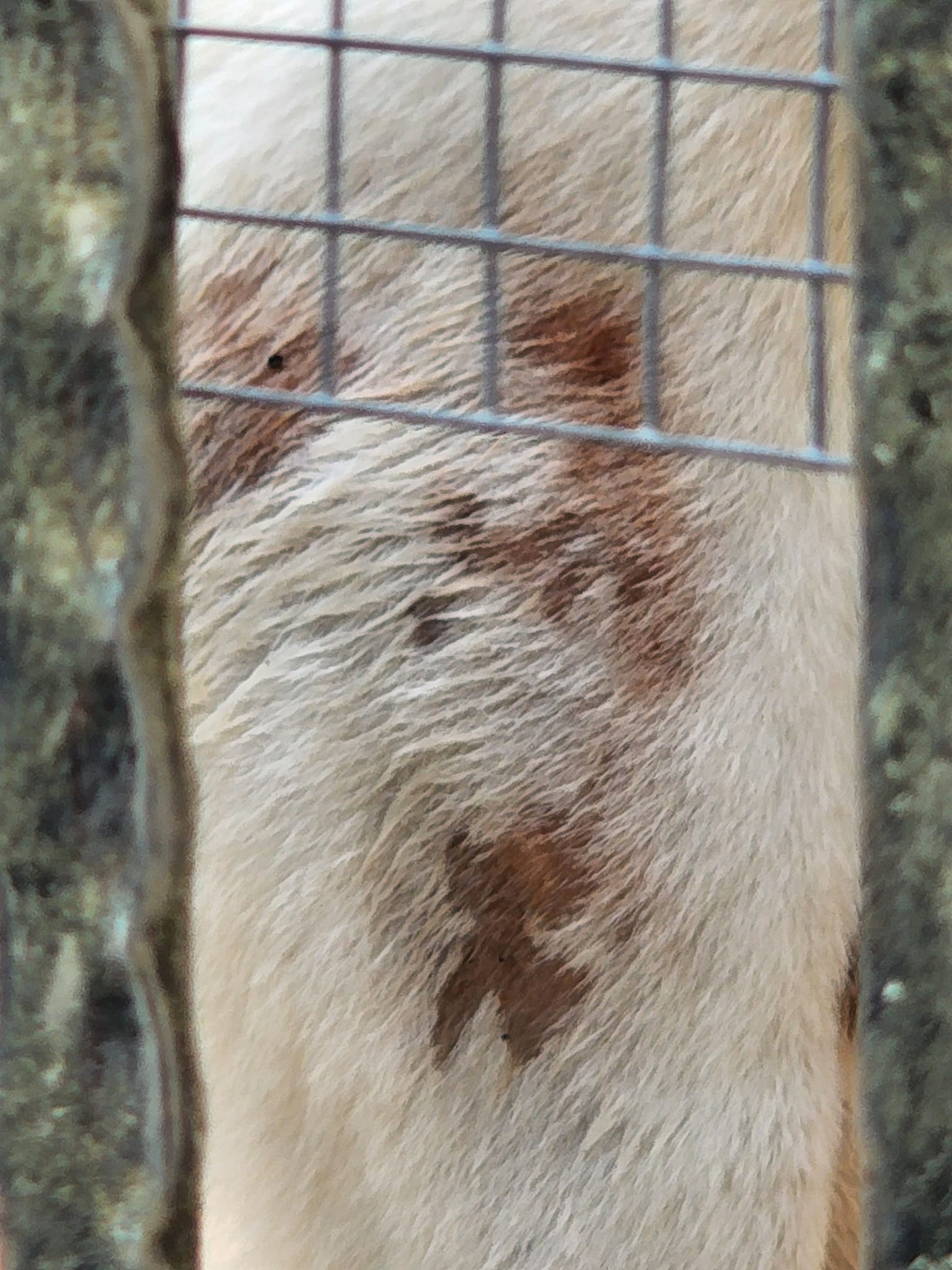 The white dog too, apparently had bubbles in its urine, a symptom of kidney failure, according to Wag Walking.

The OP alleged that both cases weren’t recent developments but have been brewing for a year.

In a separate and older video, the two dogs seemed to have more energy as they interacted with the person behind the camera.

According to the OP, the Society for the Prevention of Cruelty to Animals (SPCA) and The Animal & Veterinary Service (AVS) are actively working on the case.

AVS has allegedly paid a visit to the home in Lentor, and the SPCA is currently investigating the matter.

In response to queries from MS News, the SPCA confirmed that they were alerted to a potential case of neglect of a poodle and a cross-breed dog on 20 Jul.

The SPCA made an unannounced visit to the site on 21st July. The poodle was nowhere to be found. Wounds on the cross-breed were identified as mature and in the process of healing.

The SPCA has since referred the case and all relevant findings to the authorities for enforcement action.

MS News has also reached out to AVS for comments and will update the article when they get back.

Hope the dogs get the care & treatment they need

Providing vulnerable creatures like pets with a place to live is one thing, but caring for them in good and bad times is a whole other responsibility.

Seeing these dogs in such sorry states is heartbreaking, especially if the claim that it has been ongoing for a while is true.

If the owners have indeed failed their pets, we hope that they’ll make up for it by making sure the dogs receive the treatment they need.

Otherwise, perhaps surrendering them to animal welfare groups or the authorities would be much better.