Must Share News – Independent News For Singaporeans
Home Current Affairs Health Yacht’s Licence Suspended After Lazarus Island Gathering With Over 5 On Board... 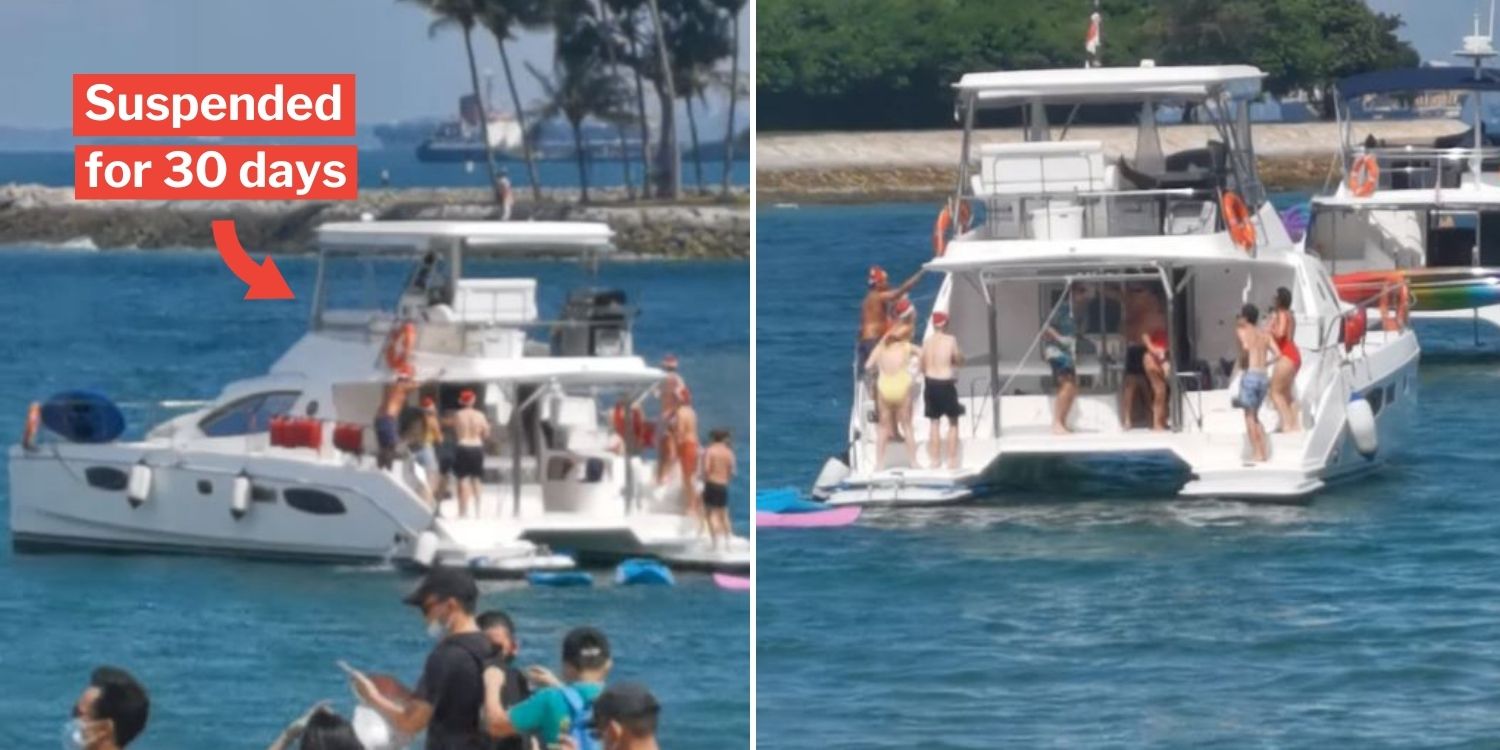 In the days more Christmas last year, many people seemed to be in the festive mood, despite this nasty little thing called Covid-19.

However, Phase 3 only started on 28 Dec, which meant that our Christmas gatherings had to be limited to groups of not more than 5.

Some apparently didn’t get the memo, though: A group of at least 10 partygoers were seen on a yacht in Lazarus Island on 26 Dec.

As that number exceeded the maximum of 5 allowed, and the group was co-mingling, the licence of the yacht was suspended for 30 days.

In a news release on Saturday (23 Jan), the Maritime and Port Authority of Singapore (MPA) identified the pleasure craft as the Advant.

It had been chartered for a social gathering, they added.

Judging from the photos and videos posted on Facebook, the yacht was anchored close enough to the shoreline of Lazarus Island that onlookers could have a clear view of what was happening on board. 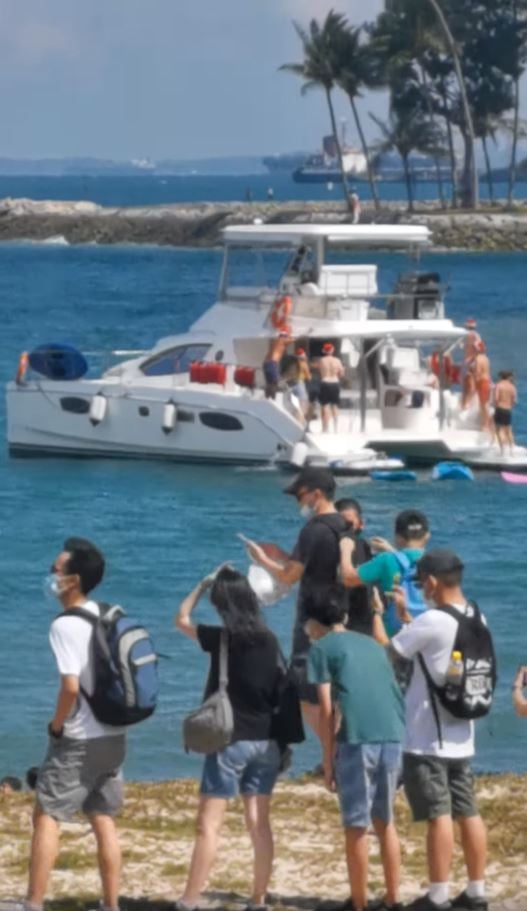 However, that didn’t stop them from partying.

Co-mingling, dancing among those on board

Although the MPA didn’t reveal exactly how many were on board, they said it was more than 5, and they were co-mingling.

From the videos, the mixed group of men and women appeared to be not just co-mingling, but having the time of their lives. At one point, they were seen dancing to the strains of music.

In one video, it’s possible to clearly count 10 people on board the yacht. 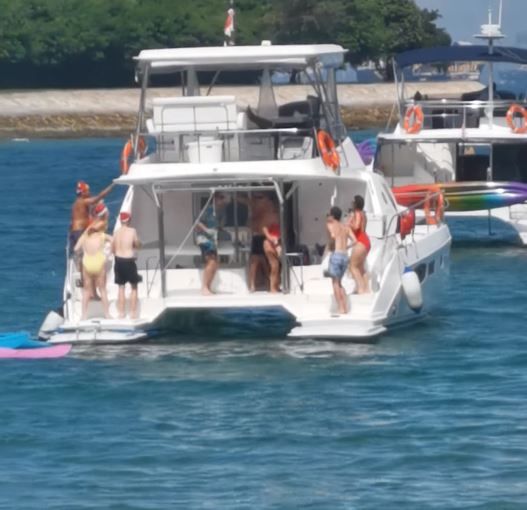 While the partygoers were all wearing swimwear, some were wearing Santa Claus hats.

What they were clearly not wearing, though, were masks.

Further action may be taken against law breakers

Though the yacht’s licence has been suspended, many will probably wonder whether the partygoers will face punishment.

In its statement, the MPA said they are still investigating the incident.

If the investigations reveal that people have broken the law, “further action may be taken” against them, they added.

In fact, MPA said they “will not hesitate” to take those involved to task, as a very serious view is taken of any breaches.

As the yacht has already been suspended, it does look like the partygoers will be subject to some form of punishment also.

MPA also reminded owners and operators of pleasure crafts not to deviate from the safe management plans they submitted in order to resume their business.

Failing which, their licences will be suspended, just like what happened to the Advant.

It might have been the festive period, but Covid-19 doesn’t respect the season. The law is there for a reason – it’s to keep the spread of the virus under control in Singapore.

Some people may think they and their friends are healthy and shouldn’t need to follow such rules, but frankly, many people think the same way.

And if everyone who thinks they’re not infected disregards the rules, we may see more wave of the disease coming.