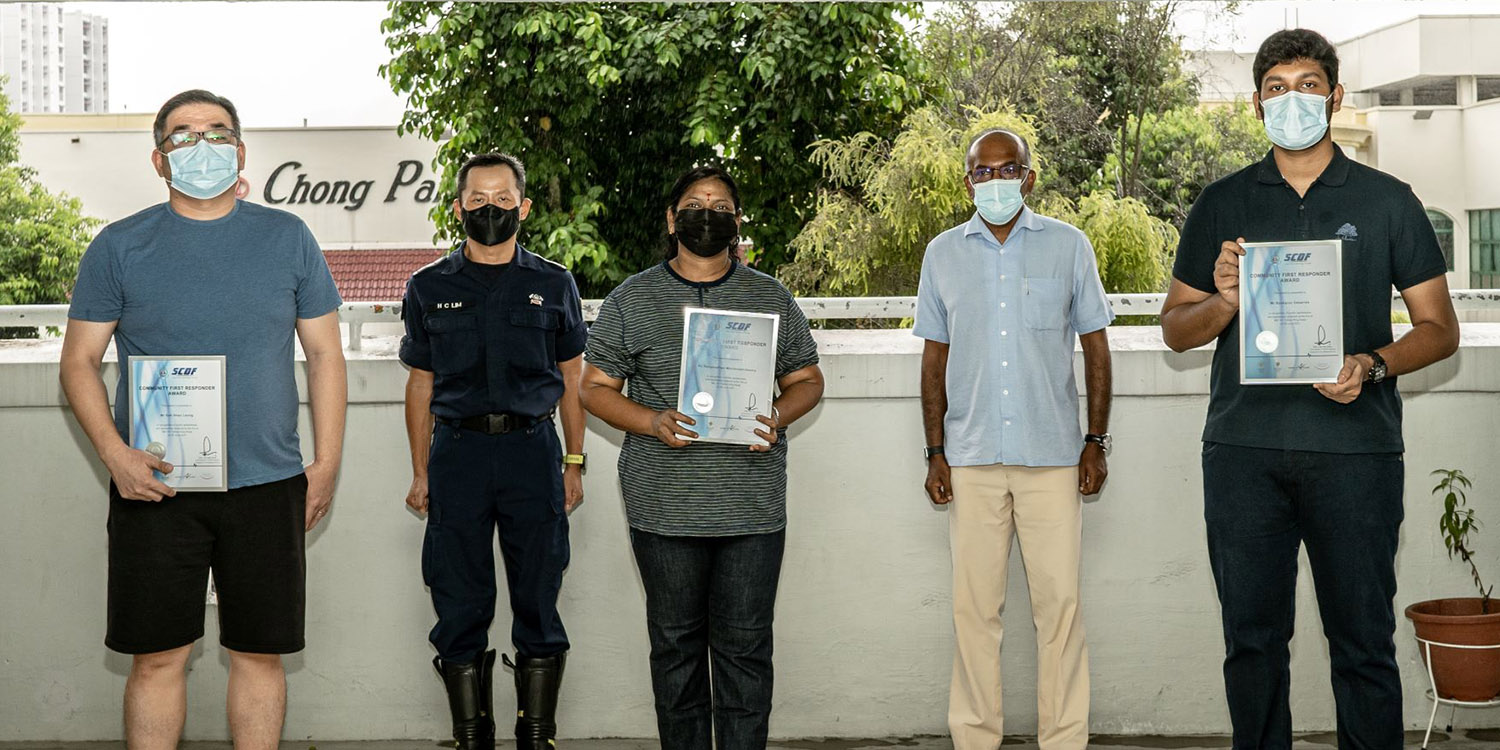 Having a good neighbour is always a blessing. One elderly lady living in Yishun would probably agree after she was rescued by 3 residents when her house caught fire last month. 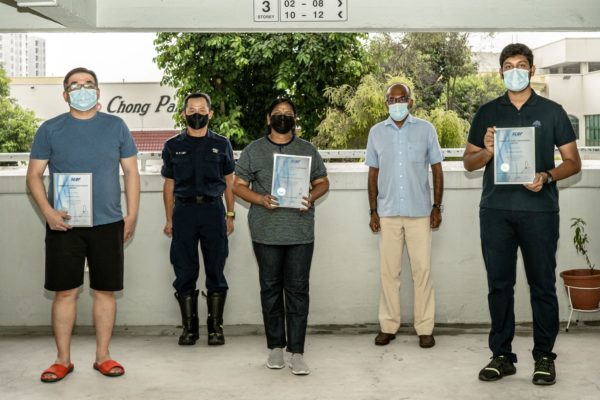 On 29 Jun, a fire on the 3rd floor of Blk 141 Yishun Ring Road led to the evacuation of 100 residents. Paramedics had to send 10 of them to the hospital.

A lit camphor, which an elderly resident dropped on her bed after prayers, turned out to be the cause.

However, as the elderly woman has dementia, she did not notice the fire and by the time she did, her whole mattress was on fire. 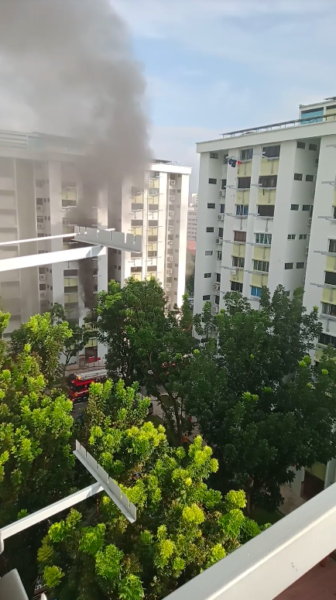 Thankfully, the elderly woman’s neighbours were alert and realised that the flat was on fire. Ms Mouttou, Mr Baskaran Sabarish, and Mr Soh Shao Leong immediately assisted the elderly resident and brought her to safety.

Ms Mouttou, a domestic helper in a neighbouring unit, suffered some burns as she entered the bedroom to help get the elderly lady out of the burning flat.

The 3 residents also alerted other neighbours to evacuate before the situation got out of hand. Thankfully, no one was seriously injured in the fire.

For their bravery, SCDF awarded the 3 residents with the SCDF Community First Responder Award.

Mr Shanmugam himself presented the award to them. He was joined by Colonel Lim Han Chee, Commander of the 3rd SCDF Division. 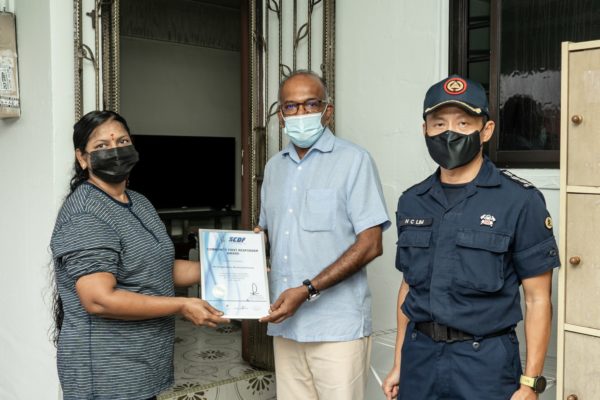 Mr Shanmugam also had the opportunity to speak to the 3 Yishun residents who rescued the elderly lady. 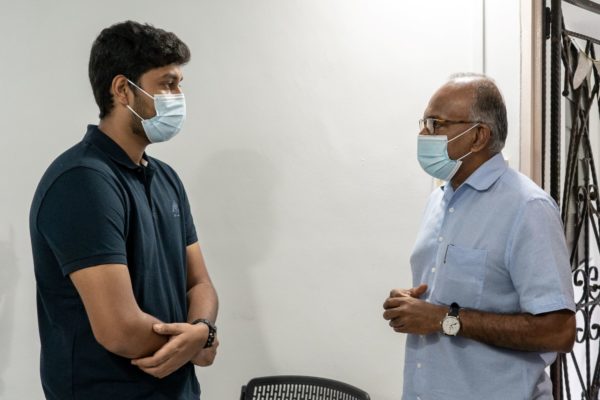 On behalf of the community, he was able to thank them for their help. 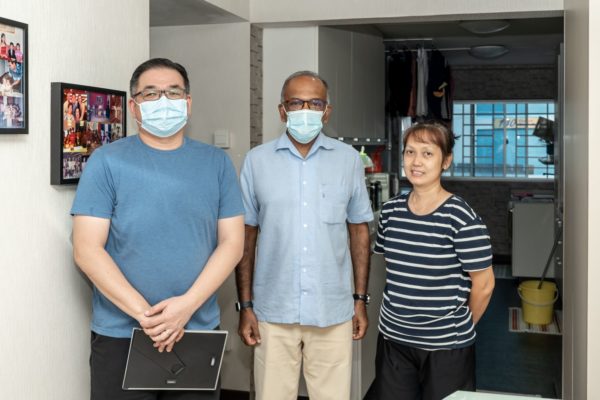 While there have been many incidents of bad neighbours recently, these residents prove that there also good neighbours around.

Thank you to these local heroes for helping out a neighbour in need.

Let’s strive to be more like them, and look out for others in our community.