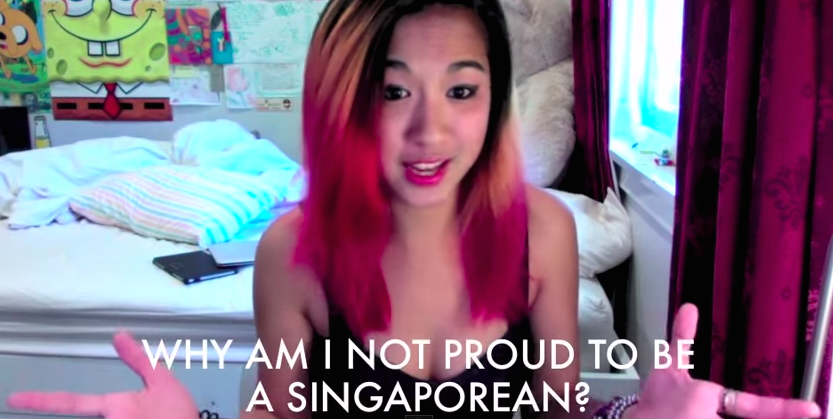 What happened on the Internet stays online forever

With the power of social media, it’s no longer a feat to attain infamy. Want to be instantly famous? Here’s the tried-and-tested formula: do something ridiculous that will get you flamed. As they say, there is no such thing as bad publicity.

Following news chronicling the adventures of Amos Yee, here are 10 other Singaporean young rebels who caused uproar on the Internet, gaining overnight fame.

17-year-old Gan Huai Shi pleaded guilty on 26 October 2005 to sedition for posting inflammatory remarks about Malays and Muslims on his blog. In his rant, he compared Malays and Muslims to “rodents” and claimed “the Malays must be eliminated before it is too late”. 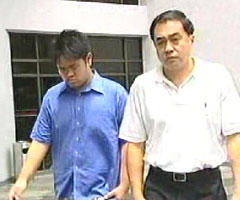 Even before Gan was charged, his blog had already caused online furore. He was the third person to be charged under the Sedition Act.

19-year-old Isabella Chen was a female sex blogger widely known as Sarong Party Girl or Miss Izzy. She gained notoriety after posting nude photos of herself and blogging on controversial topics about her sexual shenanigans, relationship and how to be a Sarong Party Girl (SPG). 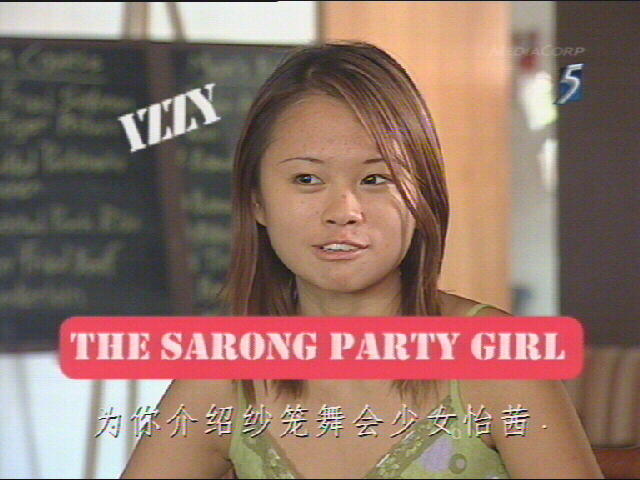 Her sex blog is now defunct, but she occasionally updates her other blog here with short fiction.

On 8 November 2010, 16-year-old Xavier Ong tweeted a picture of his ‘O’ Level Combined Humanities Paper 1 exam paper just 13 minutes before the exam started. The photo was accompanied by the caption: “Do you dare bring phone into examination hall and take a picture?” The tweet received much attention locally and globally, prompting a girl from the United Kingdom to ask, “Is this legit?” 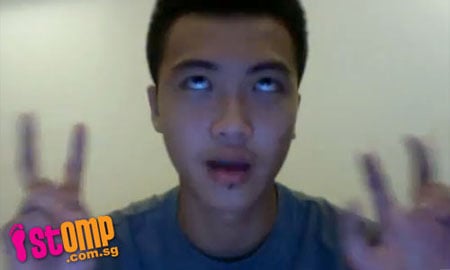 He admitted that he uploaded the photo as a publicity stunt and hoped to gain more followers on Twitter. The tech savvy teen did not think that his tweet would garner so much attention and said he regretted his actions.

He eventually received a “T” grade for all his subjects, which meant “termination of results due to exam misconduct”.

On 8 January 2011, he caused another stir online when he boasted about illegal driving. The underage teen tweeted that he was “driving the company car home tonight”. He also added that his mother told him: “Next time…want car…just ask for key.”. A 15-year-old bragged about being pregnant and getting married on Facebook. One of her Facebook updates said, “Those who wanna come for my wedding please like and comment”. However, it seems like there’s no happy ending for her as the guy shirked responsibility. 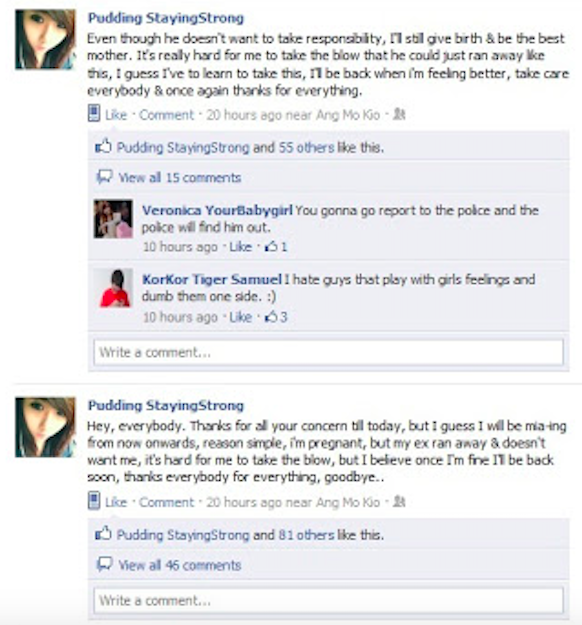 To her detractors, she had this to say:

But hey, at least she got her five minutes of fame.

In 2011, a 14-year-old teenage girl who goes by the online moniker Adelyn Hosehbo made waves online after she boasted about slapping her mother twice in a Facebook post. In an expletives-filled post, Adelyn boasted about how she slapped her mother twice as she was unhappy with her mother’s incessant nagging. Her post went viral within hours, and even trended on Twitter worldwide. 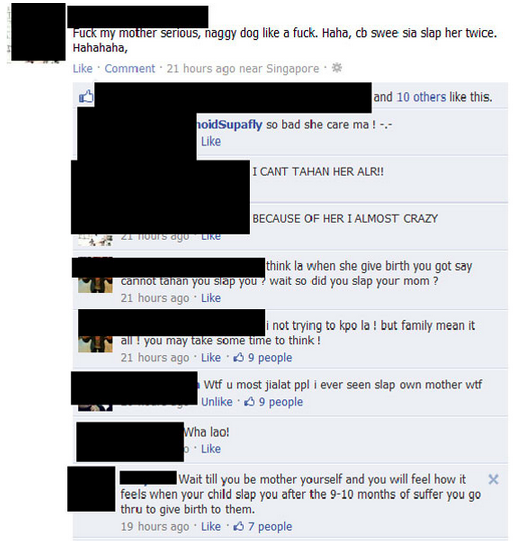 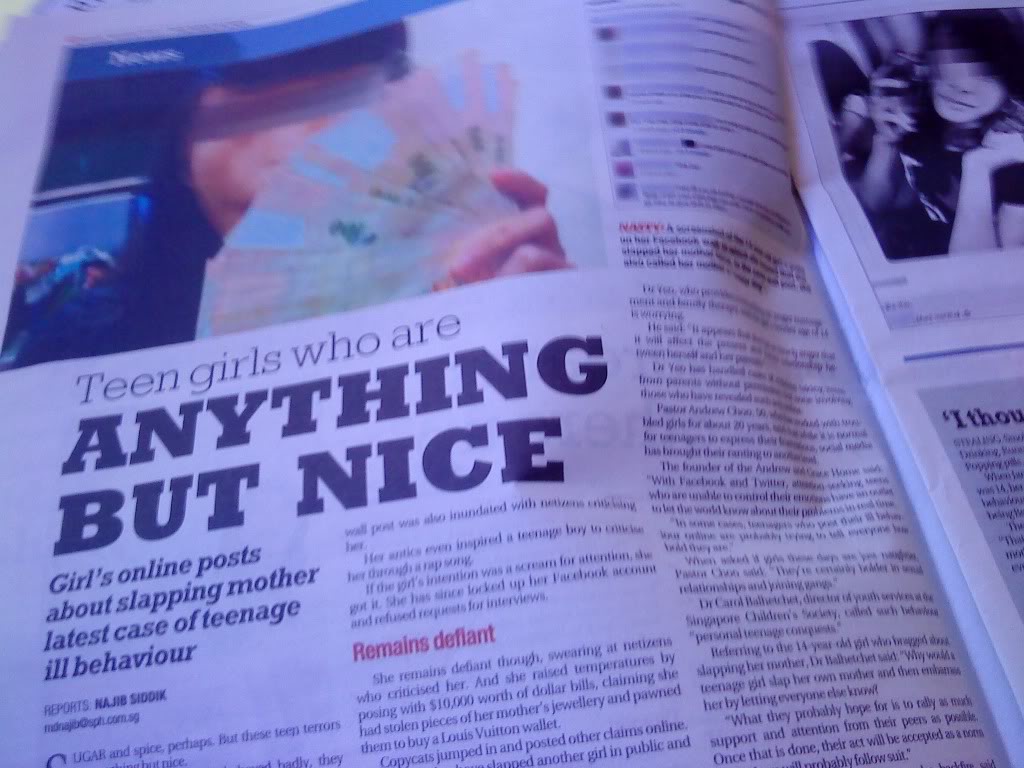 She was later exposed by netizens for stealing her mother’s jewellery and then pawning them for cash amounting to $10,000. Of course, not putting a photo up on social media means it never happened – she flaunted her wealth by taking a photo with it. It was also said she used the cash to buy herself a Louis Vuitton wallet. 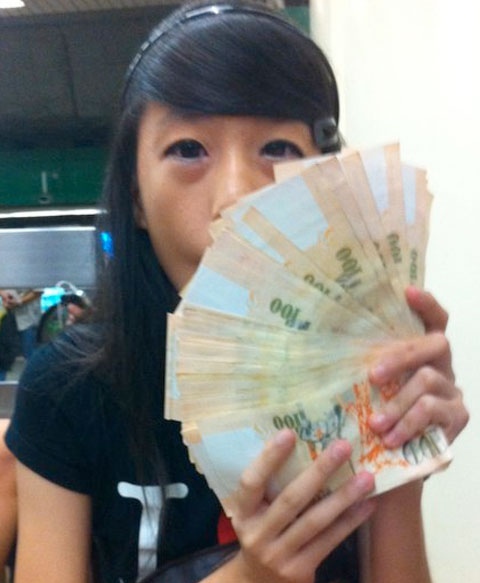 She might have her fair share of detractors, but had also garnered some support… in the form of Steven Lim. 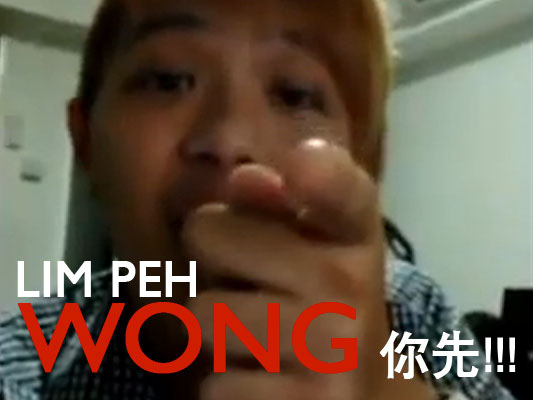 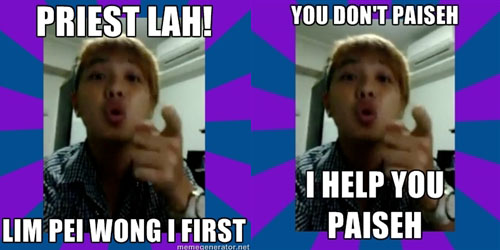 As the saying goes, one shall never covet another man’s girlfriend. In 2011, 14-year-old Ryanzxc Gobangwall found out the hard way when 18-year-old ah beng Aaron Tan made a 10-minute video to wong (read: warn) Ryan for hitting on his ex-girlfriend Nina Wantyouonly. (What is up with these odd Facebook names?)

Wongning: This video is laced with English, Chinese and Hokkien profanity.

The video went so viral it even spawned a troll video:

STOMP also reported that Tan had offered $100 to anyone with information on Ryanzxc Gobangwall so he could confront his love rival.

7. Ltherael/ Your mother pass away

Best remembered for his opening catchphrase in his videos, “your mother pass away”, this ah beng made a vlog on how to get a girl in Singapore, boasting a 90% success rate.

Despite the catchy vlog title, he didn’t actually tell you how to get a girl in Singapore. It was mostly a rant on how messed up Chinese Singaporean girls are. Try not to be distracted by his excessive blinking.

TL;DW? Moral of the story (according to Ltherael): just be an asshole.

Following the success of his first vlog, he followed up with another vlog about jobs in Singapore. At least he was wearing a shirt this time, thank goodness.

We might just have passed away watching these two videos of his.

K-Pop Star Hunt 3 finalist and YouTube personality Stephanie Koh, better known as Steph Micayle, raised the ire of netizens after she commented that she didn’t feel proud to be a Singaporean.

She later clarified that by the term “everybody”, she was referring to the “majority” of Singaporeans. To prove her point, she made a video about why she’s not proud to be Singaporean and the video went viral overnight: 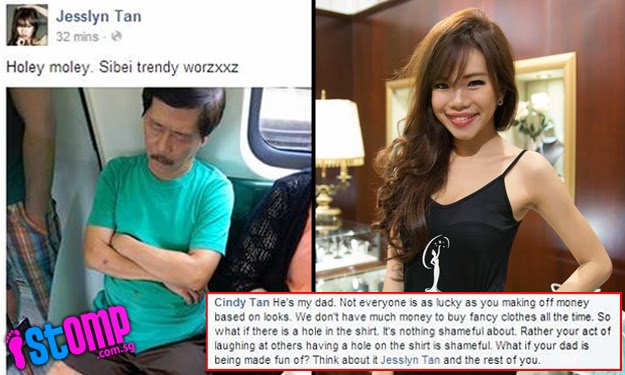 In fact, the uncle, who was working at Bukit Merah view’s famous Shang Hai Teochew Porridge stall, was so affected by the publicity that he wanted to quit despite having worked at the stall for 28 years. Btw, the lady who commented turned out to be unrelated to the uncle. 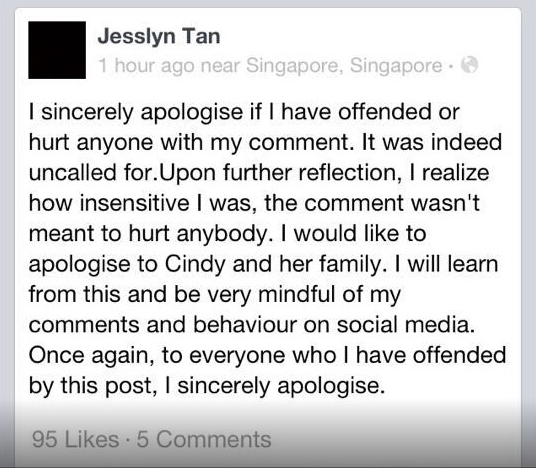 This group of pranksters first shot to fame with a cruel prank of The Purge, where they went after unsuspecting victims with a parang.

Then, they followed up with a video to commemorate the World No Tobacco Day. A prankster from MerlionTV went around pouring water on random smokers. Netizens had mixed reactions towards the video – some criticised the prankster, some found it funny, while some questioned if it was staged.

Ironically, two months prior to the #StopThePuff prank, the prankster actually uploaded a photo of himself puffing away on Instagram. The photo has since been removed. 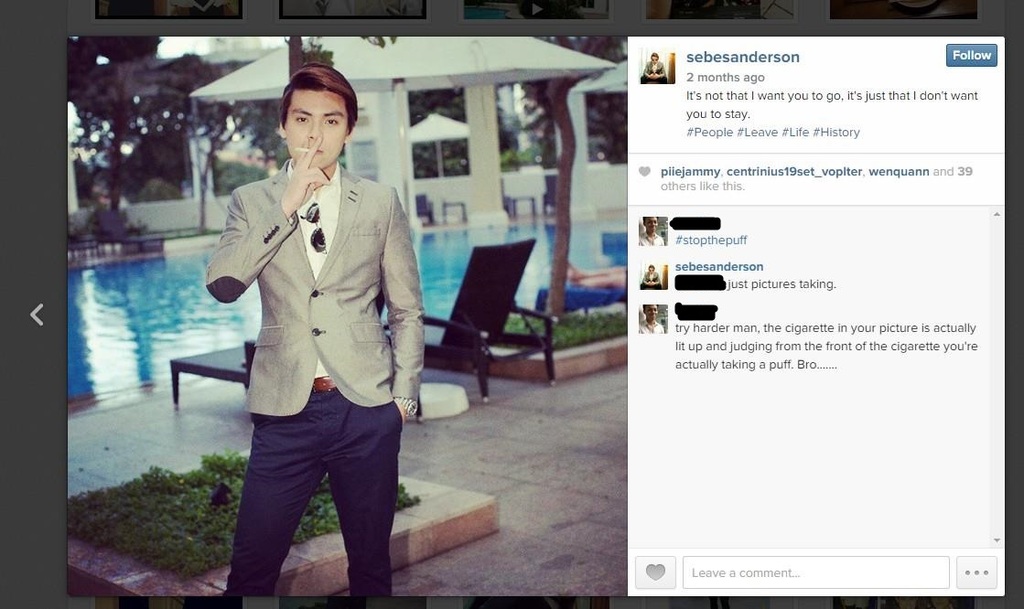 We have the responsibility to make use of the Internet properly and not abuse it. The internet is not a personal space – many a time we would post not-so-wise content online without considering the repercussions.

To the general public, these people are nothing more than attention seekers. How true is that, really? And who are we to judge – it’s after all human to err. Some of us might have done even stupider things in our lives – just that the Internet was not as prevalent for us to document it. Granted, some might be more distasteful than the others, but above all, their actions sounded more like a plea for help.