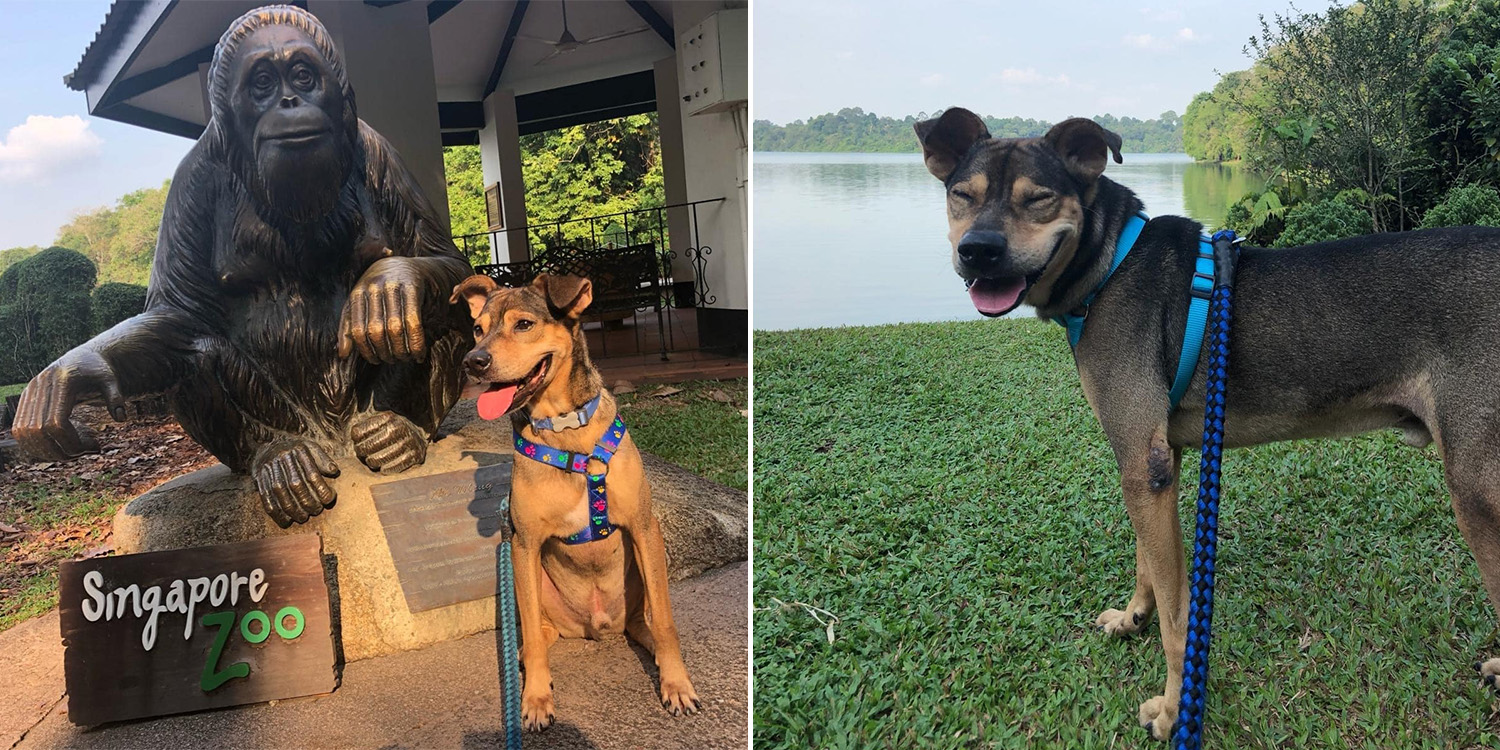 Bruce has been looking for a home for 3 years.

When an animal has been living on the streets for quite some time, it might take some time for them to get used to humans, especially if they have been ill-treated.

However, with time and assistance, they may one day become a loveable and friendly pet for you to take home.

The Singapore Zoo has collaborated with the Society for the Prevention of Cruelty to Animals (SPCA) to launch a new pilot programme to help shelter dogs.

Furever Yours aims to help shelter dogs find a loving home that they can call their own. It is specially catered towards dogs that have been living at the shelter for a while.

By showcasing the shelter dogs at The Animal Friends Show in the Zoo, SPCA hopes that there will be a higher probability of them getting adopted.

Under the programme, Furever Yours will help to train shelter dogs to make them more easygoing and friendly.

The catch is that the zoo will train one rescue dog at a time until they’re able to rehome them.

The first shelter dog chosen for the programme is 7-year-old Bruce. He was first rescued by the SPCA in May 2016 after they found him in the streets wearing a choke chain and likely abandoned. 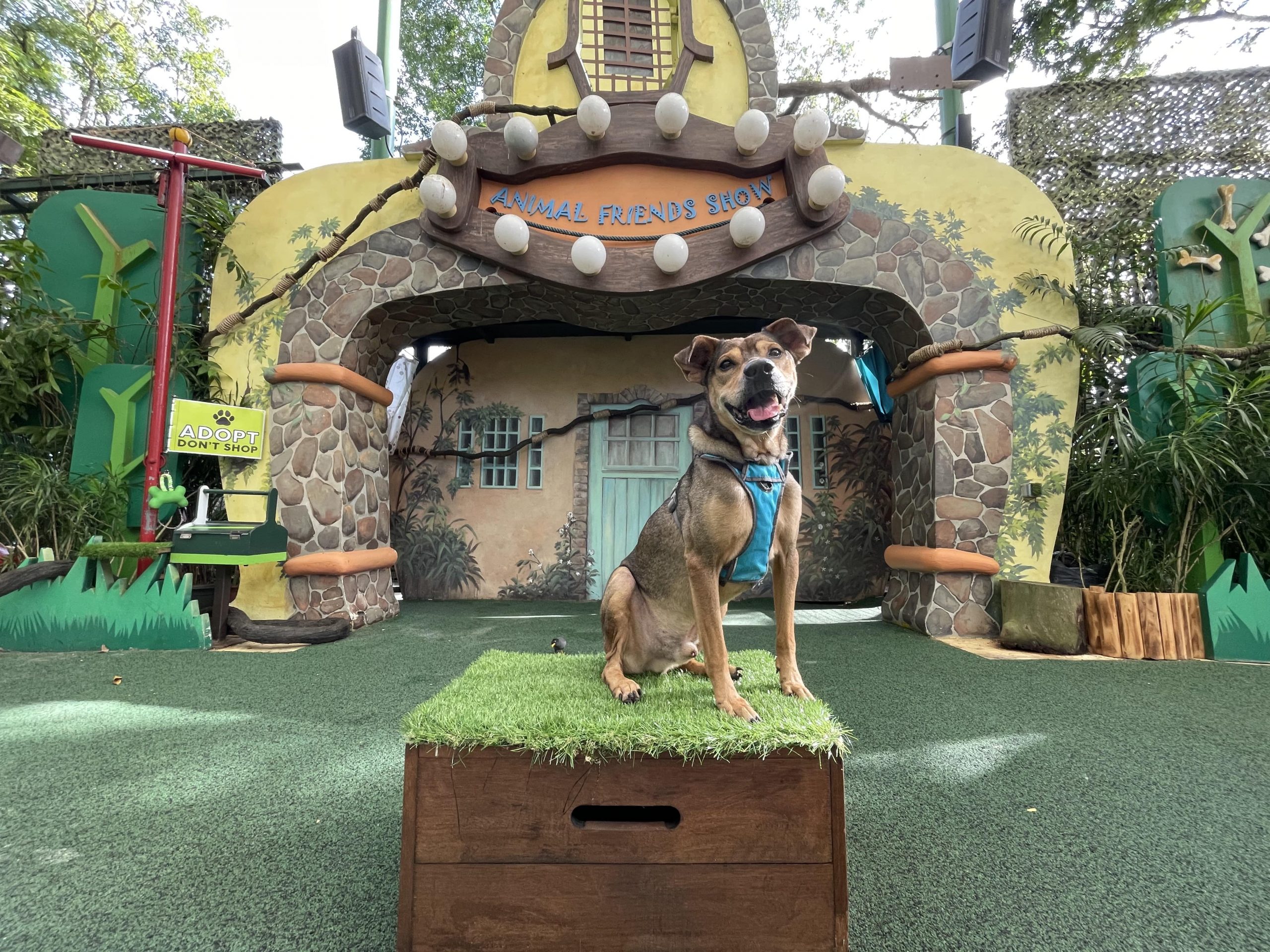 Since Bruce did not have a happy past, it was natural for him to shy away from strangers. Hence, Bruce has been taking longer than usual to find his home as he could come off as unfriendly.

Bruce has been fostered by the Zoo’s Animal Friends Show team since Aug 2019.

He has undergone force-free reinforcement training by the team such as basic obedience training.

Bruce was also taught behaviours that would enrich his life and ease him into various veterinary care procedures.

He has since blossomed into a confident, friendly and curious dog.

As Bruce is now ready to find his forever home, the SPCA is looking for someone who will take Bruce into a loving home.

They hope that his new owners will be an active family who will continue Bruce’s force-free positive reinforcement training.

Both the Singapore Zoo and SPCA encourages people to adopt rather than shop for pets.

They hope that the programme would be able to raise awareness for shelter animals like Bruce and get them adopted. 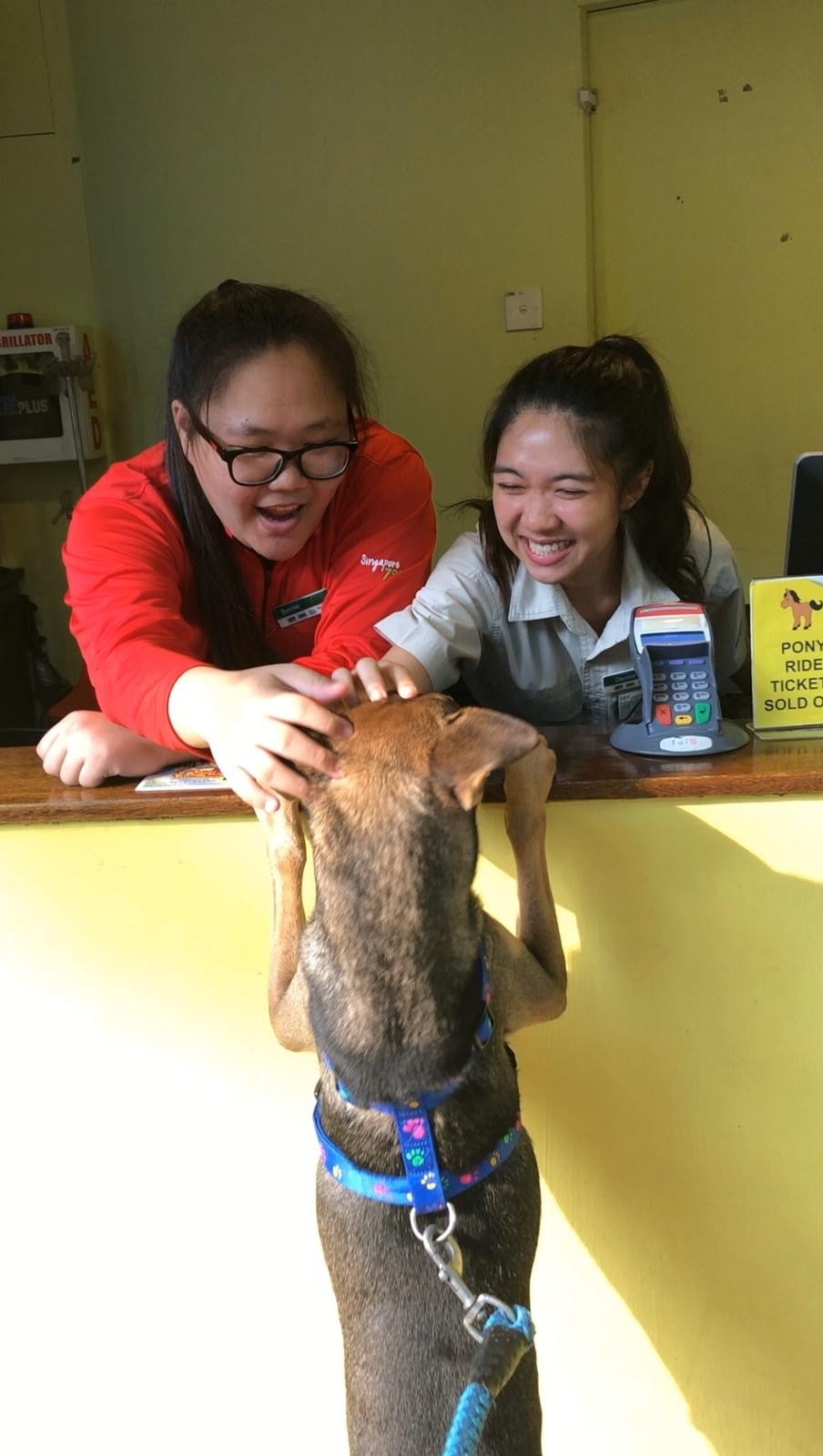 There are many other animals like Bruce waiting for someone to adopt them.

In nurturing a more loving and social demeanour in dogs like bruce which have experience rejection and abandonment, we are confident that they can become adoptable.

For those who are interested in adopting Bruce, you may visit the SPCA website to find out more about the adoption process.

Hopefully, with this collaboration programme, more people would adopt shelter dogs rather than getting them from the store.

We hope that Bruce will be able to find his furever home and gets all the love that he deserves.