Driving is a privilege accorded to those who have passed the relevant exams to ensure the safety of all road users.

However, an 18-year-old who had no licence was speeding to evade the police before he crashed his blue BMW into a road divider at Punggol around midnight on Saturday (22 May).

A passenger in the car was rescued by Singapore Civil Defence Force (SCDF) personnel and conveyed to Khoo Teck Puat Hospital. 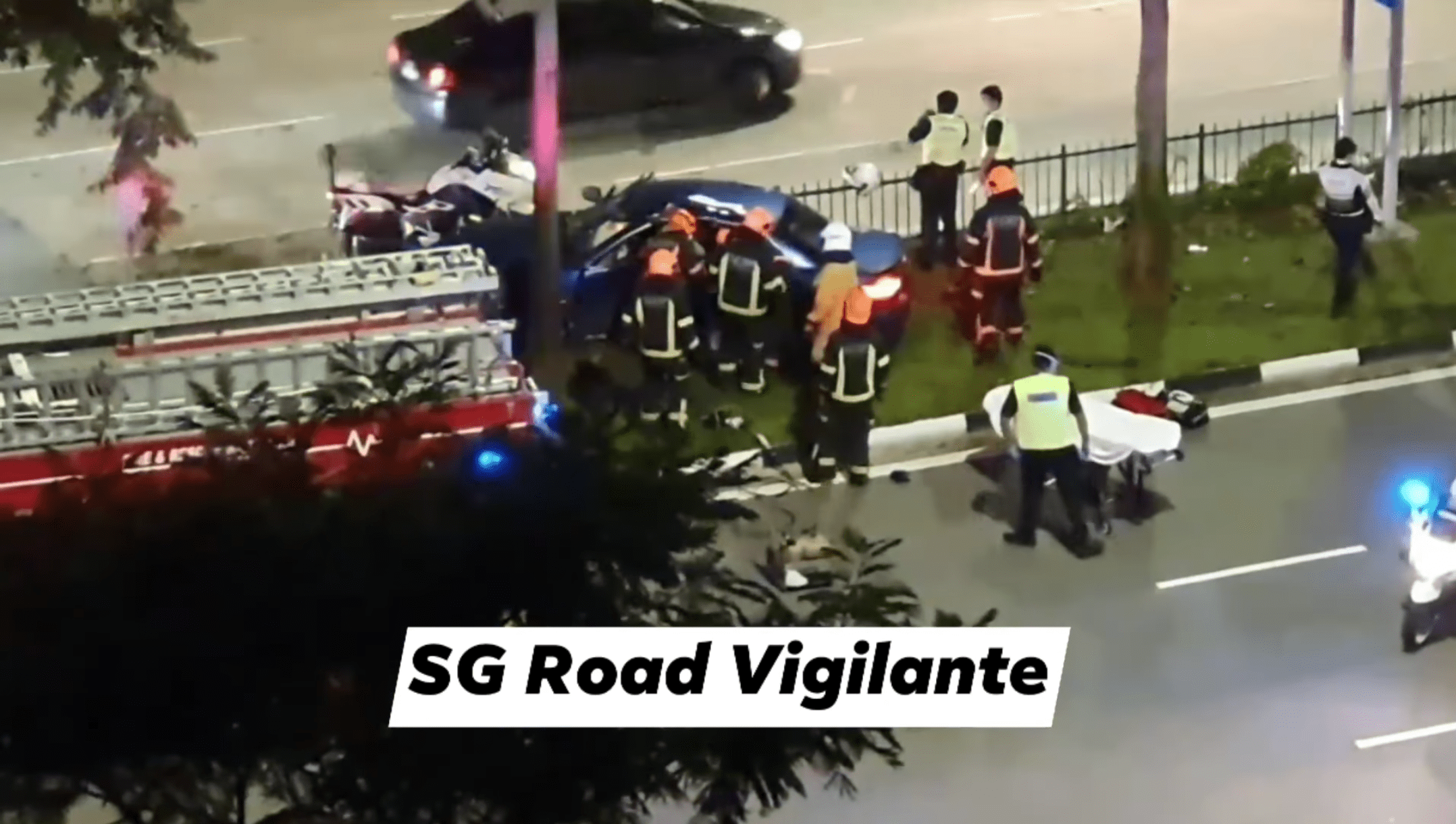 On Saturday (22 May) night, traffic police were patrolling at Seletar Expressway (SLE) towards Tampines Expressway (TPE).

According to Lianhe Wanbao, when the blue BMW drove by, they waved at the driver and signalled for him to stop at the side of the road.

But upon seeing the police, the driver sped away instead.

Video footage shows him driving at high speed along the expressway. 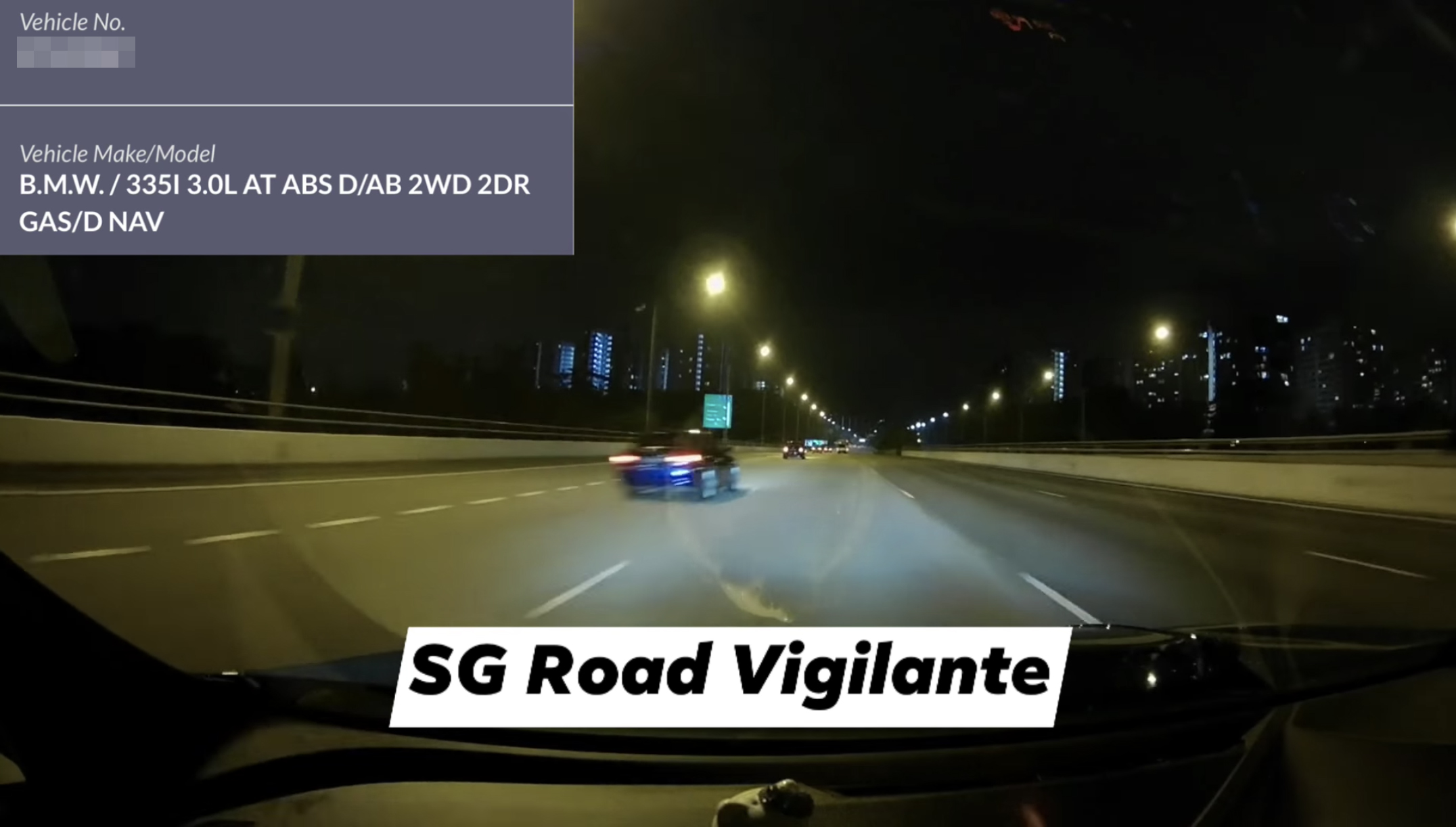 Traffic police quickly gave chase on motorcycles, following him for about 5km.

When the driver got off TPE at the Punggol exit, he lost control of the vehicle and crashed into the road divider. 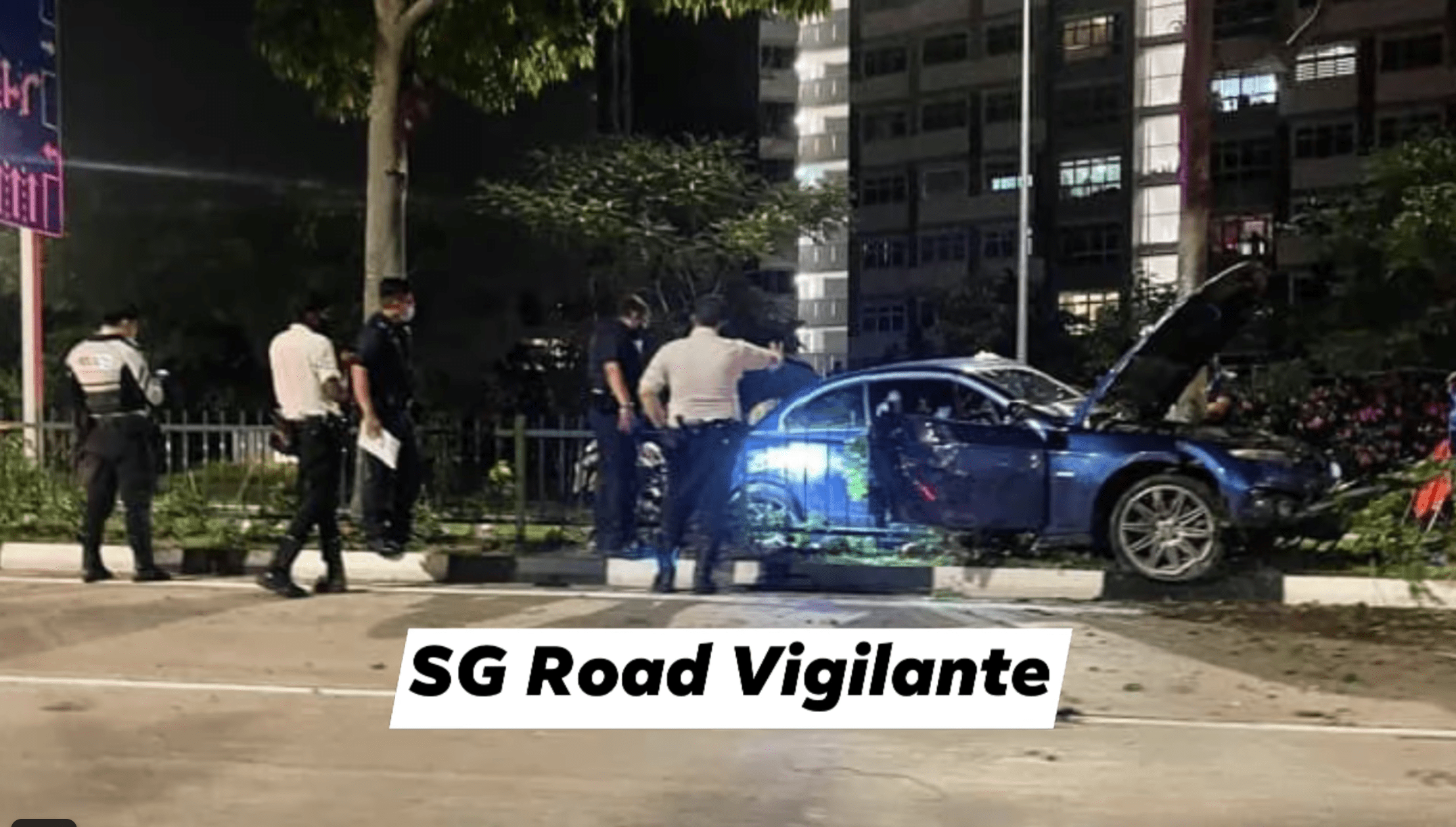 Lianhe Wanbao reports that the driver got out of the car unharmed.

However, a passenger was trapped in the vehicle as the door was severely damaged and dented.

A few passers-by tried to help but to no avail. 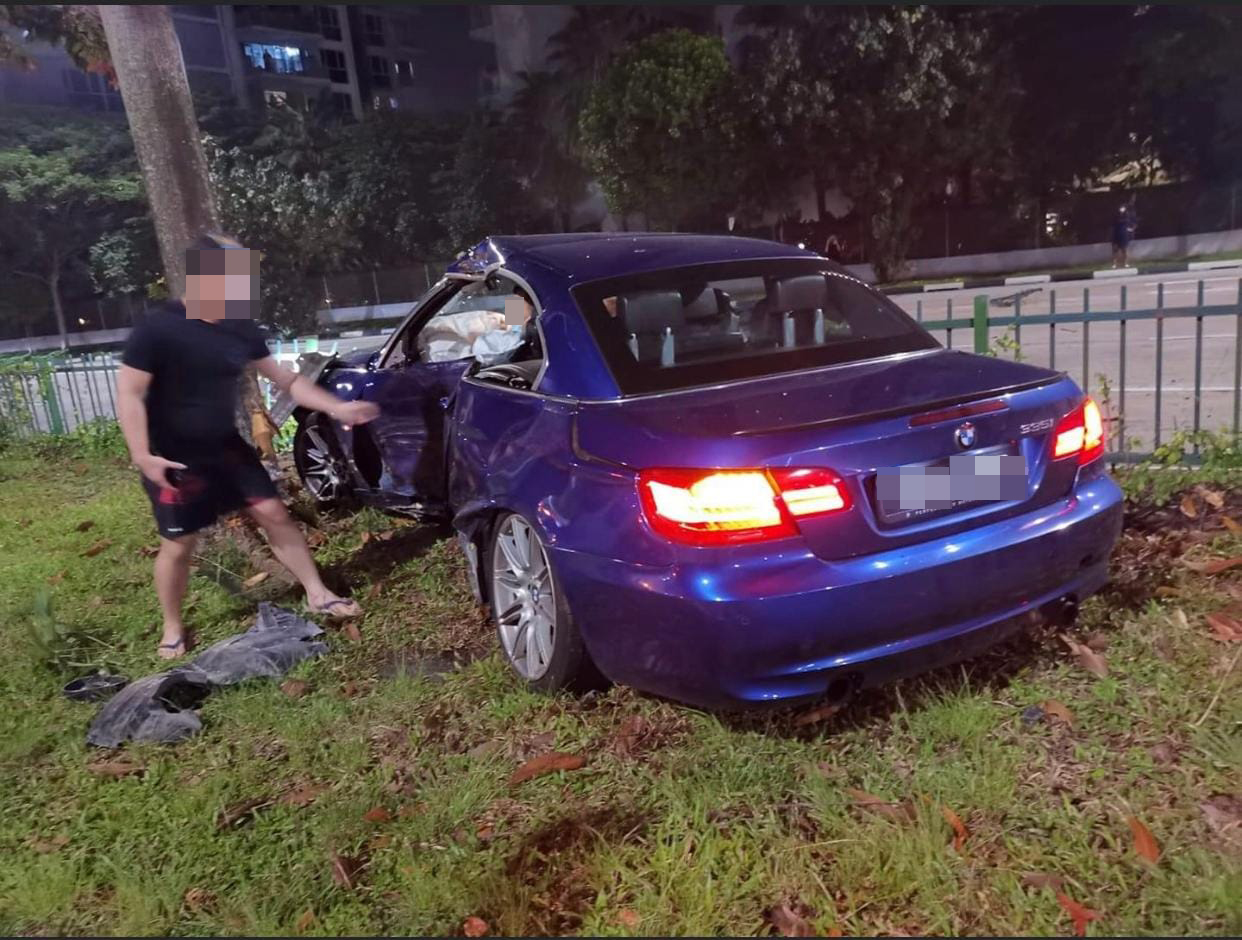 Responding to MS News’ queries, SCDF said they were alerted to the incident at the junction of Punggol Way and Sengkang East Road at about 12.01am on 22 May.

The passenger was still trapped in the car at the time. SCDF later used hydraulic rescue tools to get them out. 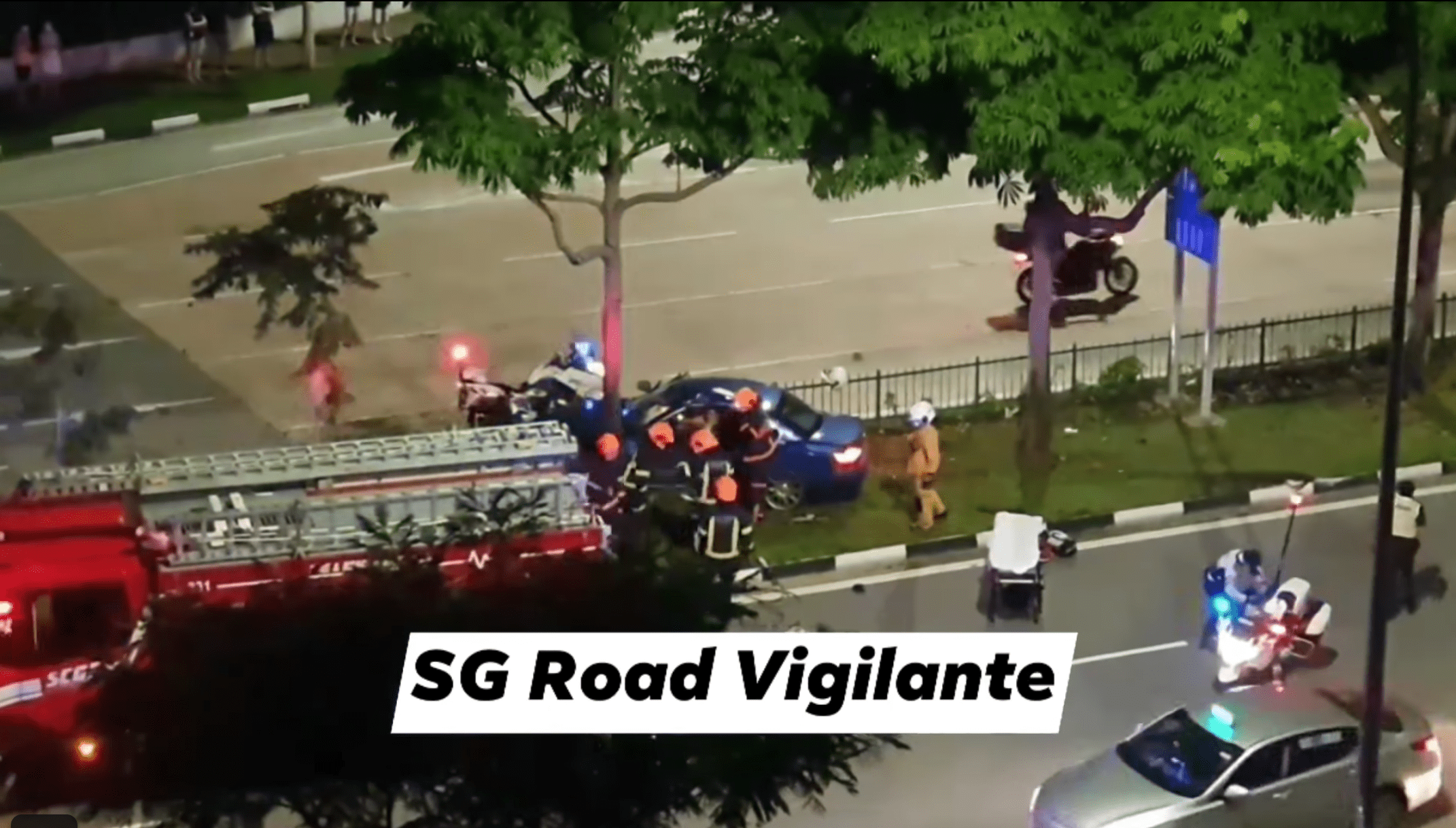 The 21-year-old was later conveyed to Khoo Teck Puat Hospital.

According to the police, the 18-year-old violated various laws, including careless driving causing grievous hurt, driving without a licence, driving without insurance, and using a car without the owner’s consent.

He was suspected of driving his family’s BMW at the time of the accident, reports Lianhe Wanbao.

The teenager was arrested, and investigations are ongoing.

Such reckless driving poses a danger to the teenager himself and all road users.

It is a serious offence in the eyes of the law.

Laws are in place to protect the public. So the next time you’re on the road, do remember to abide by them and only drive with a valid licence.