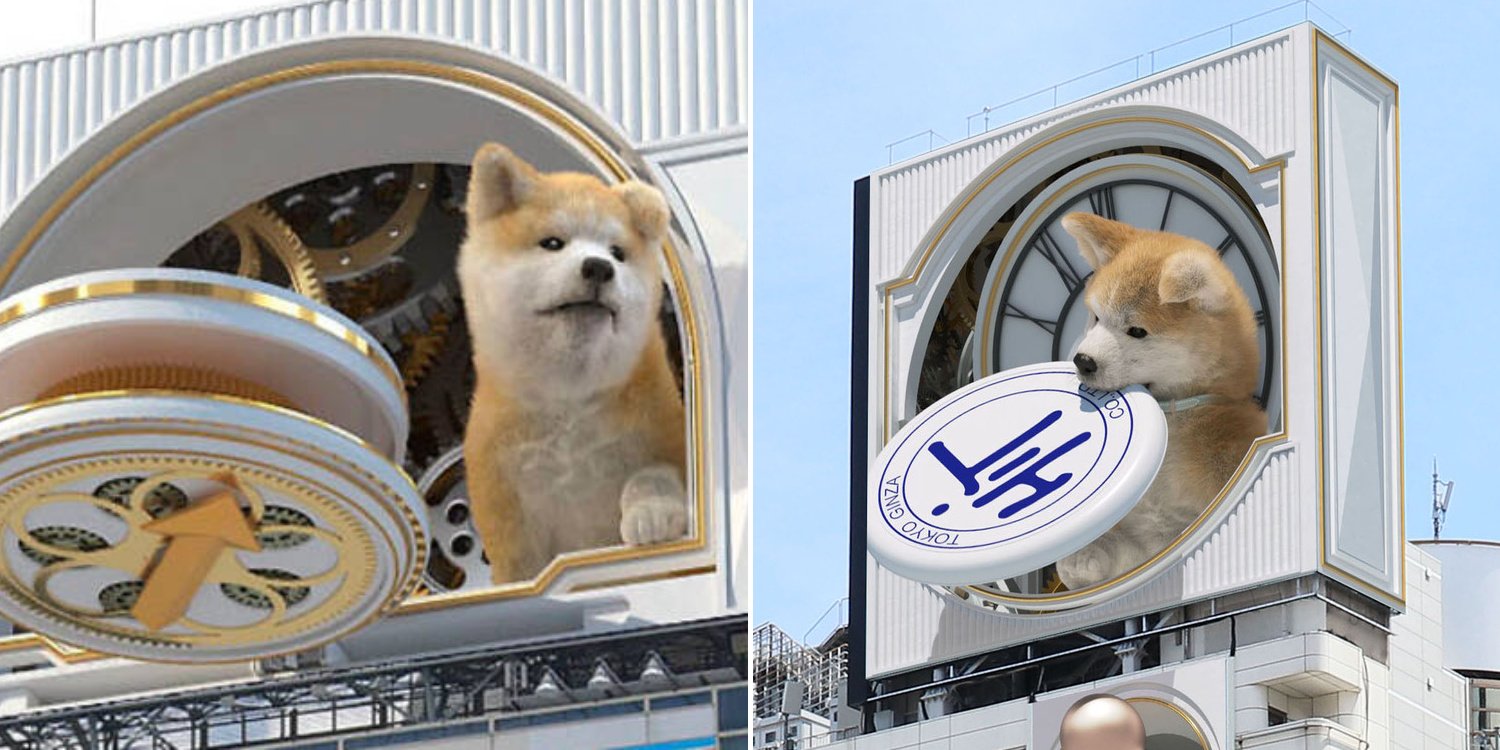 The fluffy Akita Inu can even 'jump' from one screen to the next.

With their adorable faces and playful personalities, Akita Inus can instantly make us stop and go “awww”.

Now, how would you react if you saw a larger-than-life version on a billboard?

Japanese advertising company Hit recently launched a 3D billboard featuring a giant Akita Inu in Shibuya. The clever design makes it look like the pup can move from one digital screen to another.

The next time you’re in Japan, remember to take a look around you — you might just find kawaii animals suddenly popping out of nowhere.

Time Out reports that Tokyo’s famed Shibuya Crossing is now home to a series of 3D digital billboards featuring a charming Akita Inu. 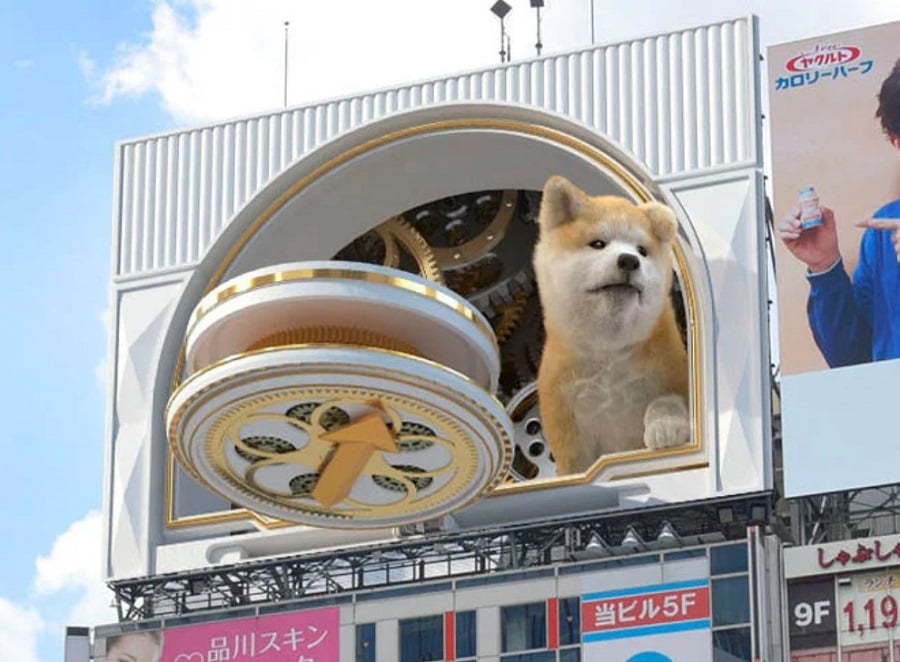 The Akita Inu is a dog breed from the mountains of Northern Japan. While they look similar to Shiba Inus, Akita Inus are actually much larger than them.

One of the most famous Akita Inus is Hachiko, who was known for his unwavering loyalty to his owner even after the latter’s death. 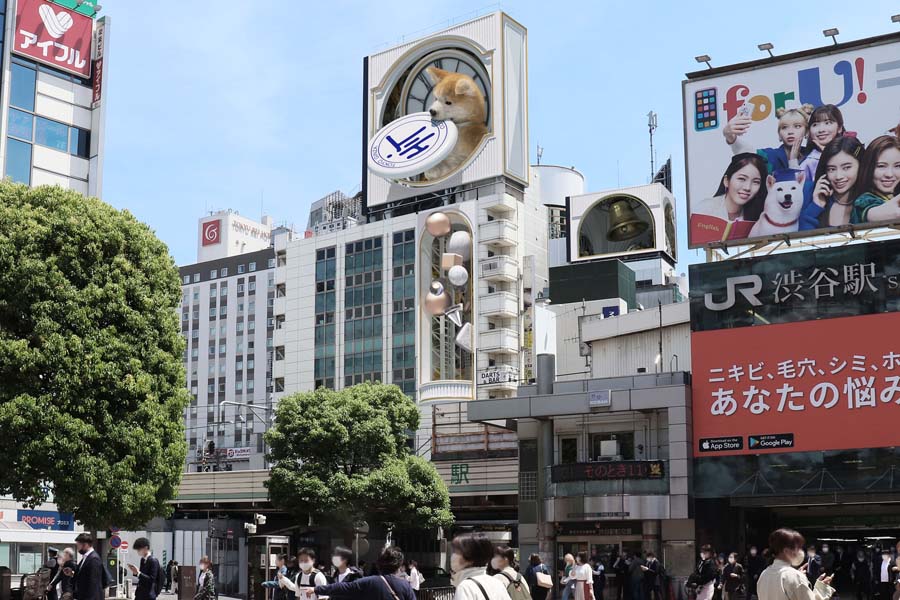 One video shows the dog popping up on a digital screen on top of a building. It then ‘jumps’ to the billboard on another building in front of it.

A virtual lift then ‘transports’ the huge doggo to the top of the building until its face pops out from behind a clock.

From its high vantage point, it observes commuters down below as they go about their daily routines.

Before long, a frisbee comes flying towards it, and the Akita Inu skilfully catches it with its mouth.

It hangs up the frisbee, which bears the name of Hit, the advertising company behind the billboard, and disappears behind the clock.

According to Time Out, the giant pup makes an appearance across eight large billboards around Shibuya Station, including the Miyamasuzaka-shita Intersection, Hachiko-mae Square, and Shibuya Scramble Crossing. 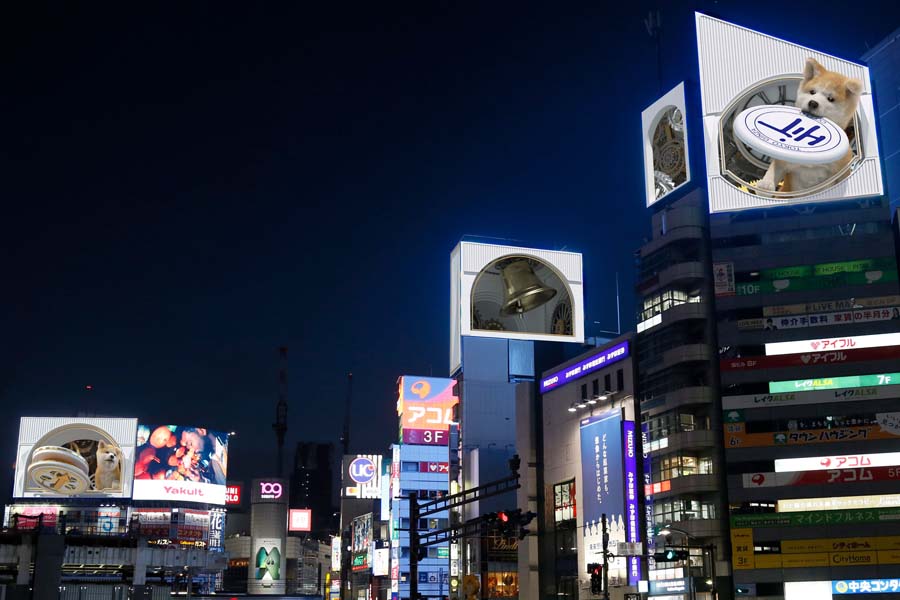 It only appears at the top of every hour so plan your trip accordingly if you wish to catch the doggo in action.

Your holiday will surely be more memorable thanks to this charming virtual furkid. 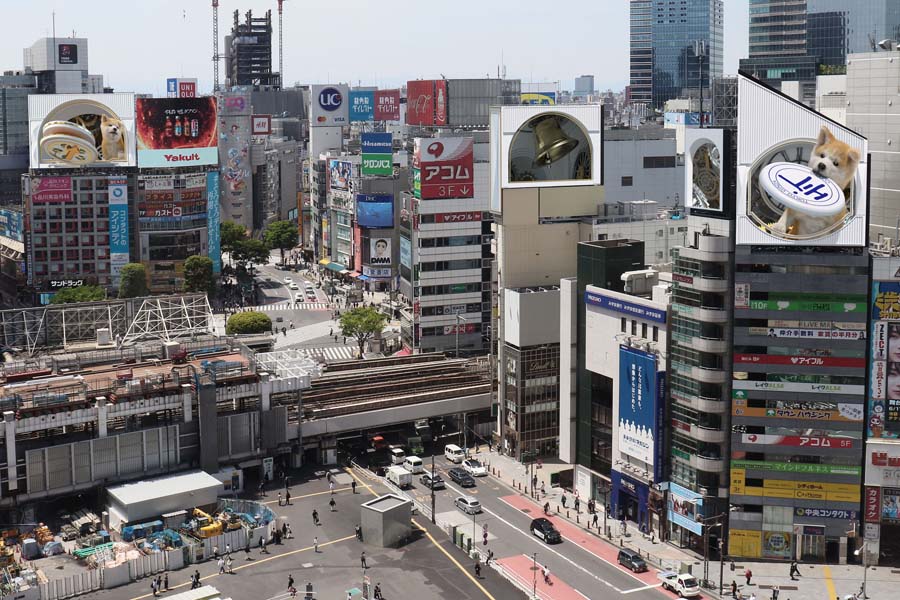 Over the past few years, we’ve seen all kinds of high-tech billboards with eye-popping displays. However, this – along with the giant 3D cat that appeared in Shinjuku last year – is undoubtedly one of the cutest.

When visiting Tokyo, most end up rushing across several destinations to experience everything the city has to offer.

However, it will be worth slowing down to watch this giant pup having fun ‘hopping’ across different buildings.

Featured image adapted from Hit Co., Ltd. via Time Out.