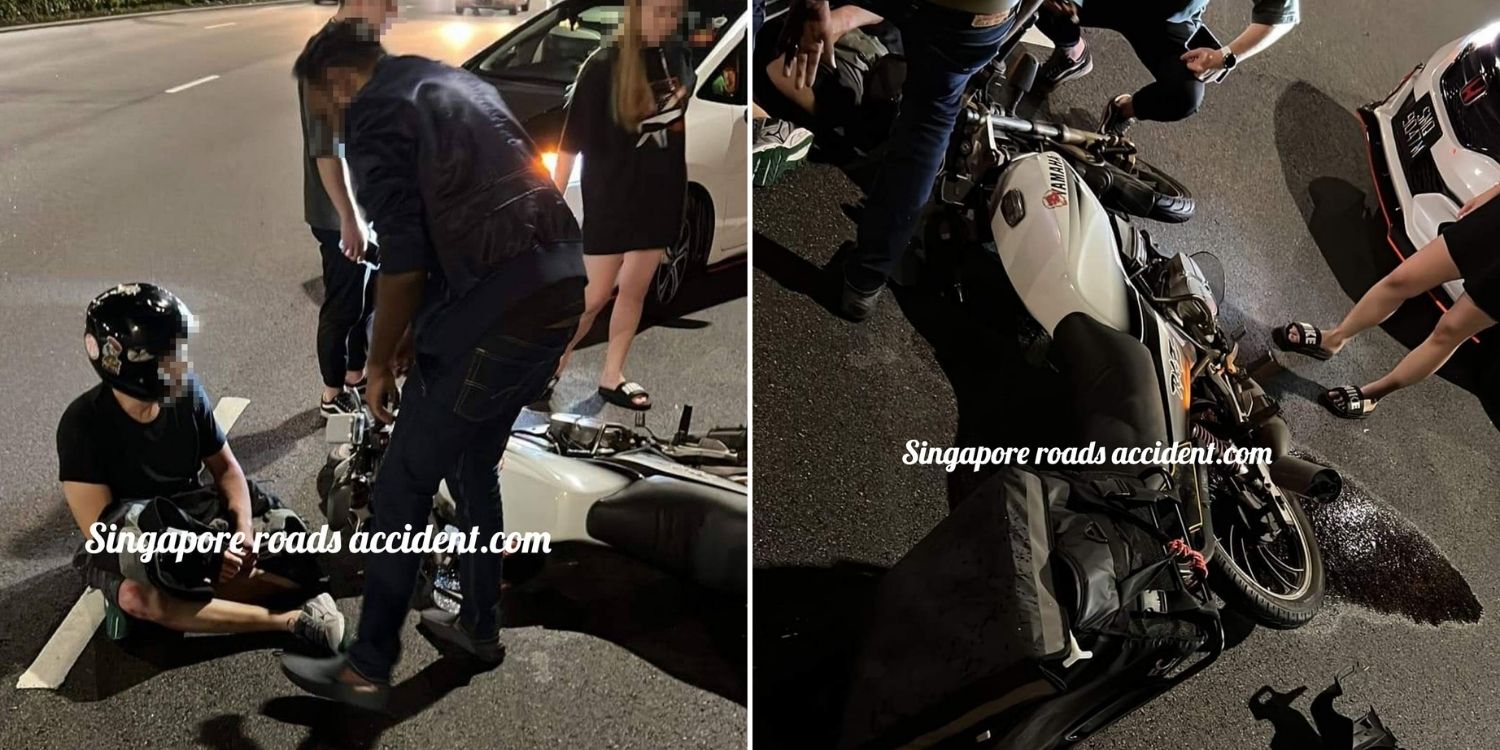 The woman slammed the responder's "incompetence, lack of urgency and stupidity".

UPDATE (10 May): SCDF said they’re aware of a social media post highlighting the manner in which one of their personnel handled a phone call clarifying the location of a road traffic incident. They are looking into the matter.

When faced with a life-threatening emergency, one’s first instinct would always be to dial 995. From there, the highly trained responders will be able to assess the situation and call for immediate assistance.

However, that supposedly wasn’t the case for one woman, who recently claimed that a 995 responder was unprofessional when she was reporting an accident on the Central Expressway (CTE). 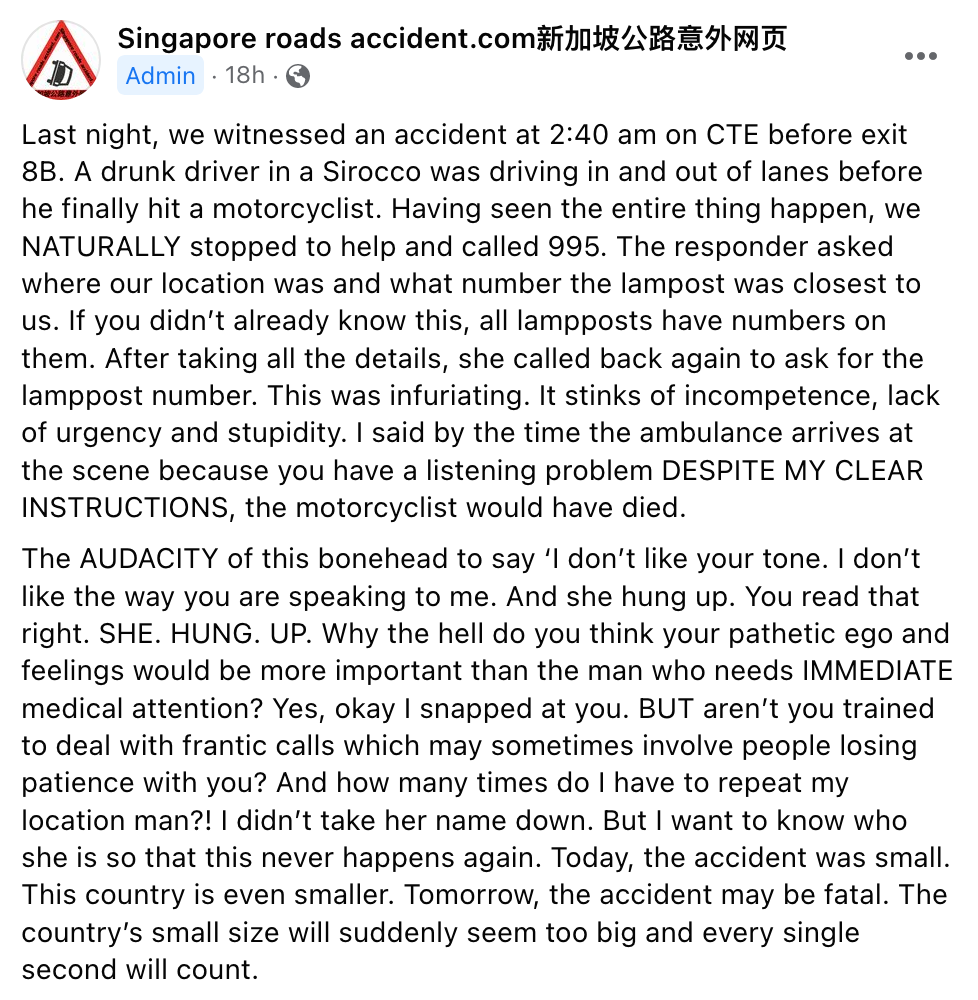 The woman also alleged that the responder hung up on her after making a second call to confirm the accident’s whereabouts. However, netizens are sceptical and want the full story since the accusations are indeed very serious.

995 responder called back to ask for details

On 8 May, Facebook page Singapore roads accident.com shared a post from a woman about an accident involving a drunk driver and a motorcyclist.

The incident happened on 7 May at about 2.40am on the CTE before exit 8B. 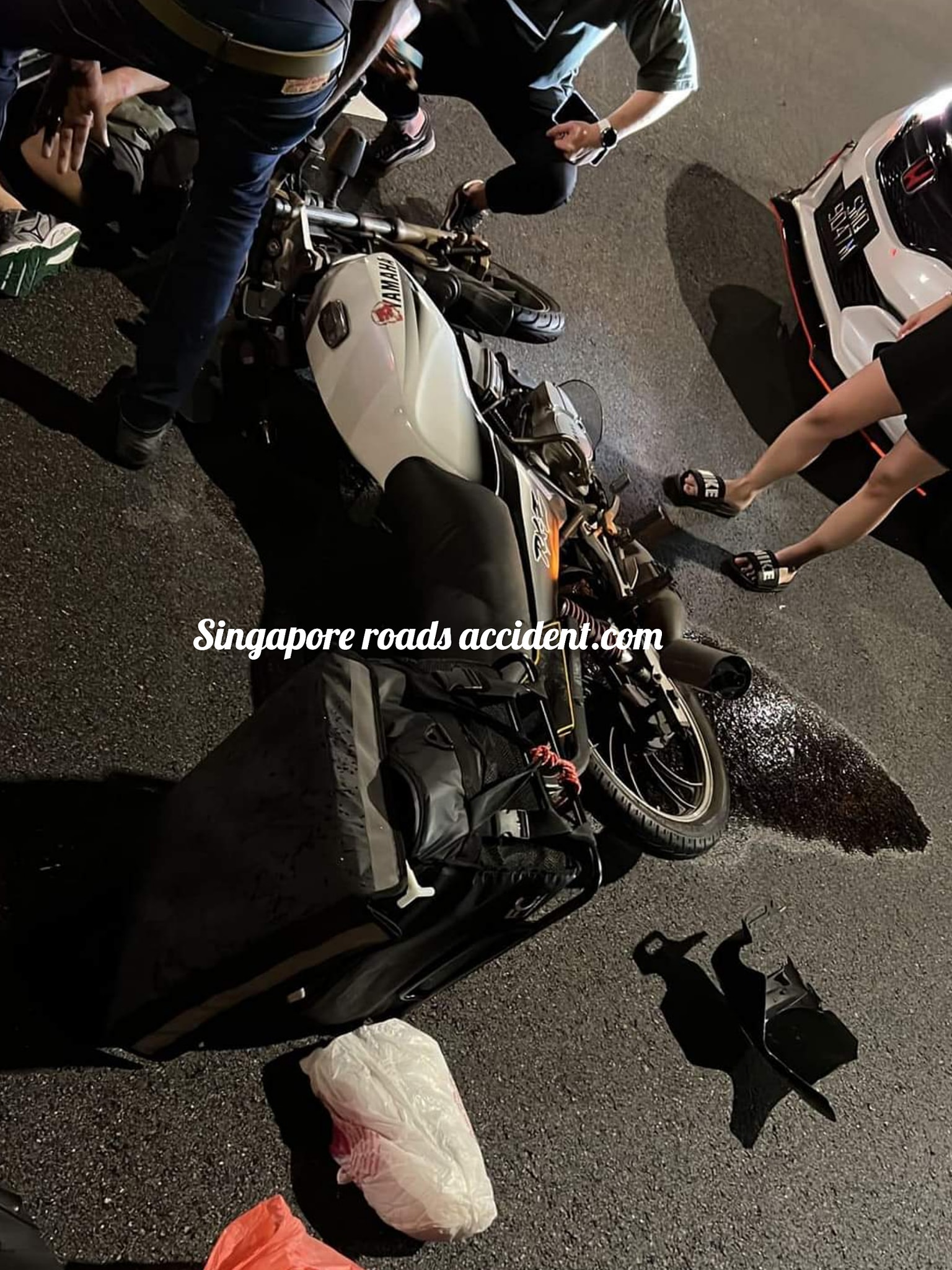 The drunk driver, who was in a Volkswagen Scirocco, was reportedly “driving in and out of lanes” before hitting the motorcyclist. The woman, who witnessed the incident, immediately dialled 995.

She gave their location details using the number of the closest lamp post. However, the same responder purportedly called back, asking her to repeat the number.

995 responder allegedly hung up on her

Calling this “infuriating”, the woman claimed that she had given “clear instructions” and slammed the responder’s “incompetence, lack of urgency and stupidity”.

The woman told the responder that by the time the ambulance arrived, the victim would have passed on due to the responder’s “listening problem”.

She then alleged that the 995 responder told her, “I don’t like your tone. I don’t like the way you are speaking to me”, before hanging up.

The caller was irate. While she admitted she “snapped” at the responder, she pointed out that they should be “trained to deal with frantic calls which may sometimes involve people losing patience”.

The woman now wants to know who the 995 responder was “so that this never happens again”.

Netizens asking for both sides of the story

After the post went up, many netizens felt that the allegations were serious and needed thorough investigations.

Some urged the woman to make an official complaint to the authorities since they can retrieve the call log and investigate the matter in detail.

However, there are those who think it’s quite “unbelievable” that the responder would do something like that. This is because the calls are recorded and they could face consequences.

Others said they would like to hear the full conversation to get a clearer picture as the woman’s account is “too one-sided”. 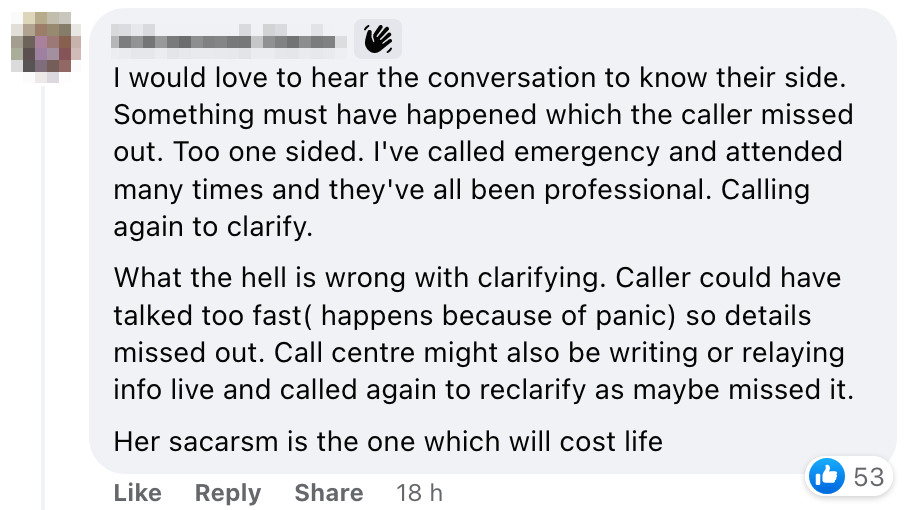 They also said that there’s nothing wrong with wanting to clarify details. Otherwise, the responder could risk sending an ambulance to the wrong location.

Some added that the caller was the one in the wrong and shouldn’t have been “sarcastic” to the responder.

Many netizens are now appealing for the Singapore Civil Defence Force (SCDF) to follow up with the allegations to verify the woman’s claims.

MS News has reached out to SCDF for a comment and will update the article once they get back.

Hope authorities can look into the matter

It’ll no doubt be shocking and disappointing should the allegations against the 995 responder be true. After all, emergency hotlines are supposed to provide immediate and professional help during life-threatening situations.

However, since the claims are one-sided for now, it’s best to wait for any official statements or clarifications before coming to a conclusion.

Hopefully, the authorities will look into the matter and clear the misunderstandings between the woman and the 995 respondent.