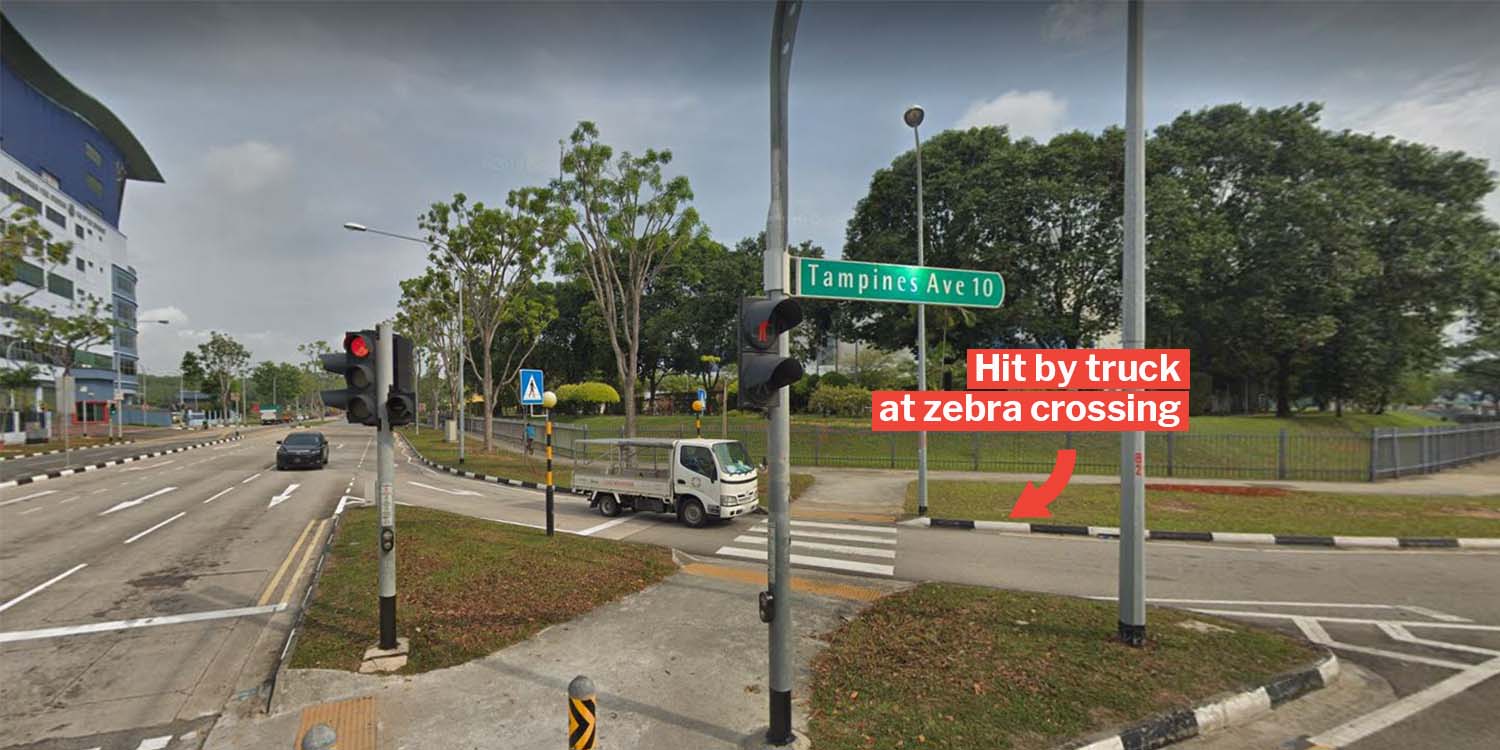 In a Facebook post on Sat (17 Aug), Mr Peh Shi Jun appealed for information on a fatal hit-and-run accident in Tampines which killed his 81-year-old grandfather.

The accident happened on Tues (13 Aug) around 1.20pm at a zebra crossing near the junction of Tampines Avenue 10 and Tampines Industrial Avenue 3.

The zebra crossing where the late Mr Peh was hit
Source

According to Mr Peh, his grandfather was hit by a prime mover with an attached trailer.

He has reported the accident to the police and they have launched an investigation.

Unfortunately, there isn’t enough footage to identify the truck and driver responsible for the accident.

Mr Peh is therefore appealing to anyone who might have been in the area or have a dashboard recording of the incident to come forward and help.

The younger Mr Peh also wrote in his post that his grandfather would have had his 82nd birthday in a few days time. He was a strong, healthy and kind man.

MS News extends our condolences to the family of the late Mr Peh. We hope they find closure soon.