So, Adidas tried to prevent a Taiwanese company from registering its trademark here in Singapore, but failed.

South Korea, Hong Kong and Germany have disallowed Lutong from using this symbol.

In 2015, Lutong Enterprise applied to register its trademark here in Singapore.

But Adidas, founded in Germany back in 1949, wasn’t happy about it, and tried to stop Lutong under the Trade Marks Act.

The company was incorporated in 1979 with the aim  to provide “affordable American-style clothing and footwear” for the Taiwanese people.

Other countries that have allowed Lutong to use their trademark include Taiwan, Canada, China, Philippines & America.

Lutong’s logo comprises three sloping lines and a circle, meant to represent a human body in a crouched position, ready to leap.

Lutong’s logo was designed by student designers from the Fine Arts Department of Chinese Culture University in Taiwan sometime between 1981 to 1982, with guidance from their professor.

Adidas, however, felt that Lutong’s logo resembled an inverted version of its own trademark, and sought to oppose the registration in court.

Adidas’ own trademark that we know and love, was only designed in 1990. 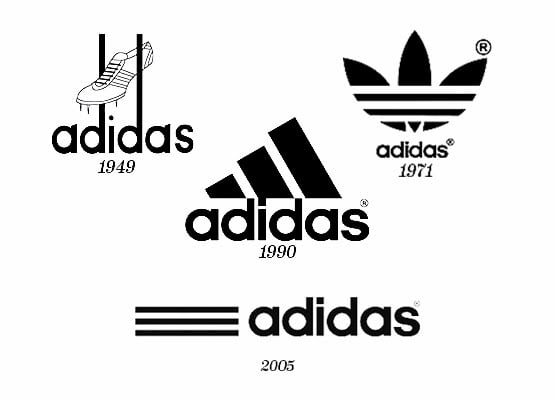 According to Adidas, the inversion of the triangle and the addition of the circle in Lutong’s trademark would not matter much to the general public.

As they would not be able to discern the difference between the two brands.

The burden of proof then fell on Adidas.

The Principal Assistant Registrar from our Supreme Court felt that the circle in Lutong’s logo and the inversion of the stripes were significant enough to provide a visual impression distinct from that of Adidas’ trademark.

Furthermore, the ordinary consumer may perceive Lutong’s trademark as a shuttlecock, or something which is perched or being balanced.

Conversely, the Adidas logo resembles a mountain. Hence, the two trademarks are more dissimilar than similar, and Adidas failed in its suit.

If you want more deets on the full ruling, take a peek at Singapore’s 25-page judgement here.

Do you think the trademarks look similar?