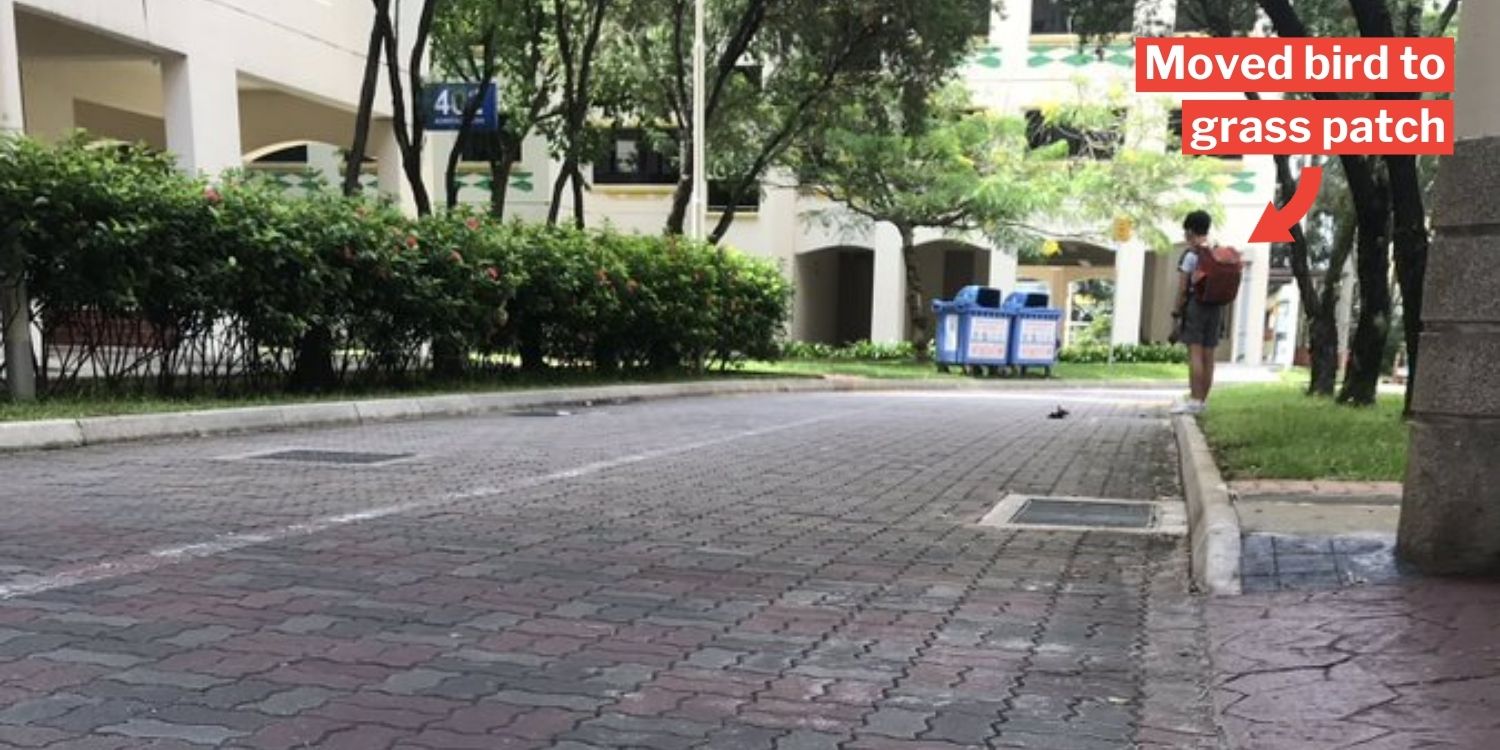 Kudos to the young boy.

Having a heart for animals is an admirable trait, and seeing it present in young children is even more touching.

A passer-by in Admiralty bore witness to such a gesture on Tuesday (15 Sep), when she saw a young boy attending to a dead bird on the road. 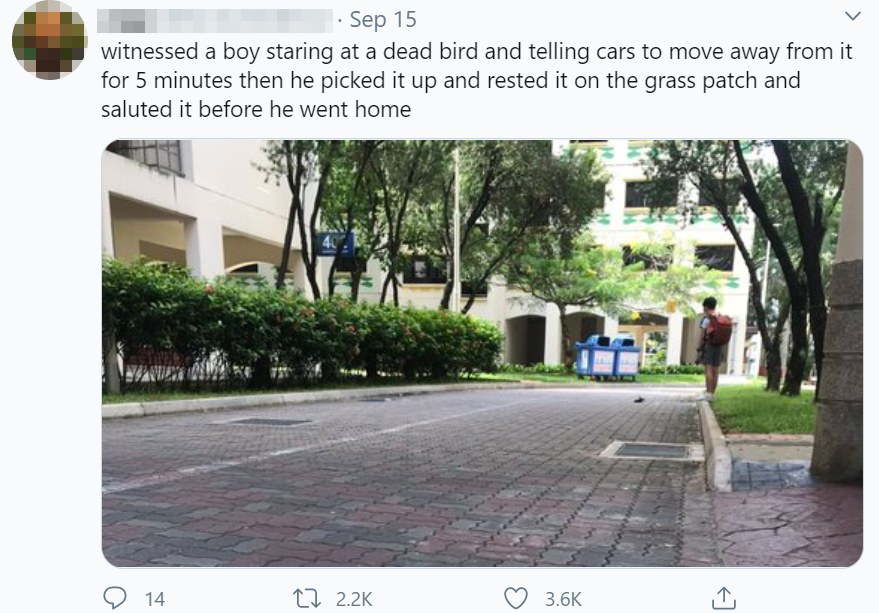 In a brief, yet profoundly moving moment, he melted the hearts of many who stumbled upon the tweet.

Spotting a dead bird in the middle of the road isn’t unusual, especially with the volume of cars in Singapore and frequency with which they travel.

Most of us wouldn’t think twice about it, or even bother to inform a cleaner to pick the carcass up. Usually, it’d be gone the next day.

But a young boy decided to treat a dead bird with a little more dignity when he found it lying in the middle of a road near Block 402 Admiralty Link. Twitter user Ange, who observed the boy watching over the dead bird’s body noticed a most heartwarming sight.

As cars drove down the path, he directed them away for 5 minutes, so they wouldn’t run over the creature.

Of course, he didn’t leave the bird there, but proceeded to pick it up and lay it to rest on a grass patch nearby. 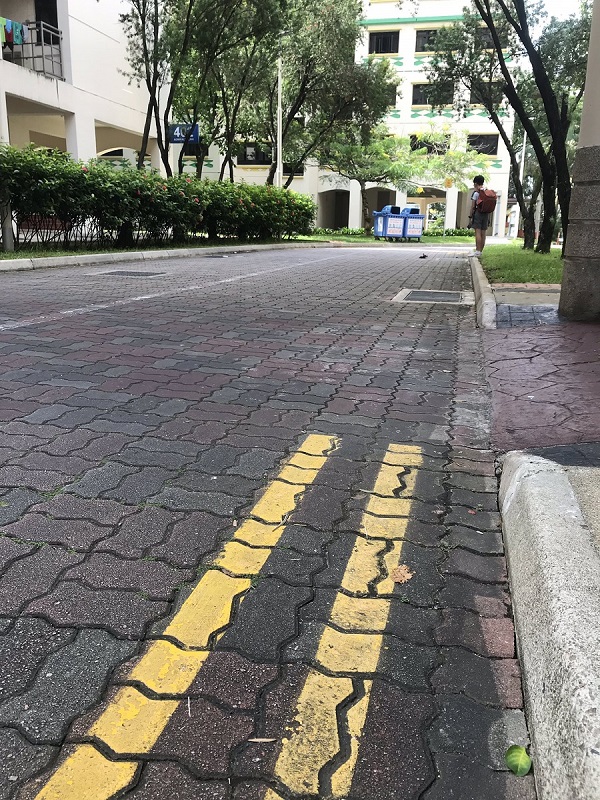 He paused to look at it one last time before giving a final salute, and walking away.

Netizens who saw the tweet reacted positively, many commending the young boy who appeared to be of primary school-going age.

Some saluted him, perhaps in line with his noble send-off for the bird. 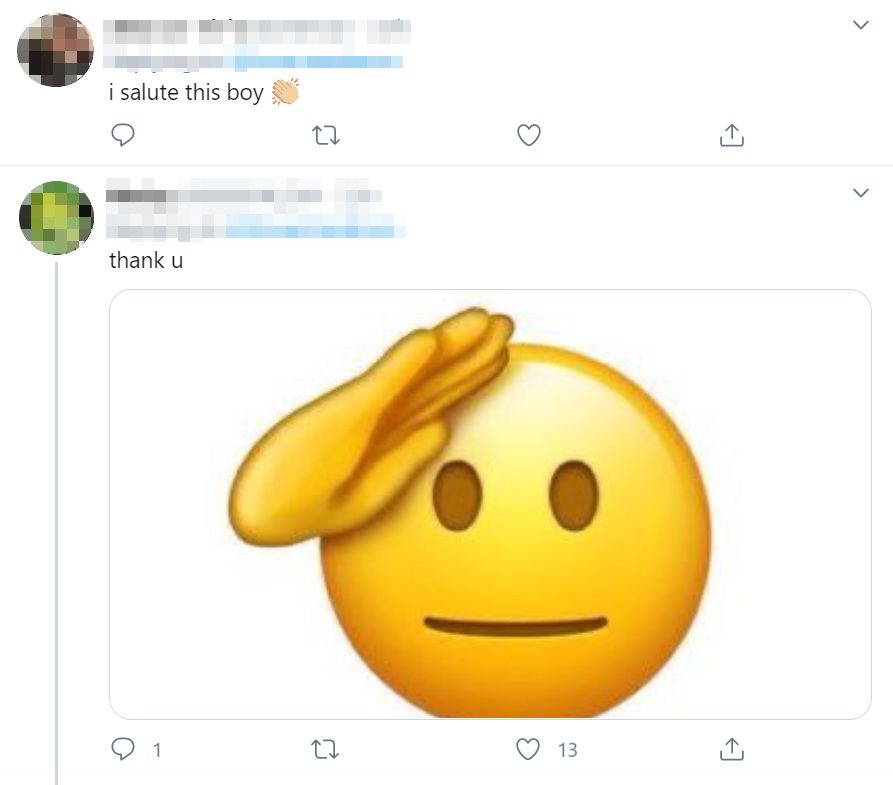 Others praised him for his thoughtfulness, which to them suggested that he was brought up with the right values.

Whatever reasons his actions may be attributed to, we’re glad that the boy went out of his way to move the dead bird’s carcass.

Hopefully his display of kindness will inspire many others, and lead to similar compassionate acts in society.