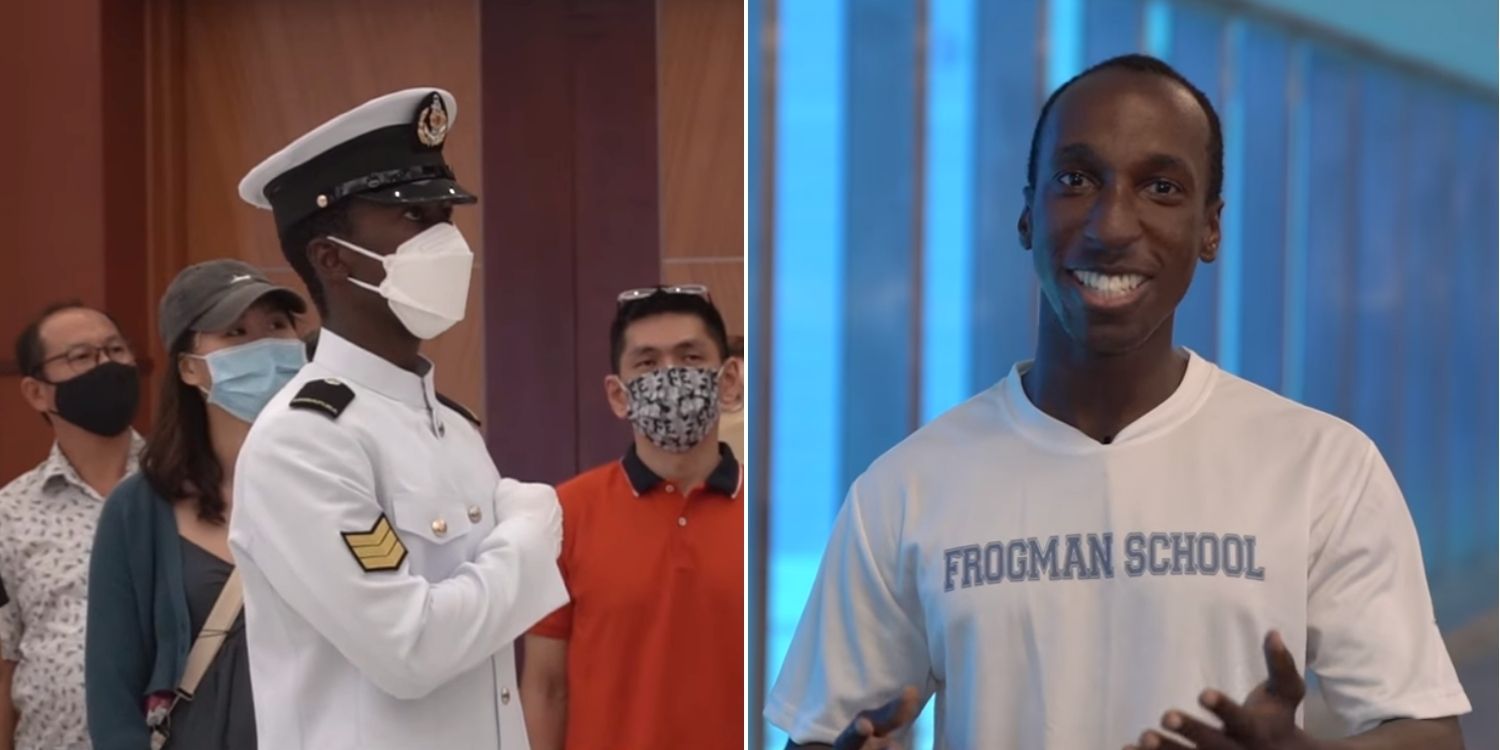 For most Singaporean males, National Service (NS) is merely an obligation that they have to fulfil. But for Hartley Muze, it’s an opportunity to give back to a country that has done a lot for his family.

Becoming a frogman, especially, is a huge honour for the African-Singaporean who has lived here pretty much all his life.

He shed some light on his story and experiences in NS in a video by PIONEER posted on 12 Feb.

The video has since made its way to Reddit where it has garnered a slew of positive comments.

In the video by PIONEER, Hartley shared that his parents had migrated to Singapore from Tanzania in 1990.

While he’s the second child in the family, he’s the first to serve NS, which is something he’s very proud of. 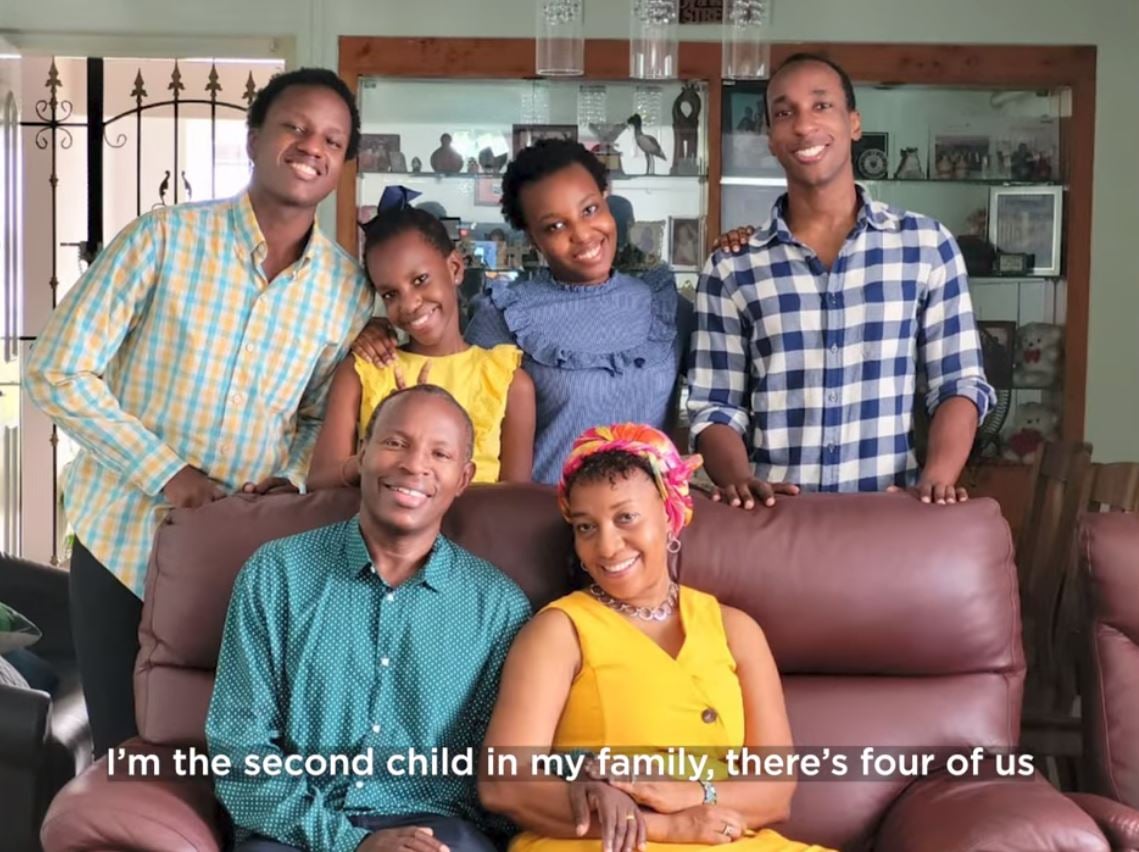 Hartley explained that the opportunity his parents had to establish themselves here compelled him to want to give back to Singapore.

And there was no easier way to do that than through NS, which he has apparently been embracing with open arms.

When asked to describe training in the Naval Diving Unit (NDU), Hartley said that it “has been tough yet enjoyable at the same time”. 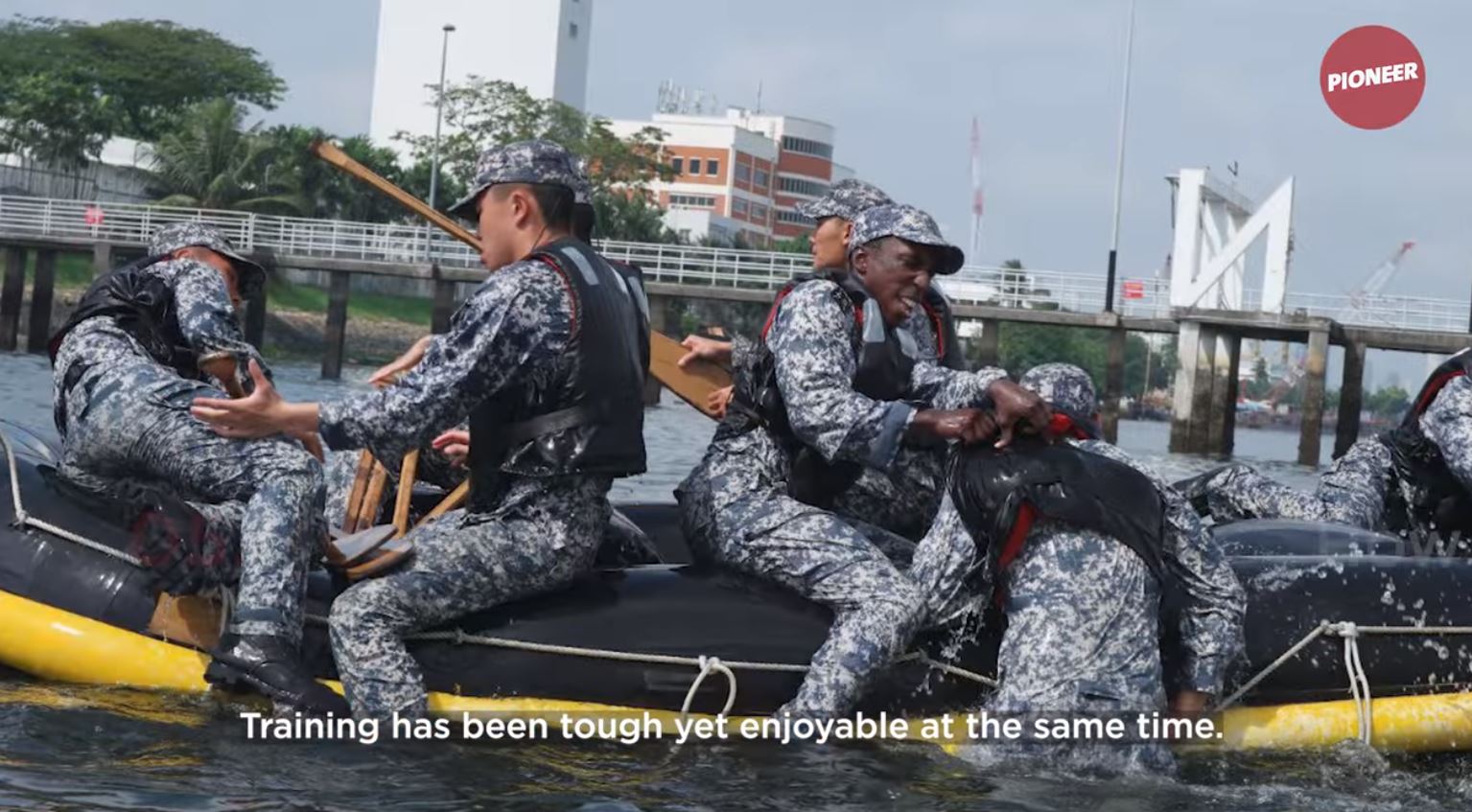 Though he used to hate swimming and running, he realised that everyone was going through the same challenges he was and that they were all doing it together.

This reminded him of a Team Building Week exercise where trainees had to swim together while linking up in a chain and fighting the currents.

Despite the difficulty, his team came first, proving just how strong their camaraderie was.

Listening to Hartley speak in the video, there’s no mistaking the natural Singaporean accent that he articulates with. Even Redditors couldn’t help but notice and be impressed. 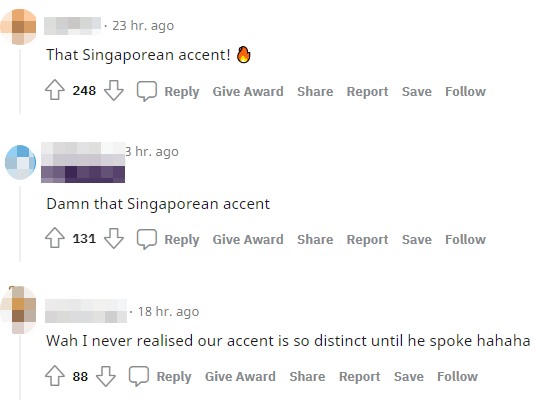 And the local quirks don’t end there, as he revealed that he picked up some Chinese while playing basketball in secondary school.

When it comes to food, he struggles to pick only 1 favourite, just like many of us. His final choices, chicken rice and char kway teow couldn’t be any more quintessentially Singaporean. 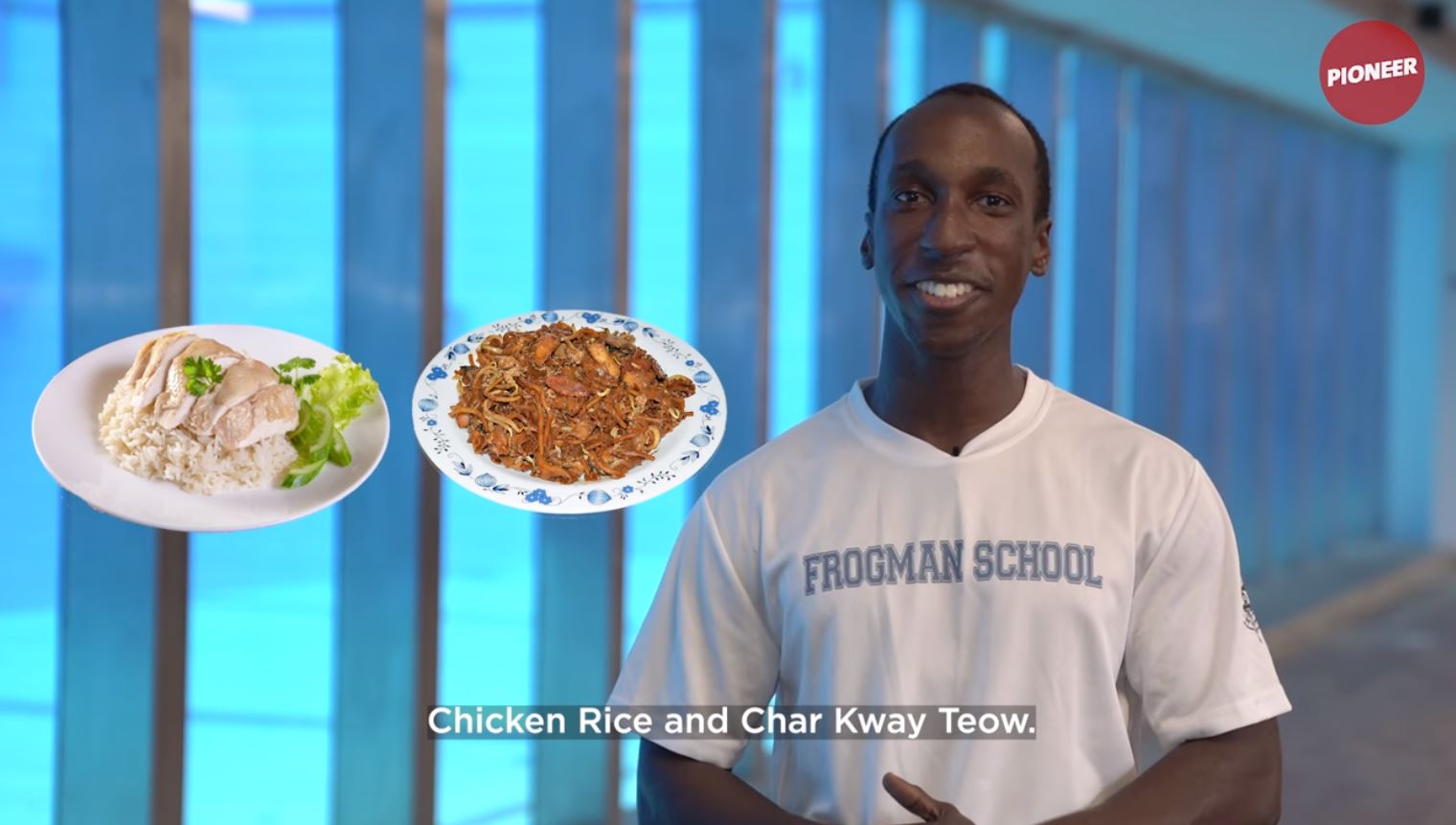 Of course, he can speak his native Swahili too and enjoys Tanzanian food like Ugali, which is hardened rice eaten with beans.

Seeing how proudly Singaporean and Tanzanian Hartley is, many Facebook users applauded him for his contribution to the nation.

Proud to be Singaporean

Regardless of our backgrounds, home is wherever we choose to be, where we’ve found happiness, love, and comfort.

We’re glad that Hartley has picked Singapore as the country he wishes to serve, and we hope he’ll succeed in the navy and do his parents proud.

Here’s to all our servicemen and servicewomen too, who we’re just as proud of.