The special meal was seemingly well-received.

National Day is a time when some may reflect on what Singapore means to you.

When you’re serving the nation as a soldier, that comes especially into focus as you toil physically for your country.

Thus, as recruits go through their training, it’s apt that they get something special on National Day to thank them for spending 2 years serving the nation.

That something, appropriately, is food – all soldiers in Basic Military Training Centre (BMTC) were served a special National Day meal. 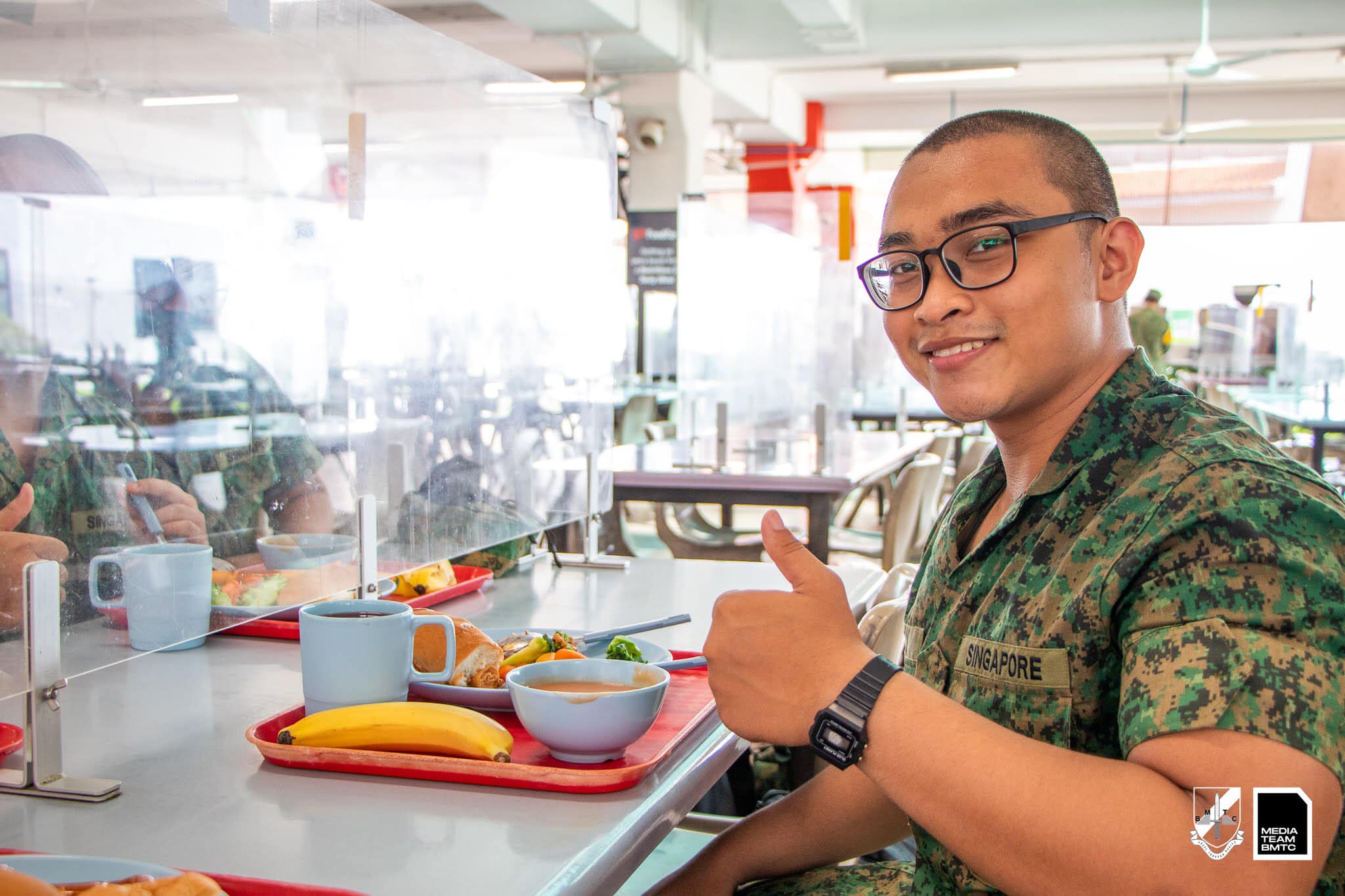 According to them, it’s called the “Strong Bun & Pie” meal, and this is what it looks like: It consists of a hot dog bun – ostensibly the “strong” bun – with a chicken sausage inside it.

While we’re not sure a bun can be strong, it’s probably named because it makes whoever consumes it strong.

There’s also a chicken shepherd’s pie, some veggies, and another small bun.

At the side is some seafood bisque soup, mixed fruit juice and a banana for dessert.

The special meal was seemingly well-received, judging from the photos posted of recruits on Pulau Tekong giving it the thumbs up. 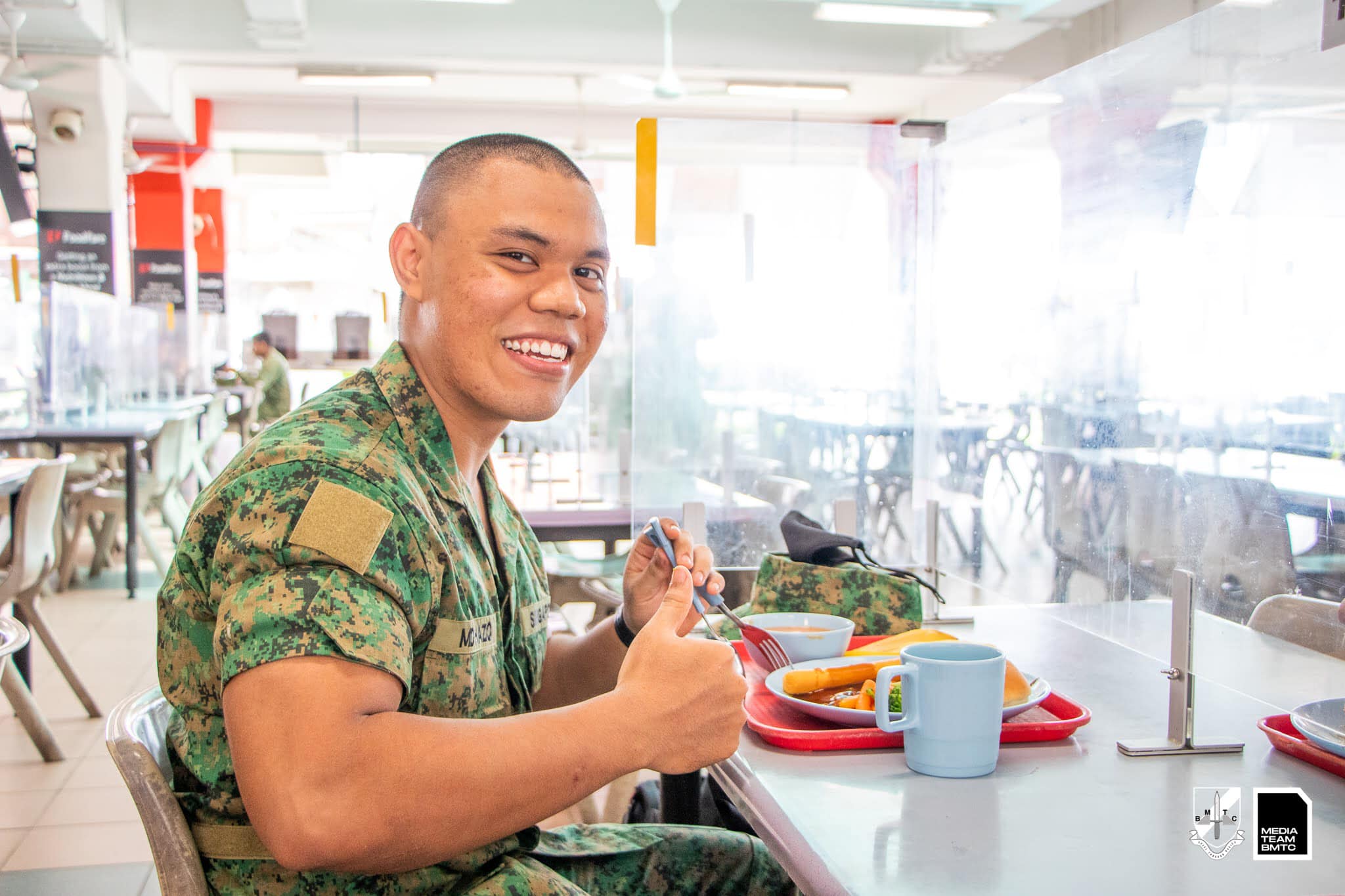 While we obviously won’t know how it tasted, the Western-style dish may have been a welcome change from the usual fare. 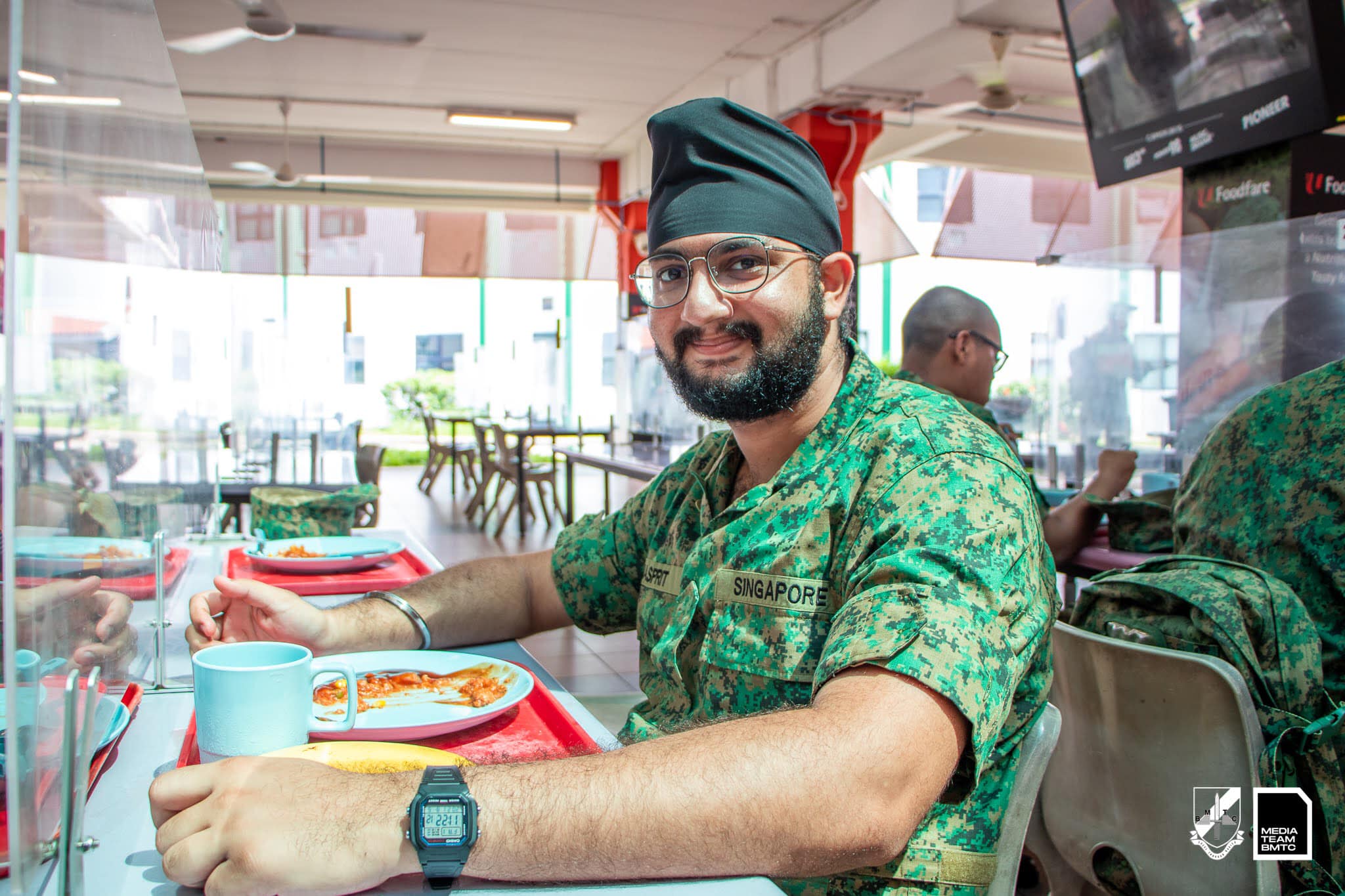 BMTC also posted their gratitude to our Singapore Armed Forces (SAF) men and women, including those who had served in the past.

They’ll always have our appreciation for serving our nation and defending our home, even during a pandemic.

This isn’t the 1st time BMTC has said it with food.

Last Christmas, servicemen enjoyed another special meal of Mac & Cheese – something you may not expect to be served to soldiers.

The meal may have made spending the holiday in camp a little less unpleasant.

Celebrating National Day in our own small ways

This year’s National Day might be a little more subdued than normal, as the current restrictions have led to the parade being postponed.

However, nobody says we can’t celebrate our nation’s 56th birthday in our own small ways.

Kudos to BMTC for commemorating the day by giving our national servicemen a treat, as a gesture of thanks.