The fossils of prehistoric creatures are objects we normally see in museums.

Recently, however, a netizen seemed to have spotted what appears to be the carcass of a prehistoric animal at MacRitchie Reservoir. 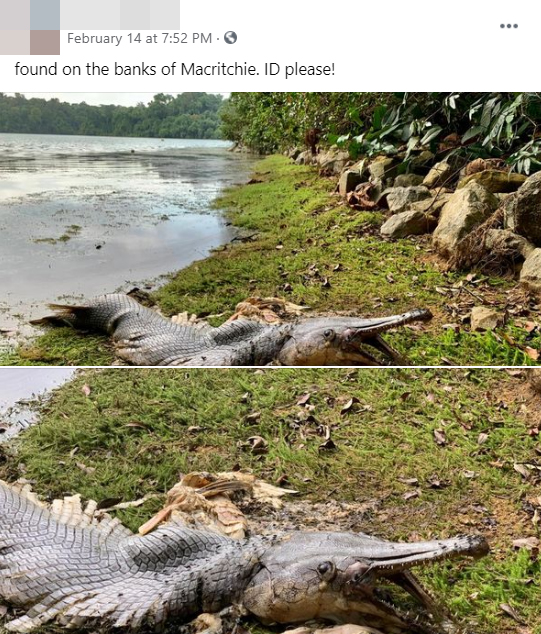 Despite its ‘ancient’ appearance, other nature lovers were quick to identify the animal, which they believe was an alligator gar.

In the picture, the remains of a large fish could be seen on the banks of what’s apparently MacRitchie Reservoir. 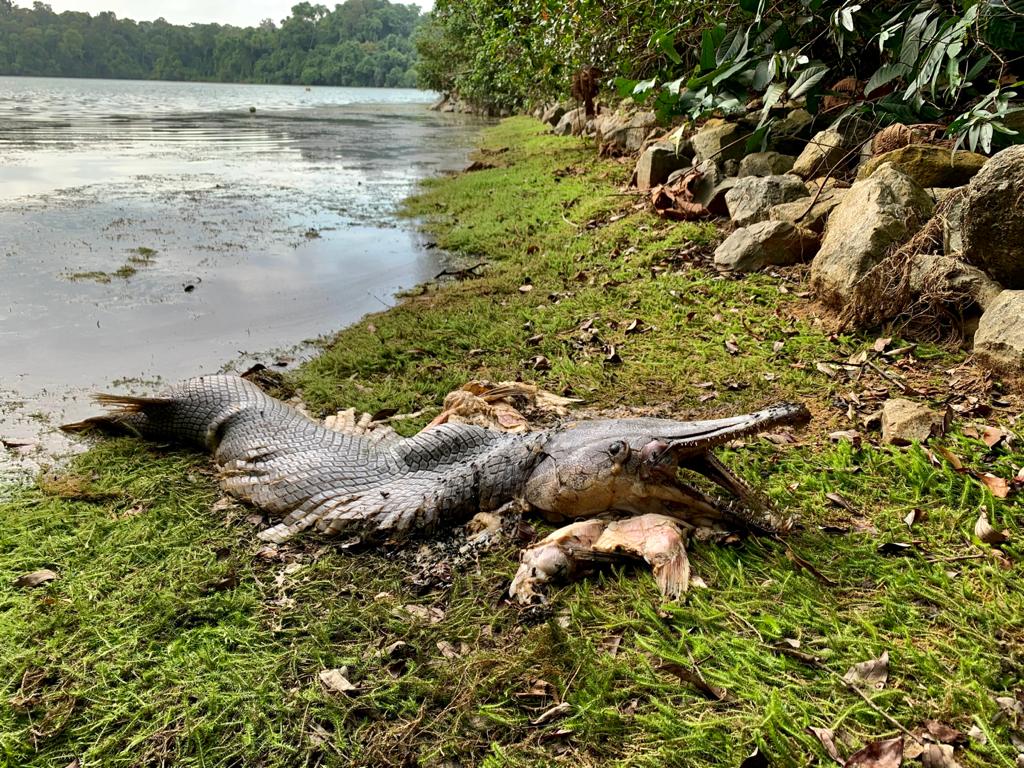 Considering the size, the fish could have easily measured upwards of 1 metre in length.

The aquatic creature has a rather strange appearance, with a long, beak-like mouth similar to a dolphin’s, and a scaly body resembling that of a crocodile. The fish also has rows of sharp teeth on both sides of its jaw. 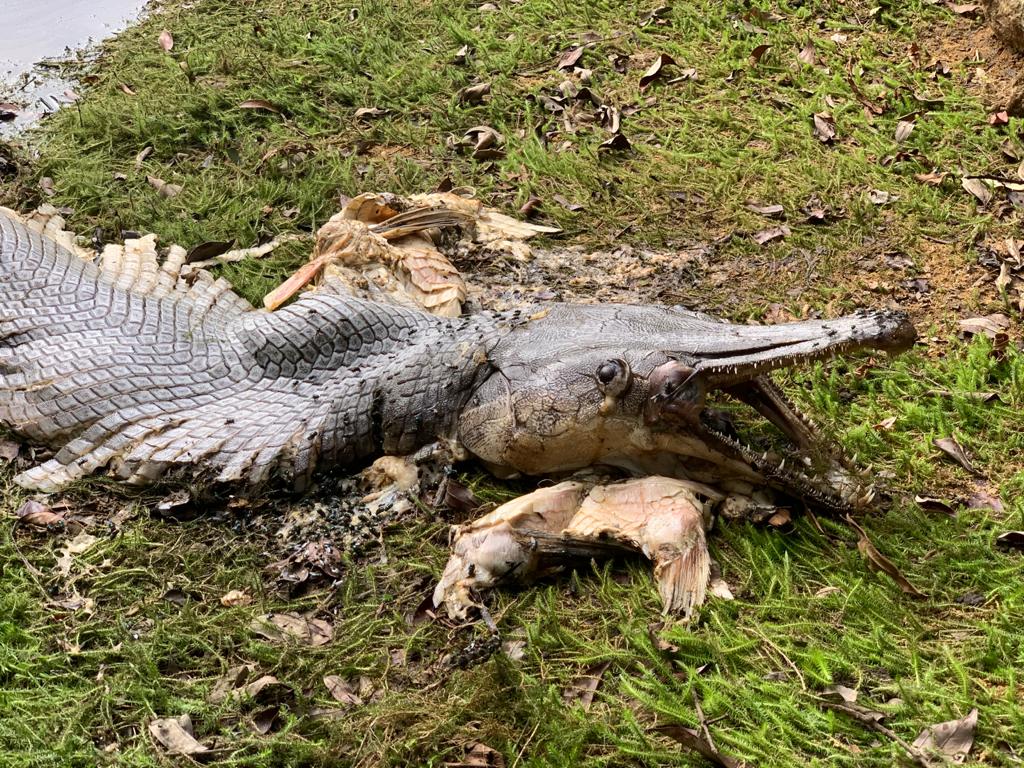 Just a day before, another netizen uploaded footage of a monitor lizard feasting on a huge fish carcass in the water, though the location wasn’t stated. 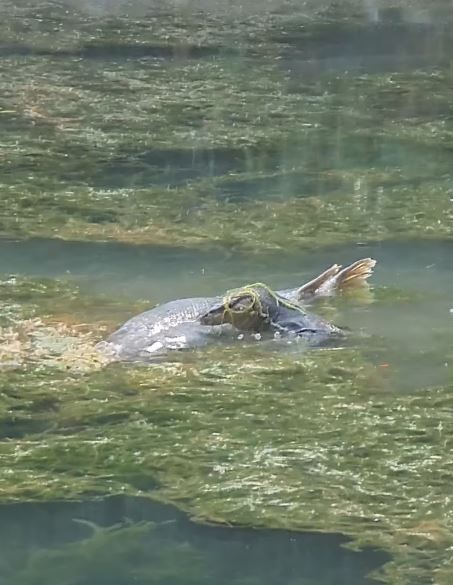 Another Facebook user also shared a picture of a monitor lizard next to a similar-looking carcass. 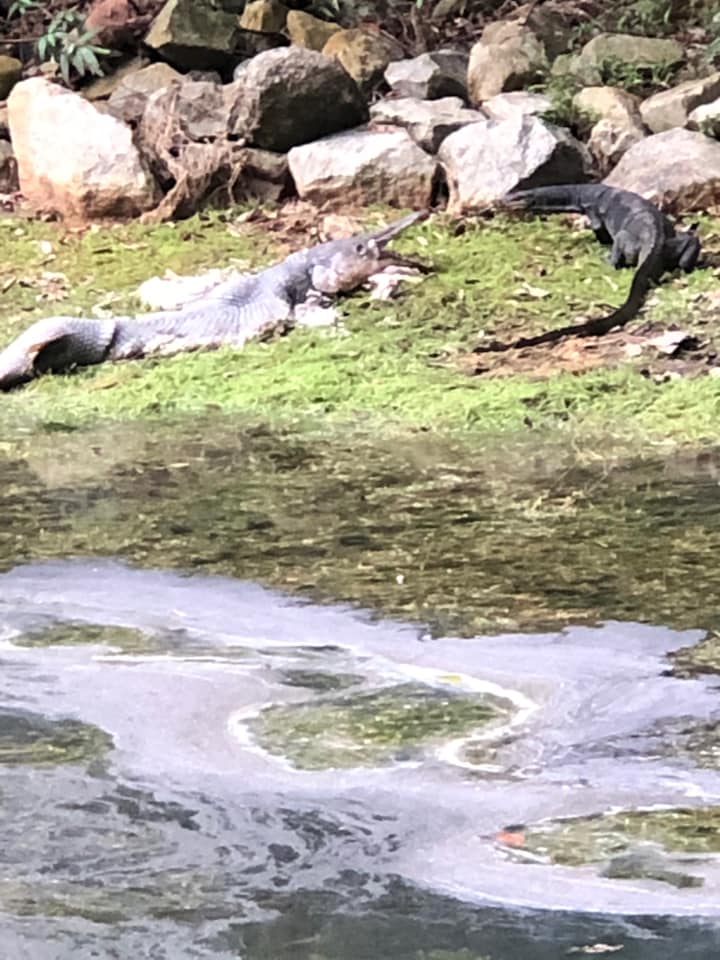 Piecing the footage together, netizens suggested that the fish in the video and that in the images could be the same one.

Netizens were quick to point out that the creature was likely an alligator gar — a freshwater fish that can grow up to 3 metres in length. 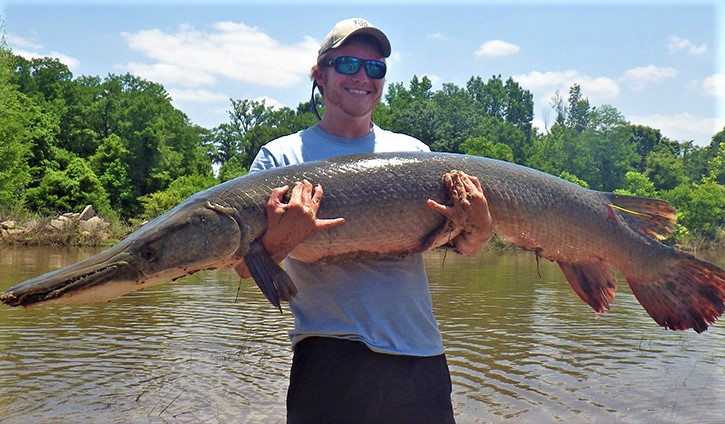 Relative species of the gar have existed over 150 million years ago. However, gars that exist today still retain prehistoric features that their ancestors had.

Netizens speculate that someone may have released it

Now that the identity of the carcass is out of the way, the seemingly ‘darker’ question of how it got there remains.

According to National Geographic, alligator gars are native to North America and are not part of the ecosystem in Singapore.

Seeking to answer this question, some netizens suggested that the gar could’ve been released into the waters after it grew too big for its owner to handle.

Despite their monstrous size, alligator gars are kept as aquarium fish. Needless to say, one would need a huge enclosure and a large amount of “resources” to sustain it.

Though uncommon in the wild here in Singapore, fishing enthusiasts have occasionally reeled in these monstrous creatures. One man even reportedly caught a gar measuring 1.5 metres off Pasir Ris Canal 10 years ago. 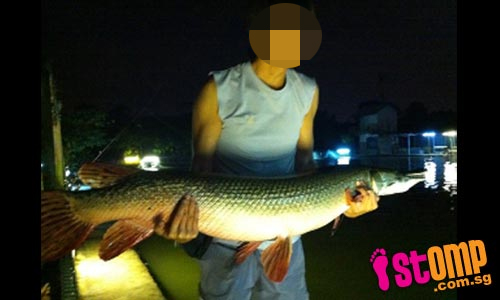 Don’t introduce creatures that aren’t native to our ecosystem

Even though the huge carcass is no doubt a sight to behold, we hope the public won’t overlook the possibility that it may have been disposed of irresponsibly.

Introducing creatures that are not native to our ecosystem can potentially harm the flora and fauna that call our country home.

Do think twice before committing to getting a pet, and be sure you have everything you need to care for them properly.