A new hiking trail to explore.

Drivers who often travel along Lornie Road would be familiar with the narrow route and seemingly endless construction work.

While the nearby Highway has long been complete, it wasn’t until recently that the nature corridor was revealed to the public. 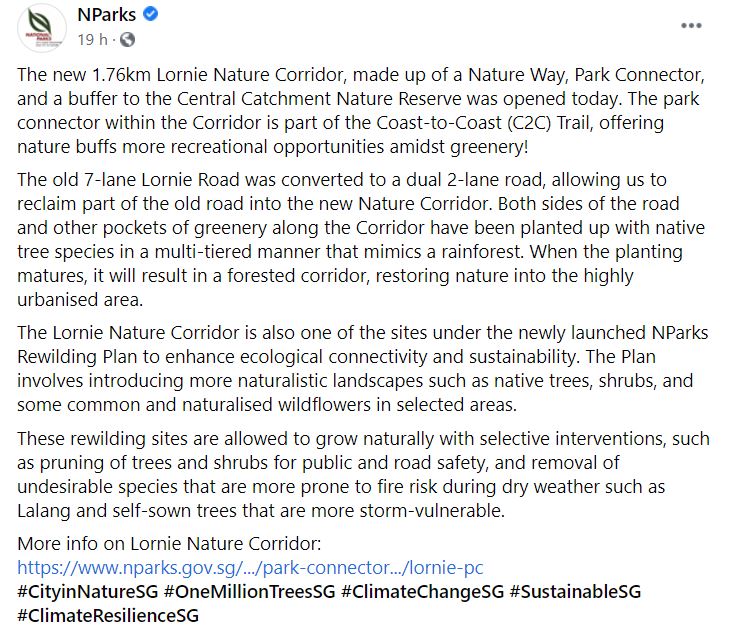 Taking up part of the old 7-lane Lornie Road which is now a dual 2-lane road, the 1.76km Lornie Nature Corridor comprises: The PCN itself links up with the existing C2C trail which takes hikers from Jurong all the way to Coney Island.

With this new path, they’ll have an easier route to explore Singapore’s natural scenery along the 36km trail.

Bringing various parks along the C2C trail within reach of each other, the Lornie Trail links up Botanic Gardens with MacRitchie Reservoir Park, along a 10km stretch. 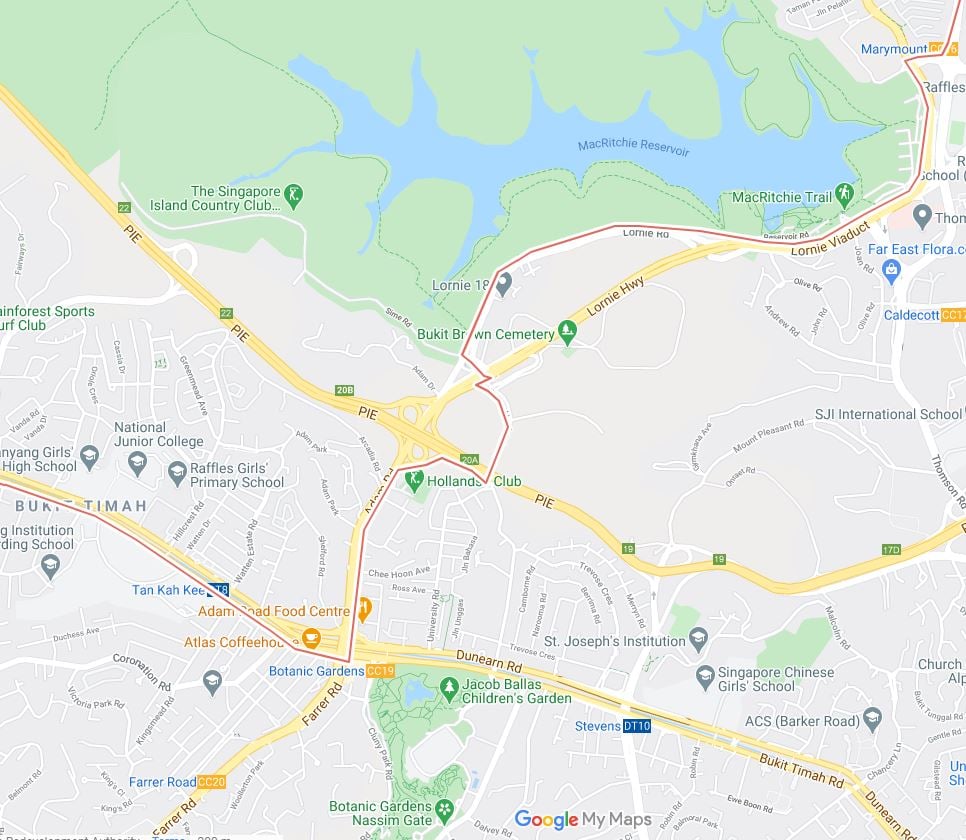 A stop along the way includes Adam Road Food Centre, where hikers can refuel before continuing their journey.

So if you’re planning to go on a hike soon, take note of this route on the map so you can plot your rest points accordingly.

More greenery in an urban area

Mostly a quiet urban area, this new trail is part of NParks’ efforts to restore nature there.

MPs Tan Chuan-Jin and Desmond Lee were even on site to help plant some greenery. 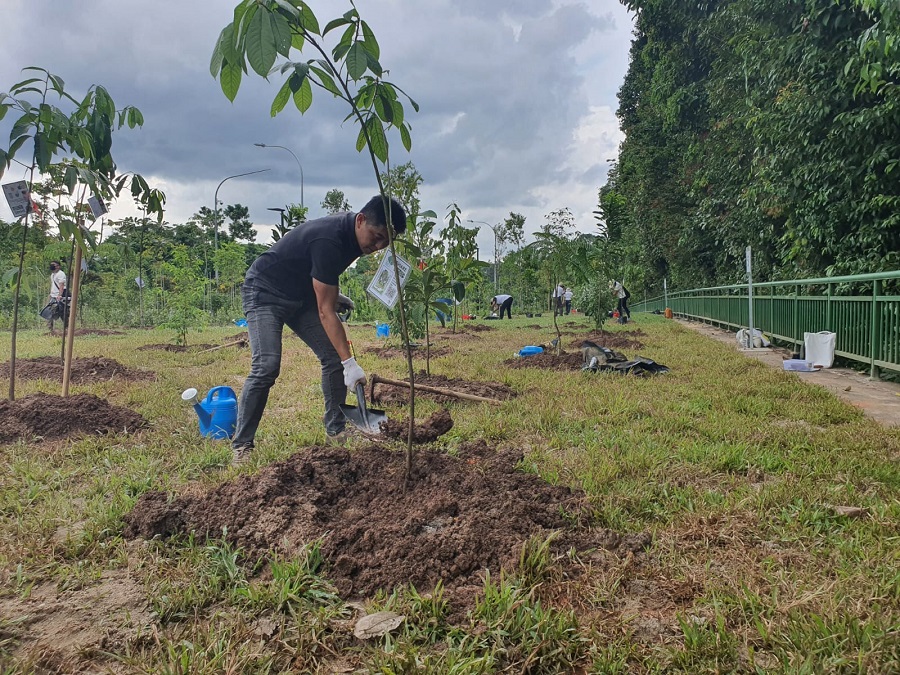 With over 100 species of trees and shrubs, NParks hopes that the landscape will mimic that of a rainforest in due time.

Jio your adventure buddies for a hike

Rather than taking a risk and exploring unknown places, routes like this enable us to appreciate Singapore’s greenery in a safe manner.

If you’re thinking of embarking on a new outdoor adventure with your buddies, suggest the Lornie Corridor to them.

And if they’re willing to go the extra mile, why not take the entire C2C trail too?