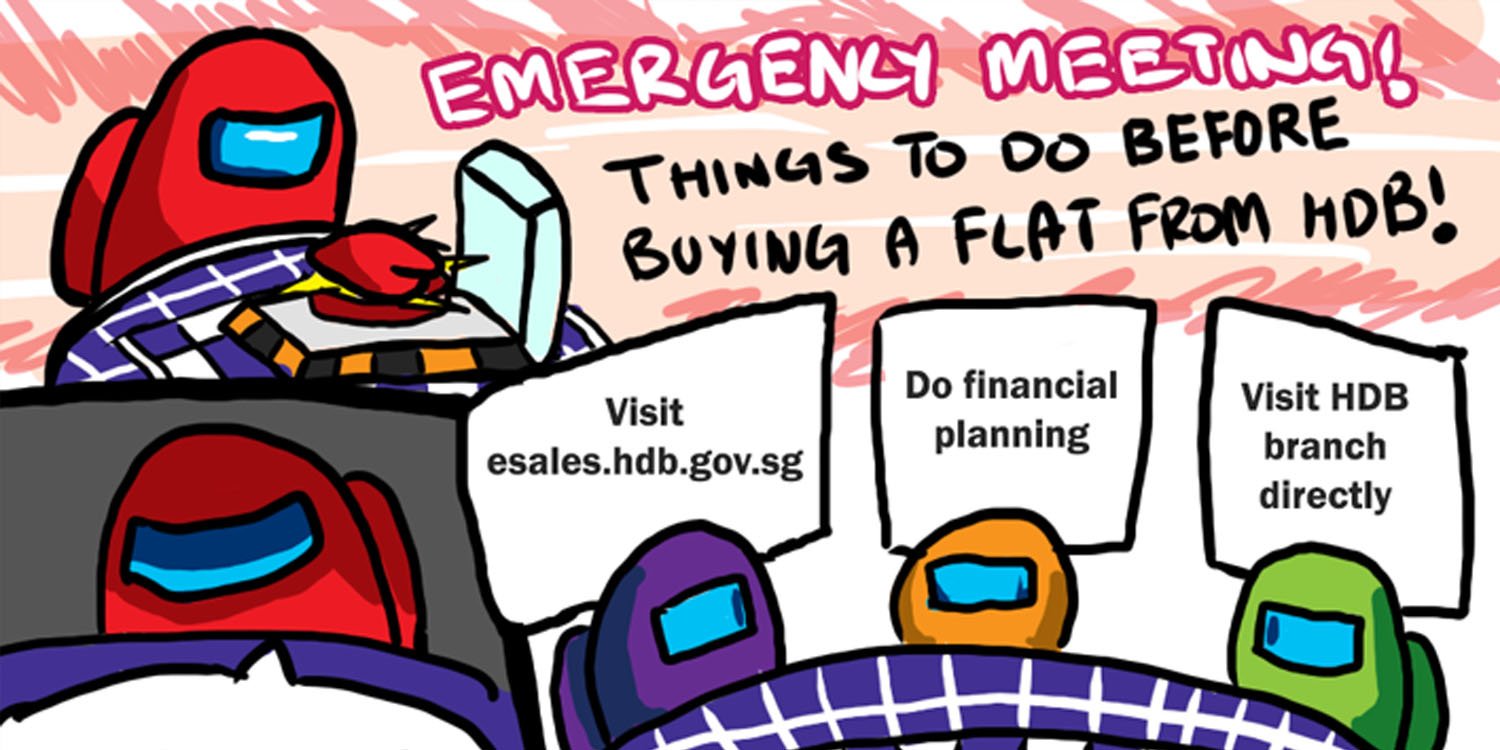 HDB & SCDF Create ‘Among Us’ Memes To Bring Across Important Points

You may be familiar with the game ‘Among Us’, which requires players to find the ‘imposters’ while completing missions.

While it started out as just a game among friends, it seems to have caught the attention of folks at some of our national agencies too.

Recently, the Singapore Civil Defence Force (SCDF) and Housing Development Board (HDB) created Among Us memes to bring light to various ‘issues’ that may sabotage their missions to help the public. 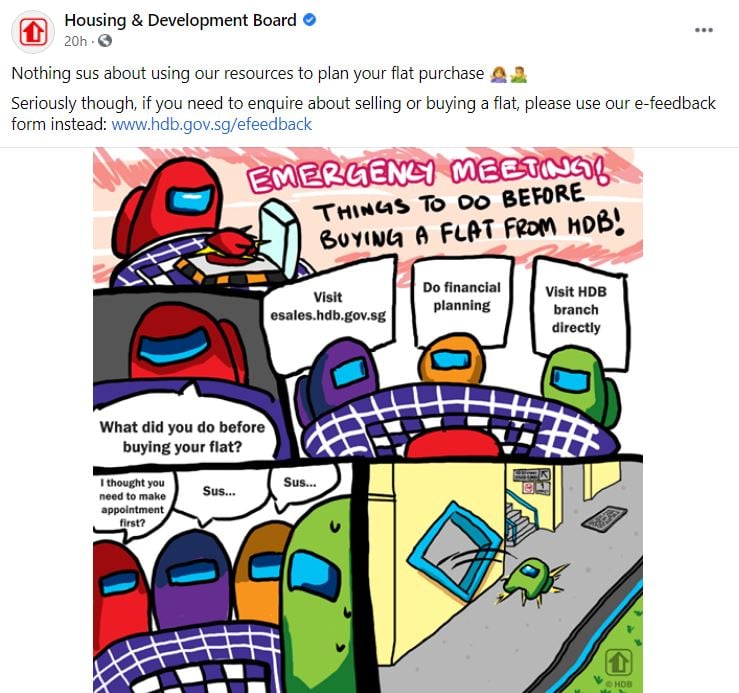 SCDF Among Us meme has imposter calling ambulance for diarrhoea

Unlike regular memes, the Among Us illustrations highlight important issues, albeit in a lighthearted way.

They show crew members in an emergency meeting to decide the best course of action to complete a ‘mission’. The imposter gives the wrong answer to ‘sabo’ but the crew sees through the lie, ejecting him into space. 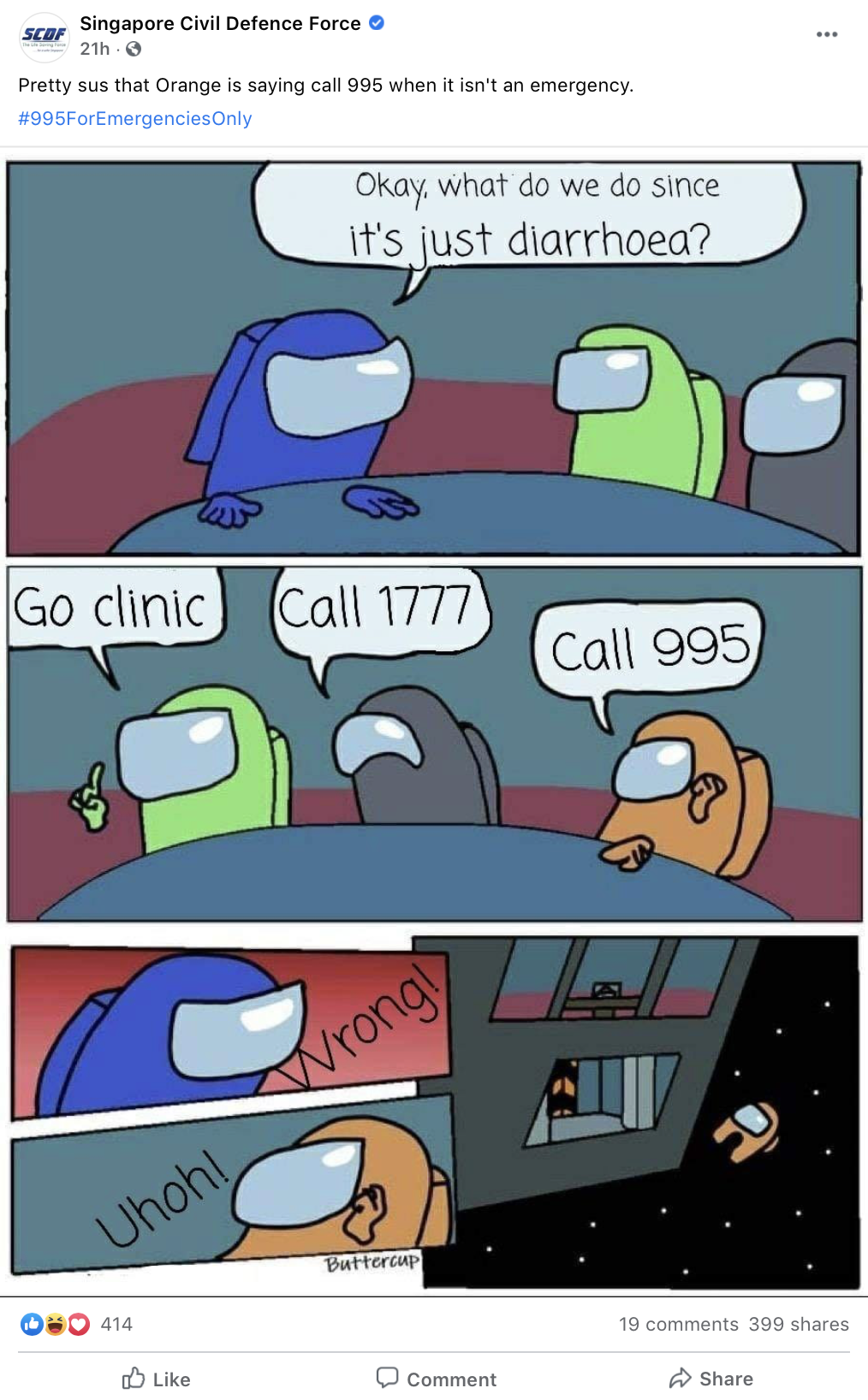 HDB’s meme depicts a crew deciding on what to do before buying a flat. The saboteur wrongly suggests that one should visit the HDB branch office directly instead of booking an appointment beforehand. 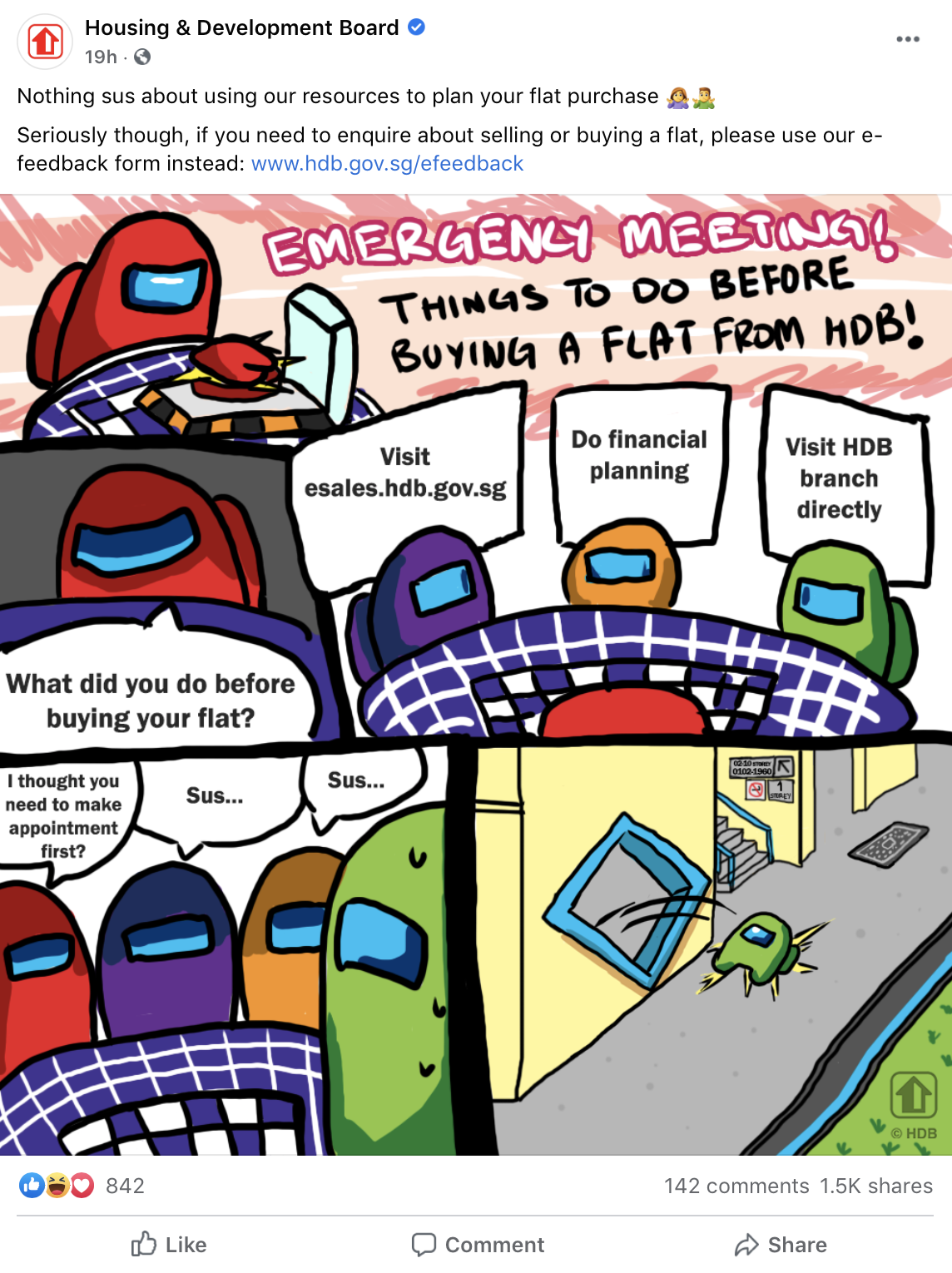 Of course, the crew finds the imposter suspicious and kicks him out before he can cause any more confusion.

Most netizens found the memes ingenious, with some even praising the “meme officer” involved in creating the graphics.

Another commenter liked that government agencies are actually getting cheeky with their advisories.

We need more memes among us

Kudos to the SCDF and HDB for using memes to highlight important issues in a memorable and unique way. After all, many of us nowadays need a good meme once in a while.

It certainly doesn’t hurt to add important information that could potentially help users with the processes.