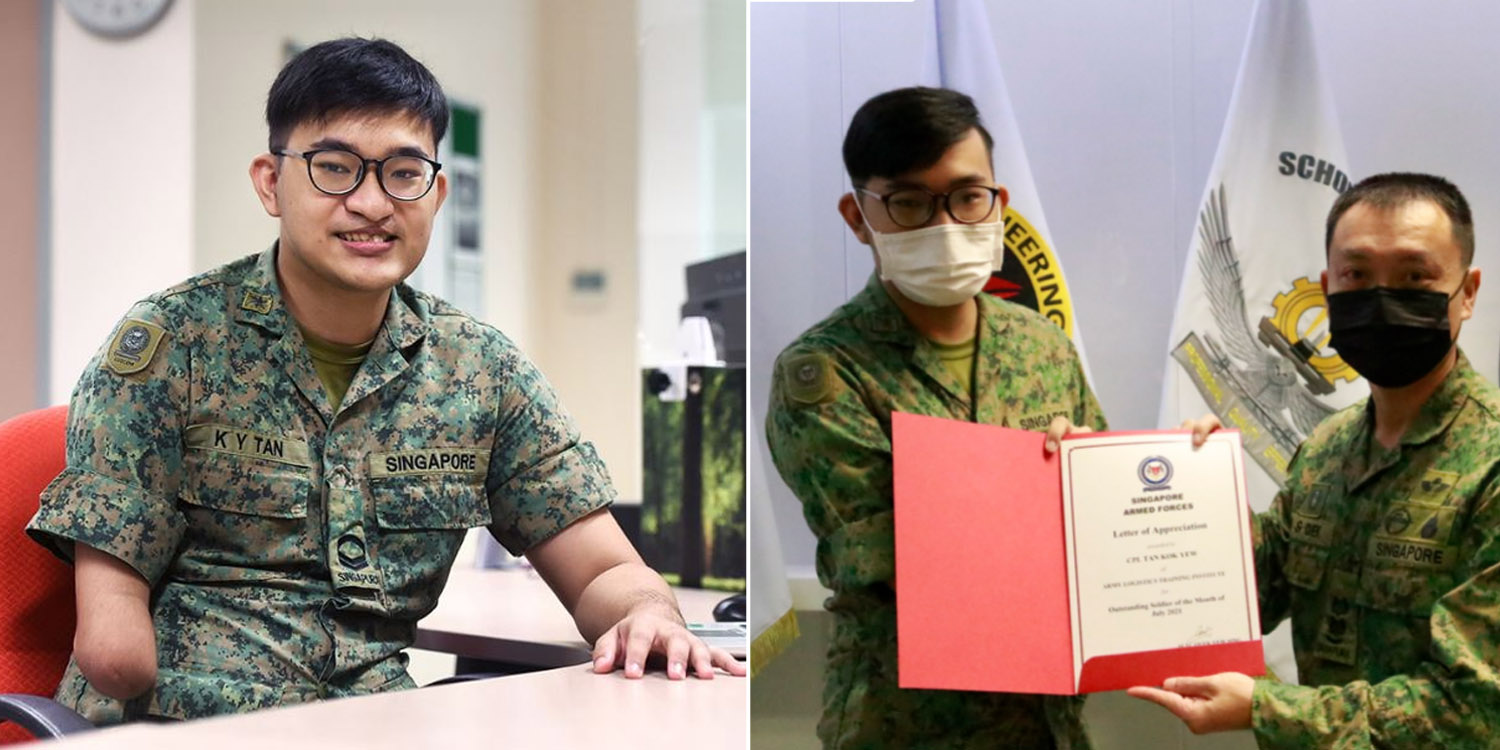 Upon turning 18, all medically fit Singaporean males are required to heed the call of the nation and serve National Service (NS).

Not everyone would enlist if they had the choice.

But that wasn’t the case for Corporal (CPL) Tan Kok Yew, an amputee who chose to serve NS despite being granted an exemption. 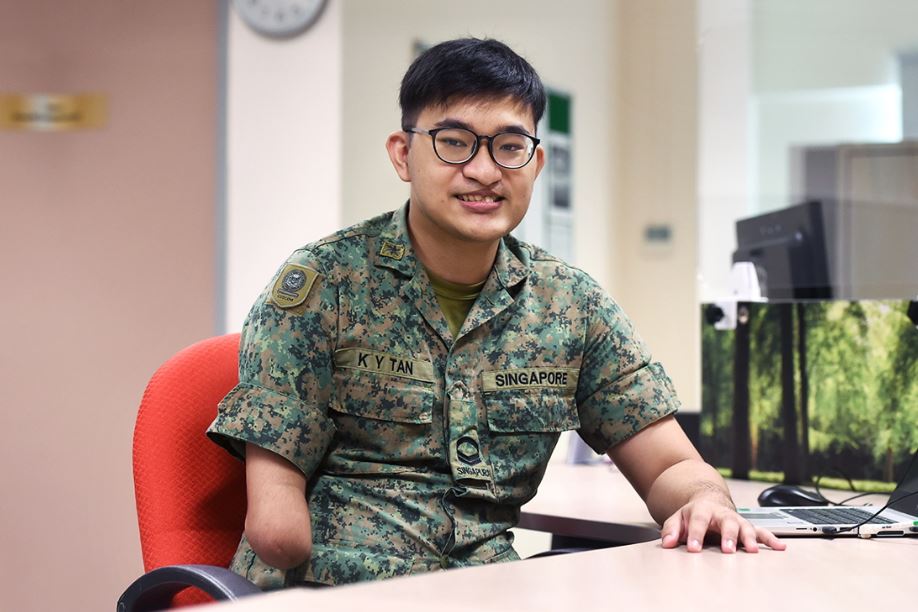 The 21-year-old didn’t just ‘survive’ NS but excelled to the point where he received 2 Commander’s Coins and an Outstanding Soldier award.

Here’s the tale of an inspiring Singaporean son who refused to let his disability define him.

Arm amputee enlisted for NS to not feel left out

According to Pioneer magazine, CPL Tan was granted the choice to be exempted from NS as his arm had to be amputated due to an illness he suffered when just 3.

But as he was determined to not feel left out and prove he was just “a regular Singaporean guy”, CPL Tan eventually decided to enlist for NS in Nov 2019 and was assigned PES E9. 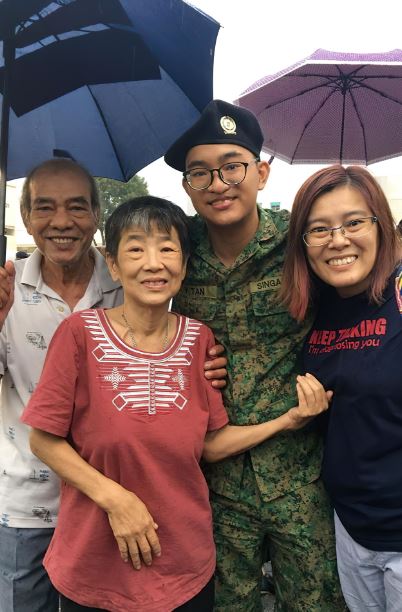 Currently, CPL is serving in the Army Logistics Training Institute (ALTI) where he is an Admin Service Assistant at the Training Support Branch.

Despite the fast-paced nature of his job, CPL Tan found himself excelling in the role and was also able to forge strong relationships with his colleagues. 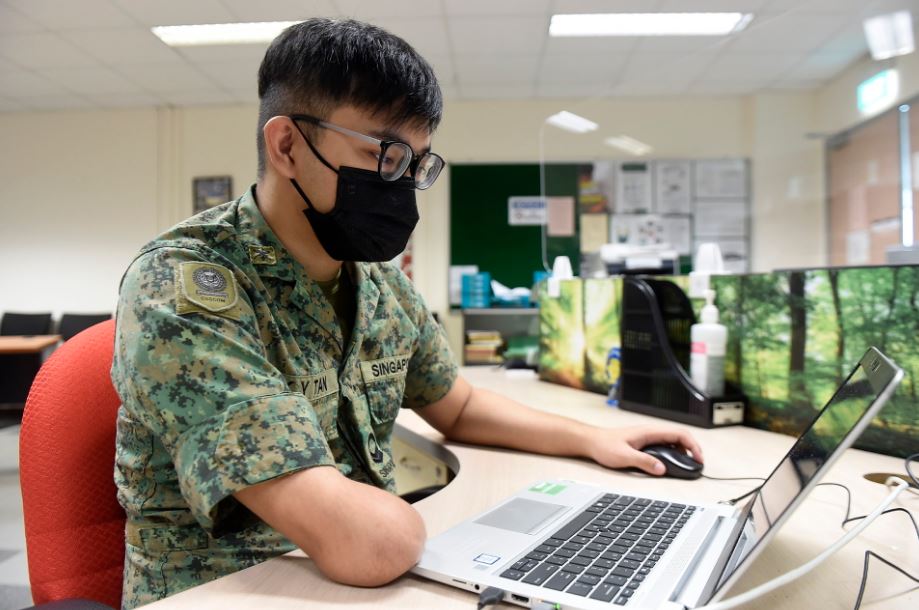 Speaking to Pioneer, Tan’s colleagues also gave similarly positive feedback and lauded him for being helpful, efficient, and caring. 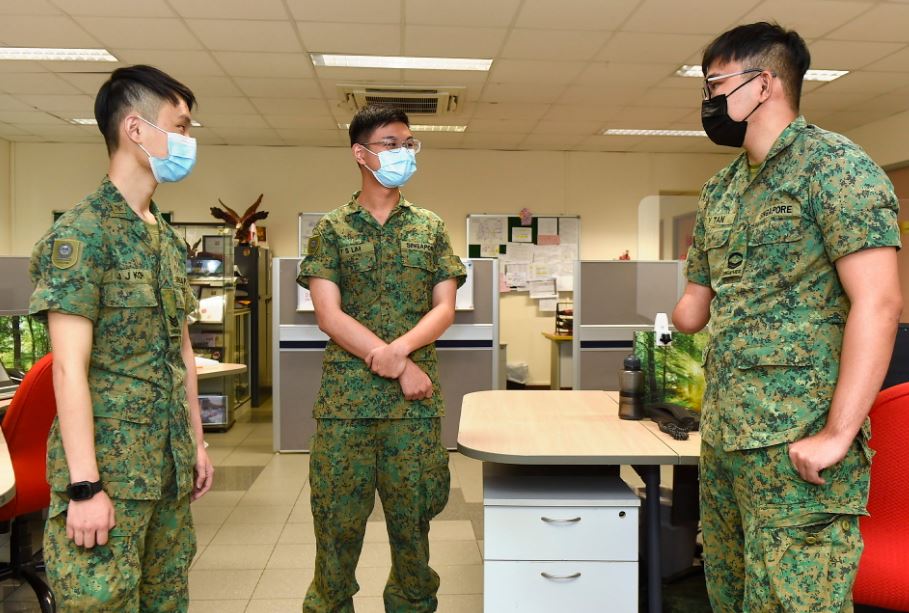 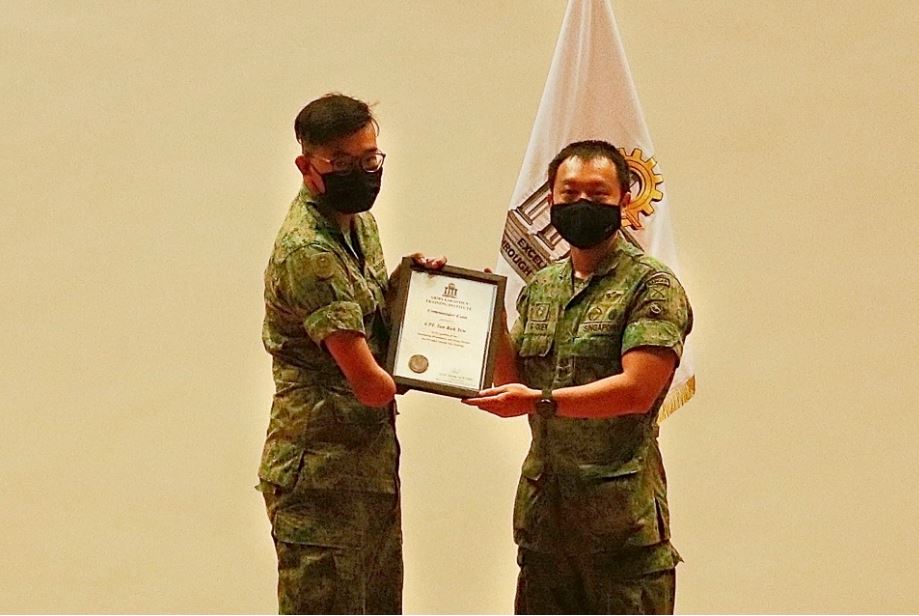 He was also named the Outstanding Soldier of the month by his unit in July.

Was bullied due to handicap but soldiered on

Despite his handicap, Tan didn’t think different or less of himself and even took up sports like badminton and basketball, noting:

I may only have one hand, but I can do what any normal person can do.

However, when it came to making friends, things weren’t as smooth sailing.

Throughout his years in primary and secondary school, Tan was reportedly bullied for his disability.

Tan only managed to find true friends when he was pursuing his business NITEC at ITE College Central.

He also grew close to his bunkmates during BMT, who admired his decision to serve despite being differently-abled.

Positive attitude towards life is commendable

Tan’s positive attitude towards life and his mental fortitude are indeed commendable.

We’re heartened that his sacrifices were acknowledged and hope that his story will motivate others serving NS to make the most out of their stints.