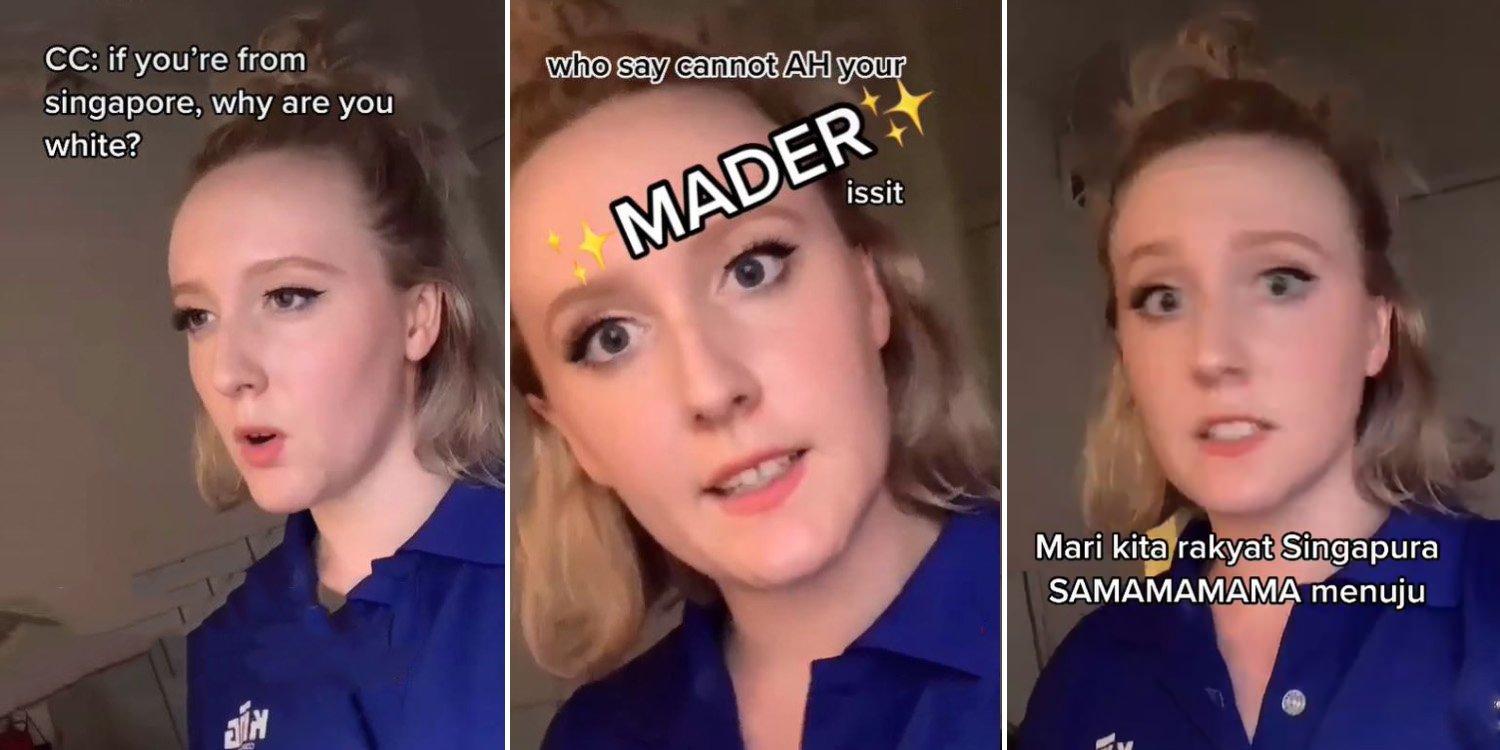 When we see Caucasian people in Singapore, we’d expect to hear either an American or British accent when they speak. Most of the time, this is true.

So imagine how shook Singaporeans on TikTok were, when they watched an ang moh woman spew Singlish as if it was the most natural thing to do.

Meet Daisy Ann Mitchell, who articulated her way into the hearts of Singaporean followers with her viral Singlish accent video. If you haven’t seen it, here it is.

And we gotta admit, she pretty much nailed it.

When the video plays, we first hear Daisy asking a question that was inspired by Karen Smith’s infamous quote from Mean Girls,

If you’re from Singapore, why are you white?

Then comes the plot twist no one saw coming. She immediately answered with an equally infamous curse word in a distinctive Singlish accent. 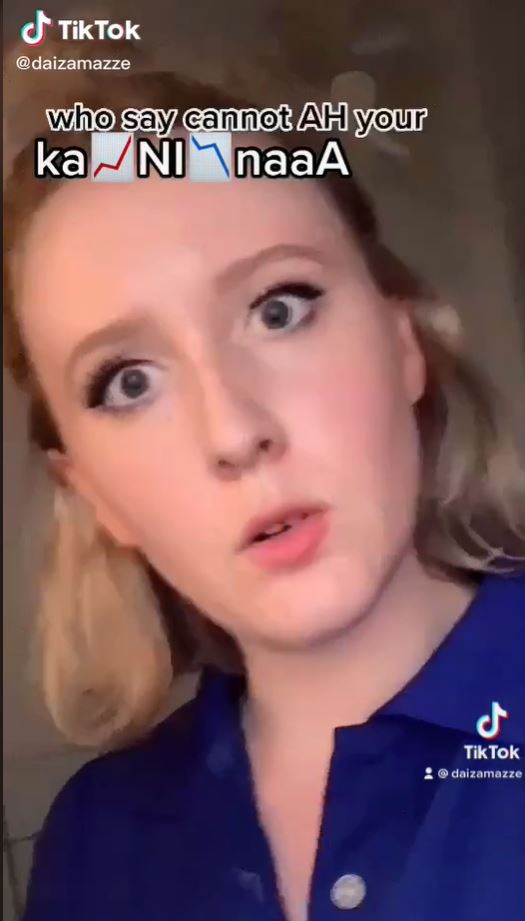 “Who say cannot ah? Your mader is it?” Yes, it’s not Singlish unless you pronounce ‘mother’ this way. 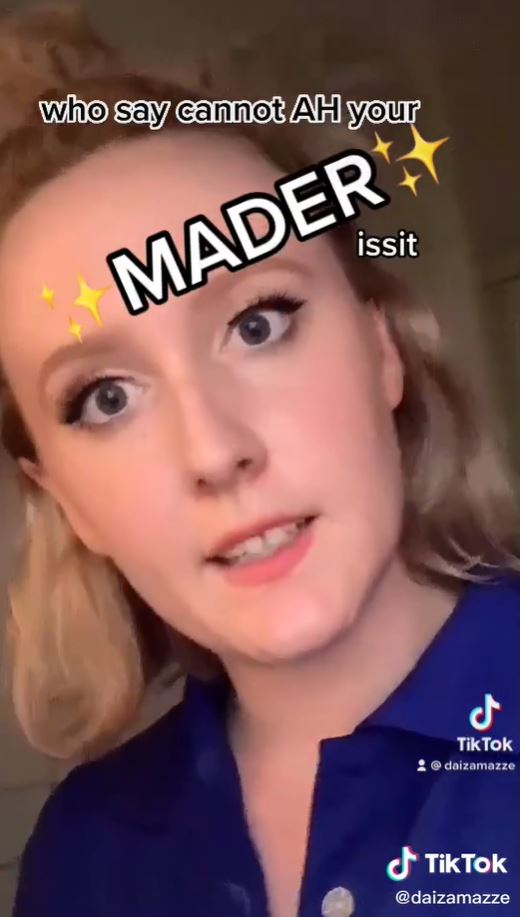 “You think every day I go school say pledge sing national anthem for fun is it?” 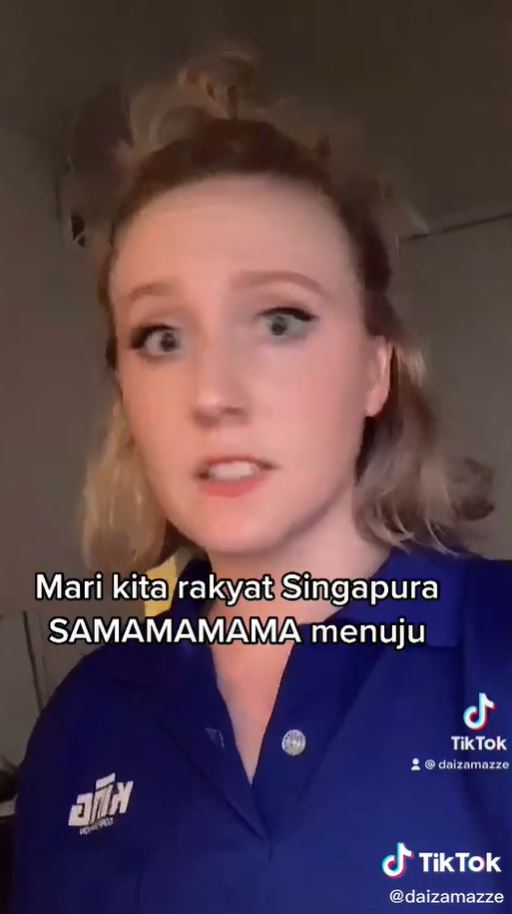 She then concludes her monologue with the unmistakable “walao ehhhhh” — complete with that low-pitched drag at the end.

Singaporeans had a lot to say about her viral video, which had garnered over 1.5 million views in just 2 days.

Many, like us, were not ready for that dramatic change in accents, because it was so spot on. 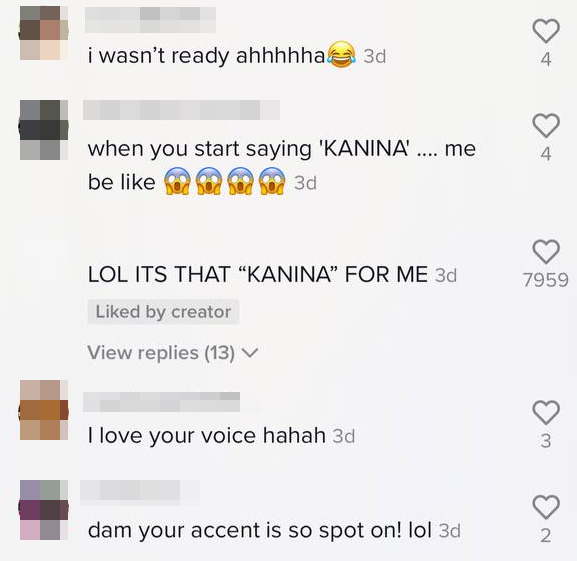 Others said her accent is proof that she’s definitely from Singapore, with one commenting, “She’s certainly one of us.” Been living in Singapore since she was 6

Daisy is a Singapore Permanent Resident (PR) who grew up here since she was 6. The 22-year-old drama teacher told MS News that her family moved here from the United Kingdom.

As she spent most of her childhood and teenage years in local schools, this explains why she talks like a true blue Singaporean.

While her default accent sounds American peppered with a few Singlish terms, Daisy shared that her Singaporean accent is most distinct when she’s passionate about something.

She related that she’s been feeling pretty overwhelmed after her video took TikTok Singapore by storm.

I was reading as many comments as I could, and someone told me that my teeth were social distancing.

She said she definitely had a good laugh at the remark.

Thanks for entertaining us, Daisy

Daisy, as well as her 2 younger brothers who are going to serve NS soon, may be super localised, but she said it’s refreshing to see how hearing ang moh people speaking Singlish isn’t the reality for most people.

But one thing’s for sure, Daisy’s acclimatisation to Singapore life is testament to the diversity of our society today.

Thank you Daisy, for briefly entertaining us all on TikTok.