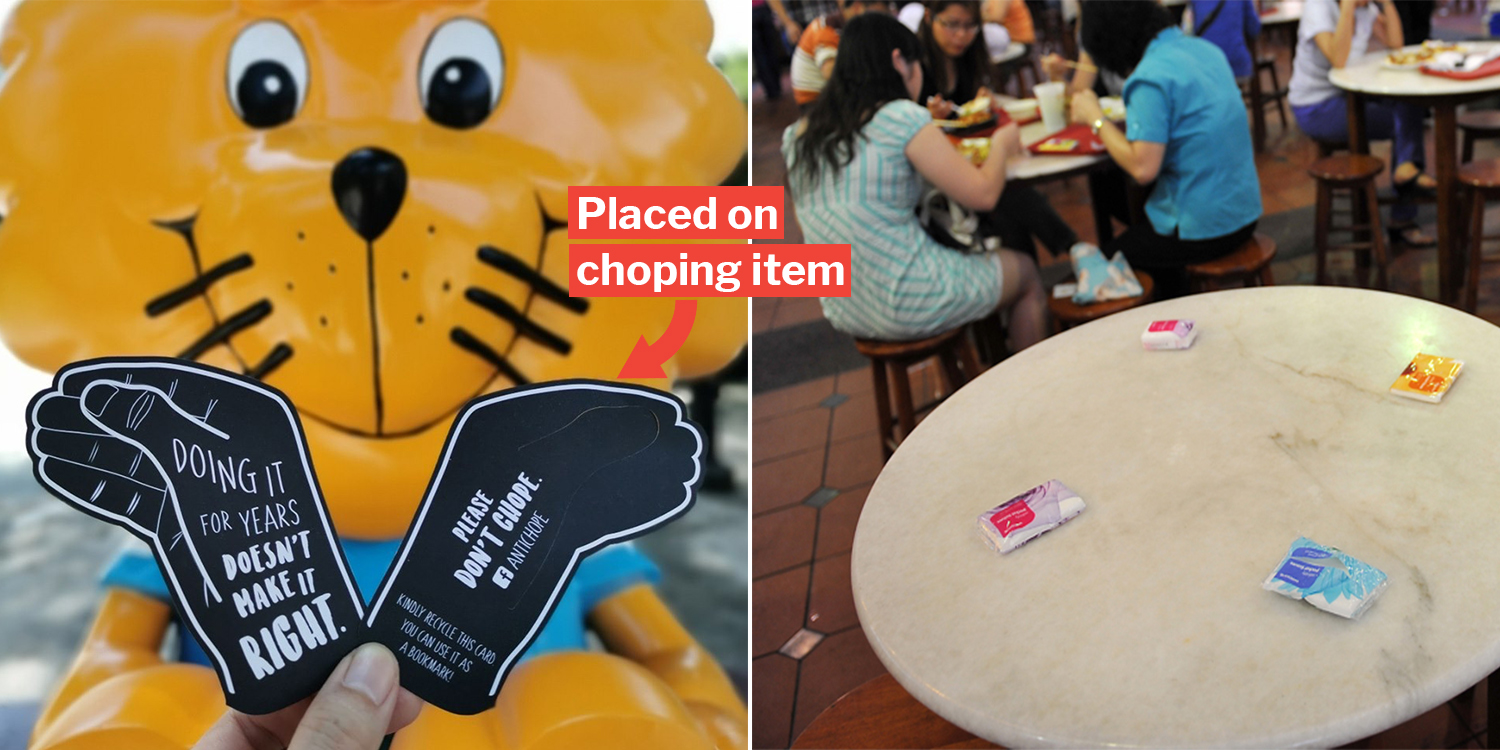 Doing it for years doesn't make it right.

Whether you’re a kid or an adult, Singaporeans all know what choping is.

The act of reserving a seat using tissue paper is so common that few of us rarely consider if it’s okay to do so. However, a group of Singaporeans seem to think not.

The Anti-Chope Movement was set up with the hope of trying to get rid of the social phenomenon known as ‘choping’. Its supporters believe that choping is ungracious and thus wish to effect a change in culture.

Its founder explained her motivations for starting her movement on the Facebook page. Choping is an ungracious act

Initially, the founder of the movement only treated choping as a pet peeve.

However, she decided to take a stand against it in 2018. In her opinion, choping is an “ungracious act” that people take advantage of for “selfish reasons”.

To her, seats in hawker centres, food courts, and fast food places are all meant for free-seating. If one wanted a seat, they should be there instead of placing an item to chope it.

Doing it for years doesn’t make it right

So how does the movement create change?

The members go around public eating areas and place “anti-choper” cards on the tables which people have choped. 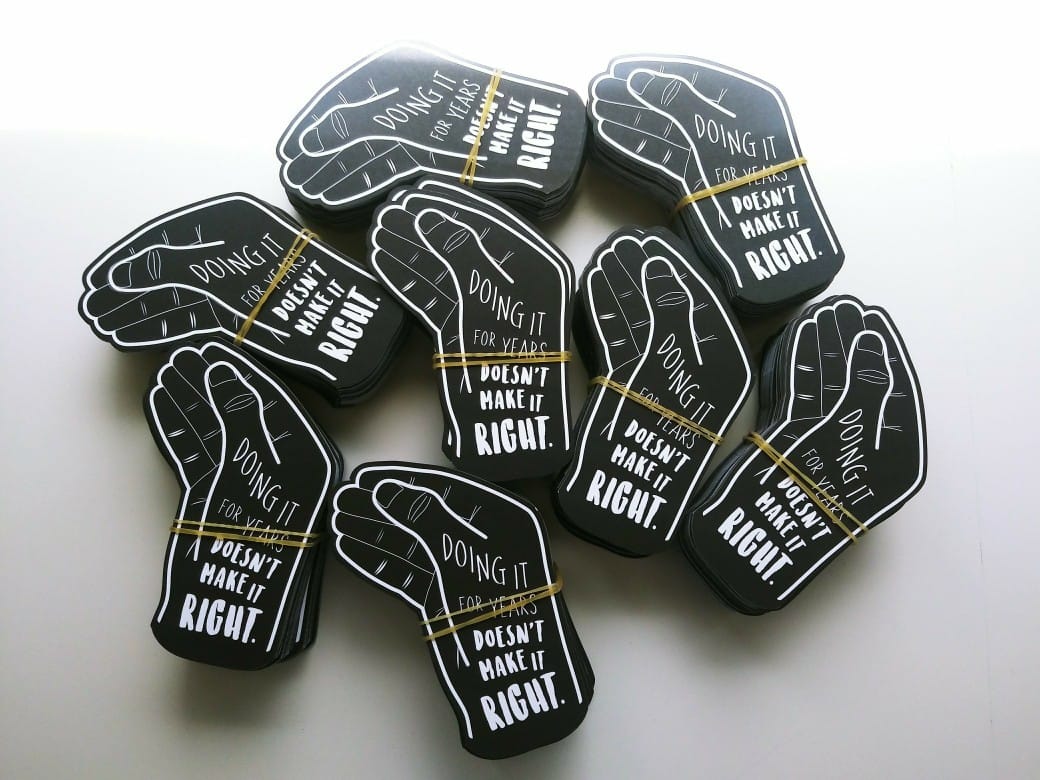 On the front, the card tells you that just because many people do it and you have done it for years doesn’t make it right. That’s like your mum scolding you, “everyone jump off a cliff means you have to jump ah?” 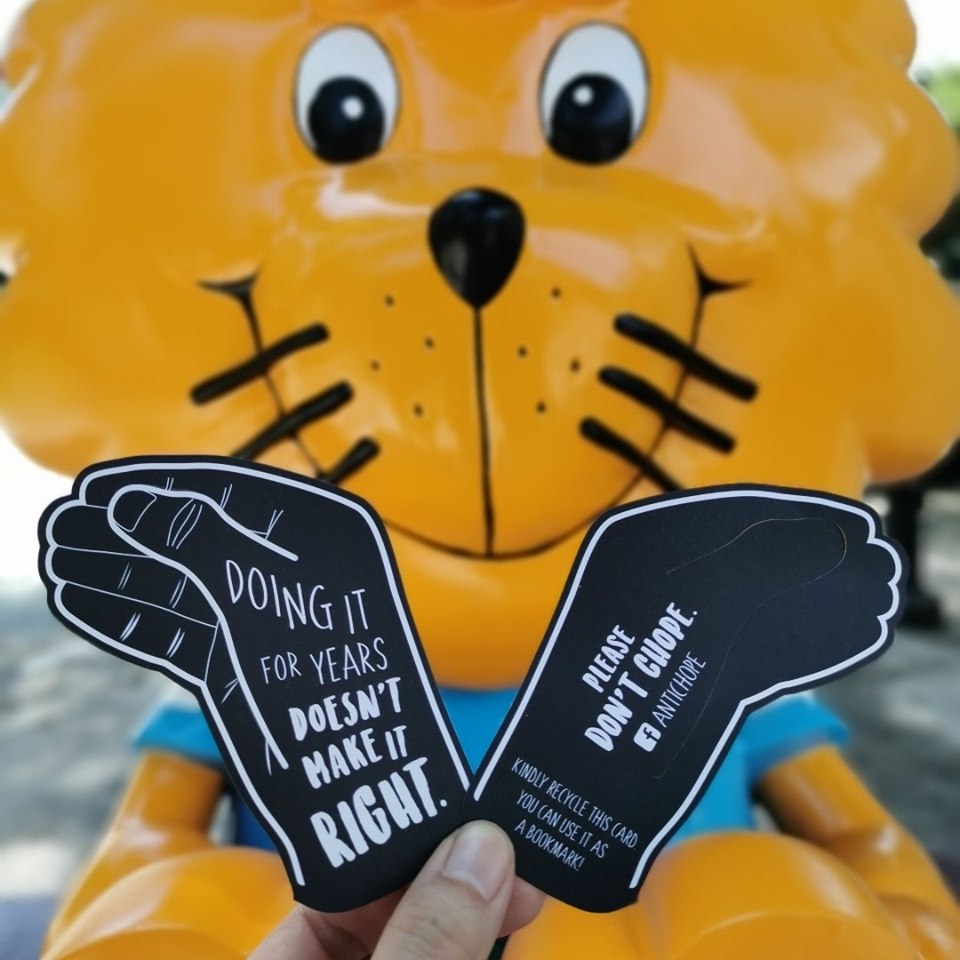 The movement is also environmentally-friendly. Instead of wasting paper, people who receive the card are encouraged to reuse it as a bookmark.

While this movement has a fair starting point, netizens question its effectiveness — bringing up the practical motivations of choping. 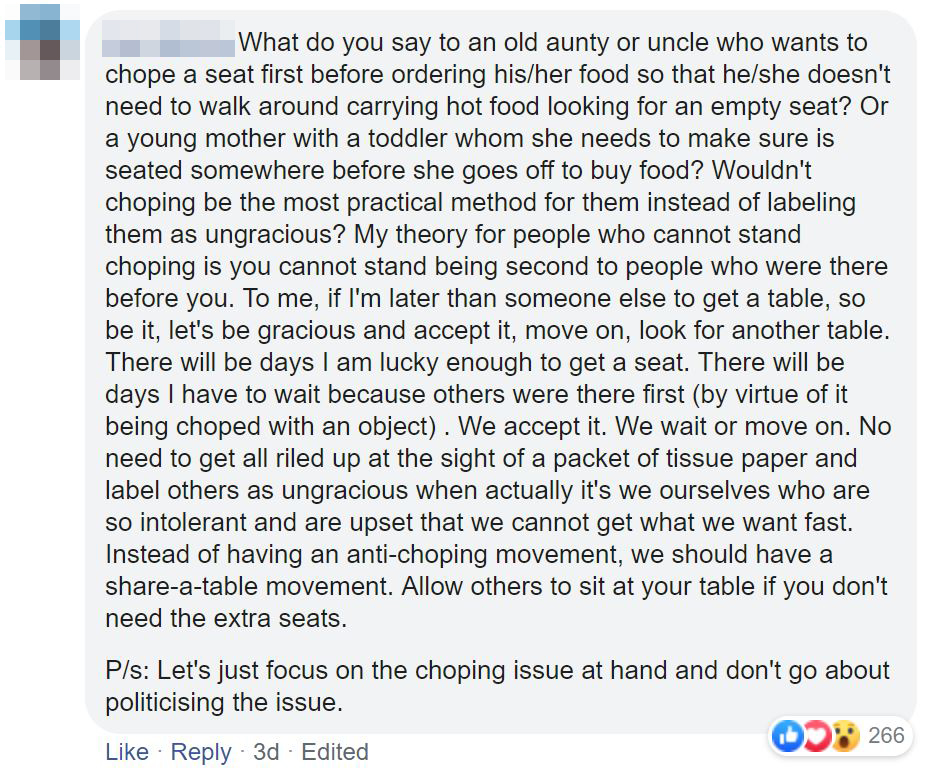 The netizen feels that choping is understandable when it involves old people and pregnant mothers. He also believes that just like having free-seating, choping also works on a first-come-first-served basis.

Another netizen believes that there are more important issues that could have been focused on such as returning trays and saying ‘thank you’ to the cleaning staff.

Another question that may pop into your mind as you are reading this article — then what about humans?

Technically, if you help friends reserve a seat, it means that you have also choped a seat for your friend. According to their logic, you are only counted as using the seat if your physical body is on the it.

Generally, the movement has brought up a controversial topic for Singaporeans. However, many disagree with the way it’s being done.

Hopefully, the founders will take into account all the constructive criticisms and tweak their strategies accordingly.

What do you think of the Anti-Chope Movement? Let us know in the comments below.