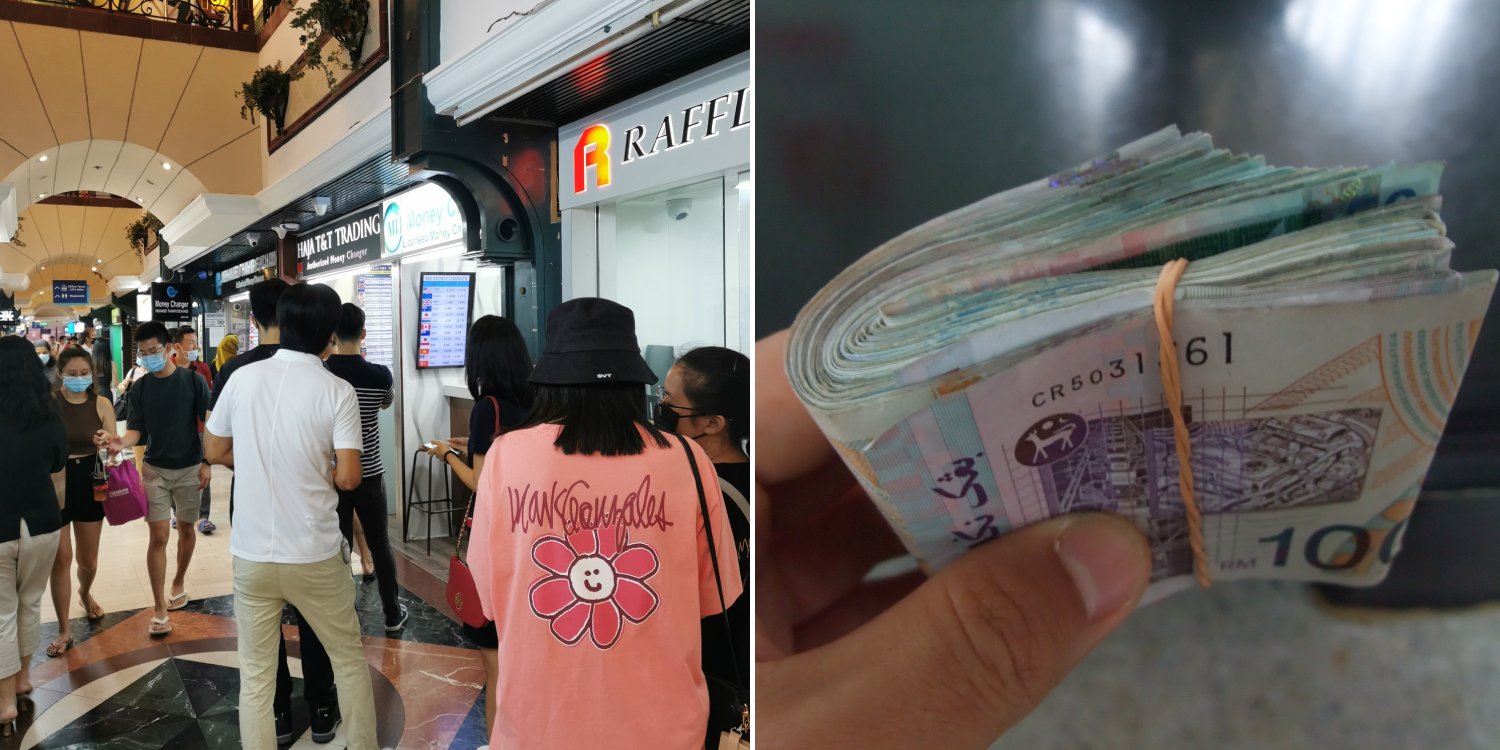 Some money changers are earning just S$20 to S$30.

Coinciding with the National Day weekend, the Singapore dollar is now at around RM3.23.

The attractive rate is drawing crowds to money changers.

But the exceptional demand for ringgit is causing some money changers to lose profits due to how competitive the rates are.

As such, a few of them have stopped selling ringgit, but are still buying it.

According to Shin Min Daily News, at least two money changers at The Arcade in Raffles Place said they are not selling ringgit for the time being. 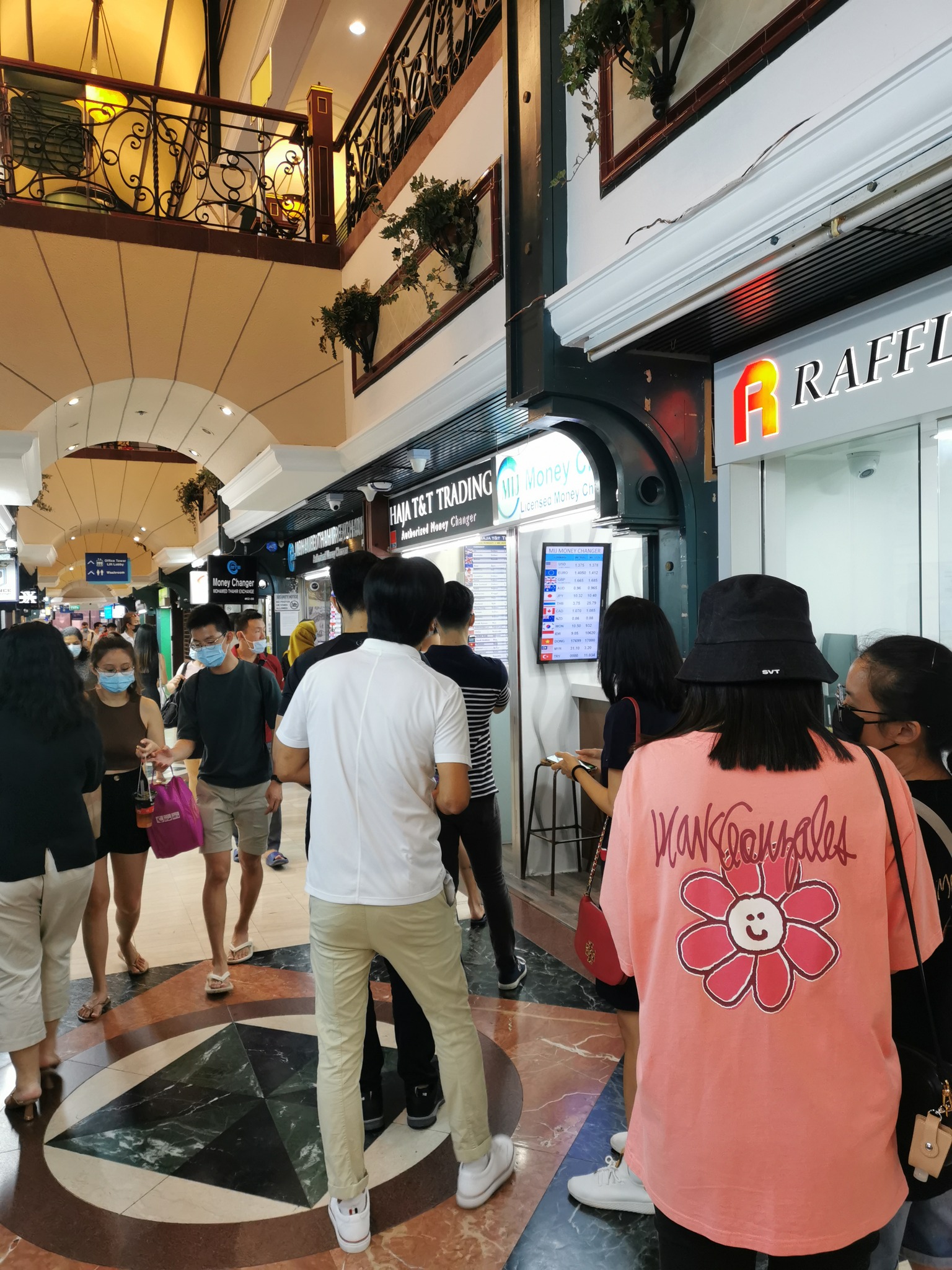 They reportedly said that the profit margin has become too low to continue doing so.

Because there are many other money changers, they’ve had to set rates competitively — driving profit margins down further.

The ringgit falling daily does not help money changers, who have to buy in stock earlier. They added that the rate is already lower than before when they’re selling the ringgit.

So, even though demand is high, money changers are not earning enough to justify selling it.

Because some money changers have stopped selling ringgit, longer queues are forming at others.

At the same time, some expect the ringgit to fall further and are holding off, one of them told Shin Min Daily News.

Others are taking the chance to exchange now even though they are not travelling any time soon.

To stop selling a product in demand because the profits no longer justify doing so is an interesting phenomenon.

It doesn’t help that the ringgit continues to fall, making it difficult to even hold stock.

But as things stand, it’s good news for those who are travelling to Malaysia — if they can withstand the long queues.