If you’ve watched Arsenal’s matches during the International Champions Cup (ICC), you would’ve seen the eye-catching fonts on the back of the Arsenal players. 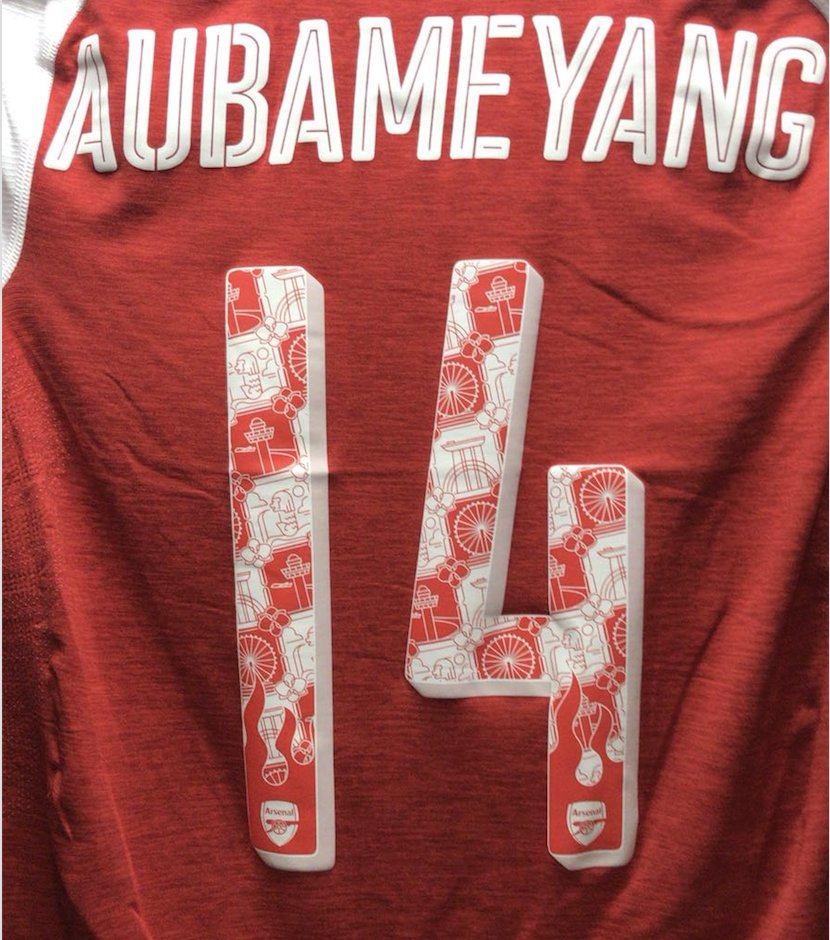 The fonts debuted in red and white during the match between Arsenal and Atlético Madrid. And later in a minty-green shade during Arsenal’s 5-1 Saturday’s match against Paris Saint-Germain.

Exclusive to the Singapore leg of the ICC, the unique fonts featured Singaporean landmarks and icons: 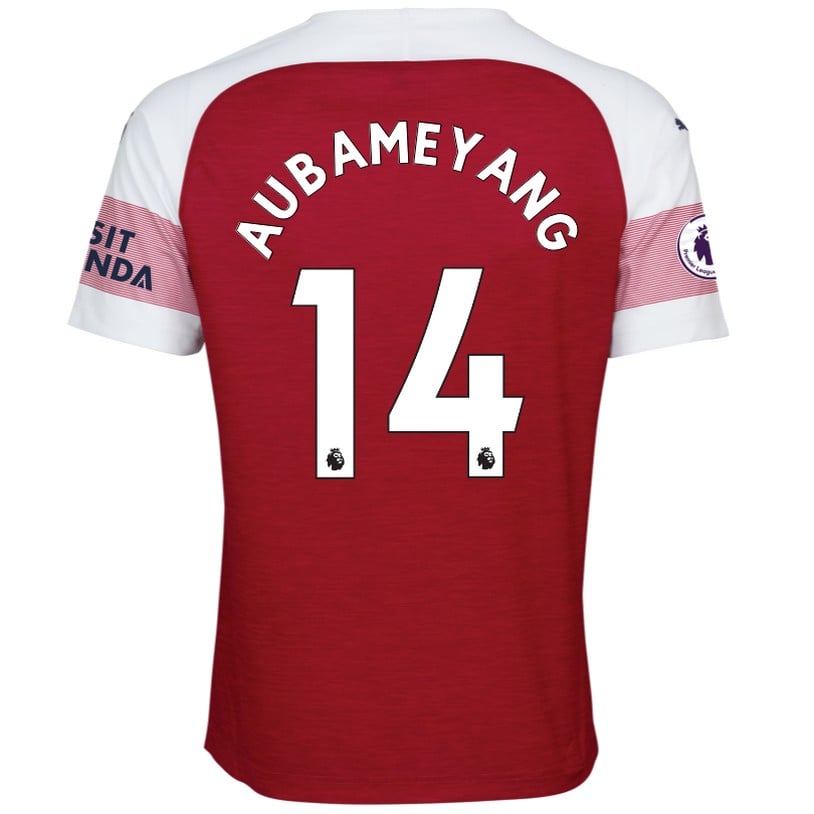 This was in a huge contrast to the monochromatic Premier League Fonts usually present.

Mark Ong, a homegrown designer, was the man behind the patriotic fonts.

Known for his unique sneaker designs, Ong is also the founder and and Creative Designer for local fashion brand, SBTG. 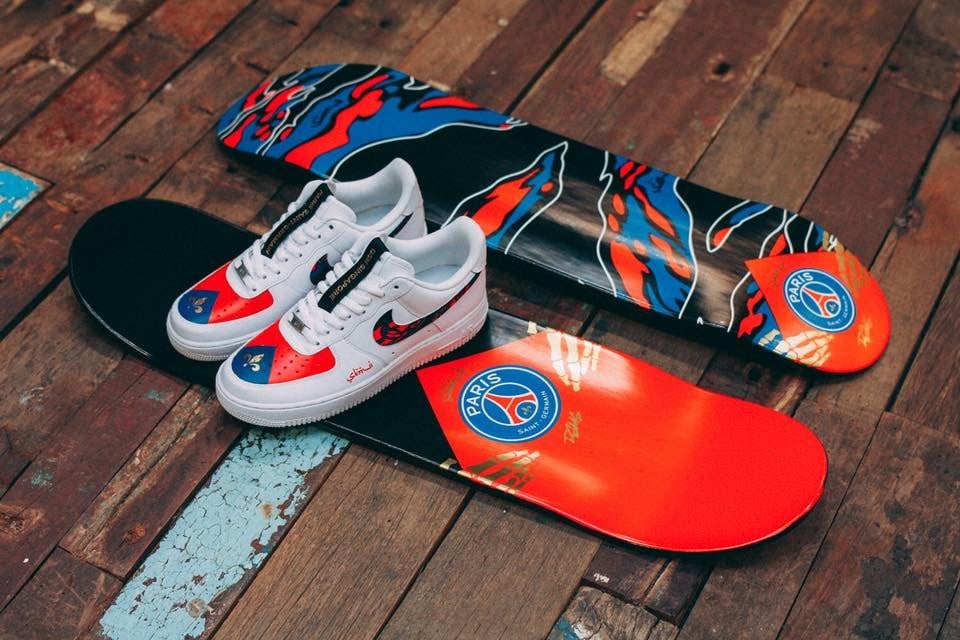 Maybe the NDP organisers should consider enlisting his help for the NDP funpacks next year.

Highly-sought after commodity on Carousell

The limited-edition fonts, which were available during the unveiling of the third kit last Friday, caused quite a frenzy among Singaporean gunners.

Many who were keen to get their hands on these iconic fonts have posted ‘Want-To-Buy’ requests on Carousell. 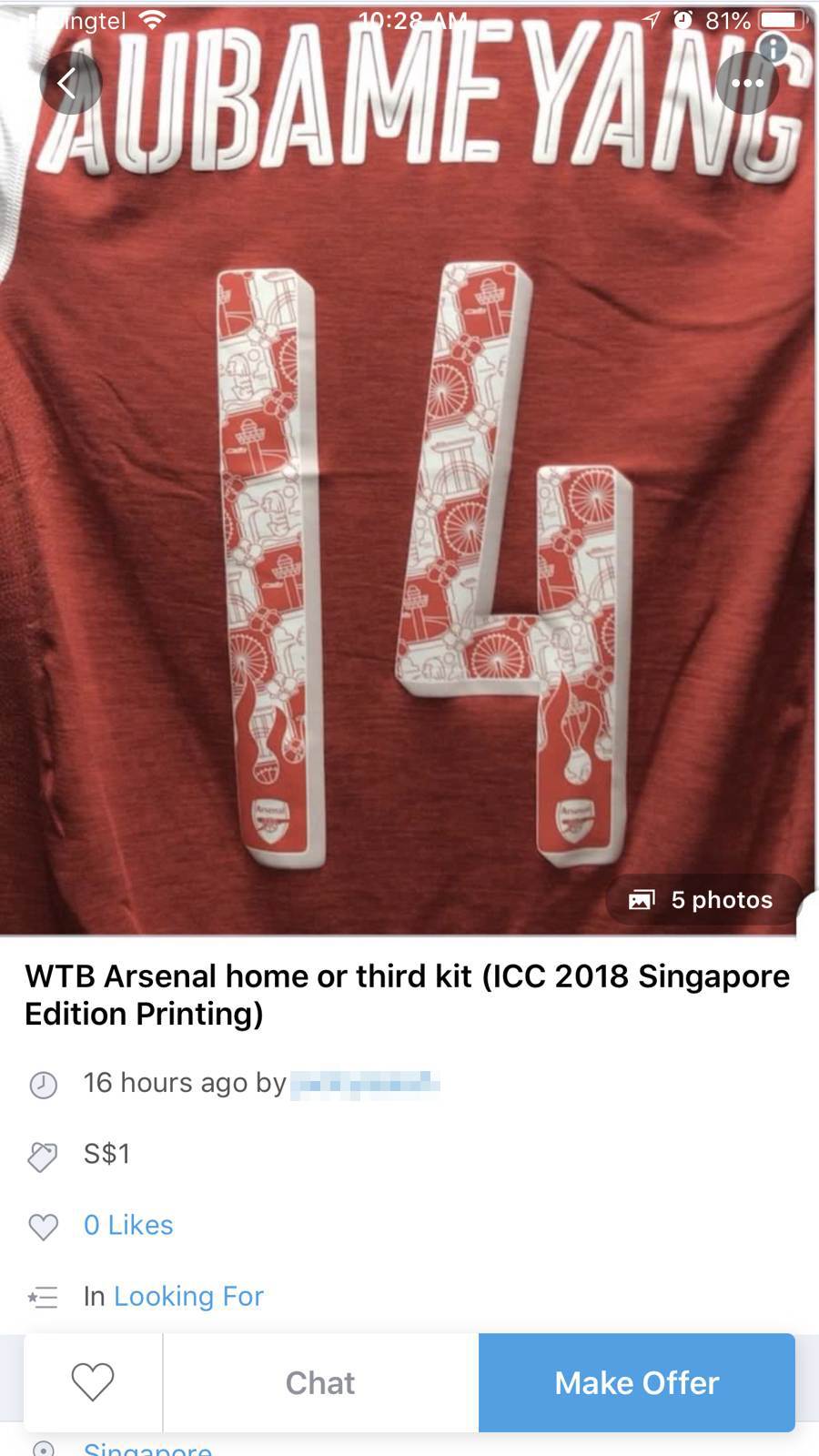 When probed, some were willing to pay up to $180 for these jerseys — almost twice the price of a normal non-customised jerseys.

Submitted by a Carousell user

Not available to public now

Weston Corporation, a sports apparel company that specialises in football jerseys, has also received numerous queries on their Instagram profile about the availability of the fonts. Weston has yet to provide an official response to these queries as of Monday (30 Jul).

However, shop assistants from Weston claimed they did not have the fonts when asked over the phone.

Puma, the official kit manufacturer for Arsenal also denied having these fonts.

From the looks of things, it is rather unlikely that these kit fonts are going to be made available to the public again.

Do you dig these special fonts? What other national icons would you have added?