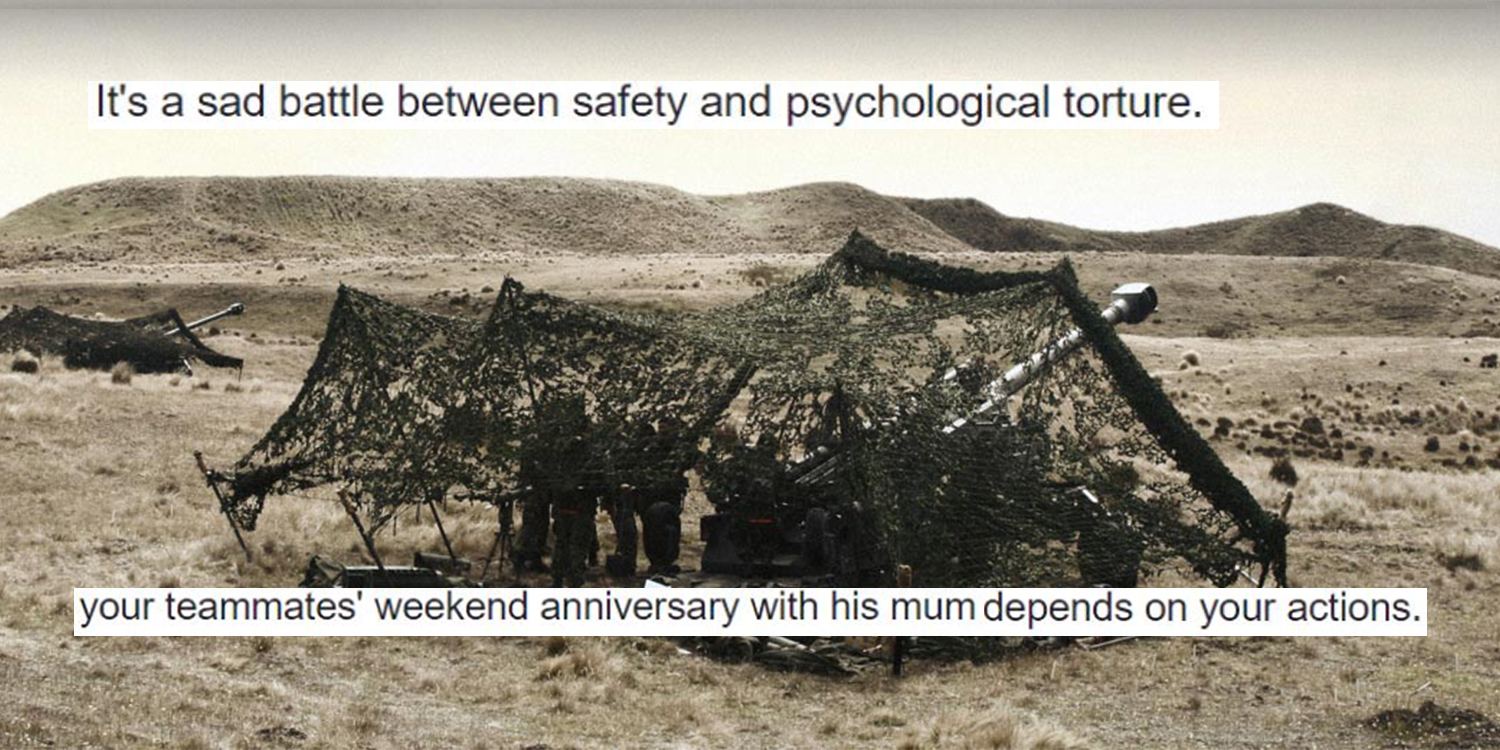 Artillery Unit Soldier Hopes System Will Change For The Better

The sudden passing of a bright young local starlet while he was on reservist in New Zealand has caused ripples of shock and anguish in our community.

As many Singaporeans continue to mourn the passing of Aloysius Pang, a netizen who claims to be an Artillery Unit soldier who was also deployed to New Zealand has shared a meaningful post about the difficulty in balancing safety & performance in the SAF.

Here’s his story in full: 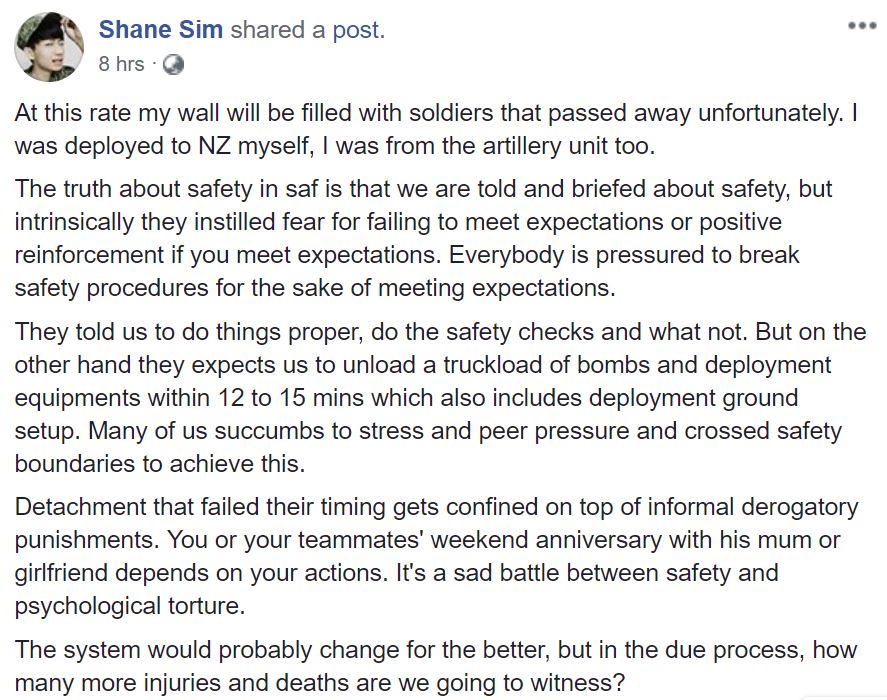 The truth about safety in SAF

Mr Sim shares that he was also from the Artillery unit, and was deployed to NZ himself. He does not specify if he was part of the same operation as Aloysius.

However, he adds that although they were “told and briefed about safety”, there was an intrinsic fear instilled for failing to meet expectations.

On the flipside, positive reinforcement was given for successfully meeting them.

With the emphasis on performance, Shane shares that soldiers may face pressure to “break safety procedures” in order to meet expectations.

This is although instructions are already given to “do things proper”, as well as conducting the necessary safety checks.

On the other hand, they expect us to unload a truckload of bombs & deployment equipment within 12-15 min, including ground deployment set-up. Many of us succumb to stress, peer pressure & cross safety boundaries to achieve this.

What happens when tasks aren’t completed within the target timeframe?

Shane shares that detachments that “failed their timing” may have punishments meted out on them — on top of “informal derogatory punishments”.

The desire to perform well thus creates a clear dilemma within soldiers. One that there’s no real answer to.

You or your teammates’ weekend anniversary with his mum or girlfriend depends on your actions. It’s a sad battle between safety and psychological torture.

Shane continues to believe that the system will “probably change for the better”, but ends his post with this heart-wrenching question,

The system would probably change for the better, but in the due process, how many more injuries and deaths are we going to witness?

A hard balance to strike

While our boys head out to overseas assignments to prepare to defend our country, we agree that no peacetime exercise is worth a precious life.

Like Mr Sim has pointed out, perhaps it’s time to relook more than SOPs or protocol in our execution of drills to ensure the psychological well-being of our soldiers.

Simply put, more can be done.

We cannot prevent every accident, but we can prepare everyone mentally to face the challenges that lie ahead.

We cannot bring back those who have passed in the line of duty, but it is our duty to make their deaths spark lasting change.