Must Share News – Independent News For Singaporeans
Home News Latest News 10 Reasons Why Aloysius Pang Will Be Remembered As A True Singaporean... Update (11.55pm, 23 Jan): MINDEF has confirmed Aloysius Pang has succumbed to his injuries and has unfortunately passed away. They will be investigating the matter further, as the nation grieves for a fallen Singaporean son.

Read: Aloysius Pang Passes Away Due To Injuries From Overseas Exercise: MINDEF

MINDEF confirmed his passing hours later, at around 11.39PM on 23 Jan via mainstream news outlets.

Singaporeans are reeling from shock, but as we process the news, we remember and celebrate his life.

Here’s how Aloysius Pang, a dedicated Singaporean son who got injured serving our country will always be remembered — for his talent, his dedication and genuine love for his family.

People say that talent is what you were born with, and Aloysius is proof of that.

He started acting at the age of nine, starring in these children’s TV shows:

His role as Ding Weiliang in A Child’s Hope earned him a nomination for the Young Talent Award in the 9th Star Awards Ceremony in 2003. 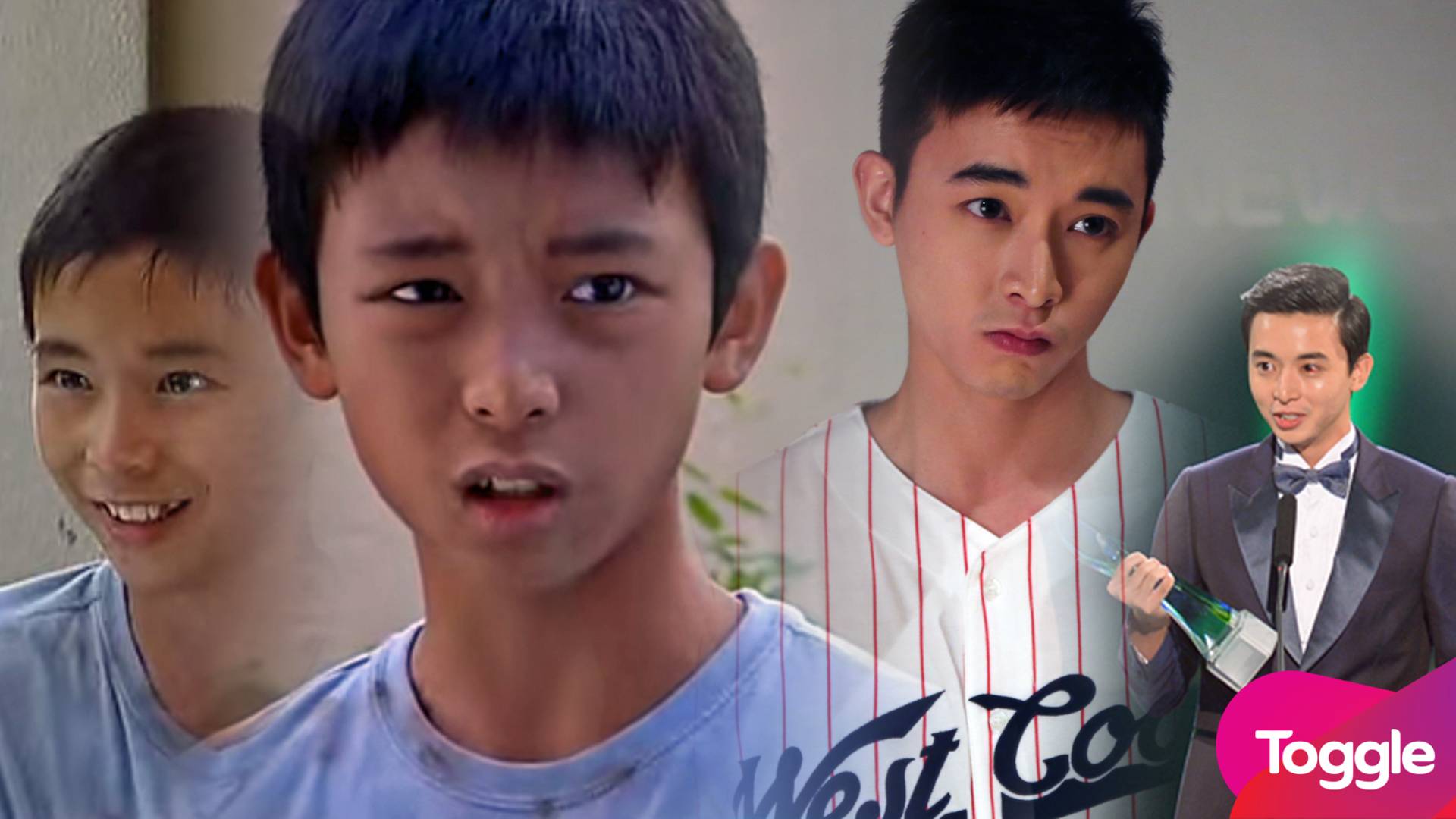 2. Took a break from acting when he was 14 to pursue his studies

In 2004, at the age of 14, Aloysius decided to stop acting as his peers often teased him about it.

Aloysius who was then studying in Yuying Secondary School stopped appearing in TV shows until 2012, after he graduated from Singapore Institute of Management University (UniSIM).

He made his return in March 2012 as the lead character in the film Timeless Love, directed by Lim Koong Hwee and Dasmond Koh. 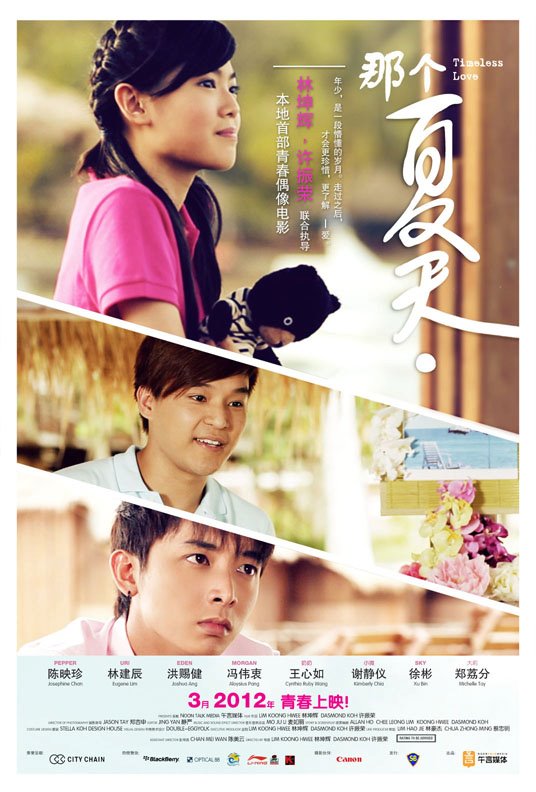 That same year, he also acted in Channel 8 dramas Poetic Justice and It Takes Two.

If you think the number of projects he took up upon his return was quite a lot, have a look at how many he has done since then.

He wasn’t kidding about itching to act, because he has been really committed and has done at least two shows every year since 2012.

The highest number was in 2016, when he acted as Royston Chio in the film Young & Fabulous and appeared in five other TV shows:

Aloysius won the Top 10 Most Popular Male Artistes, showing he was a rising star in the local Chinese entertainment industry.

There’s no denying that Aloysius was well-loved both within the industry and by fans too.

He was regularly nominated for various popularity and performance-based awards since his early years of acting.

Besides the win in the 22nd Star Awards Ceremony in 2016, Aloysius had won Best Newcomer at the ceremony the year before. 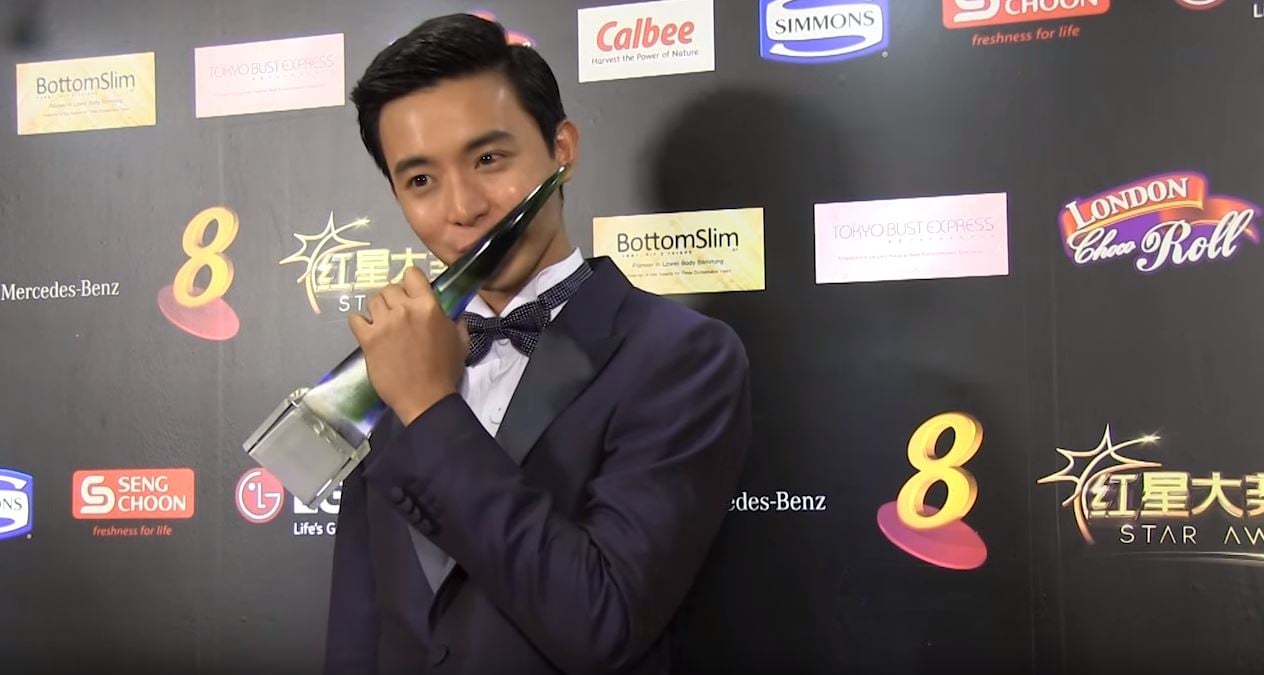 5. One of Mediacorp’s Eight Dukes

The buzz around Aloysius Pang eventually granted him the honour of being one of the Eight Dukes of Caldecott Hill which had its own hashtag in 2014. 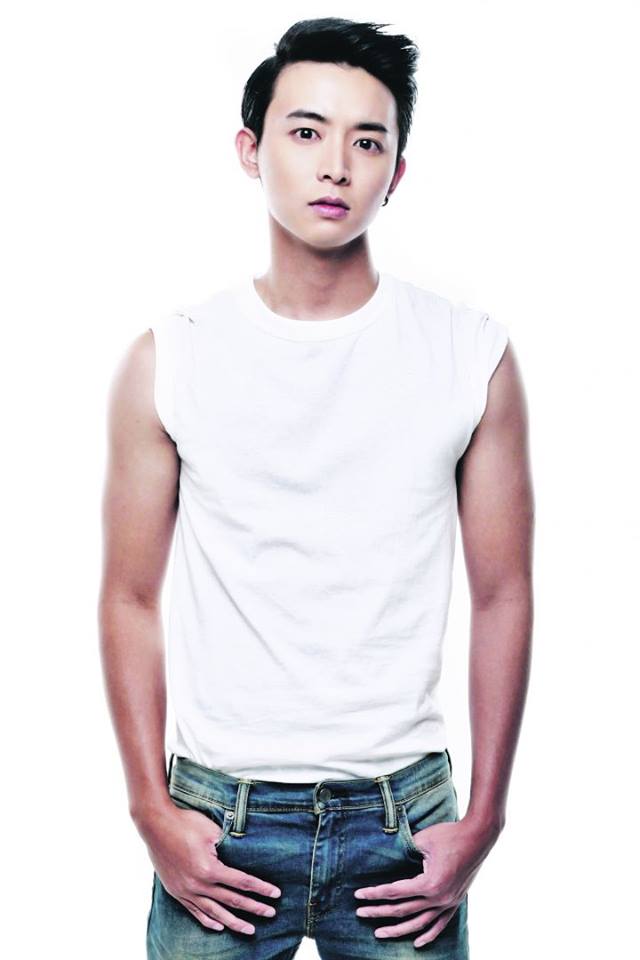 Along with seven other young actors like Shane Pow and Ian Fang, Aloysius was touted as one to watch at a time when many attractive male actors were emerging on the scene. He stayed humble in spite of the title, stating that he could still improve as an actor and isn’t as good-looking as the rest.

6. Has more projects lined up

The number of roles and nominations he has received are testimony to his talent and work ethic.

He has two upcoming projects in 2019 alone. Original Toggle series From Beijing to Moscow will premiere in June 2019. 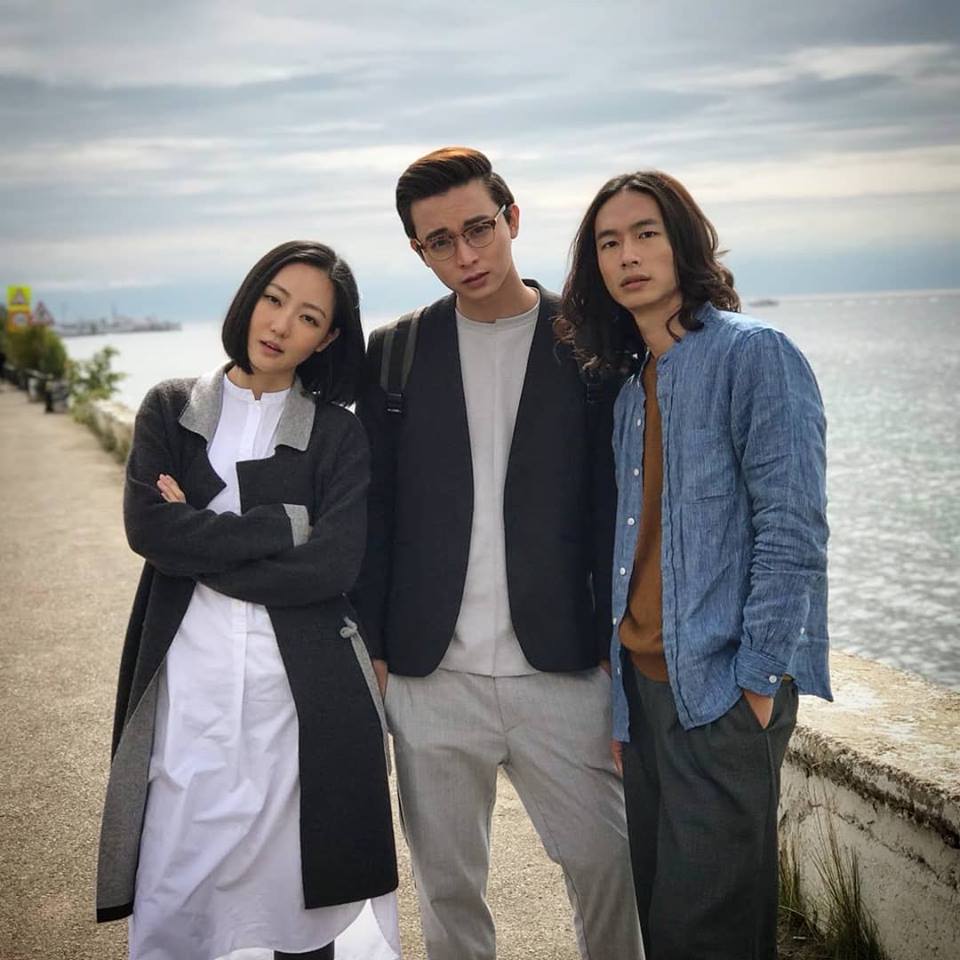 Aloysius was due to start shooting for Channel 8 romantic drama My One In A Million in Feb after Chinese New Year, but the role will be recast in light of his passing.

Despite his commitment to acting, Aloysius also channelled some time and energy into a business venture with his eldest brother, Jefferson.

After Aloysius parted ways with Mediacorp in 2017, they set up Kairos Green, offering “eco-friendly, low-maintenance solutions to Outdoor Decking.”

Their company uses Wood Plastic Composite (WPC) made from recycled materials like wood flour and thermoplastics to make outdoor flooring.

Aloysius once claimed himself to be quiet and a bit of a loner, which is hard to believe, seeing how close he is to many local celebrities.

Some of his co-stars have taken to Instagram to send him their well wishes.

Kimberly Chia who was his co-star in It Takes Two and Love At Cavenagh Bridge shared how everyone’s waiting for him to come home safely. 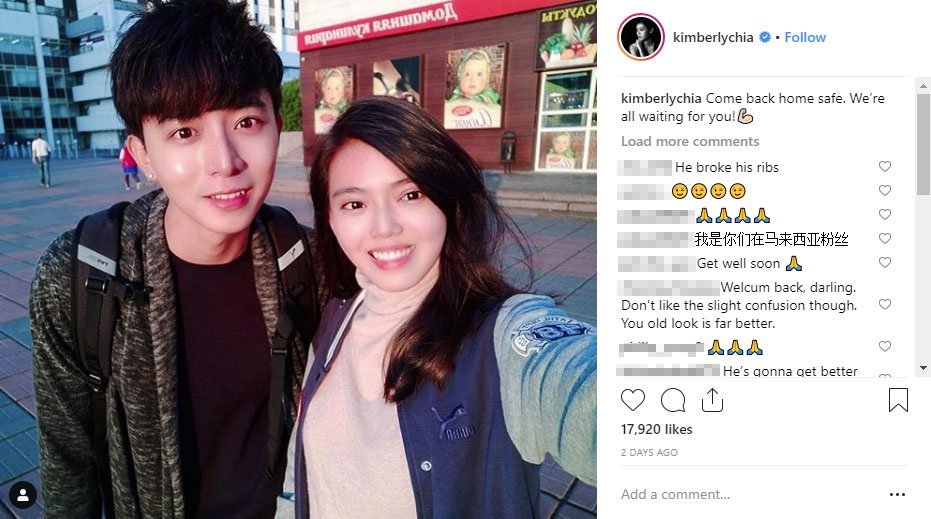 BFF Xu Bin, as well as Thomas Ong, who addresses him as “son”, echoed the sentiment. 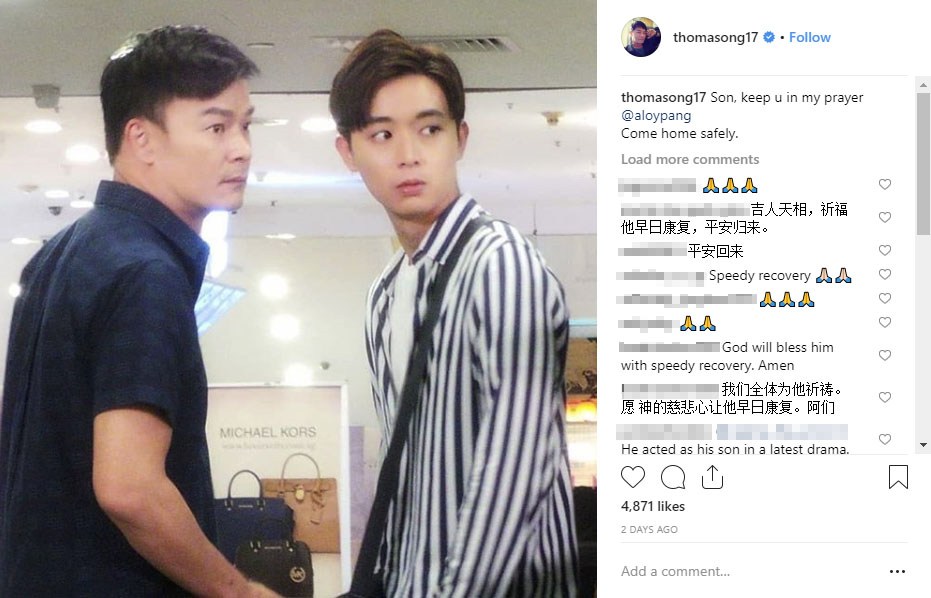 Manager Dasmond Koh sent Aloysius’ parents off at the airport and later flew to New Zealand himself to check on the actor’s condition.

Setting up a business with his brother was just a hint of how much he trusts his family.

Aloysius once mentioned in an interview that his goal is to protect his mum after she has protected him for so long. He also said that he would lie down in between his parents after work every night and talk to them about everything, calling them his emotional support pillars. 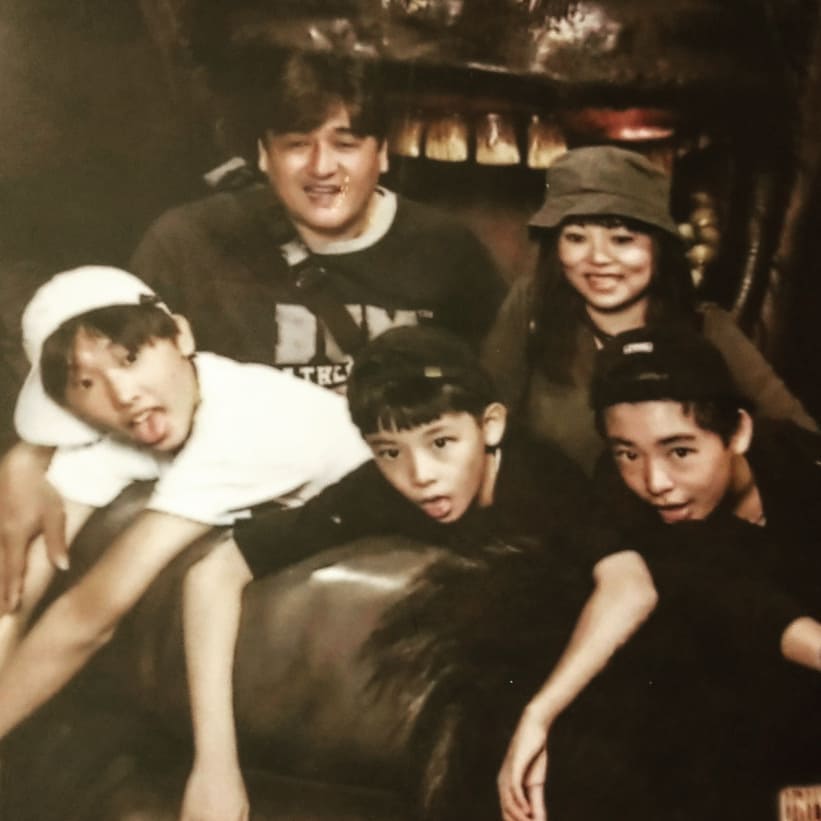 On the topic of marriage, the actor stated he only had plans to settle down after the prime age of 33.

But he already has hopes of marrying someone “stronger” because he is “too soft” and “cannot be strict” when it comes to disciplining children. 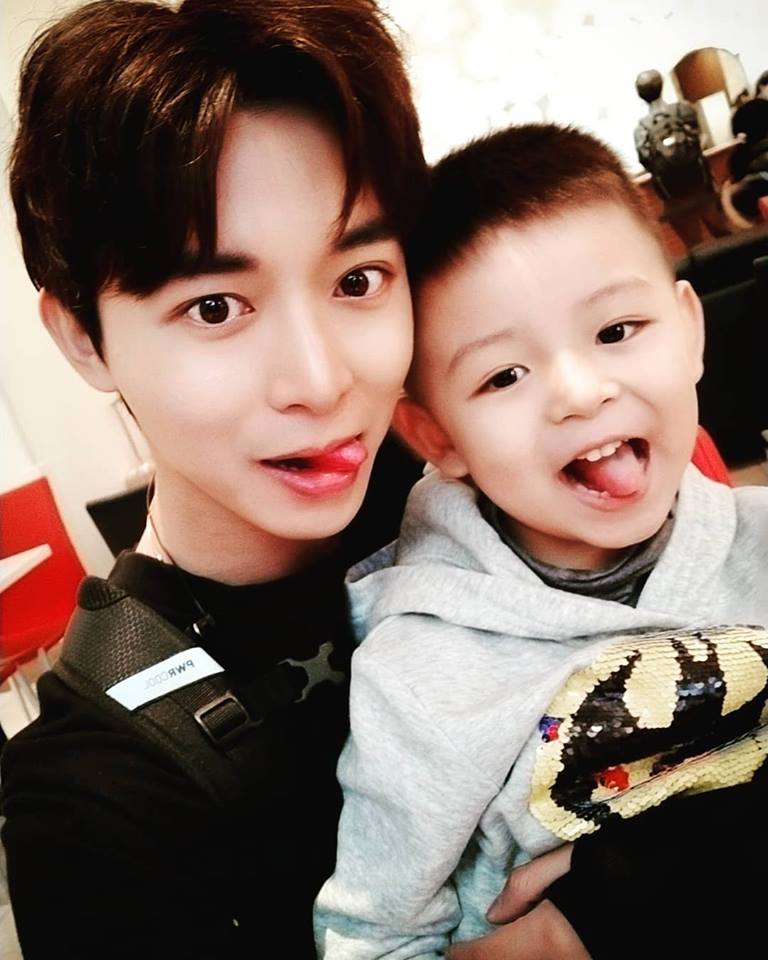 Aloysius has clearly made his mark in the local Chinese entertainment industry, and it’s a shame we didn’t get to see what else the bright young star could have brought to the table.

But his motivation to work hard and take every opportunity presented to him makes him a role model for all of us. Most importantly, we’ll remember him as a true Singaporean son.

In his final Instagram post, he announced that he would be dutifully serving our country and asked his fans to wait for his return (等我回来). 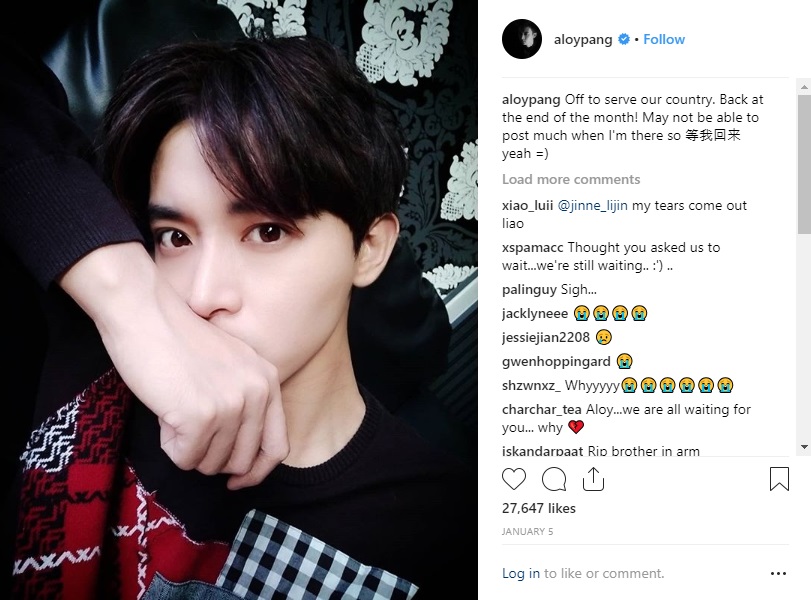 He was not just an actor, but an amazing human being who was well loved by everyone. Even with his passing, his star continues to shine bright, as he fought the good fight while serving our nation.

We know he’s in a better place now, and take heart in the fact that he’s no longer in pain. MS News offers our sincere condolences to his loved ones. The nation grieves with you.