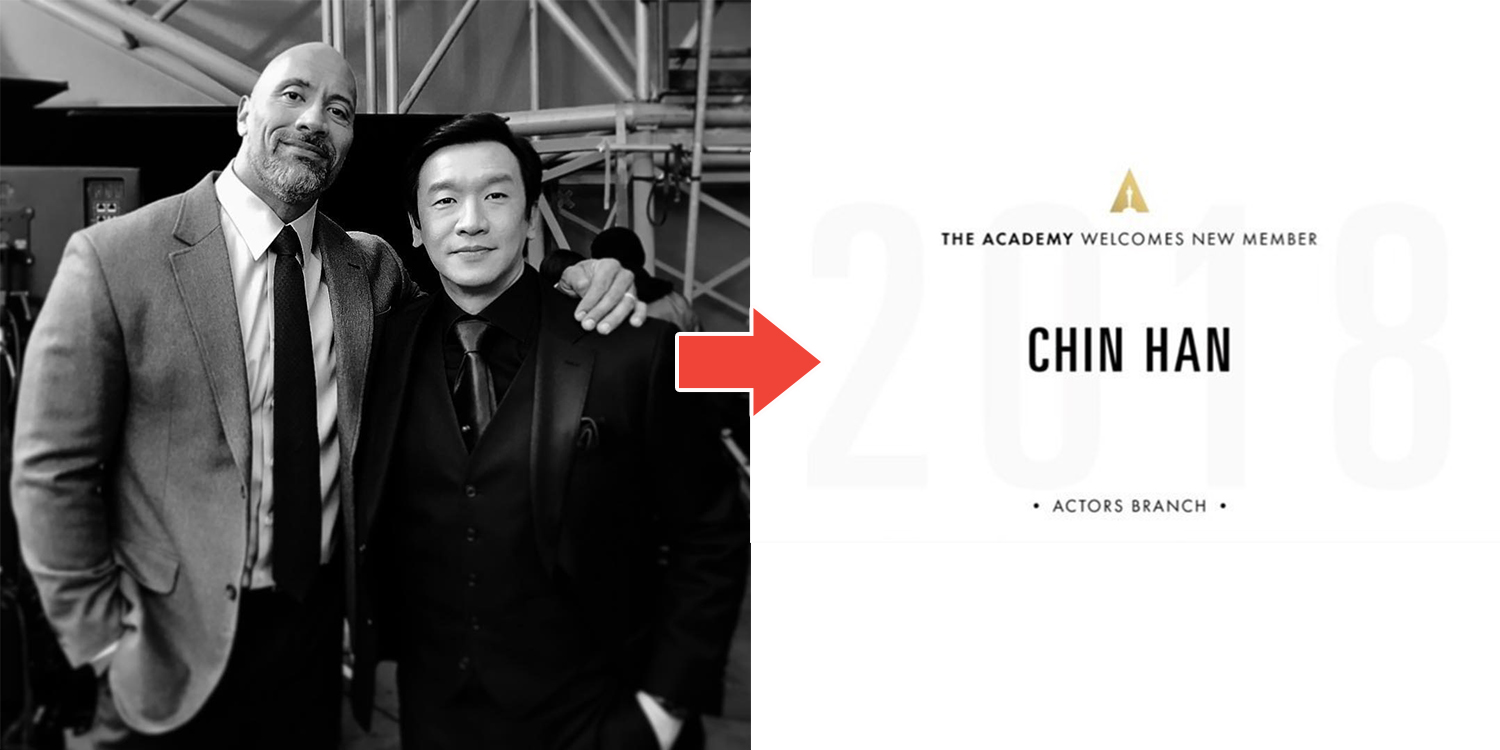 Can you name the Singaporean actor who’ll soon be sharing the silver screen with The Rock?

Yes, we’re talking about the movie Skyscraper — whose poster was hilariously psycho-analysed by scientists for its unrealistic trajectory.

Chin Han’s our man of the hour.

The 48-year-old Singaporean actor announced recently that he’s made the cut to join The Academy, along with local film director Tan Pin Pin.

Is this a big deal? Yeah, somewhat. 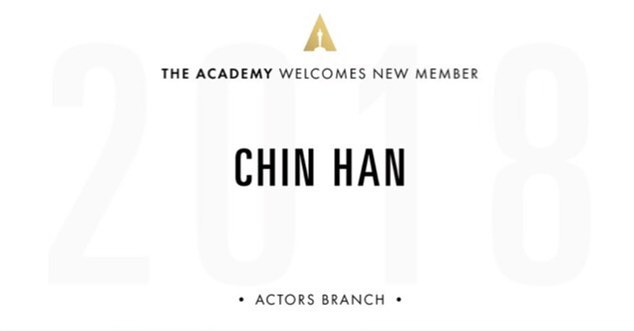 Although he hasn’t won an Oscar, he’s still the first Singaporean to make the list — which includes Asian industry veterans like Shah Rukh Khan (he’s a legend), Andy Lau (he’s also a legend) and Randall Park (Fresh Off The Boat).

Big-name actors who also made this year’s list include Daniel Kaluuya (Get Out), Daisy Ridley (Star Wars) and Taron Egerton (Kingsmen).

To be part of The Academy, the actor will have to demonstrate “exceptional achievement in the field of theatrical motion pictures”.

Kudos to Chin Han for reppin’ Singapore on the global stage.

2. Starring credits with The Rock

Chin Han will next star in an upcoming thriller, Skyscraper, alongside Dwayne Johnson.

The movie will follow an ex-FBI operative – played by The Rock – who finds himself framed for an attack on the most secure skyscraper in the world.

Chin Han will play Zhao Min Zhi, a security expert and mysterious owner of the tower.

Check out the nail-biting trailer below, which looks like Chin Han will get a few scene-stealing moments of his own, when it opens on 13 July in cinemas here.

3. Still waiting for a rom-com role

Chin Han spoke about being able to avoid token Asian roles in films, saying it was about being at the “right place at the right time”.

He only accepted roles that offered something a little different. 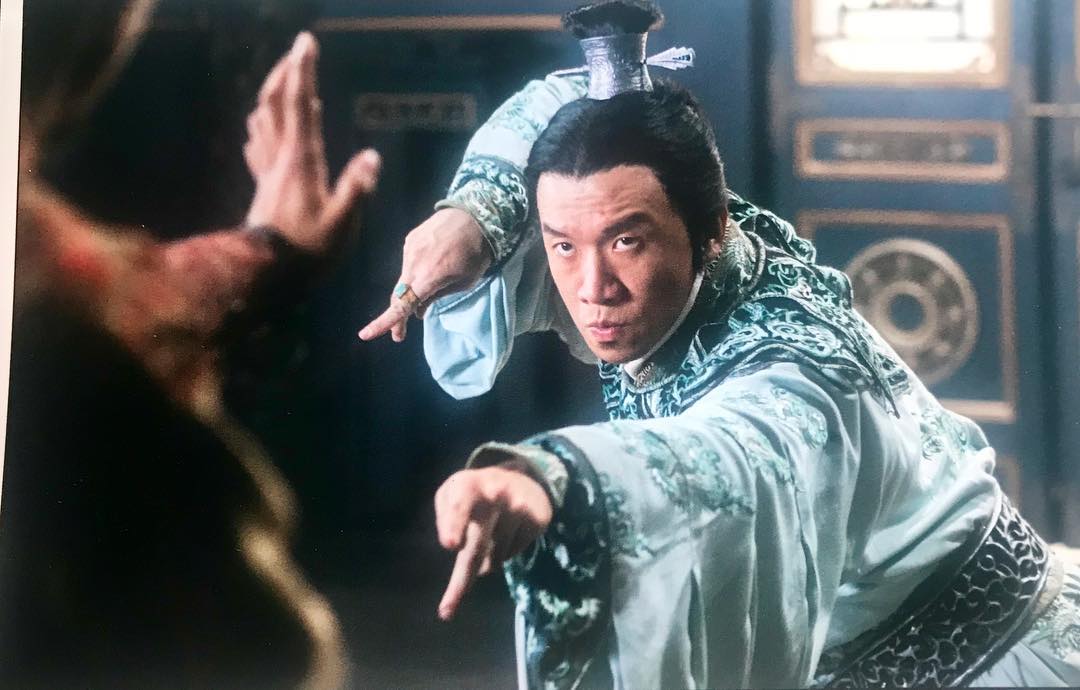 He’s played an accountant (The Dark Knight), a virologist (Contagion), a councilman (Captain America: The Winter Soldier) and most recently, a ruthless chancellor in Marco Polo, a critically acclaimed Netflix series.

Of course, he’s still on the look out for a more comedic role, since he’s been trying out various serious occupations over the years.

Chin Han may not be a household name in Singapore, as compared to local Mediacorp starlets.

5. Trains as hard as during NS for his roles

In his role for Ghost In The Shell, headlined by Scarlett Johansson, he spoke about having to go through intensive physical training for his role.

Joking that it was,

Very intense and challenging — we had to go through physical conditioning, military and special operations training, and learn to use weapons…it has been a while since I did NS.

6. Starred in local dramas back in the day

Back in the 90s, when Mediacorp was still known as TCS, Chin Han starred in a local English drama that he probably wants most of us to forget.

Masters of the Sea saw Chin Han playing the grandson of a fearsome matriarch, Margaret Chan.

Though it wasn’t a great start to his career, with the drama panned by critics, it’s still considered a TCS classic today.

Like most Asian actors, Chin Han is fluent in the martial arts.

Having taken on the villainous role of Chanceller Jia Sidao in Marco Polo (2014), he trained in mantis-style kungfu for 5 months with a stunt team.

This was on top of Tai Chi training in his youth, and dance training for his acting career.

8. Grew a mullet for a role 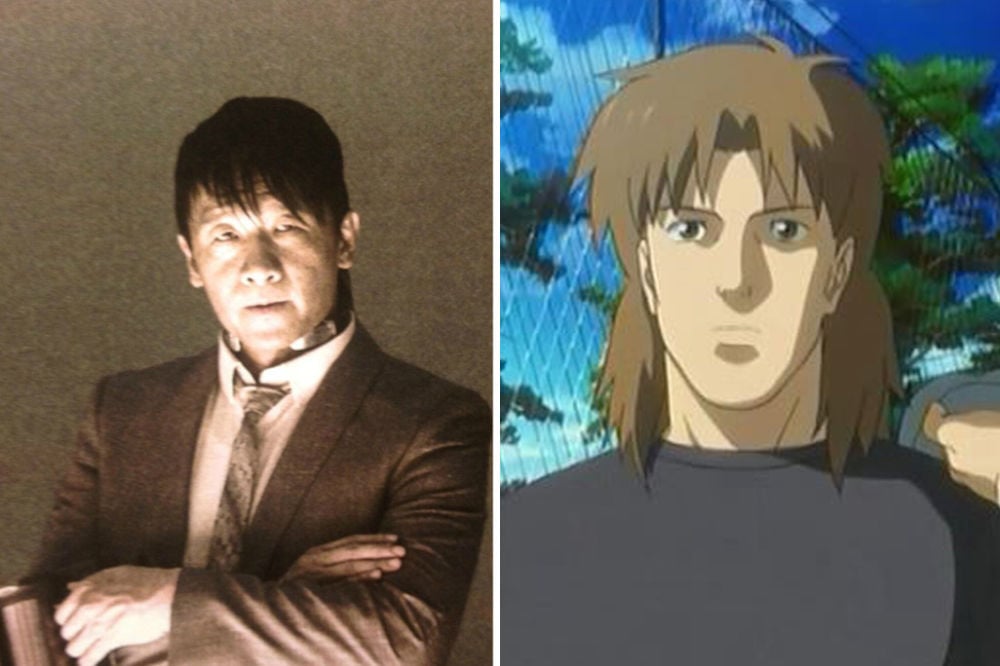 Actors often reinvent their images to fit right into roles they are cast by.

Chin Han took his role as Togusa in Ghost In The Shell to the next level. He grew a mullet hairstyle of his own accord, to resemble his anime character.

Talk about dedication to his craft. Beijing 101, if you’re reading, this is a guy you should consider sponsoring. A brief scroll through Instagram will reveal that Chin Han loves his puppers and frequently posts about them.

10. Pals with Wong from The Avengers

What do we have to do to pal around with Doctor Strange’s trusted ally Wong?

There seems to be a little bromance going on between the two Asian actors doing us proud in Hollywood. 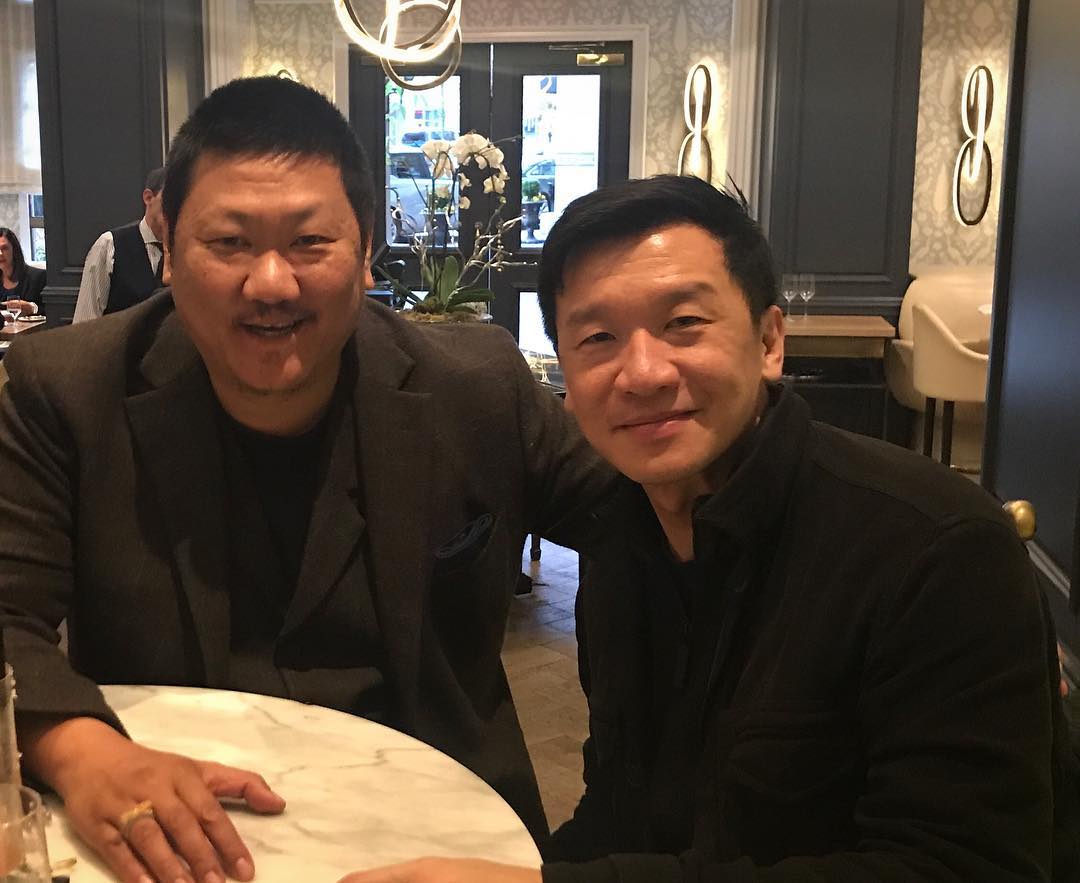 With the recent Trump-Kim summit and Crazy Rich Asians movie shining the spotlight on Singapore, especially on the global stage.

Will be able to expect more success stories like Chin Han?

Let us know if there are other local actors who’ve made it big abroad that you’ll like us to cover.