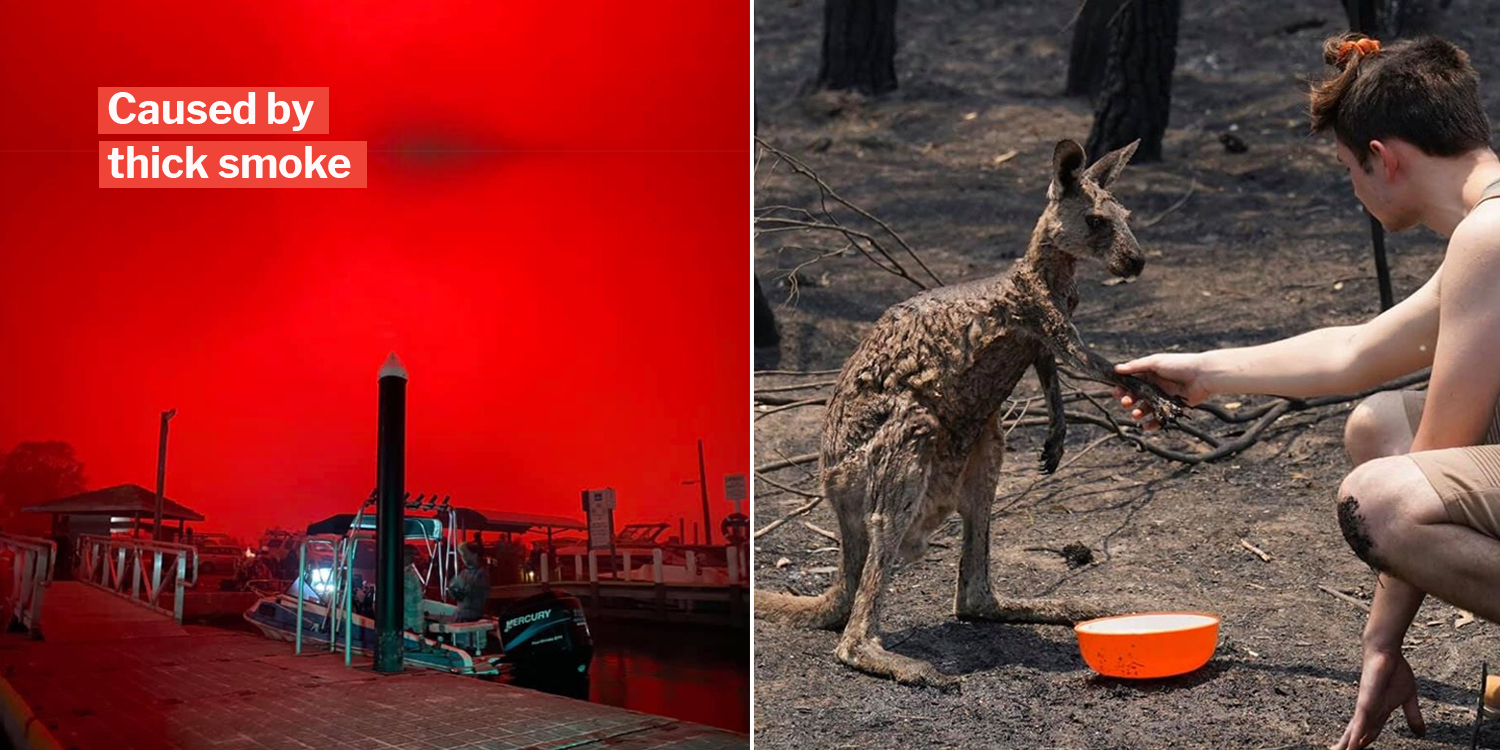 Nightmarish Red Skies Due To Excessive Smoke From Australian Fires

The Australian fires seem to show no sign of stopping. They have spread all along the coast in New South Wales and Victoria. In a small town in Victoria called Mallacoota, things are grim. The smoke from the fires blew over and was so thick that it tinted the sky a hellish red. This may be familiar to those who saw the skies in Indonesia when the forest fires happened there earlier last year.

About 5,000 people were stranded on the shoreline of the town on 31 Dec according to this Facebook page.

Dry wood sometimes catches fire due to the heat. Some residents reported hearing a large explosion that day, possibly due to a gas cannister explosion.

Firefighters and medics were onsite to make sure that the residents were all safe. Because of the thick smoke, many had difficulty breathing.

Across the lake, residents could see the fire rage on in the distance.

About 480 million animals killed since Sep 2019

According to Phys.org, a University of Sydney study estimated that about 480 million animals have been killed in New South Wales since Sep 2019 because of the bushfires.

Warning: some readers may find the pictures below disturbing. 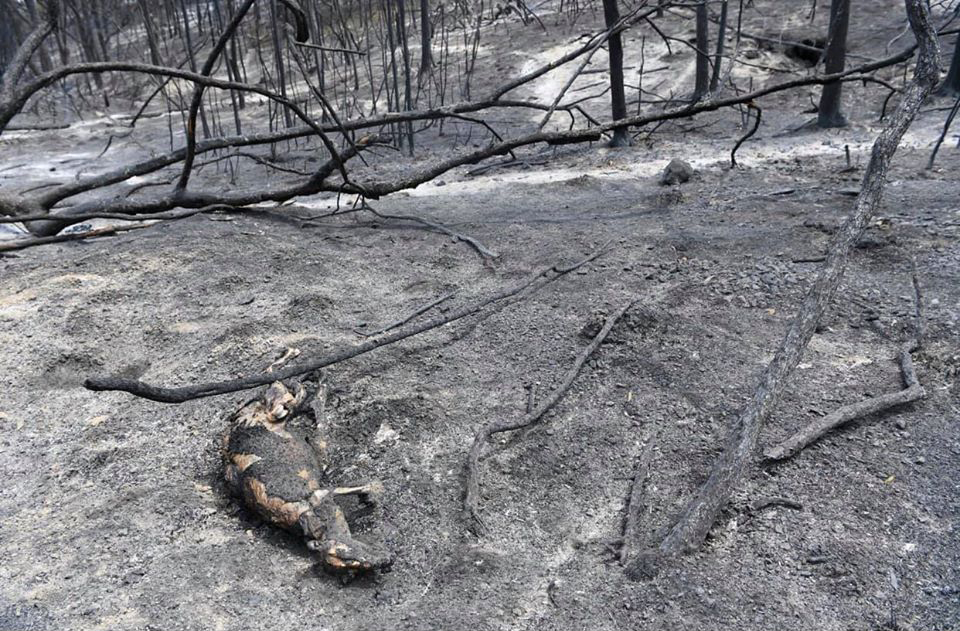 All of the animals that burned either could not escape the fire in time or had nowhere else to go. The sight of their corpses is surely a horrific one.

Even those that managed to survive usually suffered burns and are severely dehydrated. UK’s Metro reported on a kangaroo which came to a boy for help, begging for water. 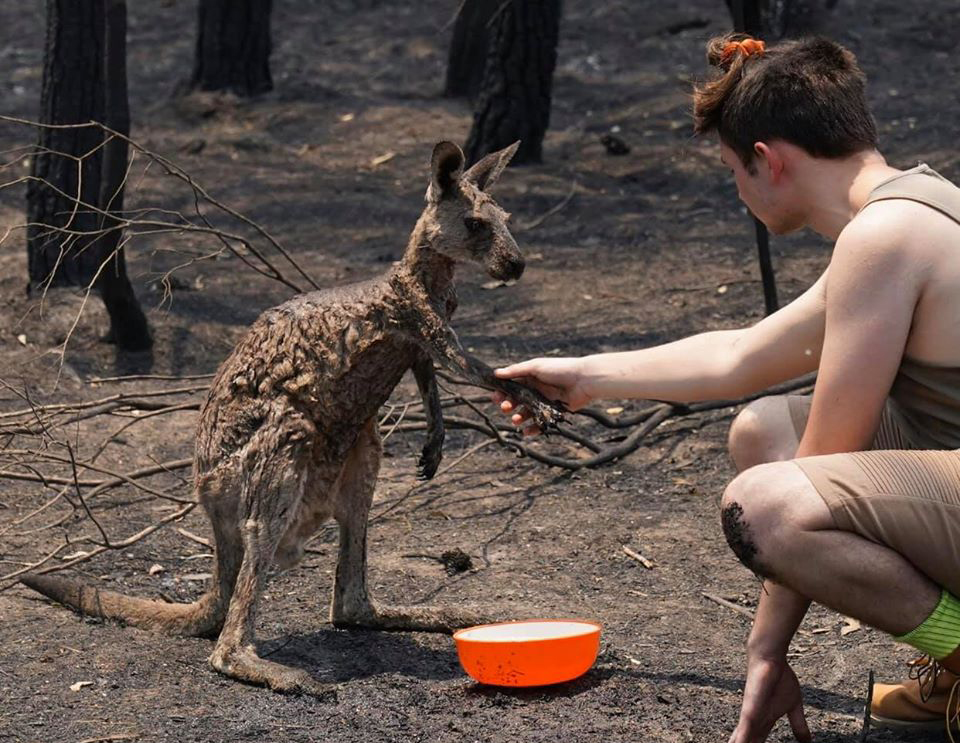 The boy immediately fetched a garden pail and poured the water over the poor joey. 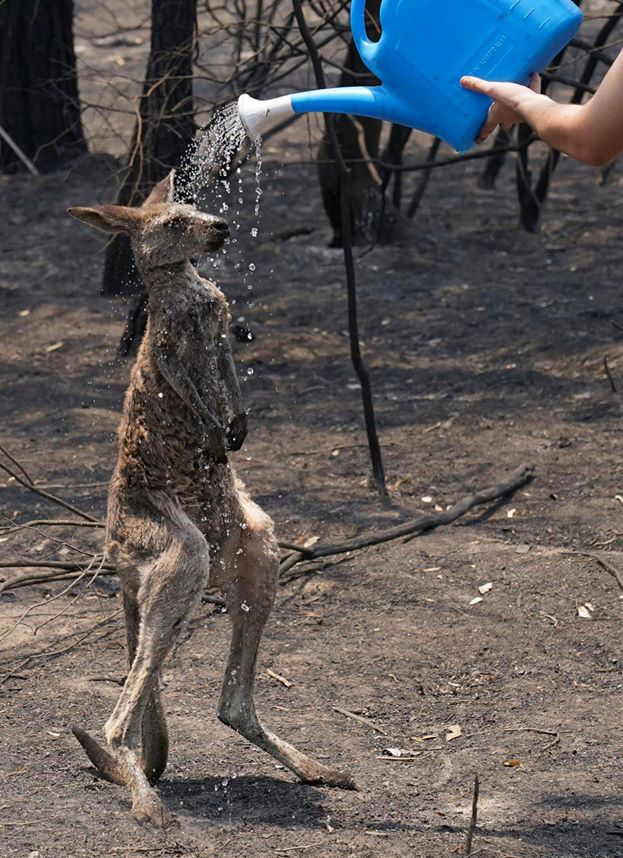 According to a CNA report, the fire has now consumed about 60,000 sq km of land, which is roughly 80 times the size of Singapore.

Since Sep last year, 23 people have died and more than 1,500 homes have been damaged.

Firefighters are doing their best to contain the fires and the country has even mobilised up to 3,000 military reservists to help with containment and rescue efforts.

This is truly a tragedy and we hope that all residents in Australia will remain safe till the fires are suppressed. If you wish to help, you can visit this article for more information.