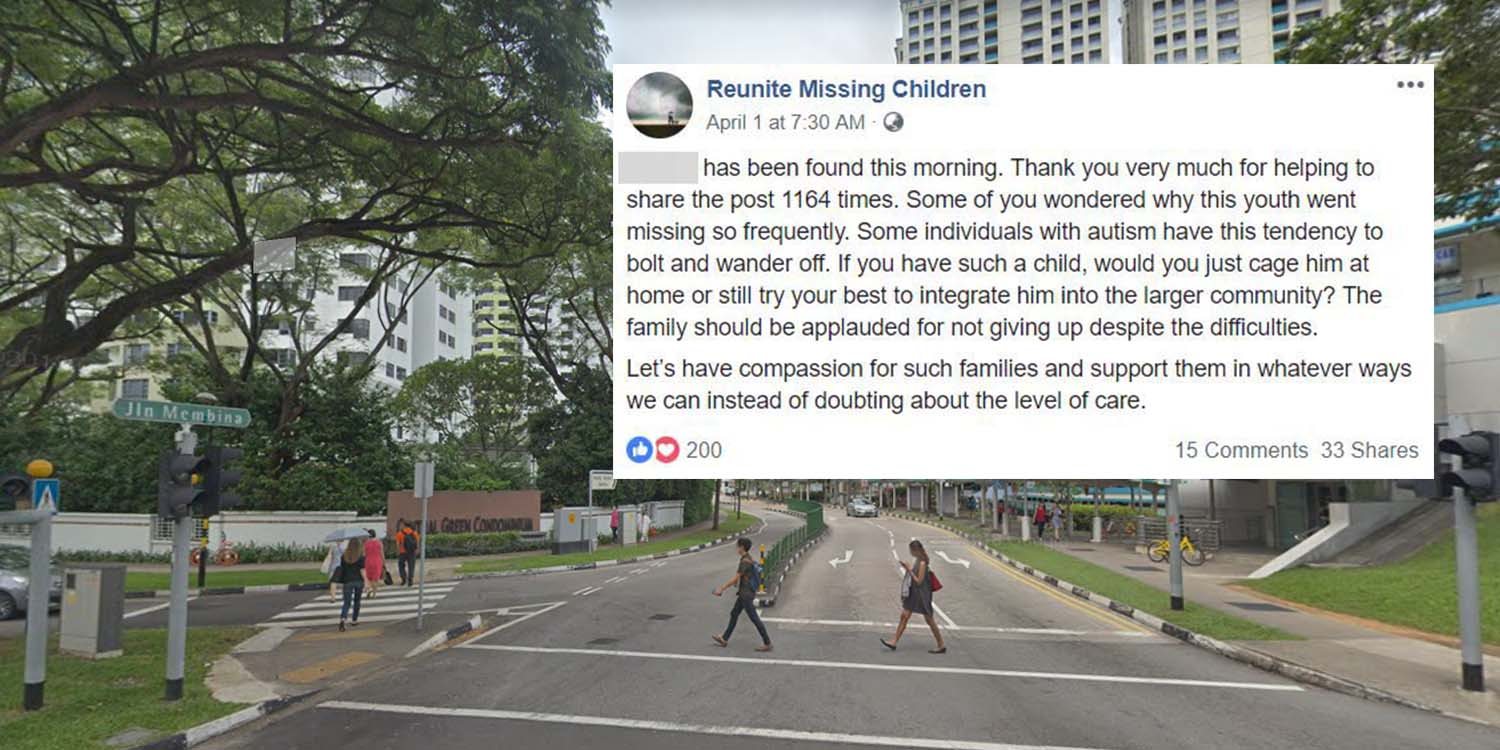 Kudos to everyone who cares for children with special needs.

Children on the autism spectrum require special care, but that doesn’t mean they are unable to behave autonomously.

A recent case of a young teen going missing for the 5th time in 4 months has brought greater awareness to a condition some of our children face in Singapore. 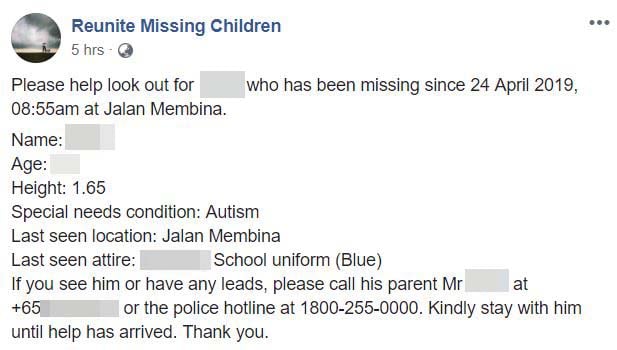 With the combined efforts of concerned netizens & parents of ‘Reunite Missing Children’ – a local Facebook group – and police authorities, he was found within 5 hours of the viral post on 24 Apr. 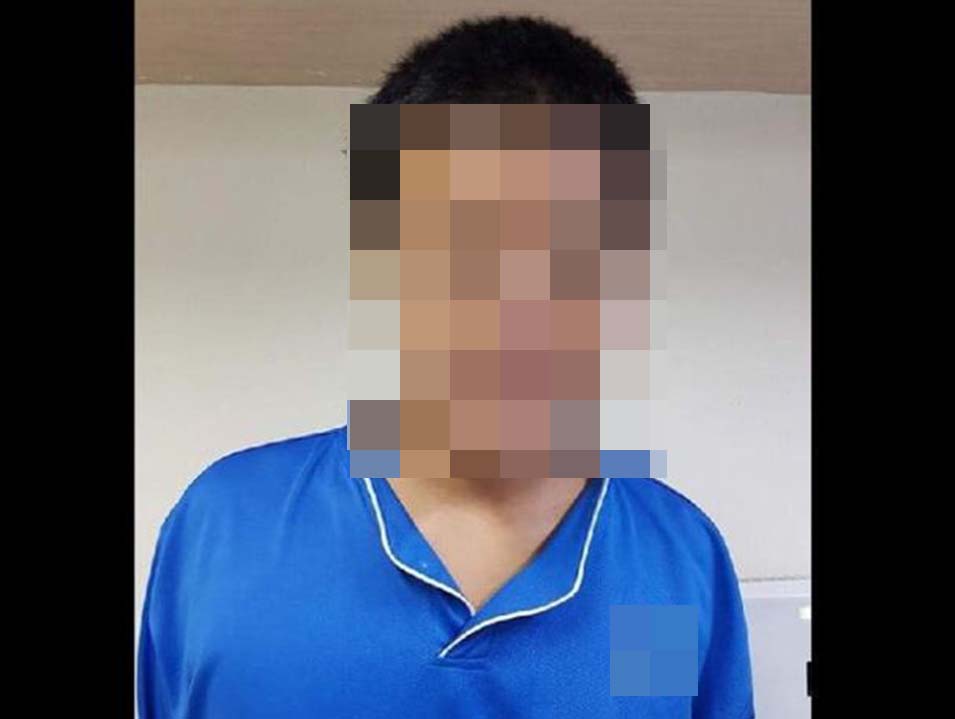 But the incident shed light on the difficulties that parents face in ensuring that their children with special needs remain safe — proving that greater societal understanding could help make Singapore a more inclusive place for all.

A young Singaporean teen with autism went missing at around 9am on Monday (24 Apr), in the vicinity of Jalan Membina.

He was last seen in a blue school uniform and sharers of the post were advised to call the police hotline if they saw him.

They were also asked to “stay with him until help has arrived”.

Within 5 hours of the original post – which received 970 shares – the Facebook page informed its followers that he has thankfully been located.

However, a quick scroll down the page revealed that the same teen had gone missing at least 4 times since Jan 2019. 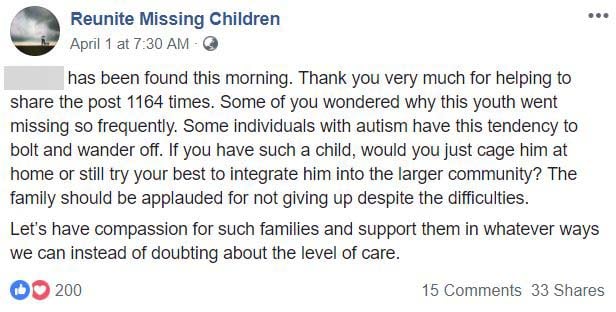 To be specific, he went missing on 21 Jan, 17 Mar, 21 Mar and 1 Apr in other parts of Singapore as well. Thankfully, he was found unharmed every time, mostly within the same day.

However, some were quick to jump to the conclusion that he wasn’t receiving ample care, resulting in the repeated runaways.

A closer look at the posts reveal that there’s more to the story.

The boy was given a tracker, but somehow managed to remove it. Also, the admins shared that some youth – presumably like this teen – have the “tendency to bolt and wander off”.

They also called for greater understanding within the community in assisting with these cases.

Other parents who have contributed to finding the youth, shared methods for their own children.

This family used a door alarm on their front door, to notify them when their child left the house.

Others used a fabric stamper with their house address on the clothes of their kids. However, the netizen believes a “GPS watch/tracker” is still a better choice.

Finally, some pointed out that using sew-on tracking devices that were waterproof, could help locate the child more quickly with a handphone app.

PSA on how to deal with lost kids

The admins of the page posted helpful advice for Singaporeans who spot children with special needs who seem lost.

They share that a typical child is likely to “keep himself safe”, and understand how to “seek help” or “provide basic information about himself”.

Someone with autism, may not be able to do the same. They make also lack awareness to “danger” if they are drawn to specific target like water or a familiar vehicle like a bus or train.

As time is of the essence during the search, it is imperative that members of the public help keep a lookout for the child to provide leads as he could be “constantly on the move”.

Finally, do follow these 3 simple steps if you spot a child or teenager who is alone and looks lost:

A more inclusive society for all

The climate of the online social media sphere can lead us to jump to conclusions sometimes, especially when we’re worried about a missing child.

But members of ‘Reunite Missing Children’ on Facebook have proved unequivocally that our priority should always be the safety of our children.

If that means banding together as a society to be more understanding to the plight of children with special needs – as well as their loving parents – that is exactly what we need to do.

Kudos to all parents, teachers & healthcare professionals who care for children with special needs. Your patience and dedication inspire us all.