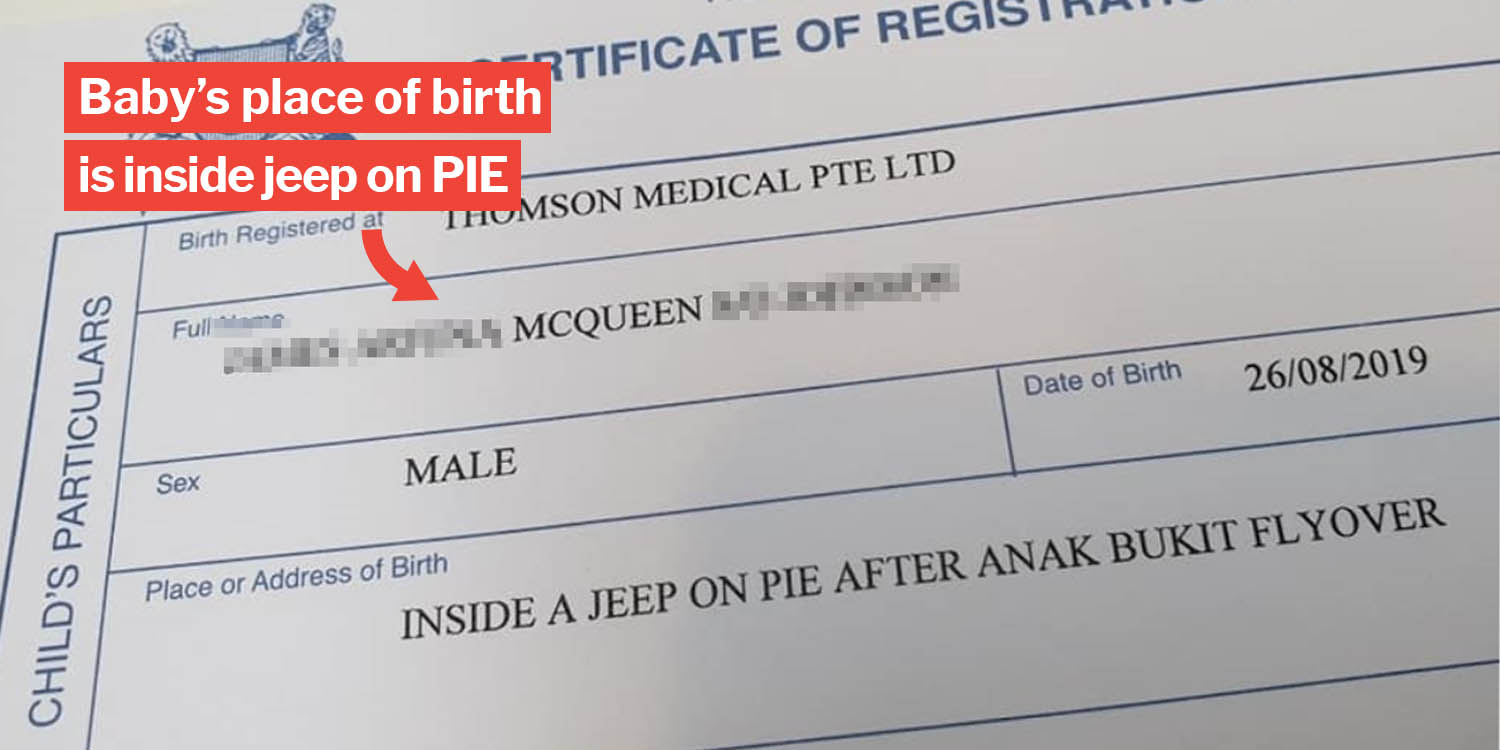 What an exciting way to enter this world.

Getting stomach ache on the highway is one thing, but imagine giving birth.

When a Singaporean mum, known as Ms Sindhu, was pregnant with her second child, she couldn’t possibly have known she would deliver her son in a jeep on the PIE after Anak Bukit Flyover.

She shares her experience of giving birth to McQueen 6 months ago in a lighthearted Facebook post on Wednesday (26 Feb). We summarise her story after the jump.

On 26 Aug 2019, Ms Sindhu was doing some housework in the wee hours of the morning. Deciding to go to bed after she was done, she squatted to give her dog a kiss goodnight.

When she stood up, she knew something was wrong. She details in the post,

I could feel I ruptured something in me.

Then, her contractions started, and the time between each rapidly fell to a few minutes apart.

15 minutes later she woke her husband up, marginally murderous when he didn’t seem to understand the urgency of the situation. Within 10 minutes, they were in the family jeep on the way to the hospital.

Mentally, Ms Sindhu lamented the choice of vehicle. As a pregnant woman, climbing into the high vehicle proved to be a challenge, and she felt her water bag break as she got in.

Having experienced pregnancy before – this being her second child – she knew deep down that the baby would be delivered in the car. However, she kept mum as she didn’t want to panic her husband.

Instead, she lined the seat with a shawl she had and tried to delay the delivery. It proved not possible as she felt intense crowning despite trying not to “push”.

Ended up giving birth to baby on PIE

Then, her motherhood instincts kicked in.

For the next and following contraction I had to trust my gut and push and there he came, after 2 pushes.

And that’s basically how a Singaporean son came into this world, with his birth cert detailing “inside a jeep on PIE” as his birth location. In Ms Sindhu’s post, she joked that her newborn baby looked like a ninja turtle. 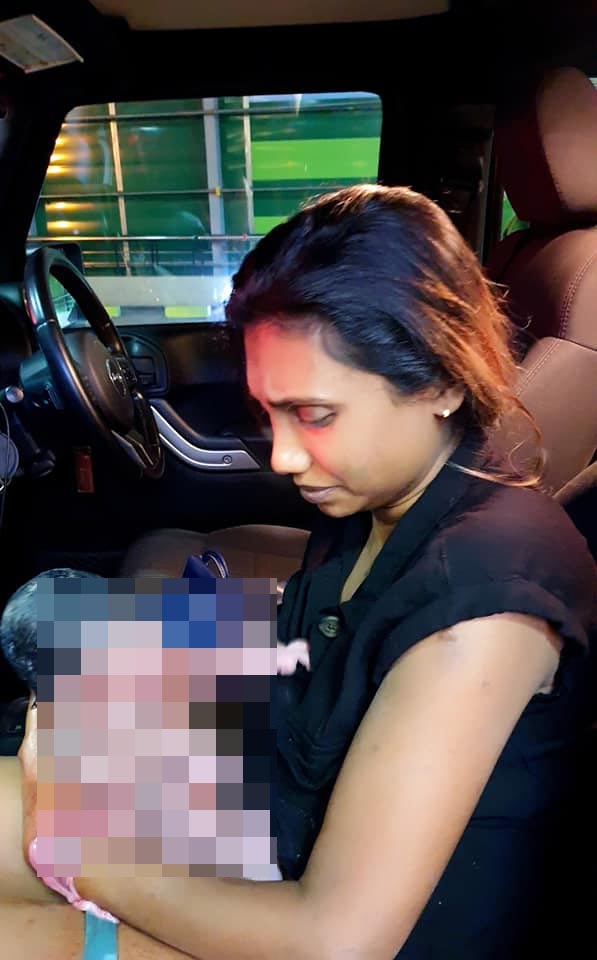 Her baby didn’t cry at first, but upon hearing his drama mama’s cries, he started wailing not long after.

Red carpet arrival at the hospital

20 minutes after Ms Sindhu delivered her baby, the family made it to the hospital with a “full entourage of midwives, nurses and security officers to welcome them. She jokes that the only thing missing was the F1 grid girls.

Her husband, affectionately dubbed “Daddy J”, cut the umbilical cord at the entrance of the hospital.

Baby James Arjuna McQueen was born 1 day before the expected delivery date and the total pain time experienced by Ms Sindhu was only 52 minutes. 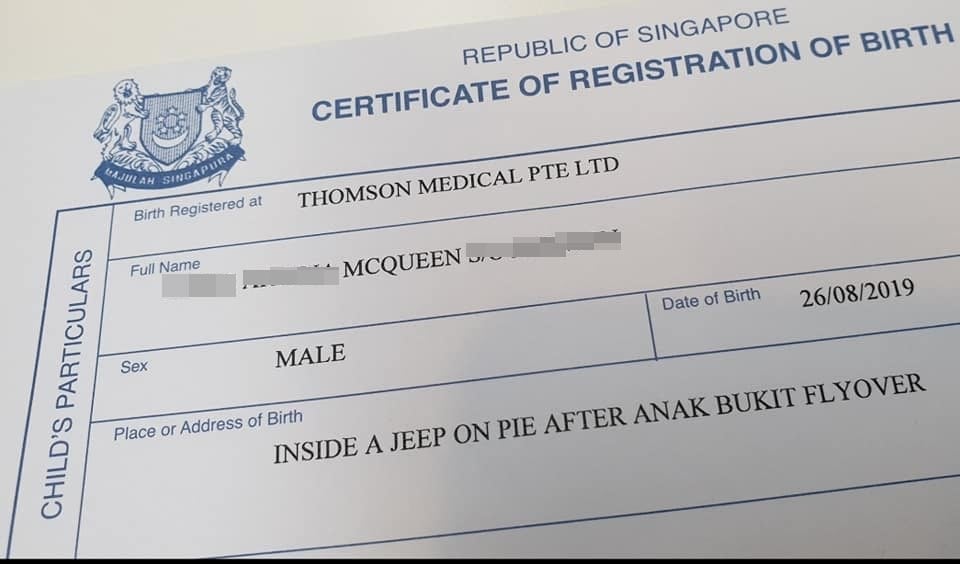 He wasn’t named McQueen after being born on the highway though, but because Daddy J is a fan of Steve McQueen.

Crediting good karma & her dog for the safe delivery

At the end of her post, Ms Sindhu good-naturedly shared some secrets to her safe delivery.

She credits good karma from adopting her dog and shares some advice to bolster physical, emotional and mental wellbeing.

Given the unexpected delivery, it is a relief to know that both mother and son are doing fine. MS News wishes McQueen, a very happy 6 months old.