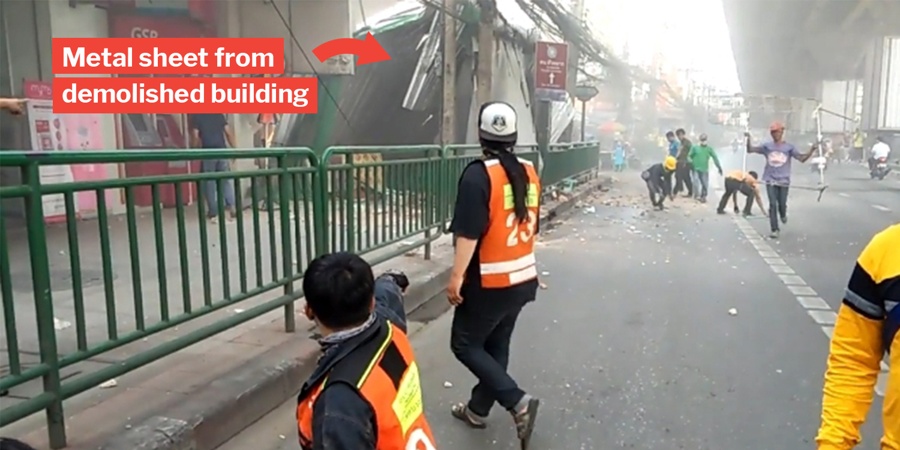 Taking a leisurely jaunt along the streets of Bangkok may be something that many Singaporeans are familiar with.

But things took a truly shocking turn for the commuters at this particular Soi in Bangkok on Monday (7 Jan).

A viral Facebook video – which has garnered close to 40k shares in just 6 hours – depicts the lead-up to a horrific accident.

Our readers are advised to exercise caution when viewing the video, blood is clearly visible at certain junctures.

The 3-min clip begins with many commuters walking hastily away from the site of the accident. 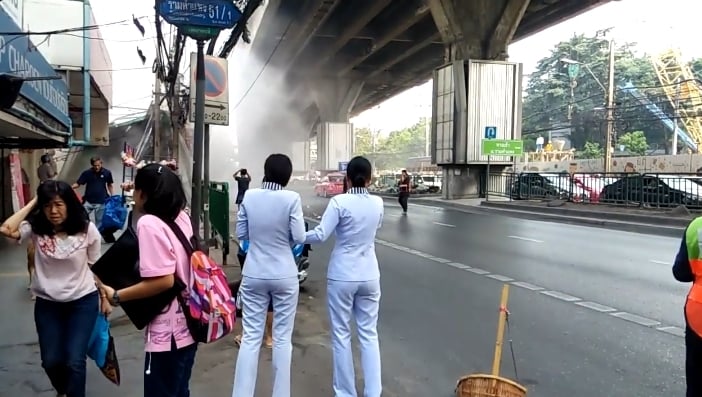 A lady is seen clutching her bloodied head wound with her hands, before passersby stop to assist her. She later crouches in the corner of a nearby building as she receives assistance. 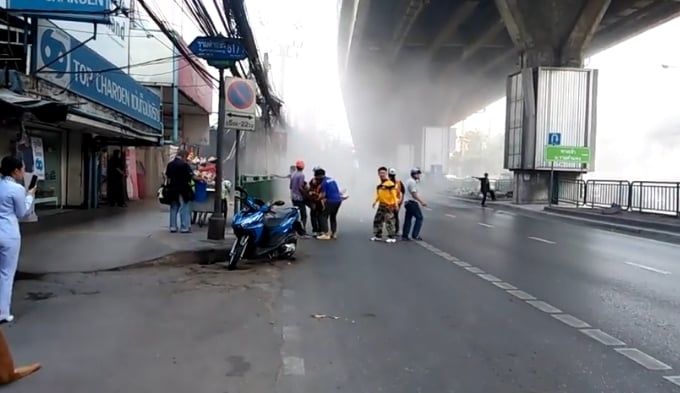 From the comments, we can glean that a metal sheet collapsed from the building overhead to the ground below, injuring a number of people in the vicinity.

Sparks can also be seen in the aftermath of the crash, as brave Thai citizens rush to help the wounded. 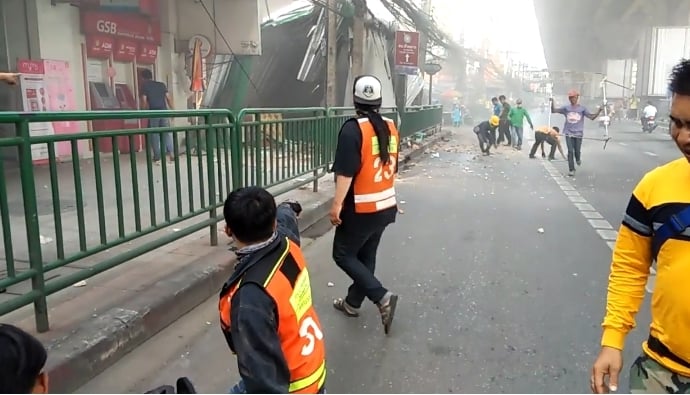 We can also make out confused shouts, as people near the camera try to make sense of the situation.

At least one more person was seriously injured in the incident — she lay down on the pavement, unconscious. Accident near a university

According to a government PSA, the crash was caused by a metal sheet that collapsed onto as the building was undergoing demolition. Two women aged 54 years old and 23 years old were reportedly injured in the accident.

Our hearts go out to the victims of the unfortunate incident, and we hope that they recover from their injuries soon.