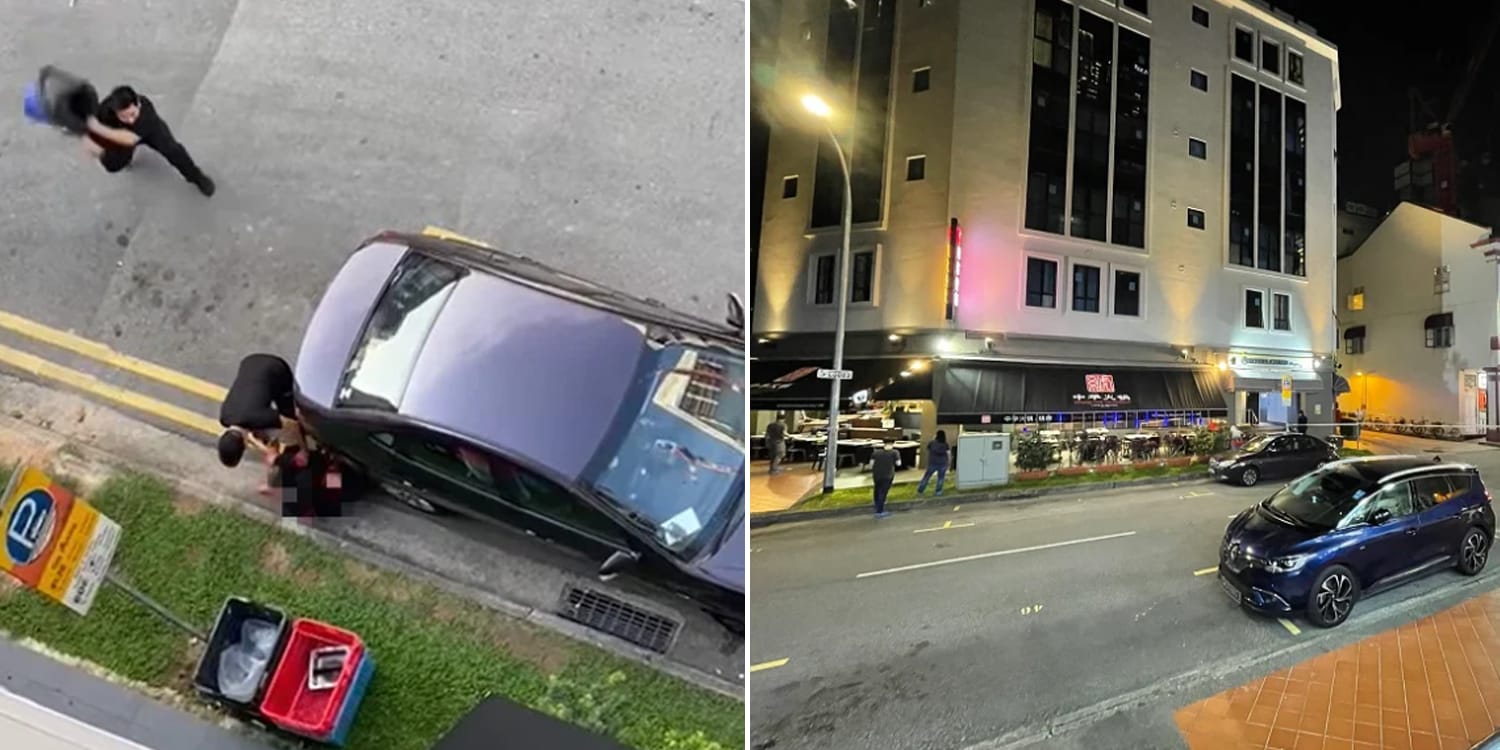 He will return to court on 6 May.

A few days ago, Singaporeans watched in horror as viral videos of a violent assault surfaced, showing a man armed with a chopper attacking a woman repeatedly in broad daylight.

The incident occurred at Liang Seah Street on Thursday (14 Apr), compelling witnesses to hurl objects to stop the perpetrator from harming the victim further.

Police arrested him swiftly, and he will soon have to face the consequences of his actions.

On Saturday (16 Apr), Mr Cheng Guoyuan, 46, was charged with the attempted murder of a 41-year-old woman. 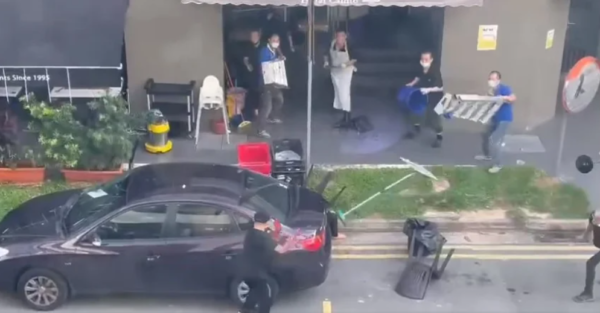 He is currently being remanded for psychiatric assessment.

Man with chopper at Beach Road appeared in court via video

According to The Straits Times (ST), the Chinese national was in his hospital bed at Tan Tock Seng Hospital (TTSH) when he appeared in court via a video link under supervision after being operated on for an injury.

He was silent during the hearing, only nodding when questioned by the judge.

Mr Cheng reportedly cut his wrists and neck with the chopper during the attack.

He will be remanded for psychiatric assessment upon discharge from the hospital and return to court on 6 May.

Media outlets reported that the victim was the suspect’s ex-wife, and they have a son and a daughter.

According to 8world News, the woman’s life was not in danger, but she would have to undergo surgery.

Chong Qing (Origin) Steamboat, where the woman works, has contacted the victim’s family in China, but it was not known if they would drop by for a visit.

An employee, known only as Mr Chen, 41, said the steamboat eatery suffered a drop in business after the incident, as did other restaurants in the vicinity.

He also revealed that emotionally affected staff had requested to take leave to recover. The restaurant will also be offering psychological assistance to employees who need it.

During the attack, about 10 workers from the restaurants nearby tried to help the victim by throwing plastic chairs and nearby objects at Mr Cheng.

He was eventually tasered by the police and arrested. Both Mr Cheng and the woman, who suffered multiple injuries but was still conscious, were conveyed to TTSH.

We all have to bear responsibility for what we do, regardless of what sparked them off. An action may only last a few minutes yet have a lasting impact on those we inflict it on.

We are glad the woman’s life is not in danger and heartened that the workers in the area at the time banded together to help the woman in whatever ways they could.