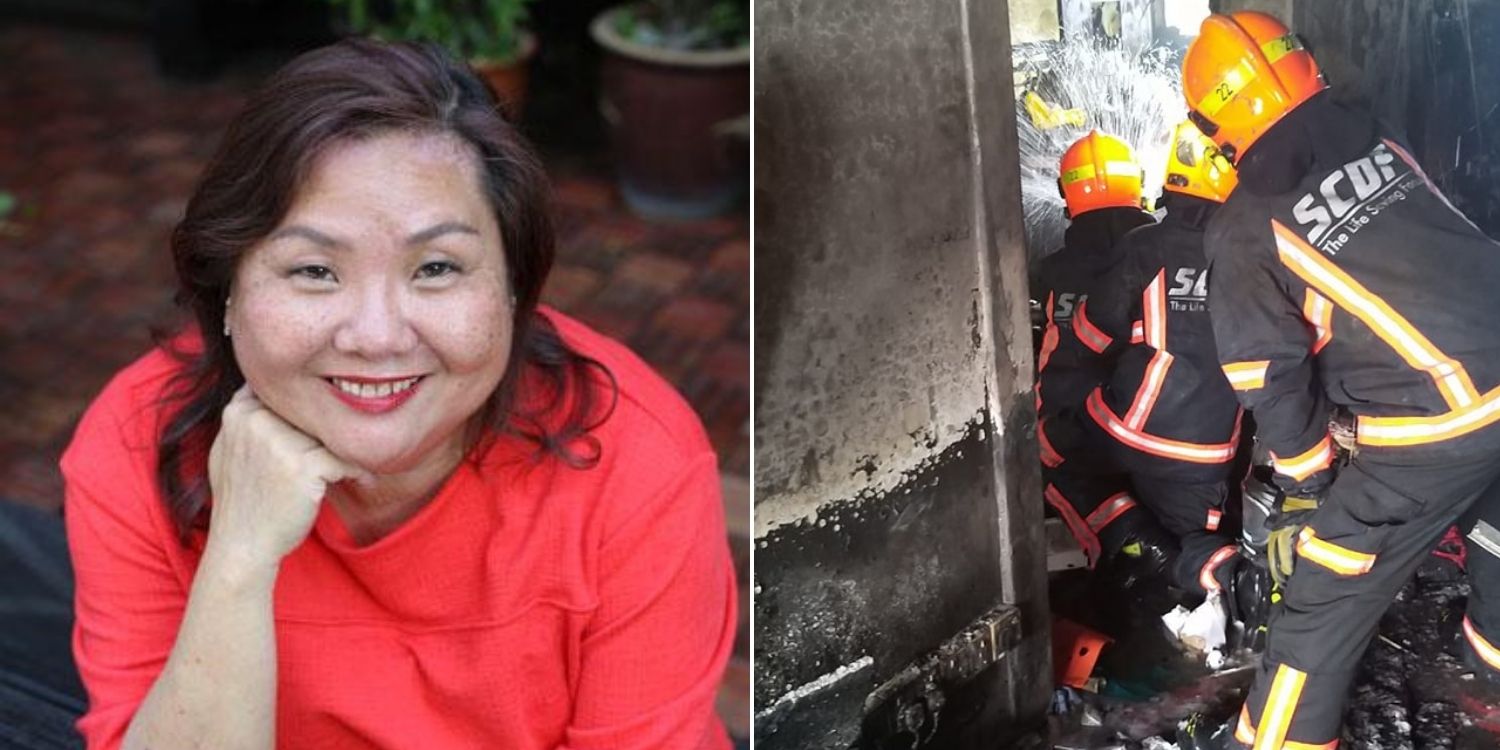 Her partner was seen in tears at the void deck after the fire.

On Friday (13 May), news sunk in that three people had sadly perished in a fire that raged in a Bedok North flat.

One of them was a 56-year-old woman, who owned the flat.

It’s now been revealed that she’d been fighting cancer, but remained positive and bubbly despite the ordeal. 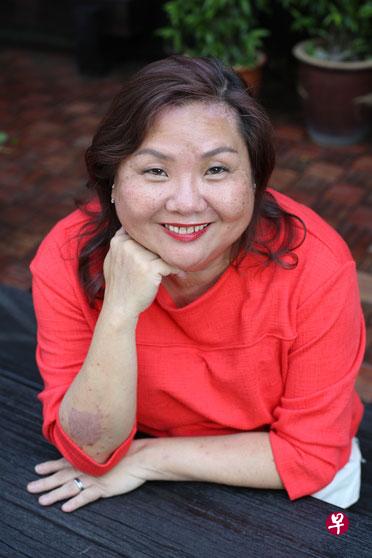 She was also an actress who appeared in a few local films.

The deceased, Ms Aileen Chan, lived in the Bedok unit with her partner, reported Lianhe Zaobao.

The couple had been together for more than 10 years and moved into the flat close to 10 years ago, a male relative told the paper.

Her cousin, Pearl, also lives just next door to them.

On that fateful day, the fire spread to Pearl’s unit, causing the door to be stuck. 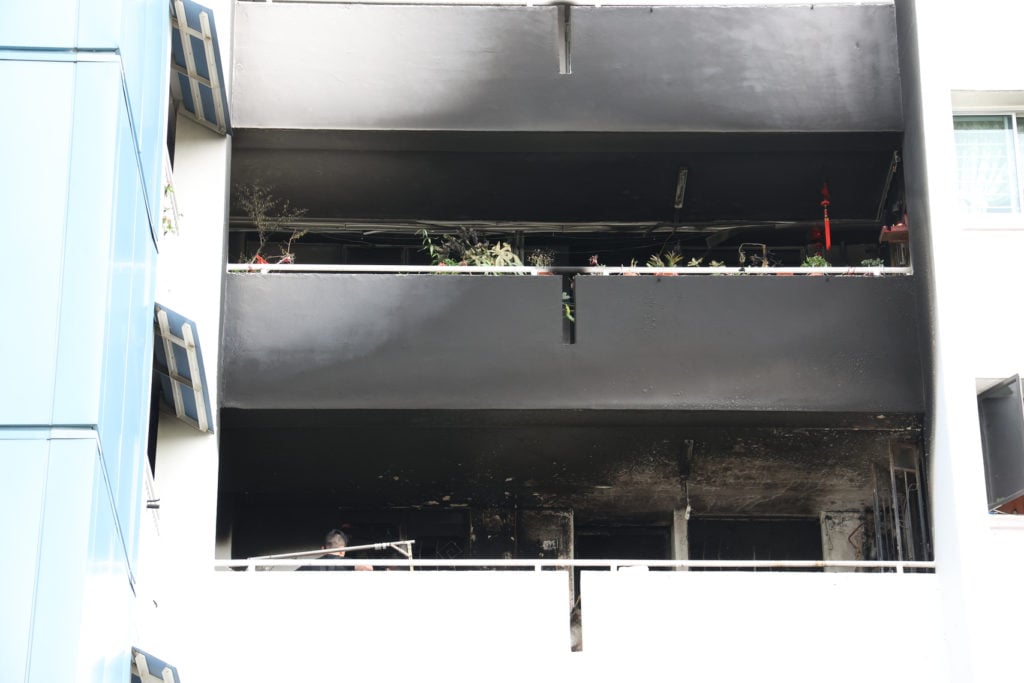 Thankfully, the Singapore Civil Defence Force (SCDF) came to the rescue by breaking the door open, allowing Pearl and two others to escape.

Deceased had many illnesses

The fatal fire was the latest — and last — negative thing to befall her.

Many years ago, she’d suffered cancer and survived, the relative told Zaobao.

Ms Chan also said in an interview with the paper that in 2006, she was suffering from high blood pressure, diabetes, hypothyroidism, liver cirrhosis and intestinal lumps on top of breast cancer.

In 2011, she additionally developed psoriasis, with red spots on her legs that spread to her body, back and forehead.

In a Facebook post on Saturday, East Coast GRC MP Tan Kiat How said he was told of the many tough challenges Ms Chan faced in life. 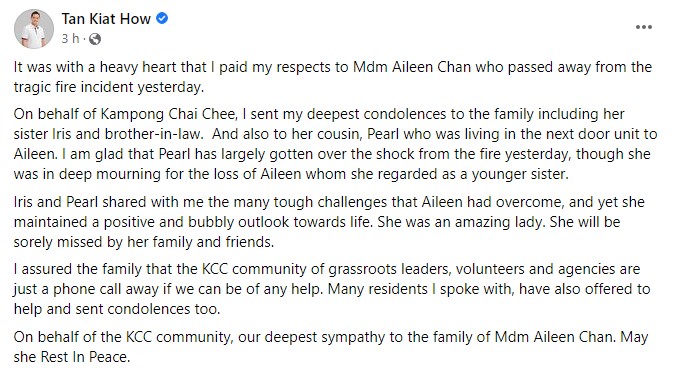 Despite them, the devout Christian remained positive and bubbly in her outlook, said her sister Iris and cousin Pearl.

The MP paid his respects at Ms Chan’s wake, and shared that she was an amazing lady who’ll be sorely missed. 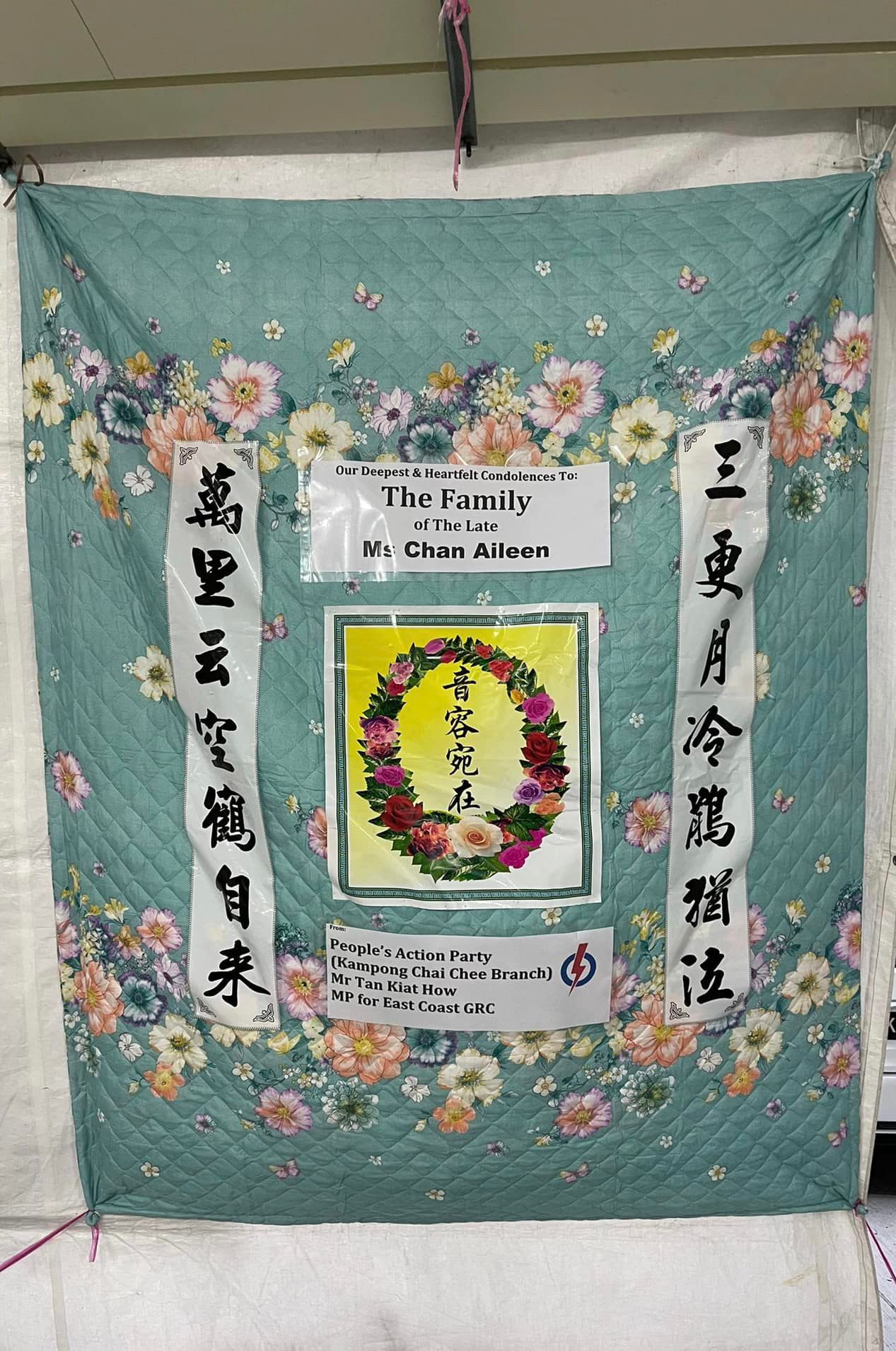 As a measure of how close she was to her relatives, many of them rushed to the void deck of Block 409 Bedok North Avenue 2 after the fire, according to a Zaobao reporter who was at the scene.

In a heartbreaking scene, her partner was seen couched over a table, appearing to be in tears.

Her friend, Mr Michael Chia, said he met her on set when they acted with local short film group Reel Frenz years ago. 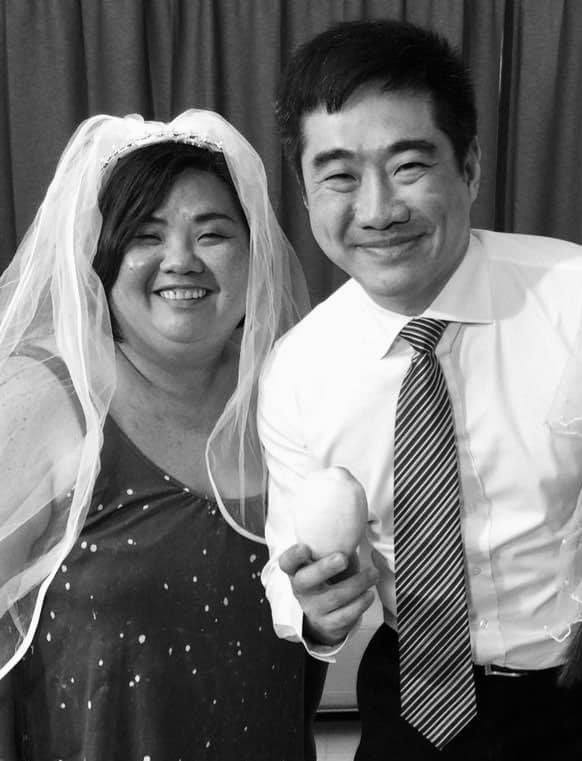 He also described her as kind, helpful and funny. 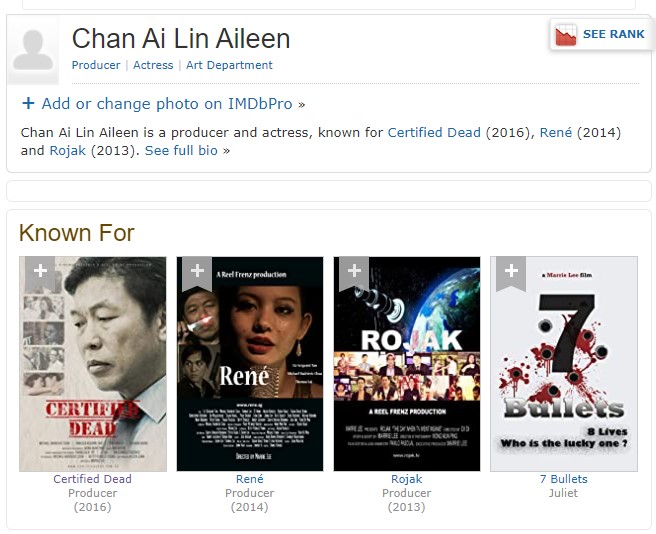 “Certified Dead”, which Mr Chia appeared in, was directed and written by Marrie Lee — who acted as Cleopatra Wong in the eponymous 1978 movie.

Ms Chan is also named as producer on 15 shows.

2 others lost their lives

Besides Ms Chan, the fire also took the lives of two of her tenants from Malaysia, a 35-year-old man and three-year-old toddler.

The girl’s 34-year-old mother is still in critical condition. The couple had reportedly recently brought their daughter over to Singapore.

The cause of the fire hasn’t been revealed as yet, though SCDF said the unit had a vast accumulation of combustible items.

Many inspiring stories have emerged of the residents in the block helping one another to escape the blaze.

Though Ms Chan had managed to deal with many illnesses, she unexpectedly passed away due to a fire.

Her strength and optimism in the face of challenges must have inspired her loved ones, making her death all the more devastating as she was gone too soon.

MS News sends our condolences to them and the loved ones of the other victims.