SPF Features Bedok Policewoman On TikTok, Singaporeans Say She Can Arrest Them Anytime

Officers from the Singapore Police Force (SPF) are brave, strong, and as many recently learned, really attractive.

Have you met Priscilla? Together with her fellow ERT officers, they patrol the streets of Bedok. 🚔 #fyp #foryoupage #tiktoksg #police#safeguardingeveryday #singaporepoliceforce

In her full uniform, Priscilla got many hearts going “Bedok Bedok“. Some thirsty netizens even declared that she can arrest them anytime.

The video starts off with Priscilla introducing herself as the team leader from the ERT, Bedok Division. 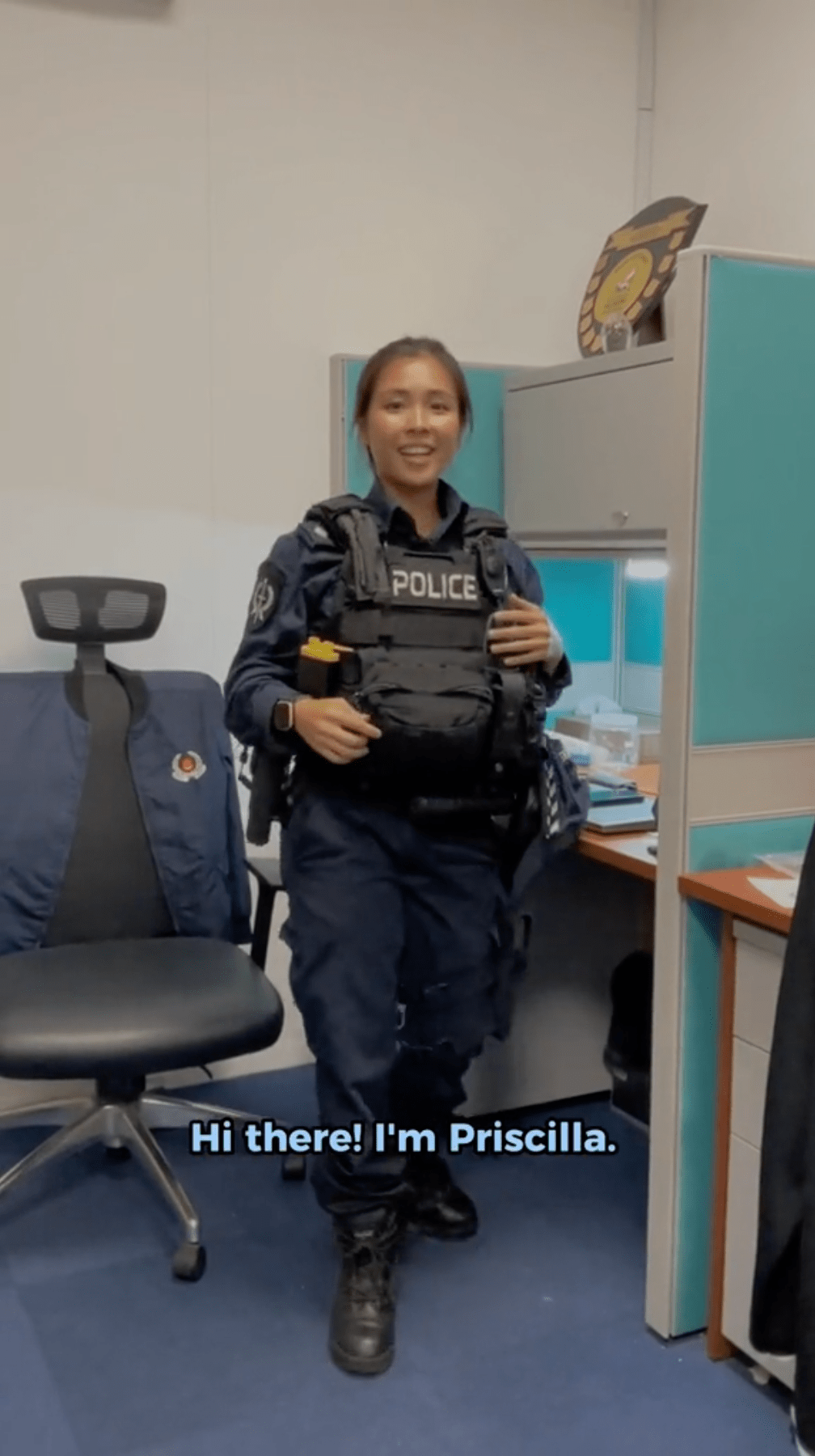 She goes on to explain that as an ERT officer, she responds to cases involving firearms and dangerous weapons.

According to The Straits Times (ST), ERT officers are an elite group of officers handpicked and trained to contain threats quickly.

In the case of a terrorist attack in Singapore, they are the first wave of responders.

The clip then cuts to Priscilla carrying around all her equipment, looking absolutely suave and prepared for anything thrown her way. When asked by the person behind the camera if her gear was heavy, she confidently and proudly says, “No lah, it’s only 17kg.”

ERT officers’ heavy gear includes a bullet-resistant vest and the HK-MP 5 submachine gun, which Priscilla was holding in her arms.

Shows off her ride for patrolling

Priscilla then shares that she is on her way out to patrol. And of course, she’s got to show off her sweet ride.

Unlike the typical white police cars we see around, her ride appears to be a sleek Hyundai Santa Fe SUV in black and white livery, typically used by the ERT.

After she gets into the vehicle, the person behind the camera asks if she has any words for viewers. 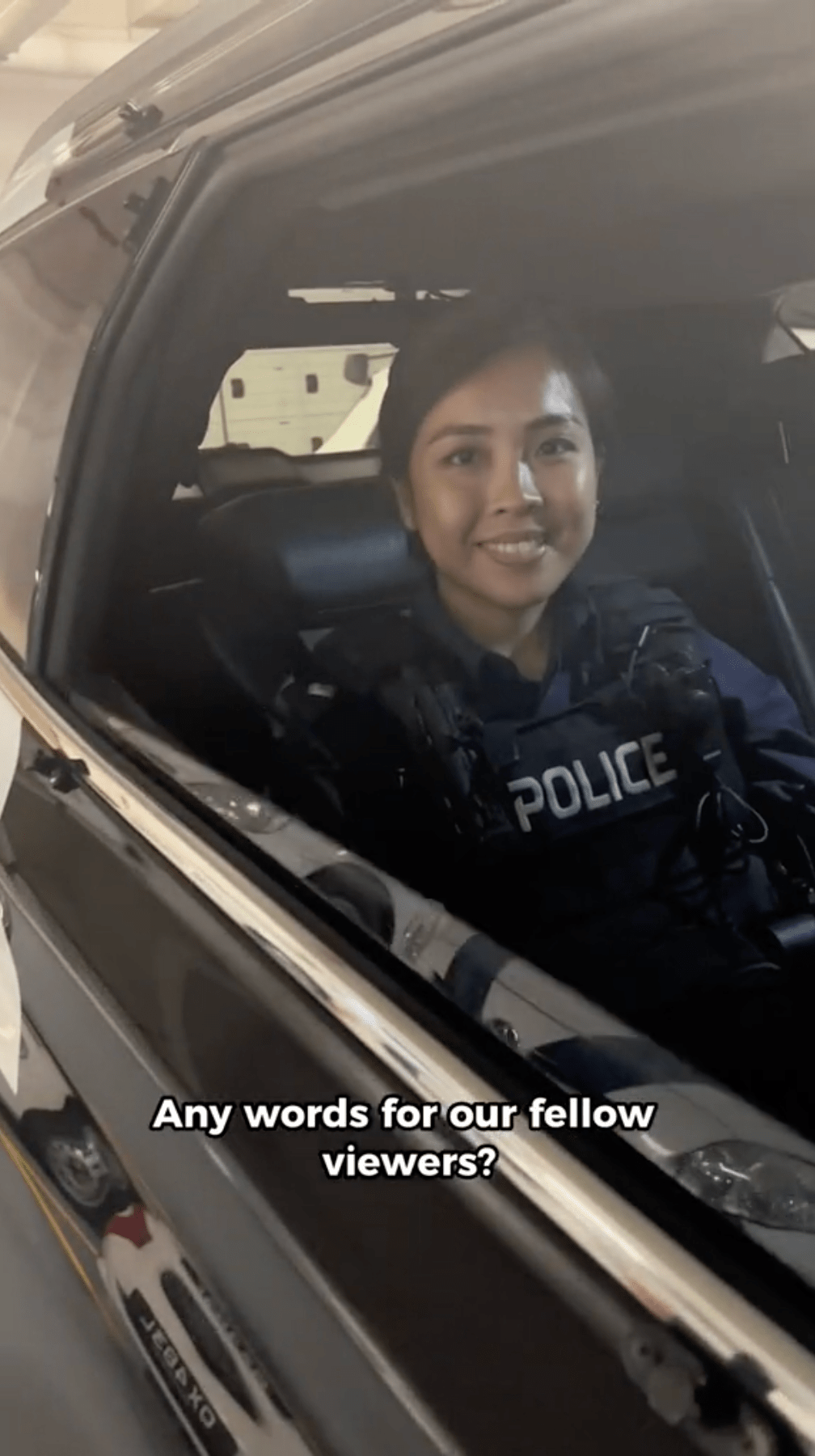 In response, she asks viewers to follow the SPF page to get to know more officers from other units over the coming weeks.

She adds, “Do say hi to us when we are outside on the road.”

We think Singaporeans will be more than happy to say hi to Priscilla.

Within a day, the TikTok video garnered over 553,000 views as the pretty policewoman completely captivated netizens, judging from the thirsty comments they left.

One TikToker said she can arrest them anytime. And it seems many agree, with the comment getting over 1,500 likes.

Another netizen cheekily said that he has “been a bad boy”.

Others were surprised that there are such “chiobus” (beautiful women) within the SPF.

In actual fact, this isn’t the first time netizens have been caught red-handed thirsting over a police officer.

Most well-known of all would be SPF’s ‘shop theft is a crime’ poster boy Ryan Koh, who was dubbed Singapore’s “most handsome policeman”. 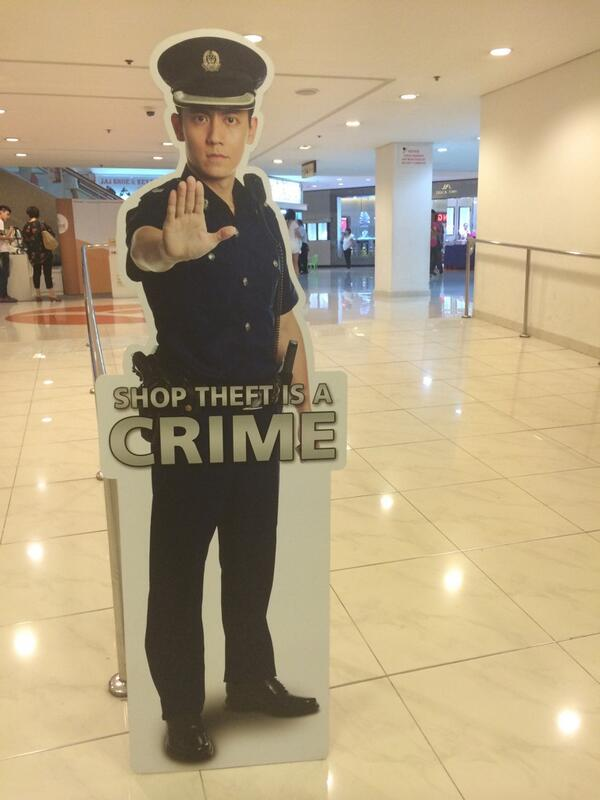 So it certainly seems like our police force isn’t just well-prepared and capable — they do it all while looking good too.