Contrary to popular belief, gym rats do have real jobs. Other than spending considerable time hitting the weights, they can also be found in our local police stations.

One such buff police officer works at the Geylang Neighbourhood Police Centre (NPC) and is quite the social-media-savvy type. 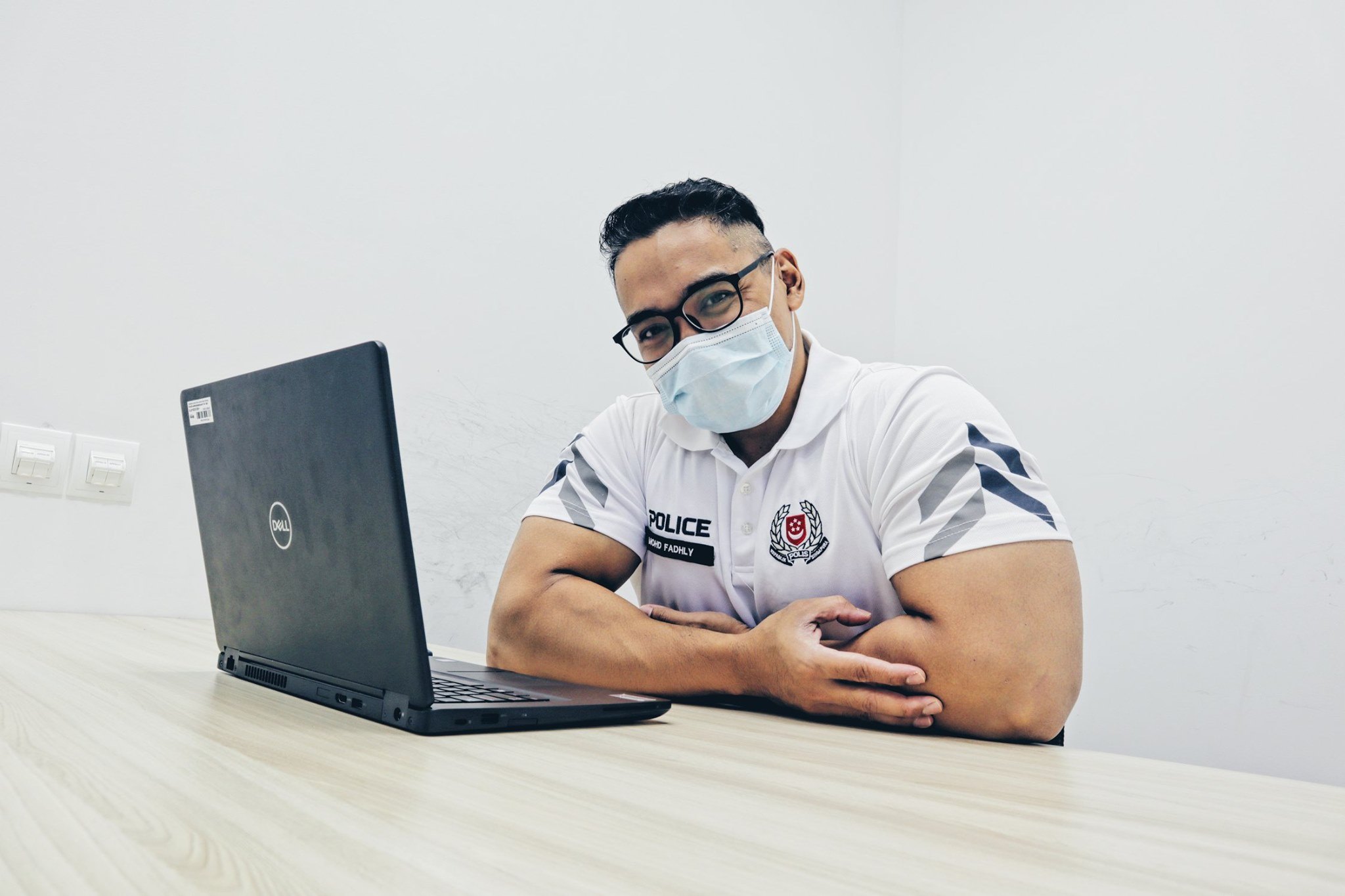 While sharing queue-skipping tips on Facebook, the attention was diverted away from the time-saving hacks and towards his bulging biceps.

Netizens took the opportunity to crack jokes at the appearance of this extra buff police officer in the comments section, similar to the widely popular Chuck Norris jokes.

The buff police officer’s appearance on the Facebook post was actually well-meaning as he pointed out ways to cut potential queues at the police station.

We think they are actually very good tips and worth sharing that information with everyone, so try your best to keep up while confronted by his giant pipes.

Firstly, the public can lodge reports online through the e-services portal on the SPF website. This is a huge time-saver and can be completed remotely. All you need is a stable internet connection and a valid Singpass account. 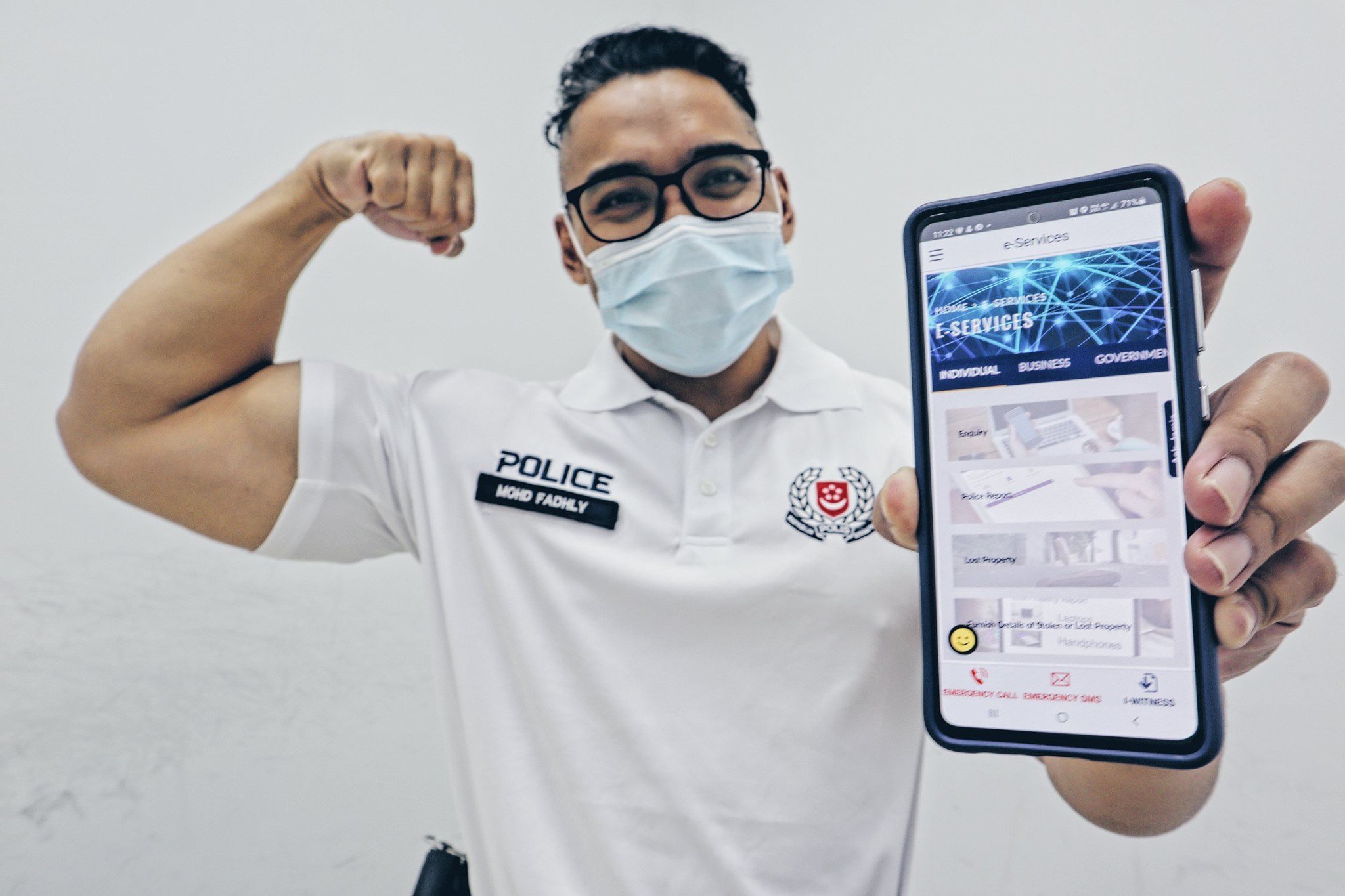 As our buff police officer here would like to point out, there are self-help kiosks located in police stations where you can lodge a police report without the help of an officer. 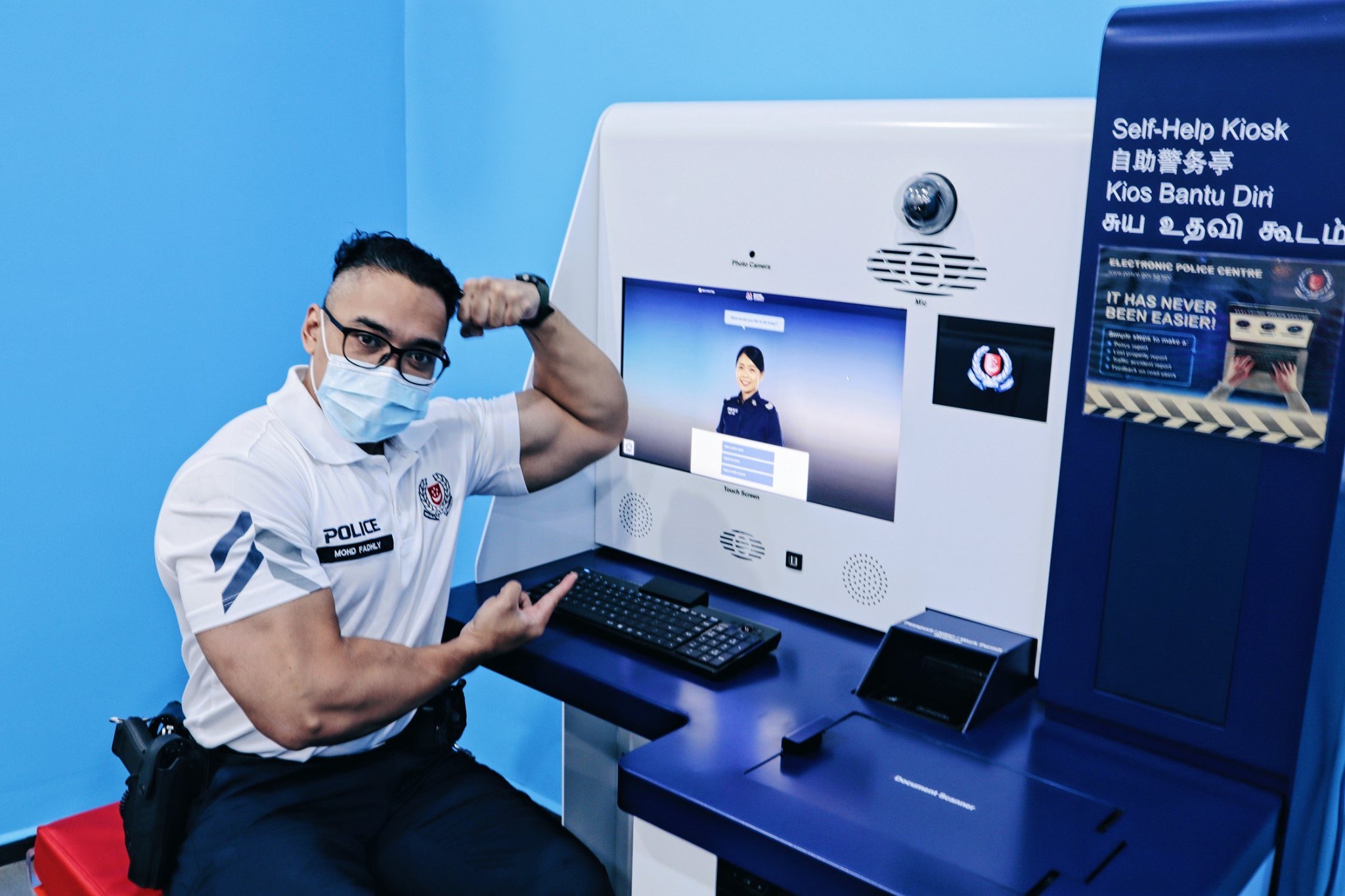 The scope of the reports that you can make is considerably smaller though, limited to reports such as lost property, traffic accidents reports and feedback on road users.

Lastly, our buff police officer would like to flex the fact that you can simply return any found item by dropping them in Found Property Drop Boxes (FPDBs). Without the aid of an officer, you can input the details of where you last found the item and a simple receipt will be printed out to acknowledge the transaction.

The sight of the buff police officer had netizens whipping up their best Chuck Norris jokes in the comments section of the post.

One netizen suggested that if the buff police officer were to be called down for a scene, there wouldn’t be one when he finally arrives.

Another netizen commented that he would never call the police for help, but the police would call him instead.

On the topic of reporting, a netizen would like to lodge a report on a serious case of “arm” robbery.

Hilarious as the buff police officer may be, we hope that the message he was set to share is actually received by the general public.

Oftentimes, advisories from the authorities would be simply ignored so we think this is an ingenious way of getting the information out there. Keep them coming.