It’s only understandable for parents of young children to feel worried when their ‘lil ones head off to school for the first time.

While some parents can take this milestone calmly, others may have a harder time letting their babies go.

A group of parents in Beijing seemed to experience this difficulty as they crowded around a fence and resorted to rather extreme means to get glimpses of their kids’ first day at school.

Though hilarious to most, some netizens said the scene was extremely relatable.

As the summer holidays came to an end in China, kids returned to school for a new term on Wednesday (1 Sep).

For some students, the occasion was particularly nerve-wracking, as it was their first day at school.

But it wasn’t just them who felt the butterflies, as their parents were equally, if not, more nervous.

At one school in the Chinese capital of Beijing, parents were seen crowding around the school fence just so they could catch a glimpse of their kids’ first day.

Perhaps in anticipation of such a scene, an opaque board measuring about 2.5 metres in height was erected around the school’s perimeter.

However, the parents were determined not to let a mere board get in the way of their ‘mission’.

While some scaled the concrete pillars and fences surrounding the school, others bent down to peer through the narrow opening at the bottom. 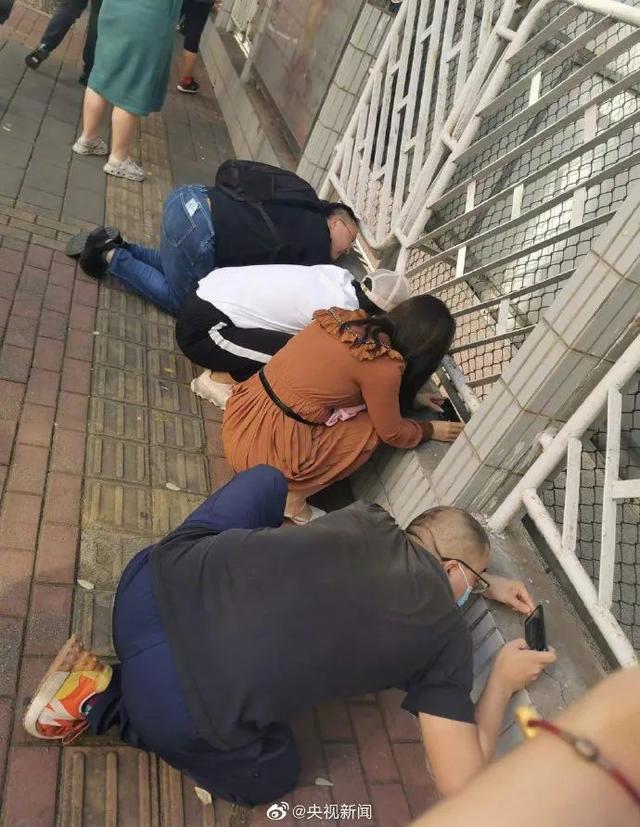 It was a spectacle that reminded us of large-scale sporting events pre-Covid.

Footage and images of the scene have since been circulating on Chinese social media.

While some found the scene hilarious, others thought it was strangely relatable.

This netizen offered a glimpse into the parents’ thoughts and said it’s a phenomenon seen all around the world.

Another Facebook user suggested that the school could’ve tapped into technology and spared the parents from the physical ordeal.

Similar scenes seen in Singapore too

For those of us in Singapore, such a scene might not necessarily be foreign.

Just last year, huge crowds of parents were allegedly seen outside this school in Jurong in spite of the ongoing Covid-19 pandemic. 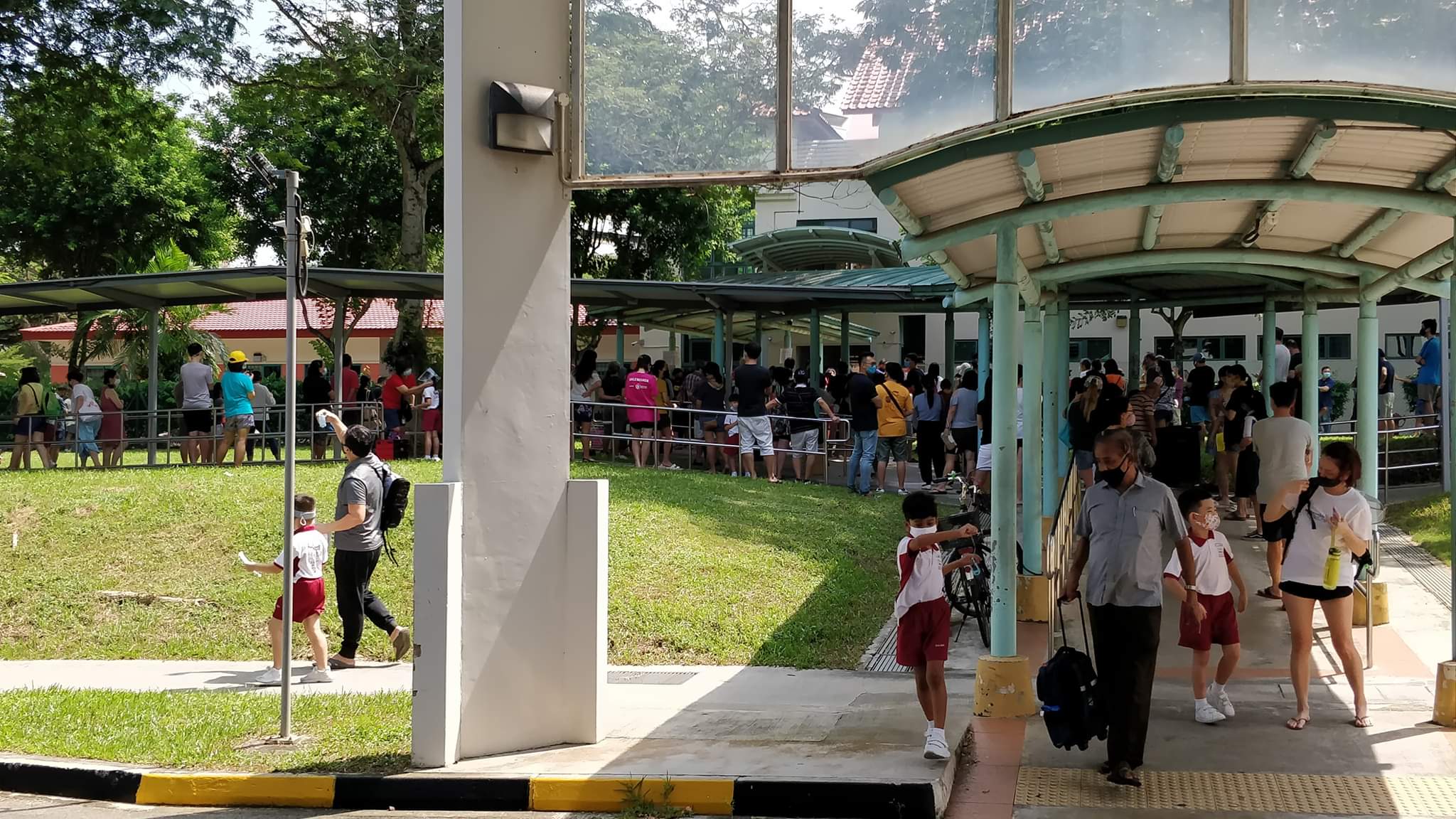 Public health risk aside, this perhaps shows that parental love is universal. 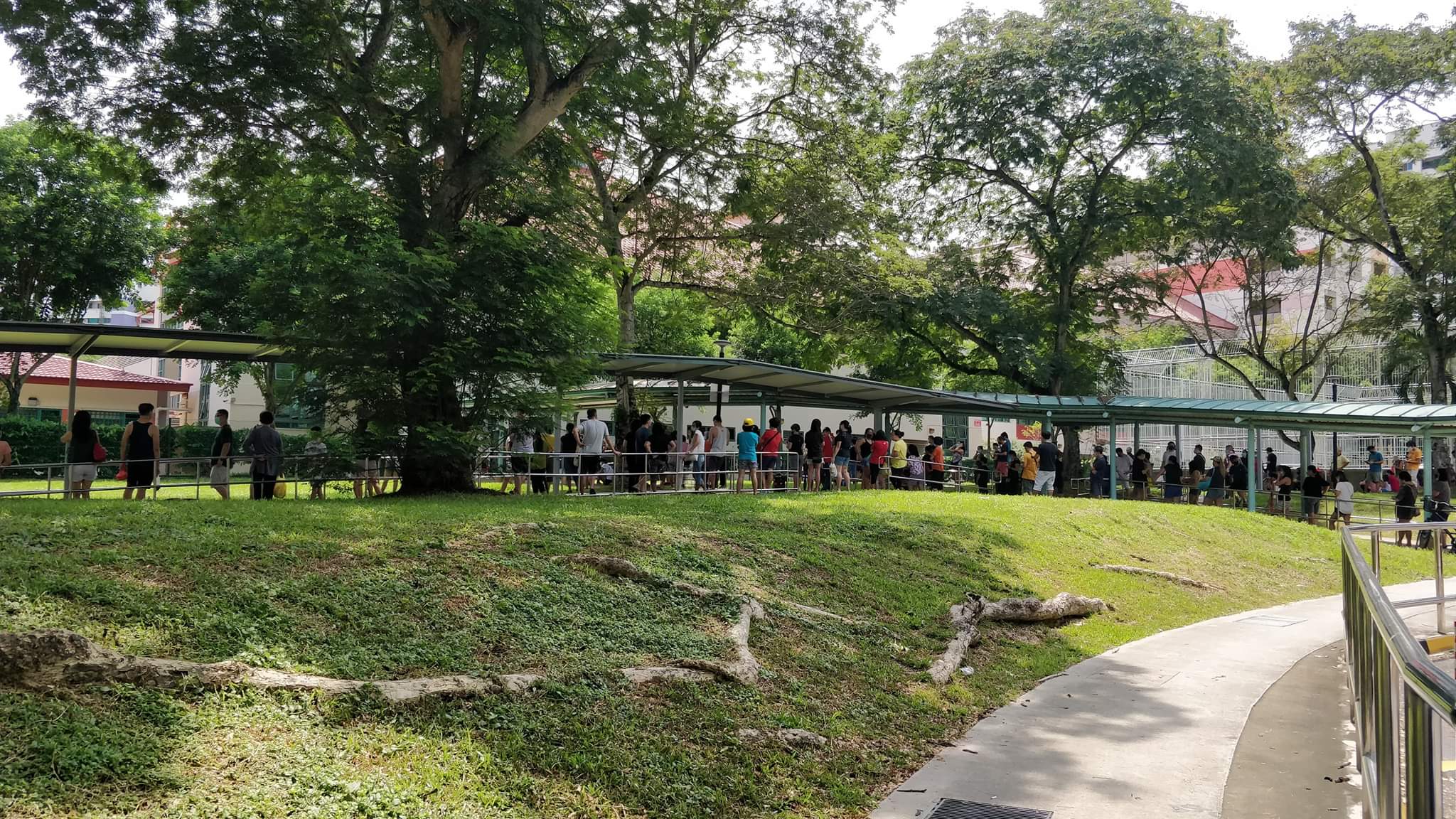 All parents love their kids

Though many might find the parents’ actions rather excessive, the underlying rationale behind their actions is nonetheless beautiful — they’re probably concerned for their children’s well-being.

We hope the kids had a lovely day at school and managed to make friends and acquire new knowledge despite the Covid-19 measures in place.