Not actually that funny.

Following the ‘no dine-in’ rule in Phase 2 Heightened Alert, many Community Centres (CCs) islandwide have offered space for cabbies to makan.

Over at Beo Crescent, the town council responsible for the area recently allocated a dine-in area under a pavilion for taxi drivers and delivery riders

However, things took an unexpected turn when a tampered picture of its ‘Dine-In’ banner started circulating online.

As such, the Beo Crescent’s Residents’ Network (RC) has come forward to debunk the digital falsehood. 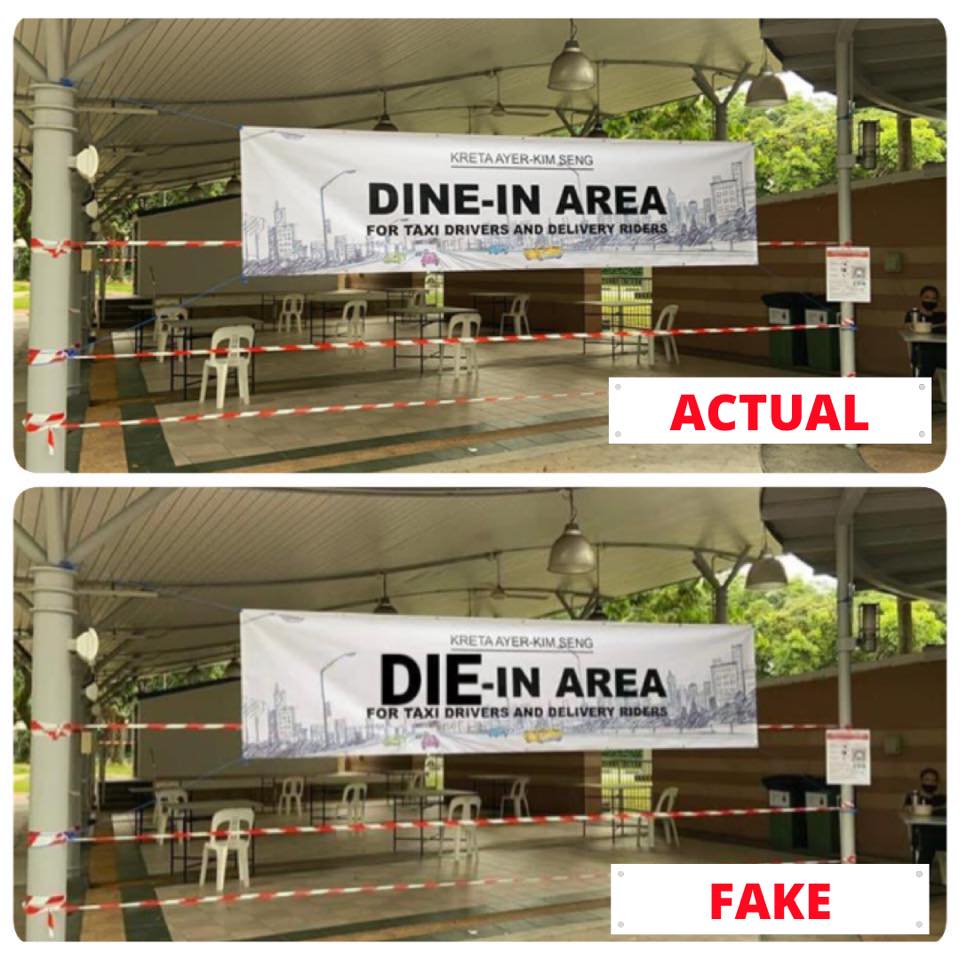 The RC is “disappointed” in those responsible for spreading such fabrications, and urges the public to be discerning.

Recently, a picture of a banner that says ‘Die-In Area’ has been making rounds on the Internet. 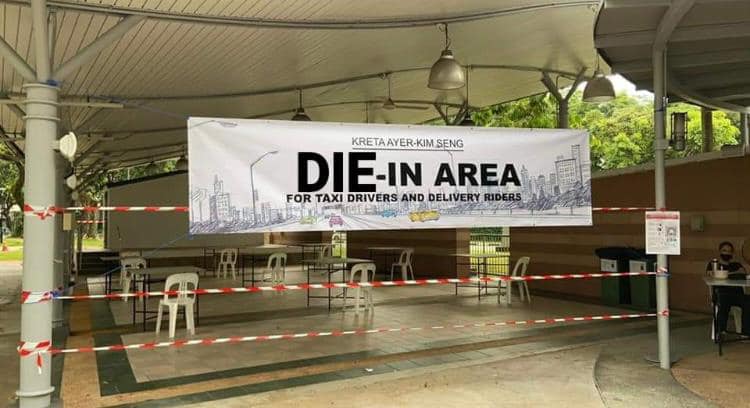 Clearly referring to a dine-in area for taxi drivers and deliverymen, the misspelling may come off as unprofessional to the uninitiated.

Besides, it distorts the thoughtful intention behind a timely initiative that alleviates a pressing concern.

Therefore, the Beo Crescent RC has promptly issued a statement on Facebook calling out what appears to be a crude joke.

In it, it says the picture with ‘Die-In Area’ is in fact digitally modified, urging the public to ignore the edited image.

Located at 48A Lower Delta Road, the pavilion is carved out for cabbies and delivery personnel to take a break. 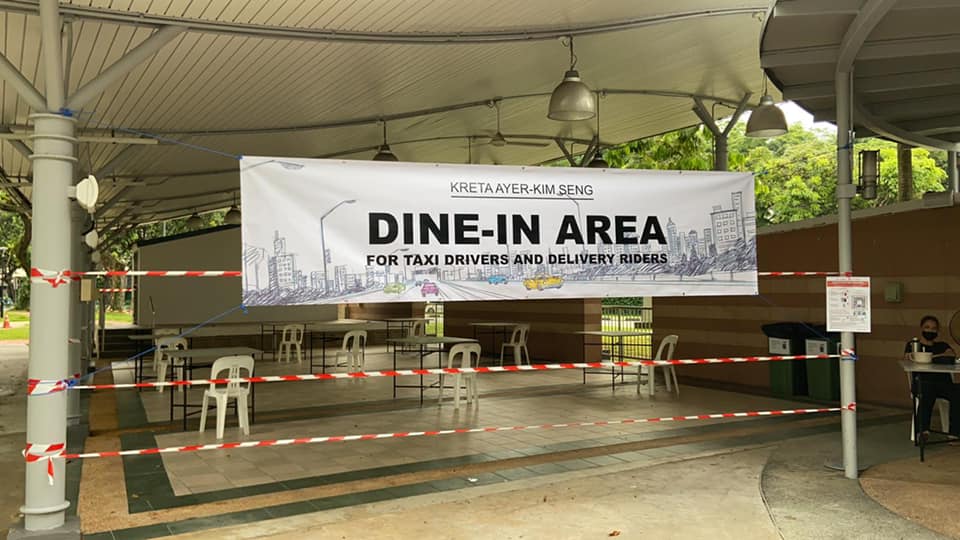 As such, the RC is “very disappointed” in the spread of such falsehood, as it overlooks the intention behind the initiative.

Therefore, it hopes that the public can put an end to the circulation of the tampered picture online.

Instead, the RC says members of the public should “give more support to our local hawkers, taxi drivers and delivery riders who continue to serve the public”, it writes.

While some may find the edit amusing, many may not know that the picture is fabricated.

Therefore, it risks giving the uninitiated a false impression that does injustice to a well-intended initiative.

That’s not to mention that spreading online falsehoods is chargeable by law.

We hope members of the public would be more discerning and will stop circulating the edited image.