It’s official: in the never-ending East vs West saga, Singapore’s eastern half takes the title of having the best food.

That’s according to Michelin’s Bib Gourmand list, released on Wednesday (18 Jul). Established in 1997, the Bib Gourmand honours eateries that serve quality food for less than S$45.

17 new entrants made the list this year while 5 were dropped from the previous edition. These changes mean that the new list features 50 eateries, up from 38 last year.

While Michelin didn’t divide the list geographically, MustShareNews did. To do this, we split Singapore into two.

Our split cuts through the western end of Sembawang and runs down to the southern tip of the mainland, near VivoCity. 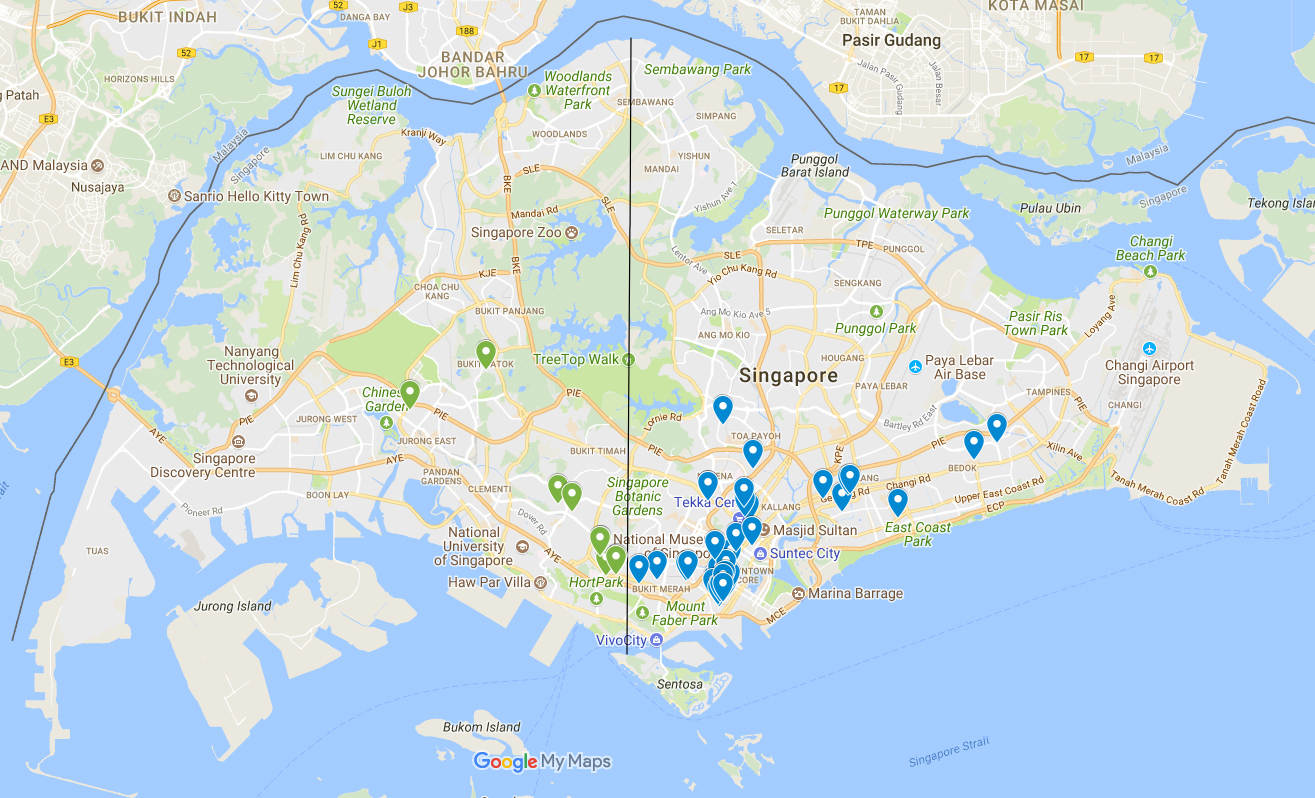 Major neighbourhoods in the western half include Jurong, Clementi, Bukit Timah and Woodlands and Choa Chu Kang.

Representing the east are Geylang, Bedok, East Coast and Changi, to name a few.

The shape of Singapore means that most of the Central Business District also falls within the eastern half. This includes famous markets like Maxwell Food Centre and Tiong Bahru Market.

Our findings might anger west-siders. We found that the western half had just 10 eateries on the list, while the eastern side boasted a whopping 40 honorees. 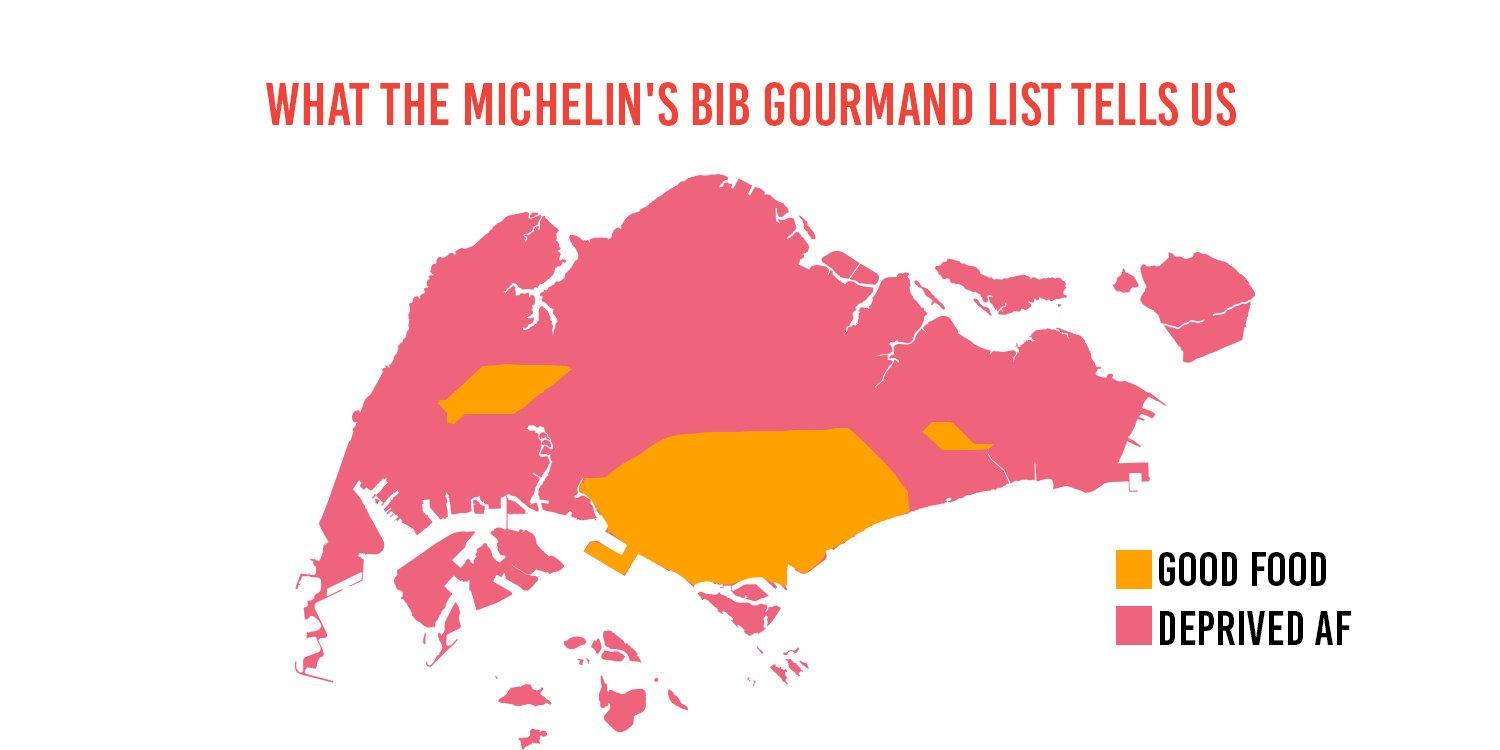 The best of the west

Given that the west had just 10 entries, it wasn’t too hard to pick our favourites.

Don’t be deterred by the long queues at Chuan Kee Boneless Braised Duck at Ghim Moh Market. The stall’s owners have an efficient queuing system, ensuring that hungry customers get their food quickly.

Another must-visit on the list is New Ubin Seafood, which moved to its new home in the west a few years ago. Its grilled beef cubes are to die for, full of melt-in-your-mouth goodness. Feast in the east

Finding something good to eat in the east seems to be no problem at all, since there are 40 stalls here on the Bib Gourmand list.

Indian food reigns supreme here, with at least 3 stalls serving up curries and flavoured rice. Our pick? Bismillah Biryani in Little India. Don’t be fooled by the humble appearance of its signature dish. The magic of Bismillah lies in its flavour, not its plating. Expect fragrant basmati rice paired with richly flavoured meat, made better by fall-off-the-bone tenderness.

And then there’s The Coconut Club, which offers a hipster twist on the classic nasi lemak. At $12.80, your wallet might feel the burn but your mouth will feel the yummm. Here’s the full list of restaurants in the east that made it to the Bib Gourmand list.

If this list has your mouth salivating, just wait for the next one. On July 25, Michelin unveils the Singaporean restaurants awarded the coveted Michelin stars.

Meanwhile, those of us with more modest budgets have 50 new dinner spots to choose from.

Get your chope kits ready!