The new model was launched by the electric car-sharing service on 27 Oct.

Unfortunately, just days after the launch, one of the new cars was seen with a punctured tyre and scratched bumper after an apparent accident.

Now, another BlueSG Opel Corsa-e was spotted after having apparently crashed through the railing of a road divider in Tampines. 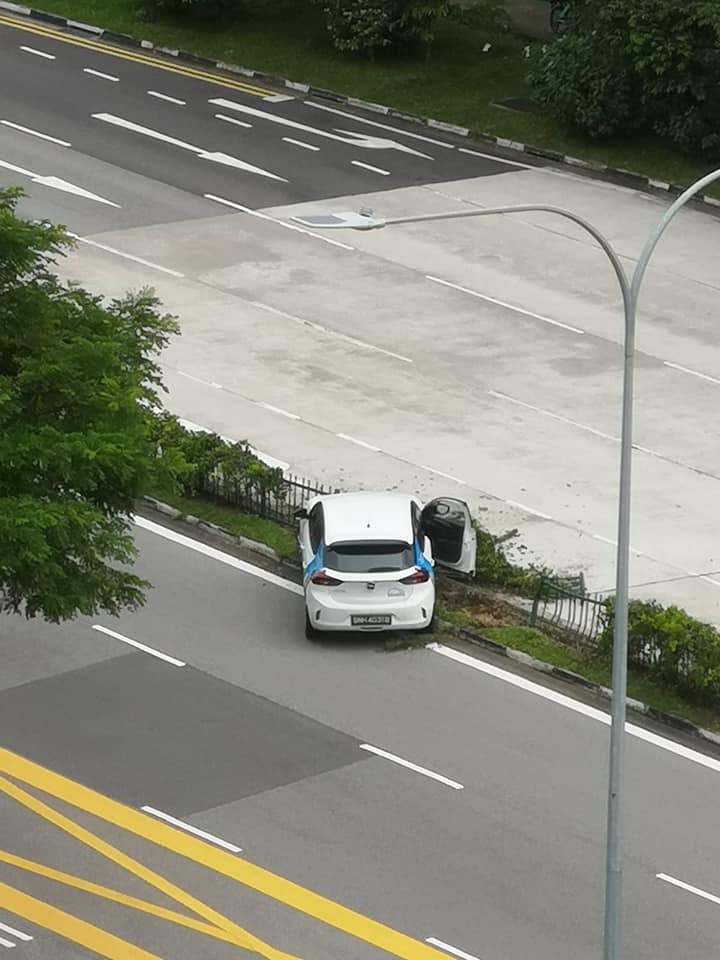 A family with a child were in the vehicle, said an eyewitness.

Photos and a video of the incident were shared in a Facebook post in the BlueSG Users Group on Friday (2 Dec).

The clip showed the back of the BlueSG car slightly protruding onto the road while the body was perched awkwardly on the road diver. 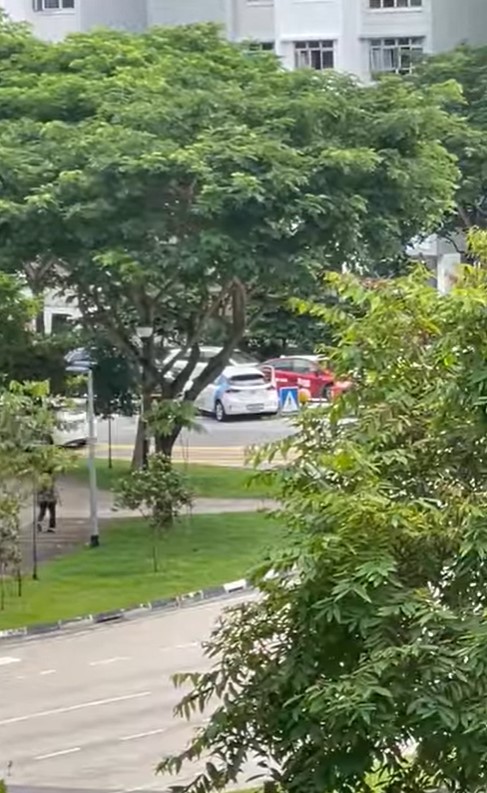 A photo shared in the same post showed a man and woman pushing a stroller on the pavement just opposite the crashed vehicle. The man appeared to be making a phone call. 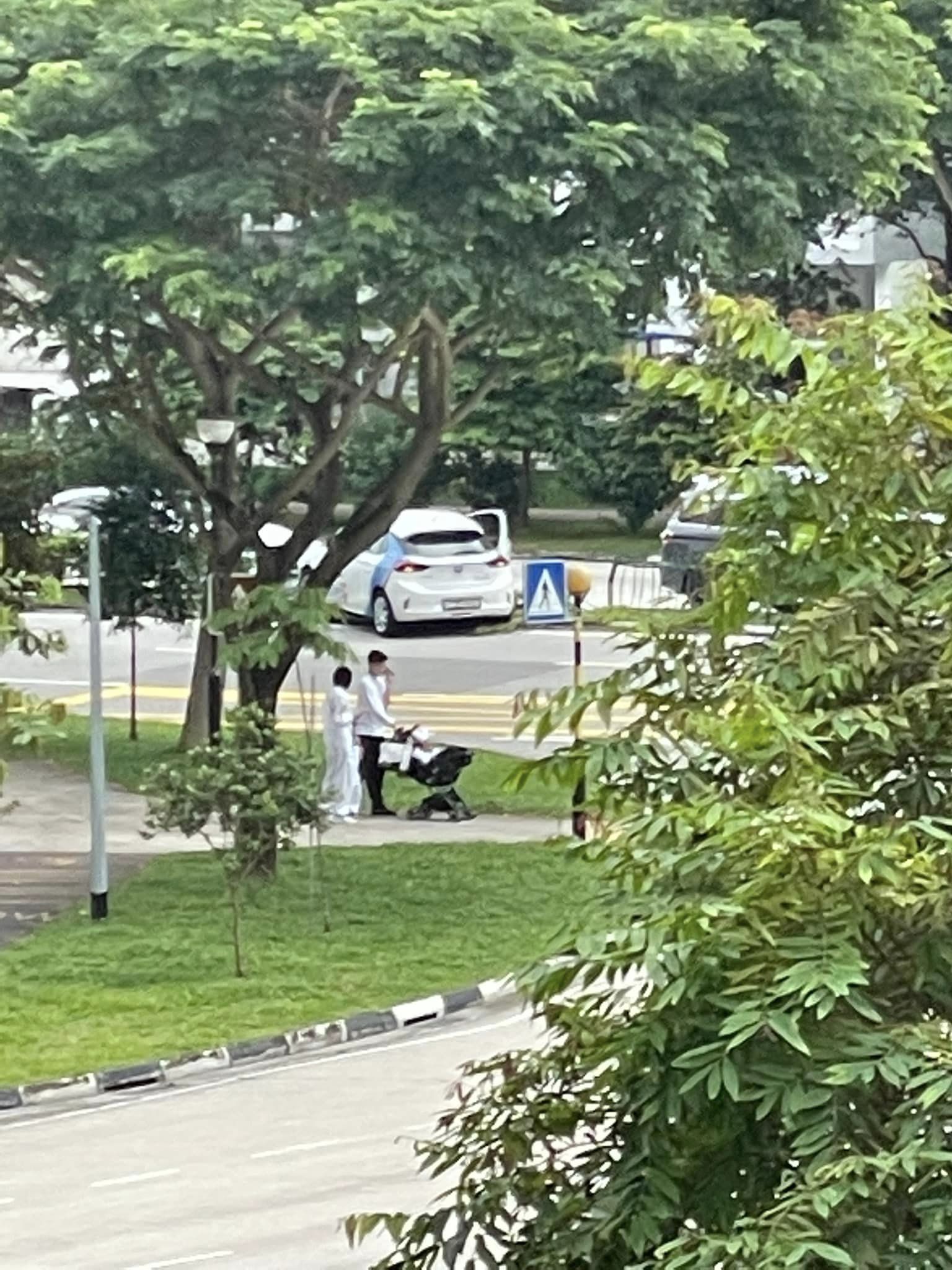 It’s uncertain whether the family are linked to the vehicle or just passers-by.

However, the OP identified the car as an Opel Corsa-e, and said the incident happened along Tampines Avenue 9.

She lamented that the Corsa-e had become a “bumper car” after less than two months of usage.

Another eyewitness posted in the comments that she didn’t see the crash, but heard it.

There was apparently also a white car opposite, which luckily didn’t get hit, she said.

The photo she shared had a clearer view of the crash from above, with a large gap evidently in the railing where the car crashed through.

The OP claimed that she noticed the car was driven by a woman who was accompanied by her husband. The couple also has a kid, she added.

Commenters on the post speculated how much in damage excess the driver would have to pay due to such an accident.

While some said it would amount to between S$5,000 and S$9,000, one netizen estimated it could be between S$10,000 and S$16,000. Another said the amount payable would be higher due to the damage to public property.

A commenter claimed that his friend had to pay more than S$6,000 even though the accident wasn’t his fault.

According to BlueSG’s website, the own damage excess applicable is S$5,000 for drivers aged 26 and above who’ve had a licence for over two years. Otherwise, it’s S$8,000. The same applies to the third-party excess. 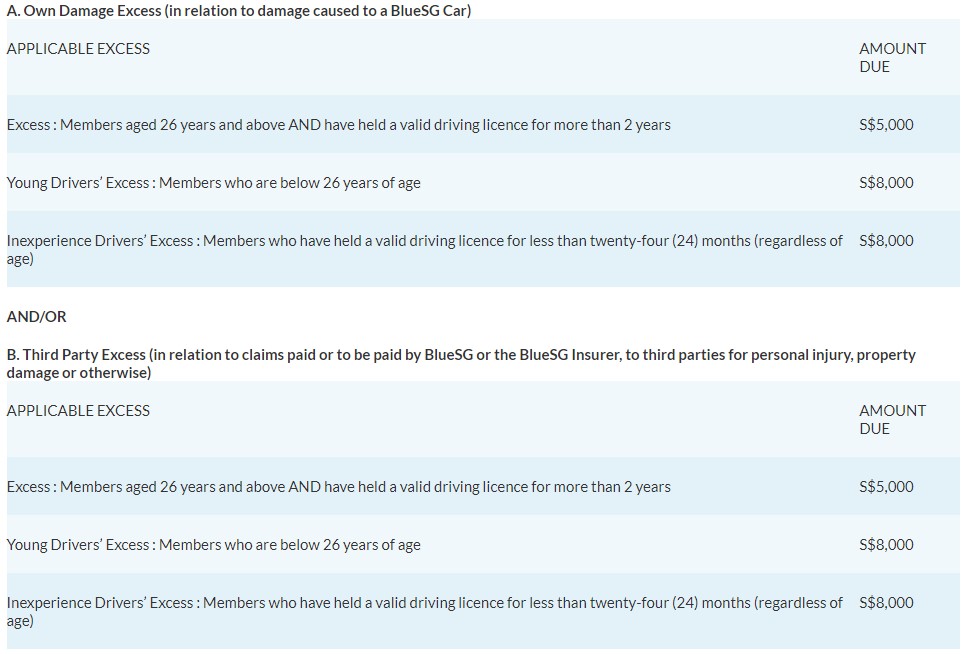 This is the second reported accident involving one of the new BlueSG Opel Corsa-e cars since their launch.

In November, A BlueSG Opel Corsa-e was seen with a punctured tyre and scratched bumper in Telok Blangah Rise.

Its licence plate number matched that of a car used and reviewed by an early user on 28 Oct.

At the time, BlueSG said they were aware of the accident and were conducting investigations into it.

In response to queries from MS News, BlueSG said they’re aware of the latest accident and are conducting investigations.