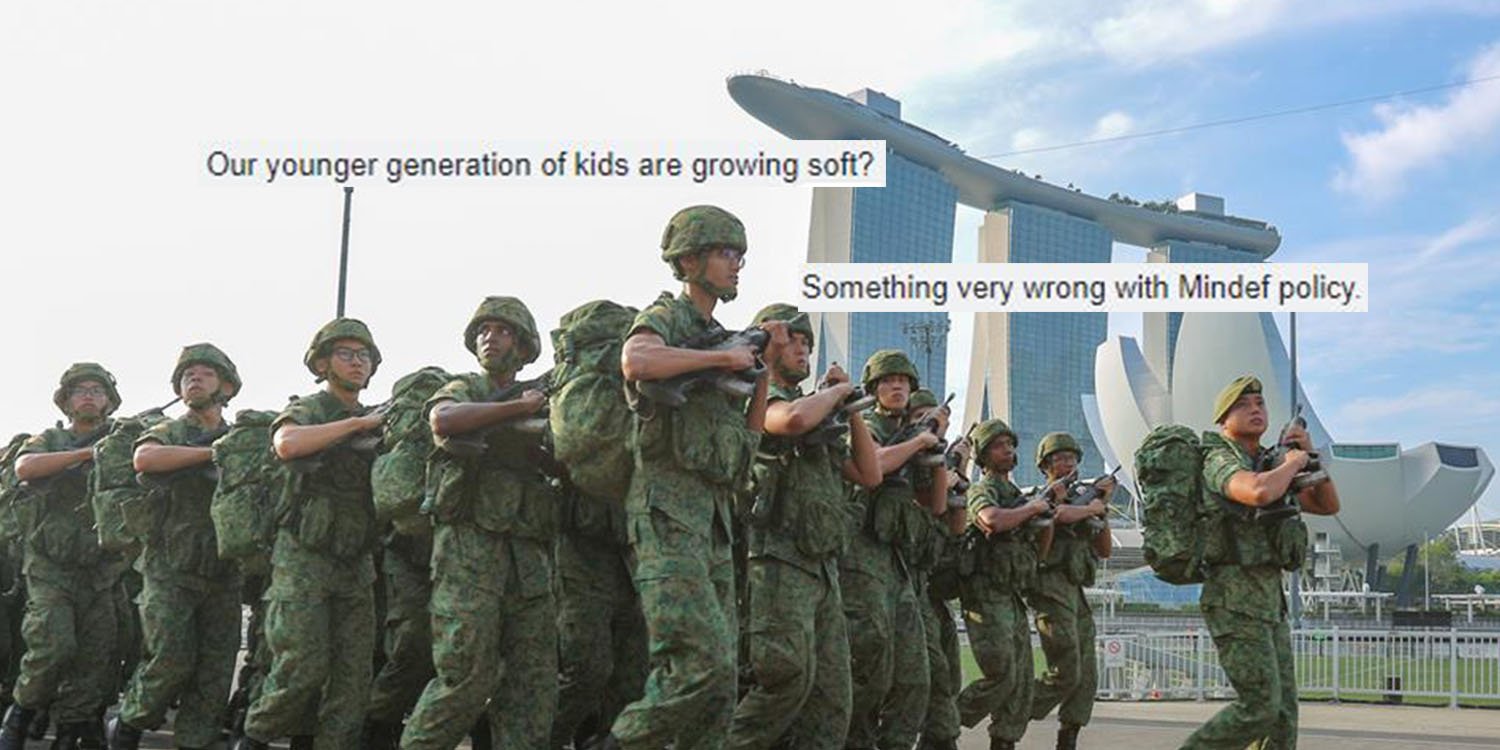 BMT Route March Halved Due To Lack Of Training

Many Singaporean males will remember the feeling of accomplishment as they finally reach the 24km mark of their route march.

However, the lack of build-up training resulted in the current batch of BMT graduates only completing 12km.

The build-up training had been delayed following a two-week safety time-out due to Mediacorp actor Aloysius Pang’s death, the 3rd SAF fatality in route marchless than a year.

The build-up training is essential to prepare soldiers for long marches.

For those that are unaware of how the build-ups work, here are the marches a recruit has to go through before taking on the 24km graduating one.

Netizens unhappy with the precautionary measure

Some netizens were unhappy with the move and mocked the compromise.

Another netizen was annoyed that safety regulations will make training less demanding.

Others believed that this may become a slippery slope that results in non-combat fit soldiers.

Can SAF ever satisfy the public?

Other netizens, however, took the side of SAF and explained that the organisation was just doing what it’s supposed to do.

If SAF goes ahead with it and something bad happens the public will be up in arms. They will be angry and demand to know why SAF did not take precautionary measures.

And when the SAF does take precautionary measures, such as halving the distance of the 24km march, the public complains that they are being too soft.

This led one netizen to express his confusion about what exactly people want from the SAF.

Another netizen makes a valid point that people shouldn’t fret over the route march being halved because soldiers will receive plenty of training after their Basic Military Training (BMT) phase.

BMT, as its name suggests, is only a small part of National Service.

The training that soldiers will receive after BMT will likely better prepare them for wartime operations.

Though these recruits will not get to complete their 24km route march like the generations before them, it may just be for the better.

Let us know in the comments if you think SAF did the right thing by cutting short the route march.