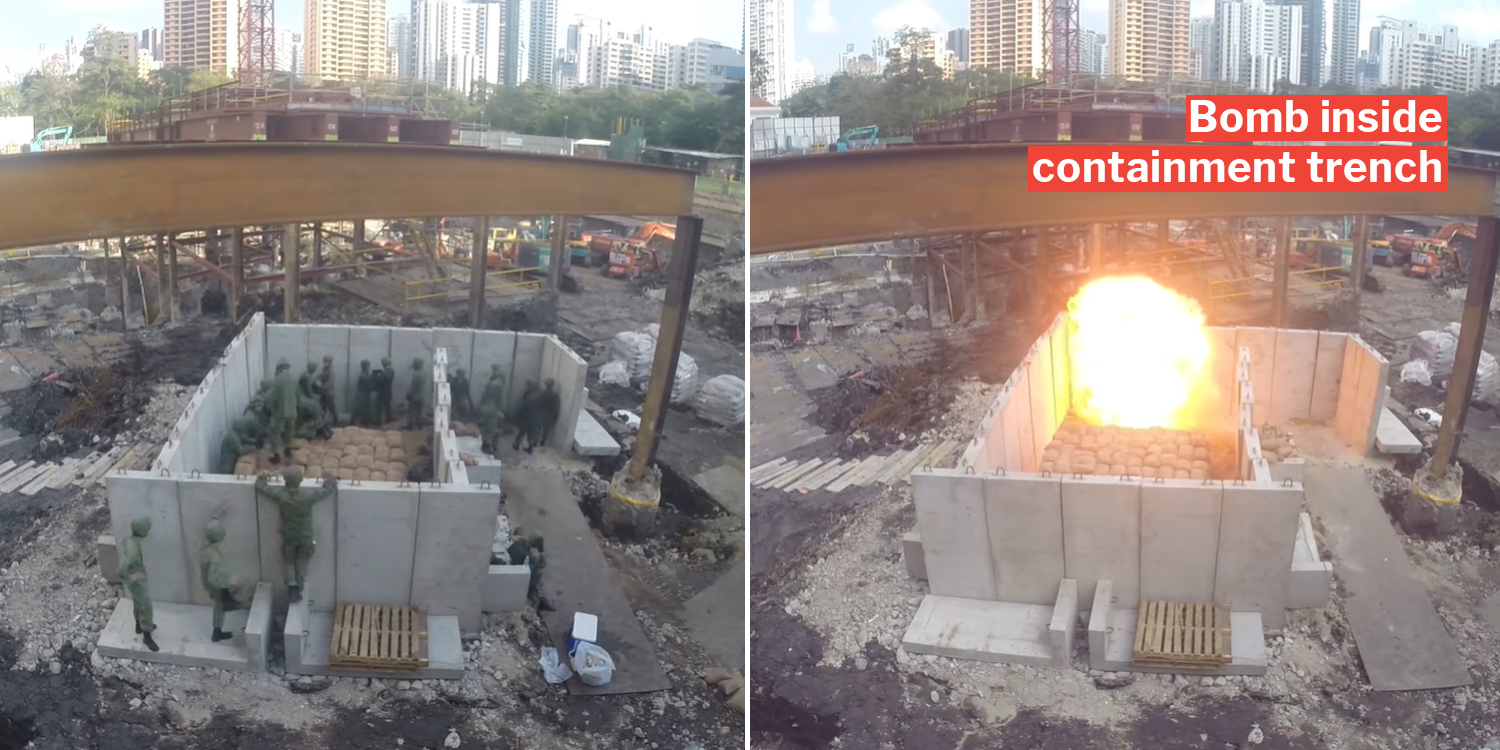 Last Tuesday (12 Nov), construction workers at a site along Jiak Kim Street discovered large, strange object in the ground. Turns out, it was a 50kg WWII bomb.

According to experts, such aged bombs, if left untouched, are unlikely to explode. But still, they are “inherently unstable” and a slight knock of the shovel could set it off.

In good measure, the SAF Explosive Ordnance Disposal (EOD) unit stepped in. At first, the plan was to move the bomb to a safer location to detonate.

But that apparently wasn’t feasible. So they told the public that they’ll be detonating the bomb in the area itself — in a controlled setting of course.

A video of the setup and the detonation was released by the SAF and can be viewed in full here.

The set up required some 40 SAF personnel. They dug a containment trench, put up concrete walls around it, covered the trench with a thick slab, and laid tons of sandbags over the slab. Yeah, it’s overkill. But because safety is one of the SAF’s core values, nothing can be overdone. This is the tiny entrance leading to where the bomb is. 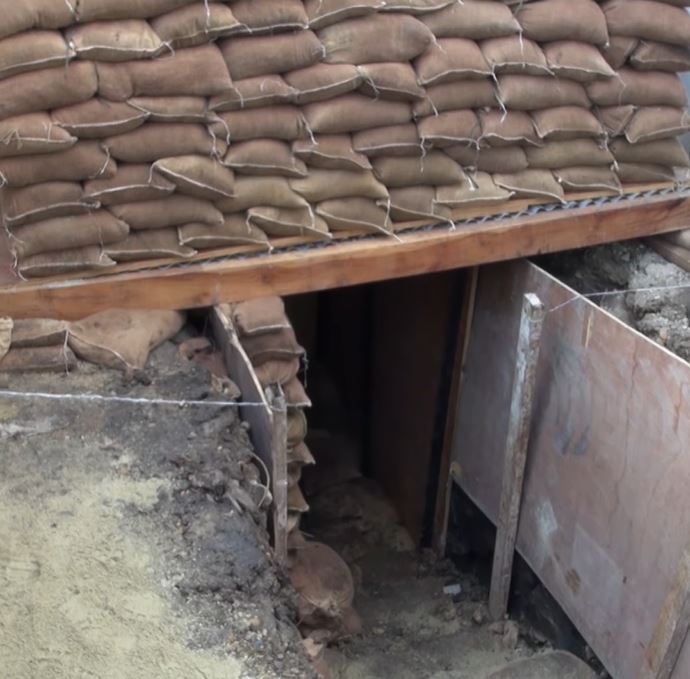 The explosion was brief, controlled and frankly, a little ‘meh’. But with those protective layers, you really can’t expect fireworks. 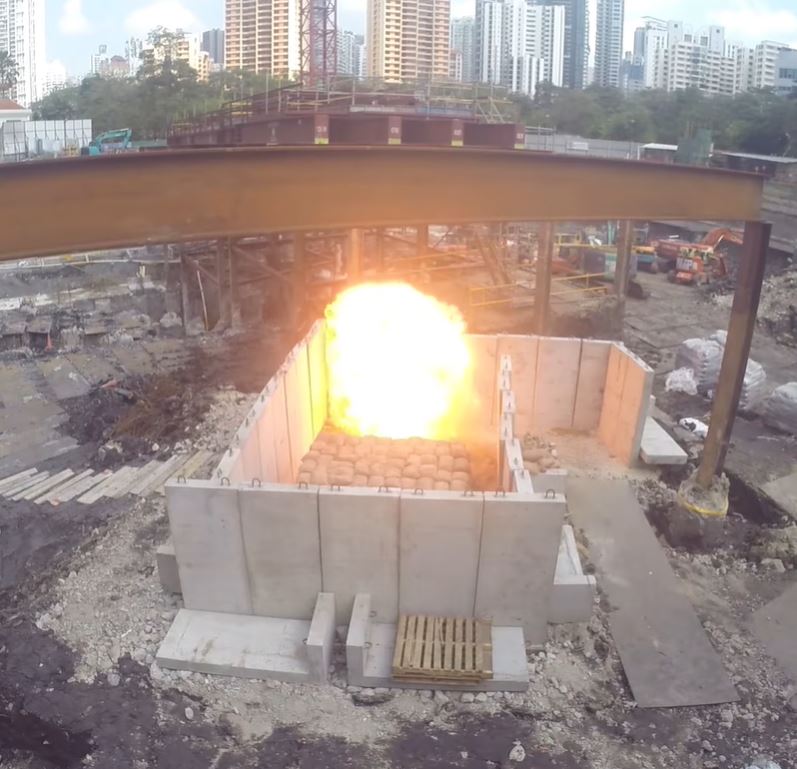 Once the explosion had broken the bomb body, the SAF personnel proceeded to burn the main explosives inside, ensuring that the bomb could be transported safely for disposal.

Kudos to the Army for handling the situation so well!