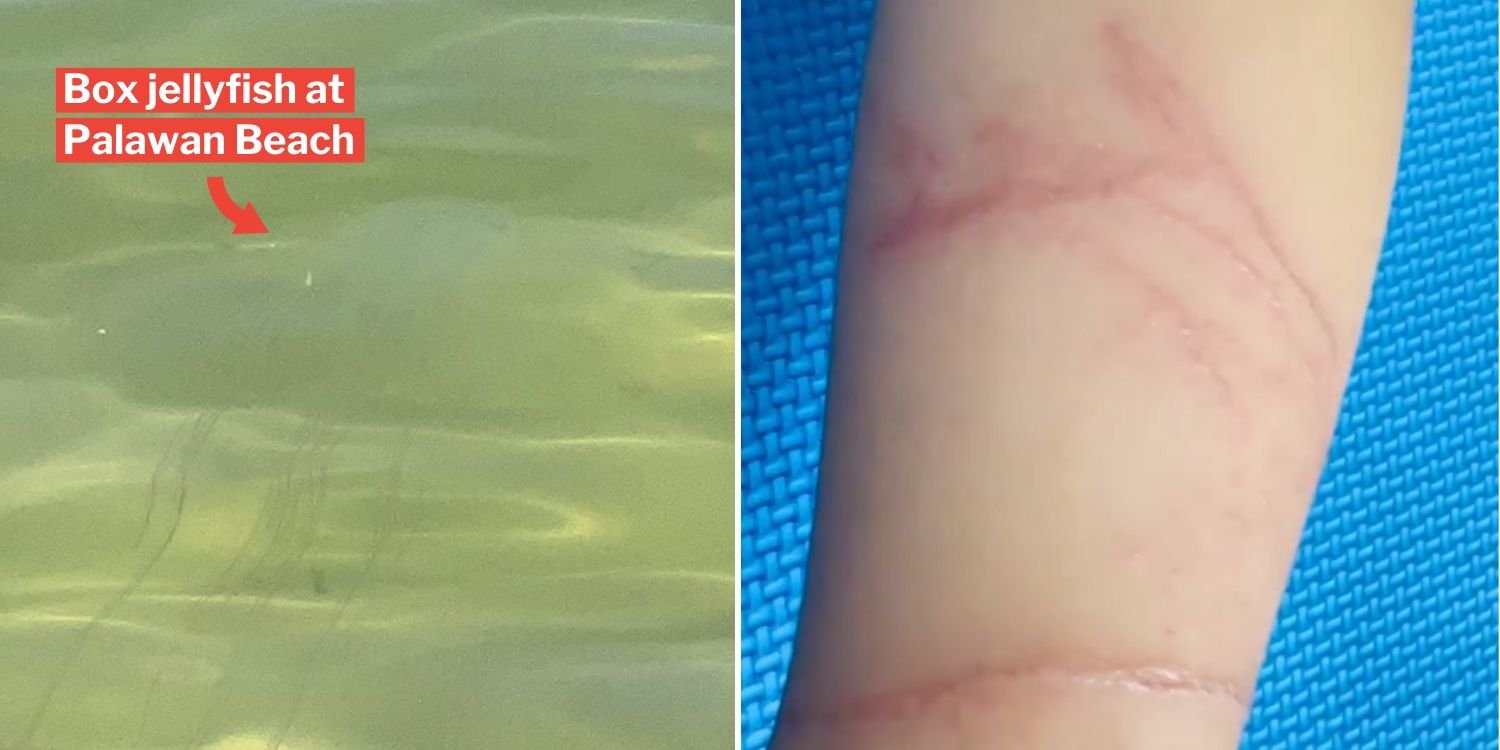 Wild animal sightings in the wake of the ‘Circuit Breaker’ period have been fascinating, but were a little less so when they proved to pose some harm to humans.

A young girl learnt this the hard way on Friday (17 Jul) when she was stung by a box jellyfish off the coast of Palawan Beach, Sentosa. 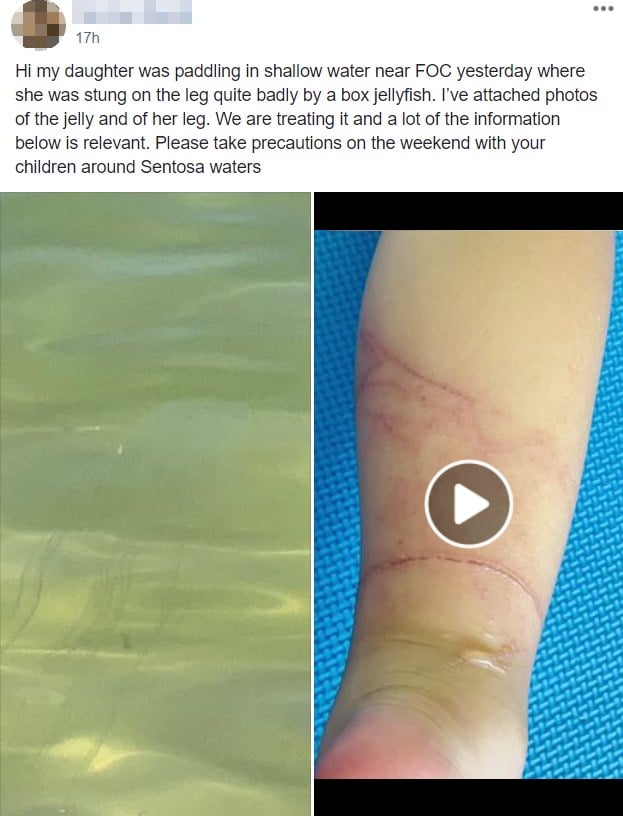 Her mother shared the incident in Facebook group Marine Stewards, who promptly contacted NParks and issued a public advisory.

Facebook user Carolyn recounted how her daughter had been paddling in shallow water near Mediterranean restaurant FOC Sentosa when she was stung by a box jellyfish.

She had identified the creature after spotting it in the water, and capturing a photo. 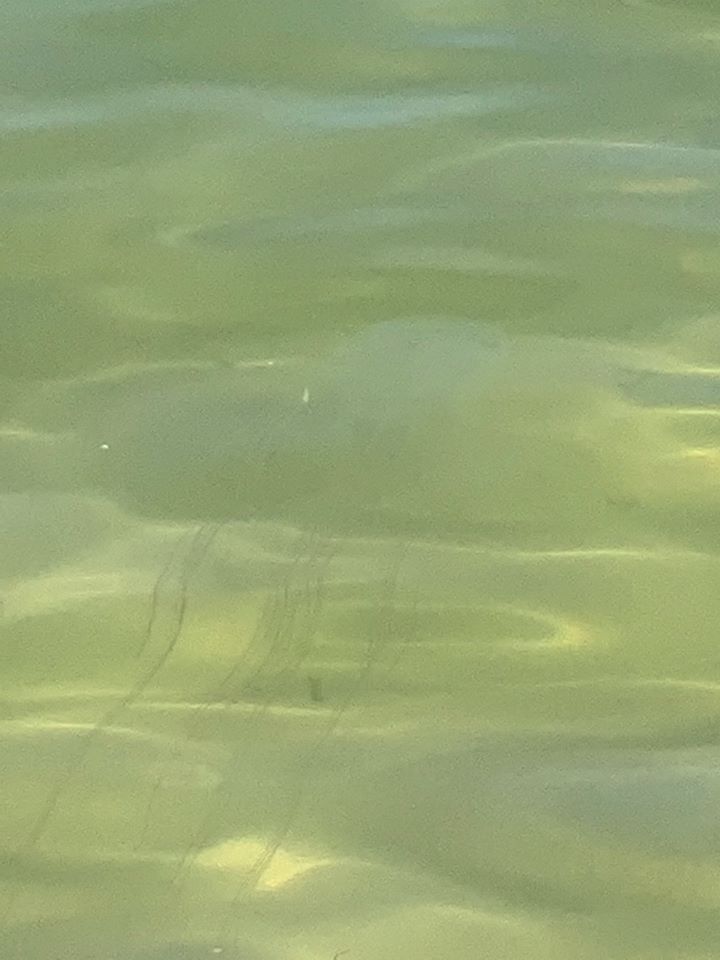 In the comment thread, she described how they managed to get home quickly and pour vinegar all over the stings before administering Antihistamine.

Carolyn even posted a video showing the marks all over her daughter’s leg, though we’d advise you to only view at your own discretion.

Thankfully, the family didn’t live far from the location, and their quick thinking helped to relieve the young girl’s pain.

This box jellyfish sighting, quite eerily, isn’t the first Singapore has reported recently.

Marine Stewards revealed in a subsequent post that similar sightings had occurred at least 4 times before, this year — once in Mar and thrice in Jul.

Since Mar 2020, the public have spotted box jellyfish in the following areas:

Thankfully, none of the incidents have been fatal, though they left the victims with rather serious injuries.

The first sighting this month on 3 Jul led Marine Stewards to issue a public advisory to avoid swimming at these places for 2 weeks:

They extended the deadline a further 2 weeks after the 16 Jul sighting, and are now adding another 2 weeks on top of that.

By cursory calculations, that means no swimming in these waters till 14 Aug.

Stay alert & safe in the area

If you happen to have upcoming plans in the area, remember to steer clear of the waters and always be on alert. Inform yourself of what a box jellyfish looks like, so you’ll be aware. Here’s a photo that may help: 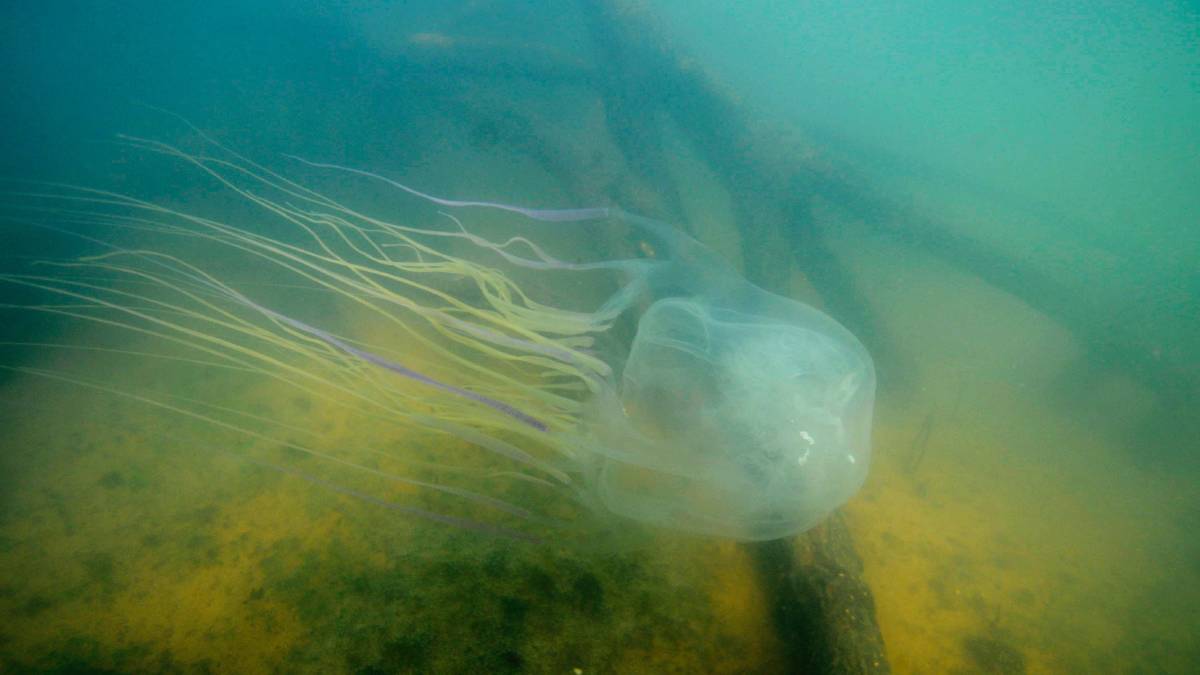 According to Carolyn, Sentosa Development Corporation are putting up signs to warn visitors.

But in case of any accidents, take note of the tips provided by Marine Stewards, along with the relevant helplines you can contact when the need arises.